The Duke and Duchess of Cambridge joined Her Majesty and other royals for the annual Commonwealth Day service at Westminster Abbey. 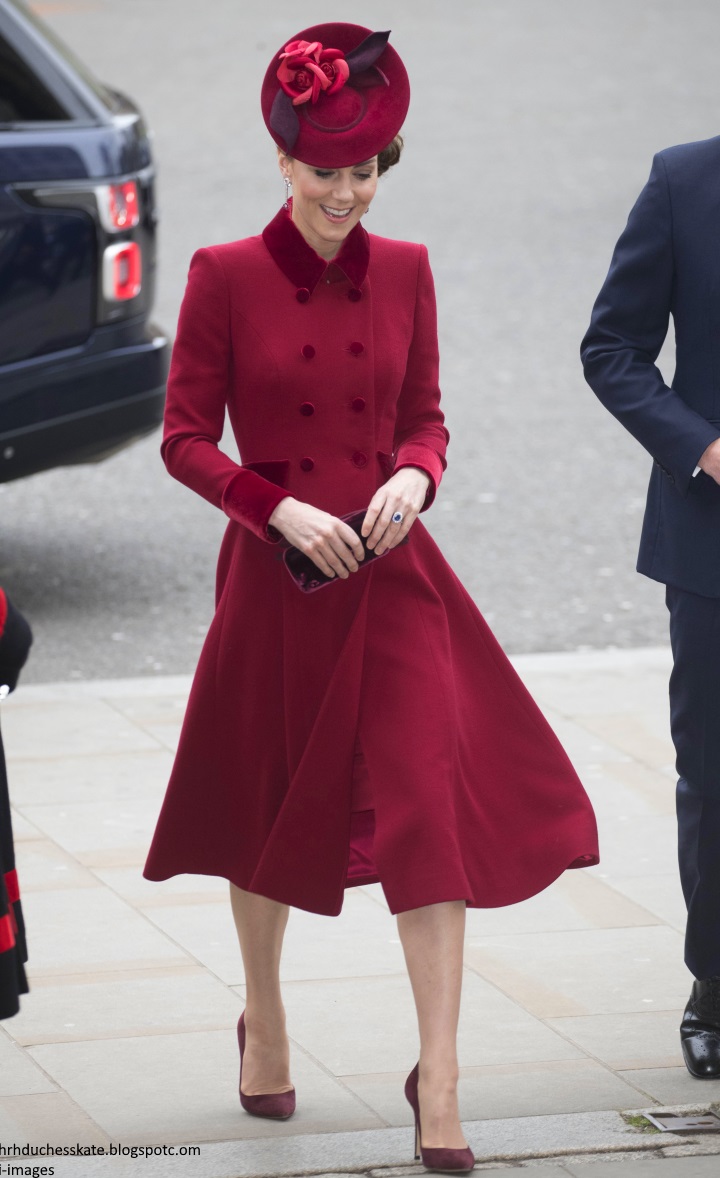 The annual event is considered the highlight of the Commonwealth year, offering an opportunity to reflect on the ties that bind member nations together and to look to future hopes and plans. The monarchy's links with member nations are also celebrated today. In October, the Duke and Duchess of Cambridge visited Pakistan, I expect a Commonwealth tour for 2020 is in the planning stages. 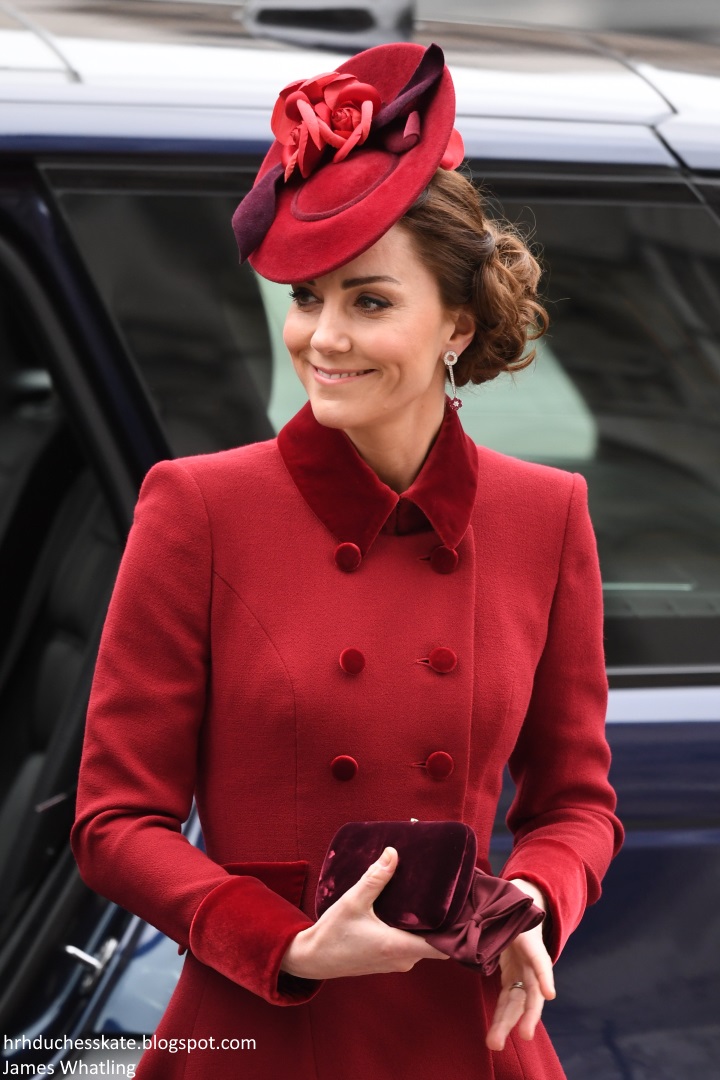 Buckingham Palace said: "The Commonwealth represents a global network of 54 countries, including the Maldives who re-joined earlier this year. Working in collaboration towards shared economic, environmental, social and democratic goals, the Service seeks to highlight a vast community which spans every geographical region, religion and culture, embracing diversity amongst its population of 2.4 billion people, of which 60 percent are under 30 years old." 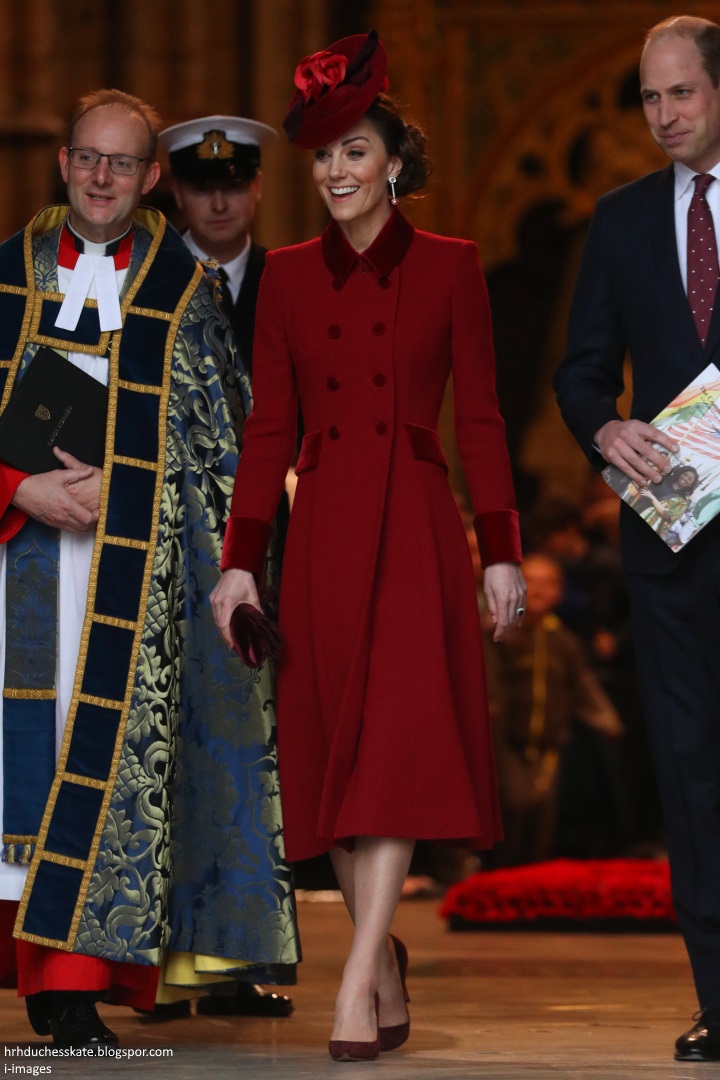 A video of the royals arriving.


The Duke and Duchess of Sussex arriving. 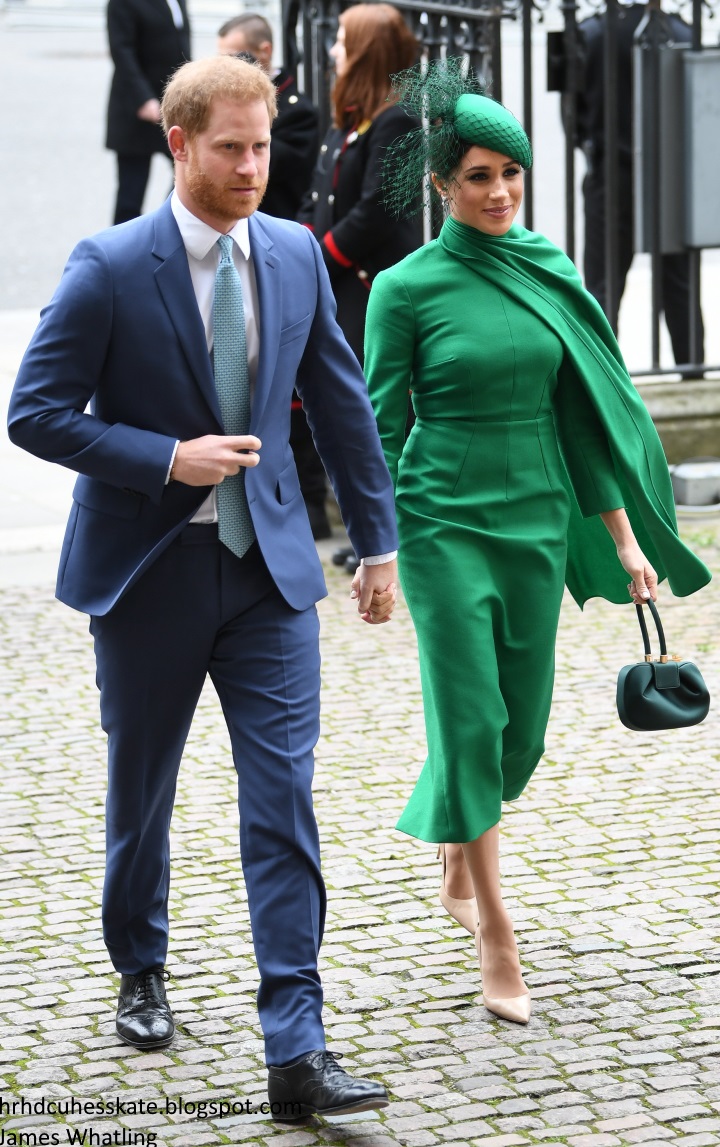 The Earl and Countess of Wessex were also in attendance. 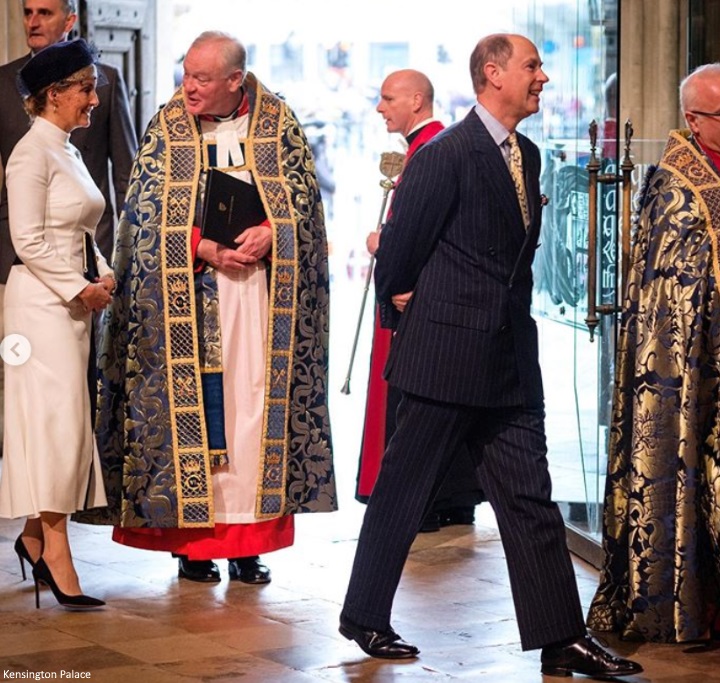 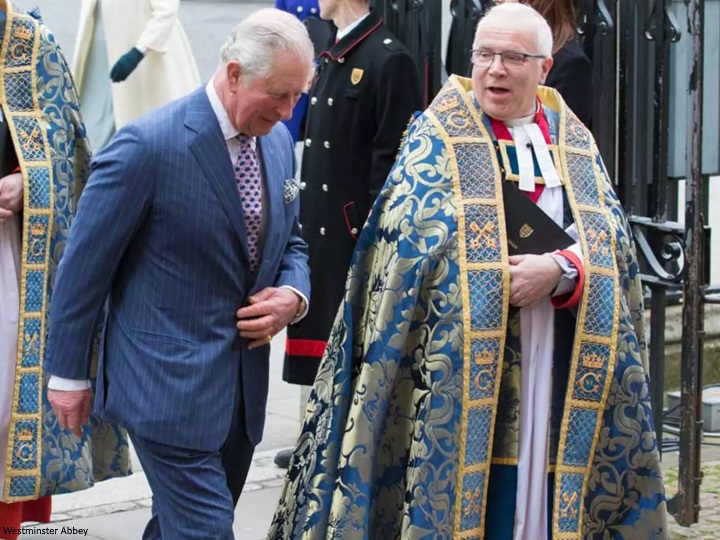 And the Duchess of Cornwall. 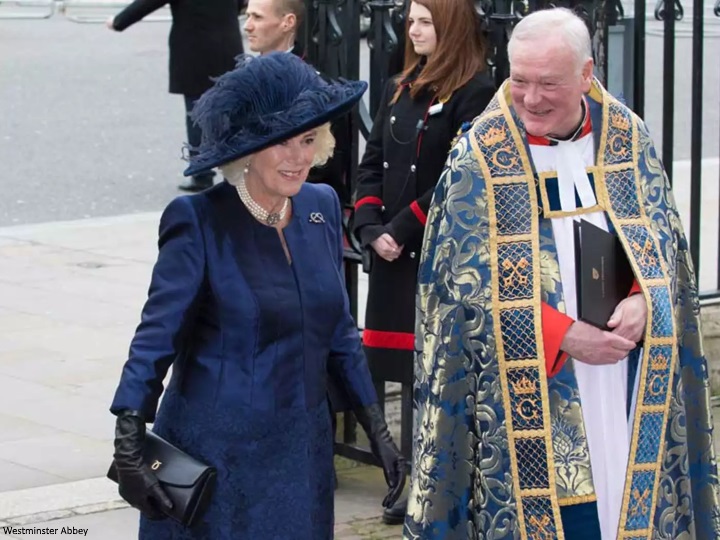 And Her Majesty in blue. 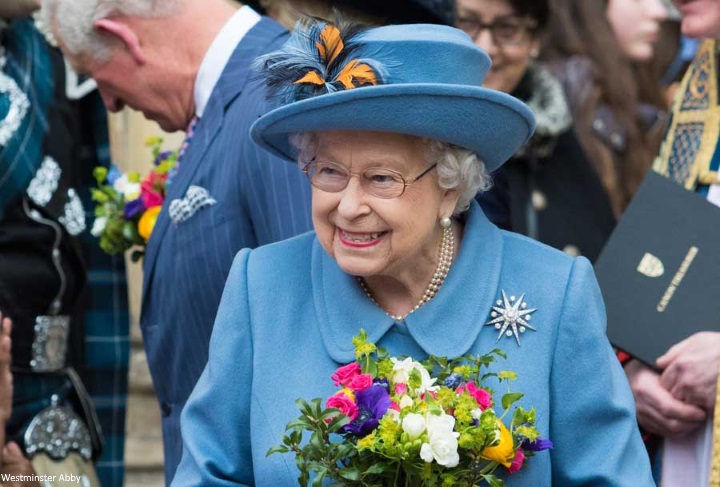 Each year a new theme is proposed to the Secretary-General of the Commonwealth and presented to the Queen for approval. The chosen theme very much leads the agenda throughout the year in terms of activities, plans and areas of focus.  The Commonwealth theme for 2020 is ‘Delivering A Common Future: Connecting, Innovating, Transforming', placing emphasis on youth, the environment, trade, governance, and ICT (Information and Communications Technology) and innovation. 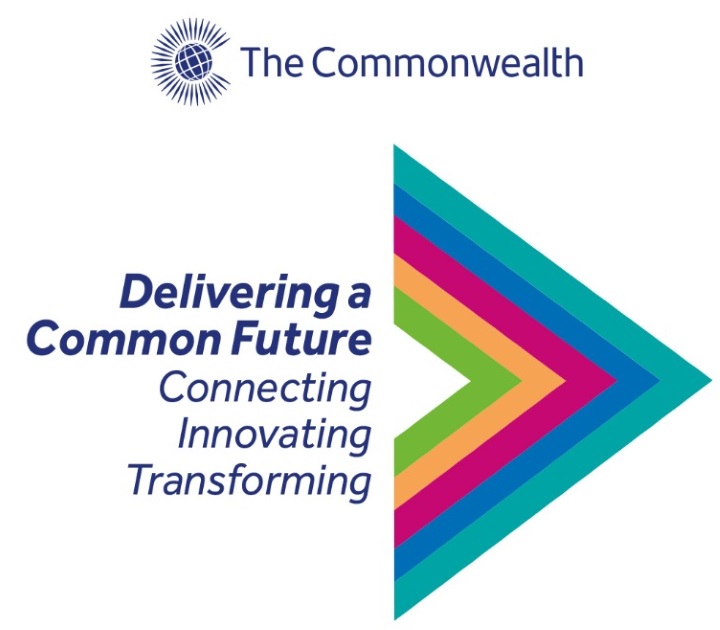 From a firm focus on preserving the planet and its natural resources to supporting and empowering youth and highlighting fair business and trade, the service celebrates the Commonwealth's continued commitment to delivering a peaceful, prosperous and more sustainable future for all. 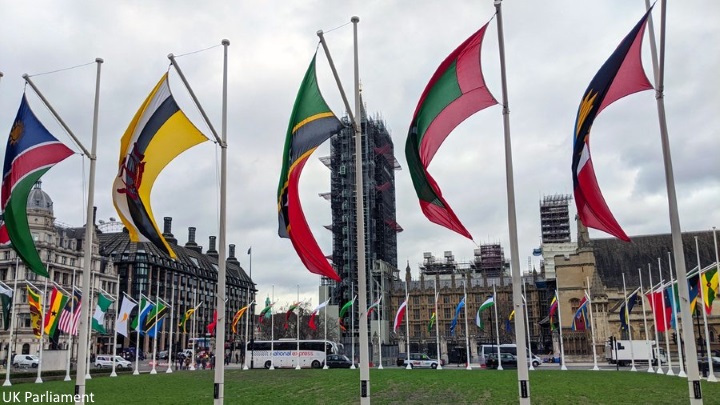 In the Queen's Commonwealth Day message, she highlighted the diversity of our "worldwide family".

'On Commonwealth occasions, it is always inspiring to be reminded of the diversity of the people and countries that make up our worldwide family. We are made aware of the many associations and influences that combine through

Commonwealth connection, helping us to imagine and deliver a common future. This is particularly striking when we see people from nations, large and small, gathering for the Commonwealth Games, for meetings of Commonwealth governments, and on Commonwealth Day. Such a blend of traditions serves to make us stronger, individually and collectively, by providing the ingredients needed for social, political and economic resilience.

Throughout my life, I have had the opportunity to see and hear how membership of the Commonwealth family means so much to those living in all parts of the world, often in places that are quite remote. Advances in technology and modern media have now enabled many more people to witness and enjoy - with remarkable immediacy - this experience of Commonwealth connection, in areas such as education, medicine and conservation.

Looking to the future, this connectivity means we are also aware, perhaps as never before, that wherever we live, our choices and actions affect the well-being of people and communities living far away, and in very different circumstances. For many, this awareness awakens a desire to employ our planet’s natural resources with greater care, and it is encouraging to see how the countries of the Commonwealth continue to devise new ways of working together to achieve prosperity, whilst protecting our planet.

As members of this very special community, on this Commonwealth Day, I hope that the people and countries of the Commonwealth will be inspired by all that we share, and move forward with fresh resolve to enhance the Commonwealth’s influence for good in our world.'


The Edinburgh Tattoo performed traditional Scottish music and dancing outside the abbey as guests arrived. 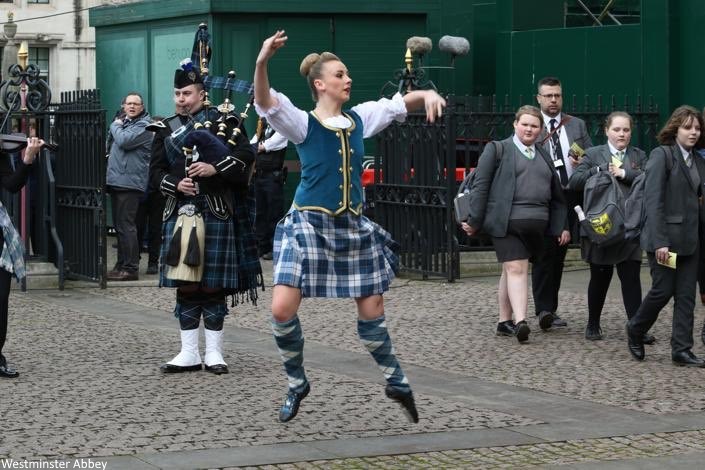 Beautiful floral arrangements inside the abbey. 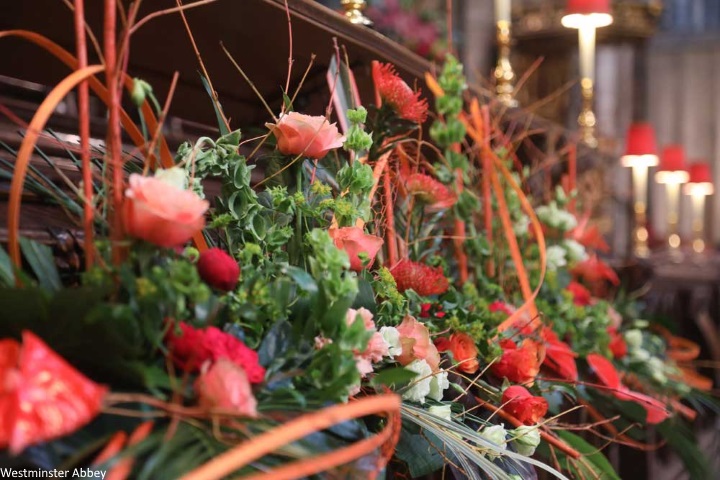 A 2,000 strong guest list included the Prime Minister, the Commonwealth Secretary-General, the Rt Hon Patricia Scotland QC, alongside High Commissioners, Ambassadors and dignitaries, senior politicians from across the UK and Commonwealth, faith leaders and over 800 school children and young people.

There was one notable change in today's proceedings compared to recent years. Neither the Cambridges nor the Sussexes joined the Queen, the Prince of Wales and the Duchess of Cornwall in the procession. Today marks Harry and Meghan's last engagement as senior royals and given the emphasis would have been placed on "body language" and "gestures" between the royals, I imagine it was decided it was best for the young royals to walk straight to their seats and keep the focus on the event as much as possible.

The Duchess of Sussex waves to the Duke & Duchess of Cambridge as they arrive at the #CommonwealthDay Service pic.twitter.com/G5S4382d0w
— Royal Central (@RoyalCentral) March 9, 2020

Kate and Sophie chatting before the Queen arrived.

The State Trumpeters and the Fanfare Team play the fanfare. 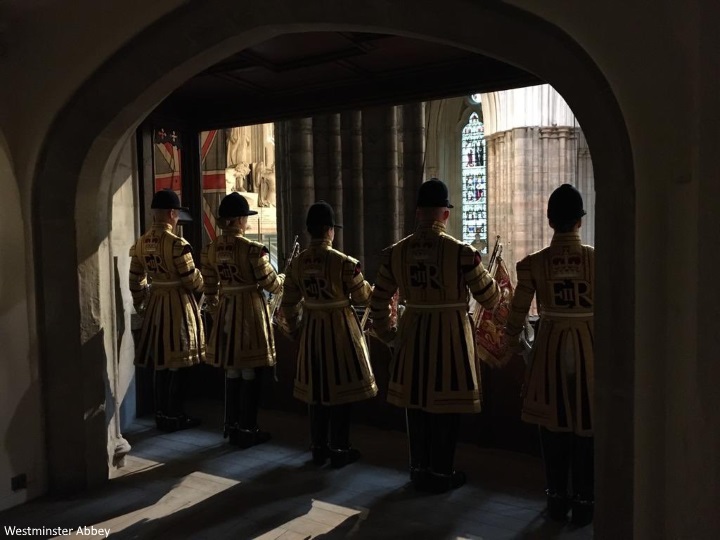 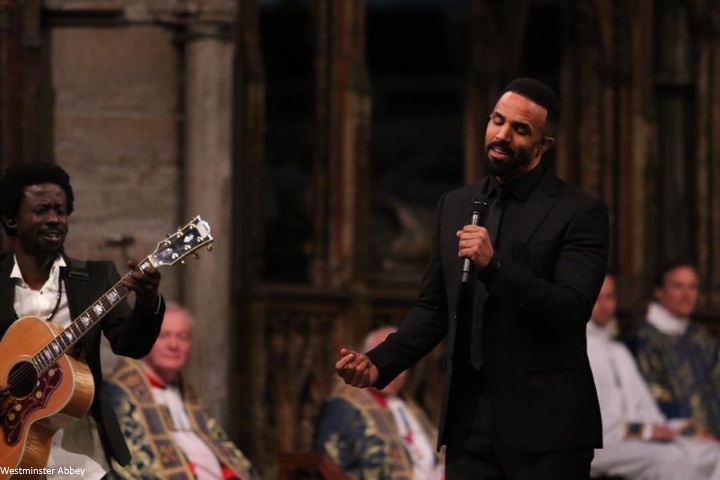 One Drum, a collective of London-based African master drummers and performers, presented ‘Intore’. 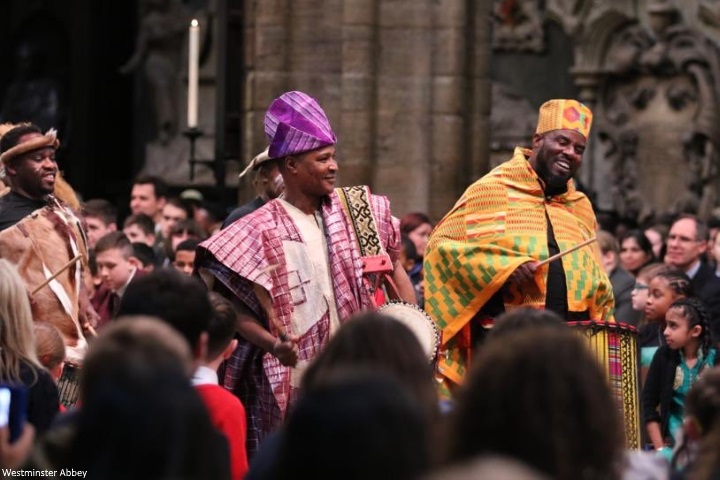 A rousing performance of Ain't No Mountain by Alexandra Burke. 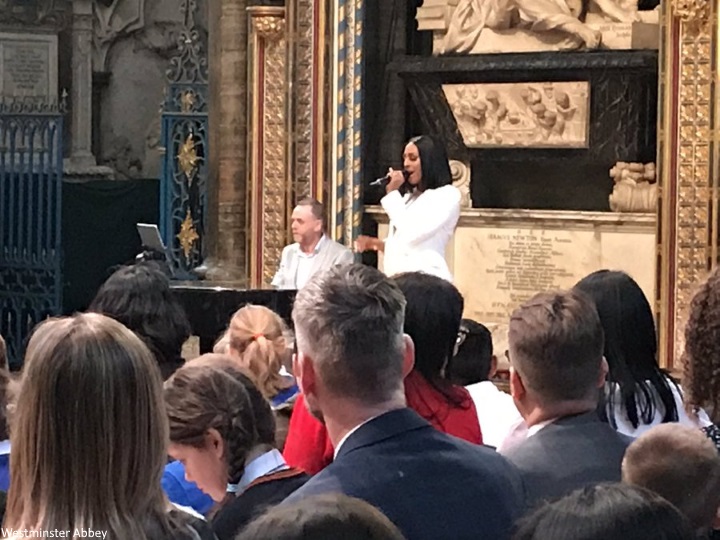 The Queen meets Anthony Joshua who spoke at the service. 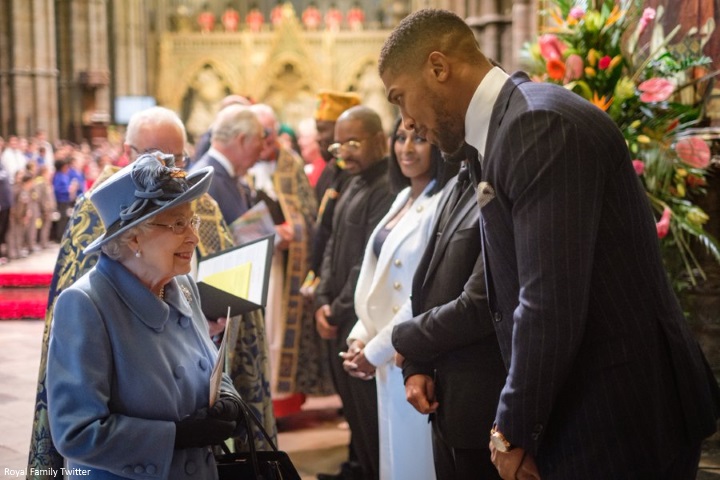 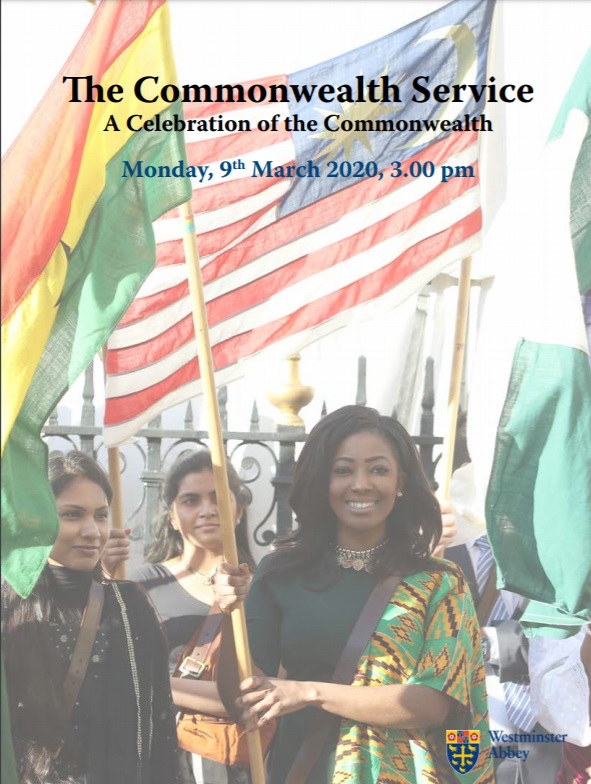 After the service, the Duchess received a posy of flowers. 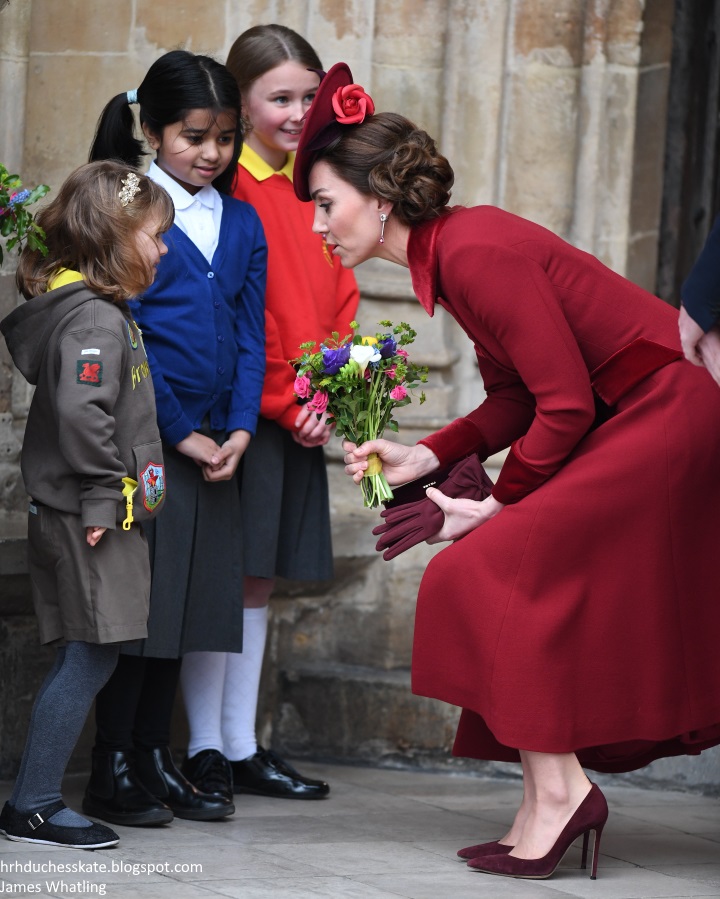 You can watch the service in its entirety below.


The Duchess wore the berry red Catherine Walker coat she debuted on Christmas Day 2018. The double-breasted piece features a full skirt and velvet trim on the collar, cuffs and pockets. 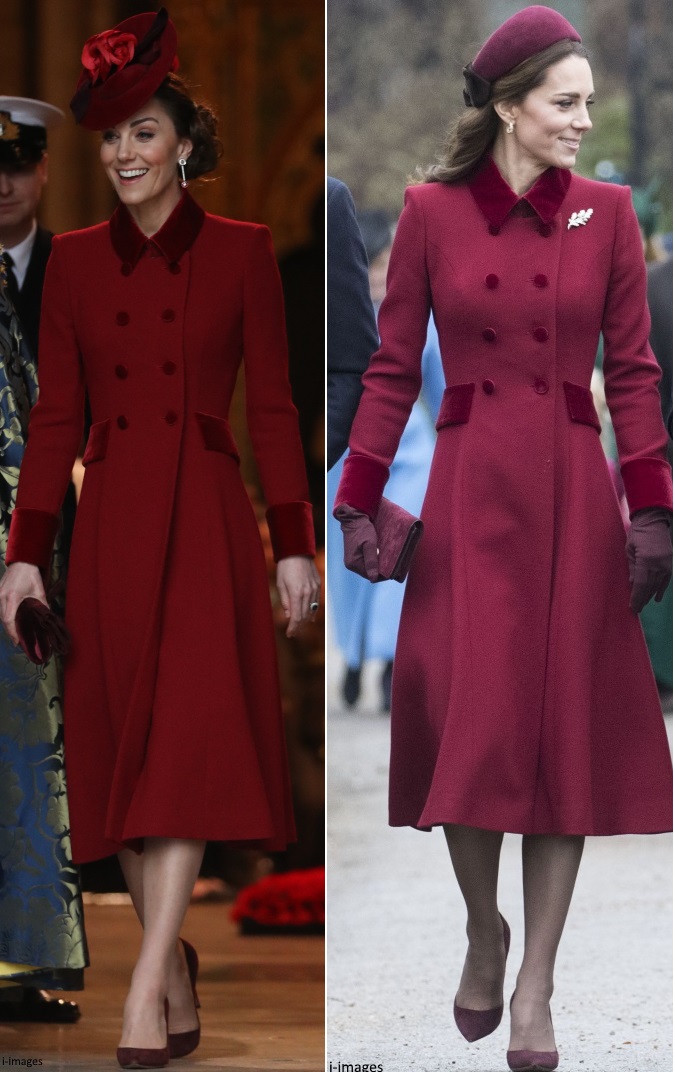 The Duchess wore the SADA Felt Saucer Hat by British milliner Sally-Ann Provan (with thanks to Polka Popp). The £460 piece is described as: "This hand-blocked peachbloom felt saucer style hat is trimmed with hand-made silk camellias in toning shades, and finished with hand-made felt leaves in toning shades" I love the pop of purple - it's a great piece and the new hat offers a freshness to the look as Kate's coat is a repeat. 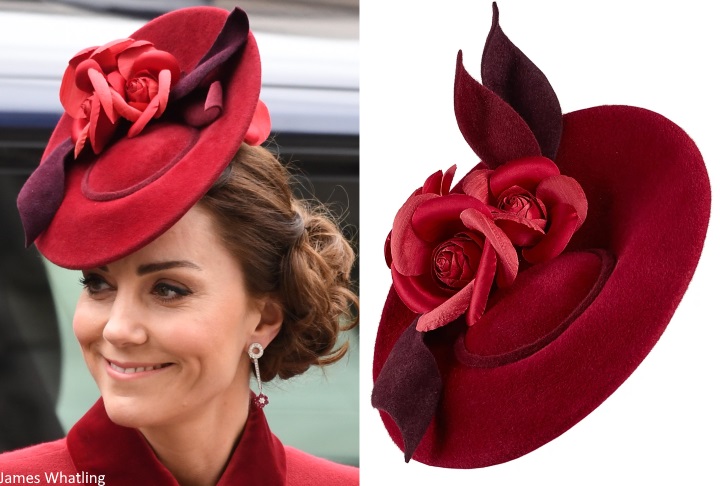 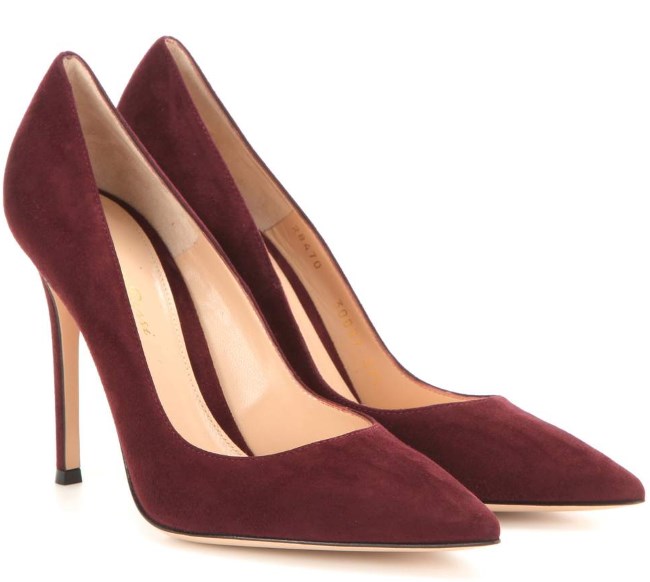 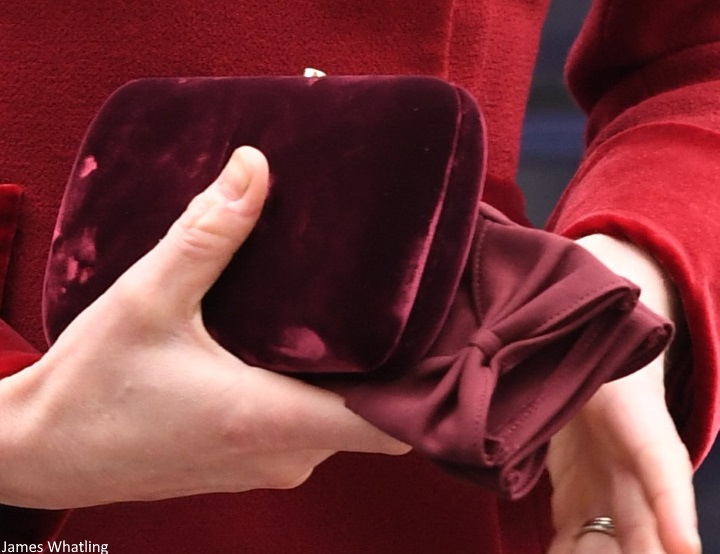 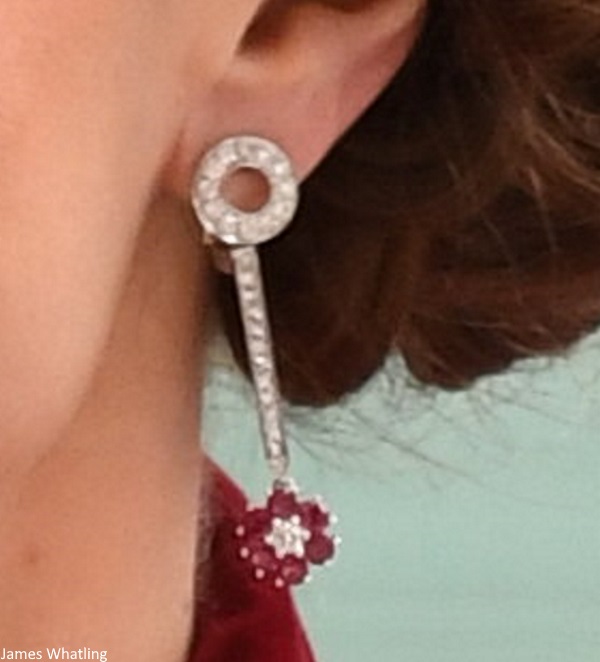 It very much appears they are part of the Mouawad ruby and diamond jewels the Duchess wore for the Sun Military Awards in 2011. Let's hope we see the entire set (and that gown) again very soon. 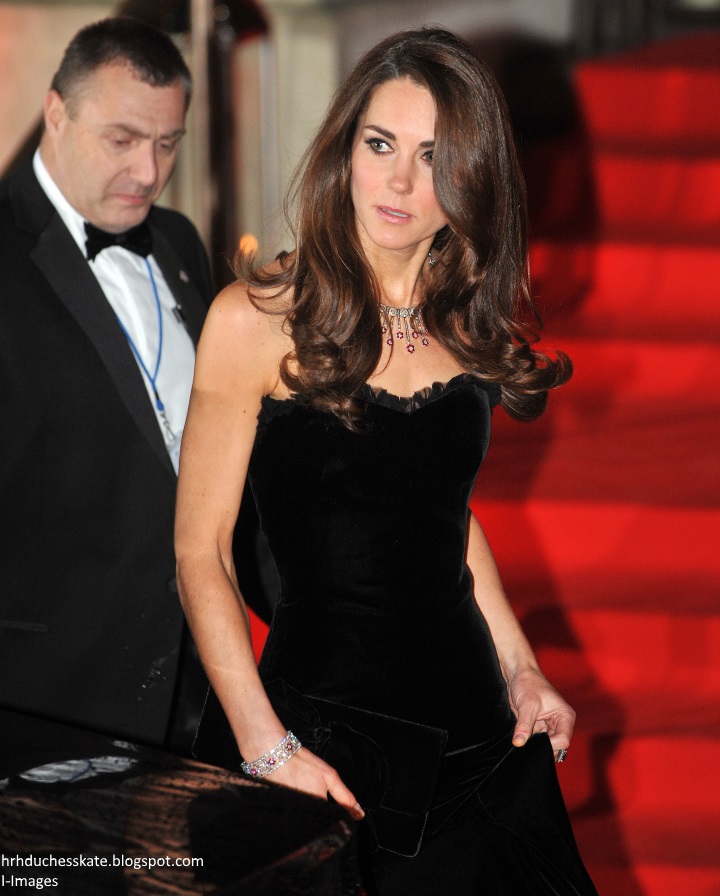 This evening, the Duchess Patron of Place2Be, will host a reception at Buckingham Palace in celebration of Place2Be’s 25th anniversary.