Duchess Kate Steps Out For Children's Book Shopping In London

The Duchess of Cambridge was photographed earlier today leaving Waterstones book shop near Kensington Palace. Kate reportedly purchased a selection of history and military-themed children's books. There are several photos on the Mail Online.

More from the Mail:

'As she carried the Waterstones-themed bag the Duchess was seen opening her own car door as she stepped off the busy pavement amid crowds of people. Kate has a keen interest in the development of young children and could well have been stocking up on books for her own children; Prince George, six, Princess Charlotte, four, and Prince Louis.

Prince William recently revealed that his children are fans of Room on the Broom by Julia Donaldson. It tells the story of a friendly witch who is threatened by a dragon. While on an engagement in South Wales last year, he said of the book: 'I read this to our children all the time.' Ms Donaldson's other popular book, The Gruffalo, is also read in the Cambridge household.'


Kate and William returned from a three-day trip to the Republic of Ireland on Thursday after spending time in Dublin, Kildare, Meath and Galway where they received gifts and letters for the children from well-wishers and Ireland's deputy leader Simon Coveney's three daughters. They shared a glimpse of a handful on Instagram. One reads: "Charlotte I really loved meeting your mommy and daddy." :) 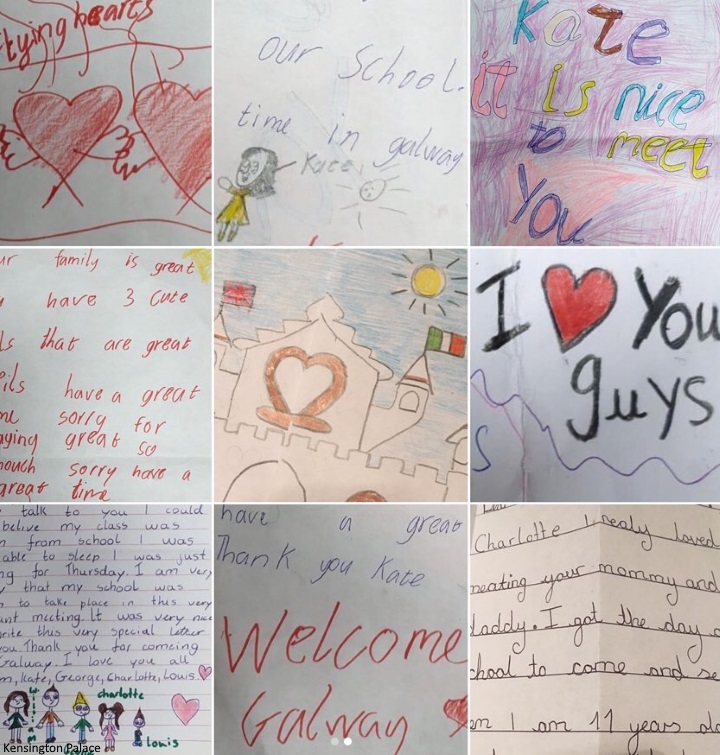 To mark the end of the tour, they shared a lovely photo from their cliff side walk in Howth. "Go raibh míle maith agaibh, a chairde go léir in Éirinn! Thank you to all the wonderful people we met in Ireland!" 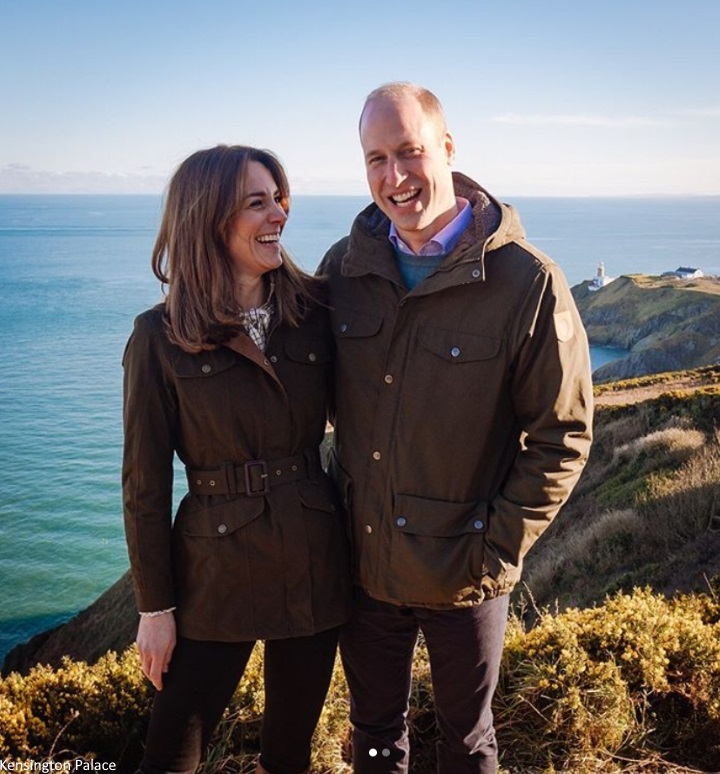 Kate's effortlessly stylish off-duty look included her Mulberry Paddington coat which she's had since 2015. The Duchess publicly wore it in 2016 for visits to HMP Eastwood Park and the Nelson Trust Women's Centre. 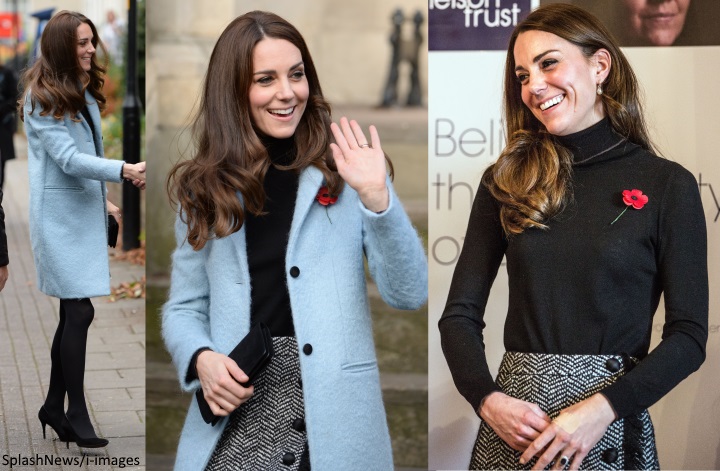 The coat "is designed in a fresh sky-blue hue for fall. Classically tailored, this slightly loose style has been cut in Italy from a luxurious wool-blend with a tactile touch of mohair - guaranteed to keep you warm without weighing you down. It's fully lined to slip on easily". 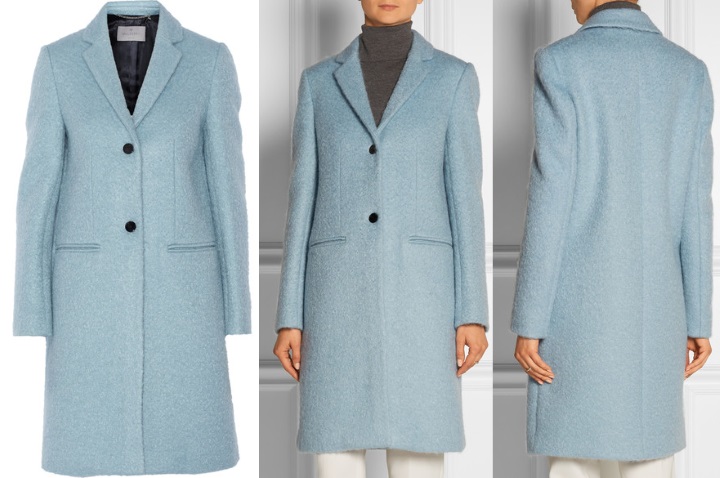 ...and Kate's handbag as the Smythson Ludlow Concertina Crossbody Bag. It's described as: "Compact and functional—each bag features a chain and leather strap, two internal pockets and plenty of space to fit even the largest mobile phones. Crafted from soft large grained leather with smooth calf leather details, this is a bag you can rely on day in, day out." It's available in several colours on the Smythson website for £595.

We'll see the Cambridges on Monday afternoon for the Commonwealth Day service. That evening, Kate will host a reception at Buckingham Palace in celebration of Place2Be’s 25th anniversary.
Posted by Admin at 19:20:00