It was an evening on the West End for the Duke and Duchess of Cambridge! The couple visited the Noël Coward Theatre for a special performance of 'Dear Evan Hansen', which was held in aid of The Royal Foundation. 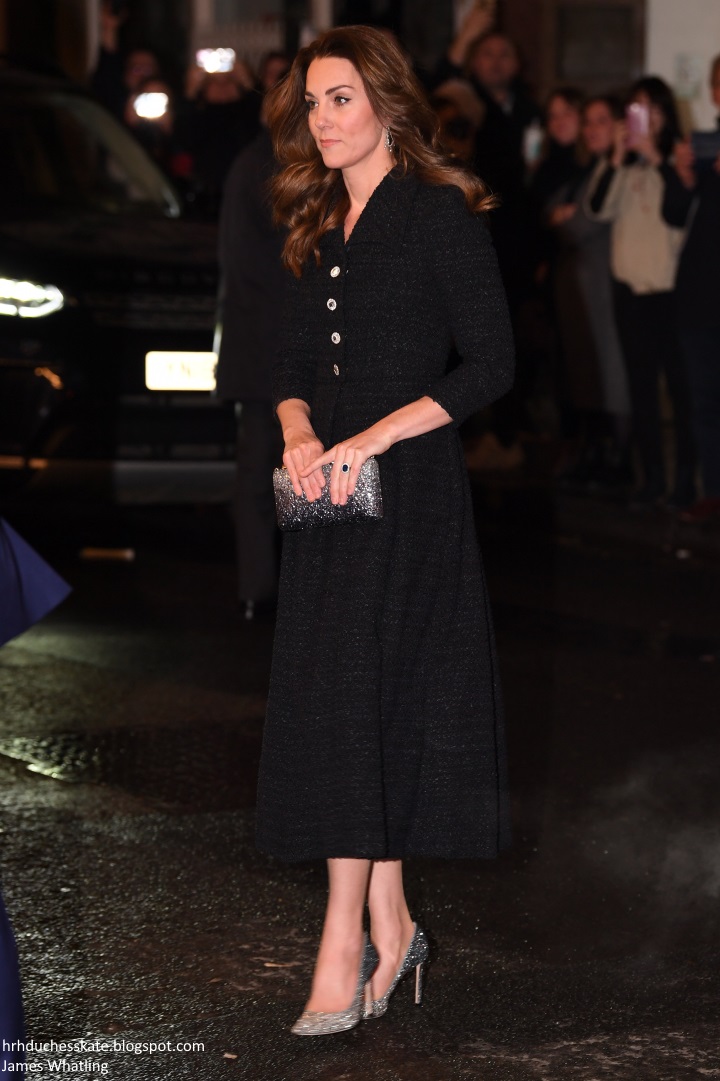 The Cambridges spent last week with the children in Norfolk over George and Charlotte's half term break from Thomas's Battersea. In his role as patron of the Welsh Rugby Union, William travelled to Cardiff on Saturday to watch the team in a Six Nations match. Speaking to former player Rhian Roberts, he said the family had been lambing during the week. "We’ve been lambing with the children this week. Charlotte wasn’t sure at first but George was straight in there. Louis loves the tractors. They love seeing the lambs and feeding the lambs." We've heard Kate speak quite a bit about the importance of spending time outdoors with the children and her love of country life. During her conversation with Giovanna Fletcher she revealed she is happiest when "I’m with my family outside in the countryside and we’re all filthy dirty." Kate added she has found "a new enjoyment out of life" since becoming a mum. She's dedicated to giving her own children all the same experiences she had growing up in leafy Berkshire, which is why spending school holidays at Anmer is so important to them. 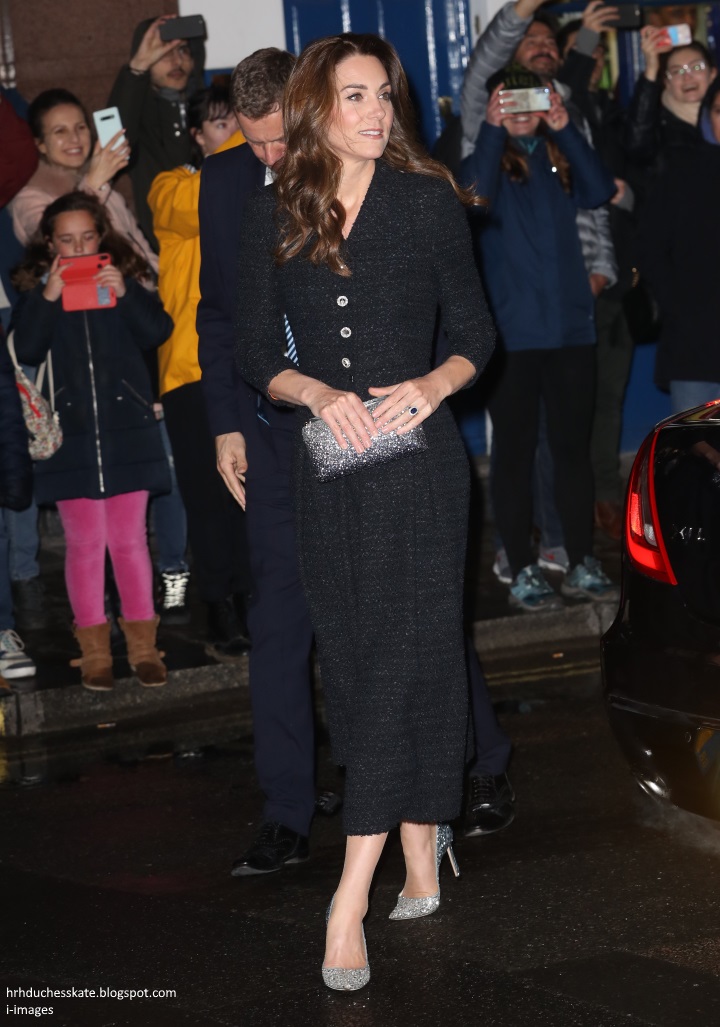 The Tony award-winning musical tells the story of a boy who is "struggling to connect in our hyperconnected world". "More from the official website: "A letter that was never meant to be seen, a lie that was never meant to be told, a life he never dreamed he could have. Evan Hansen is about to get the one thing he’s always wanted: a chance to finally fit in. Both deeply personal and profoundly contemporary, Dear Evan Hansen is a new musical about life and the way we live it." 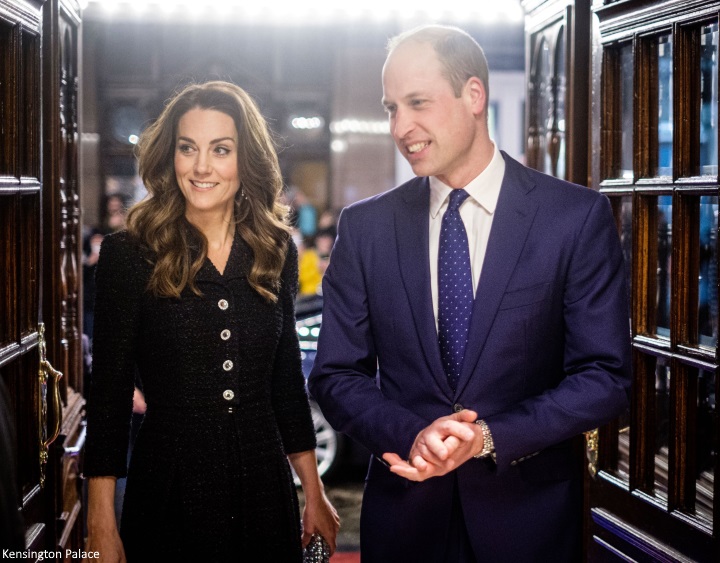 The cast performing a rendition of 'You Will Be Found', an inspiring song from the musical.


The Washington Post described it as "One of the most remarkable shows in musical theatre history". It's playing at the Noël Coward Theatre until late June.

Kensington Palace said: "The musical spans generations and has been credited with helping to start important conversations about mental health between parents and teenagers. The issue of mental health is a key priority for The Royal Foundation which works to tackle the stigma and encourage more people to talk openly about their mental health. Shout 85258, a free and confidential 24/7 UK text messaging helpline that supports people in crisis and was developed by The Royal Foundation, is one of four not-for-profit partners of the show which provide mental health resources to audiences and beyond." Cast member Marcus Harman is already acquainted with the Duke and Duchess - he
performed at Shout's crisis volunteer celebration last November. 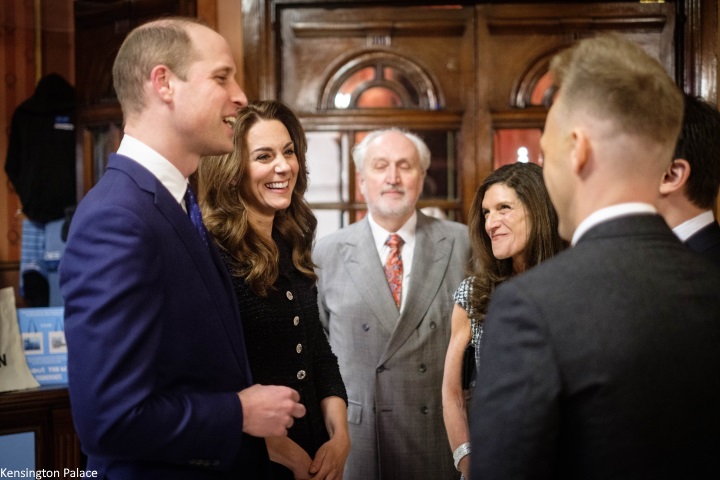 More from the Palace:

'The Duke of Cambridge is currently spearheading Heads Up, a season-long campaign which uses the influence and popularity of football to show the nation that mental health is just as important as physical health. It follows on from the Heads Together campaign which convened eight charity partners with one voice, encouraged more people in Britain to talk openly about mental health than ever before, and led to more people accessing services as a result.

The Royal Foundation is also supporting efforts to provide children with the best possible start in life, recognising that with greater focus on the early years, we can better provide solid social and emotional platforms for children to make them healthier and more resilient later in life.

In January, the Duchess of Cambridge launched a nationwide survey on the early years – ‘5 big questions on the under 5s’. Conducted by Ipsos MORI, it aims to spark the biggest ever conversation on early childhood that will ultimately help bring about lasting change for generations to come. The survey follows eight years of work by the Duchess of Cambridge in which she has explored how experiences in early childhood often lie at the root of the hardest social challenges the country faces today.'


William and Kate met members of the cast backstage. 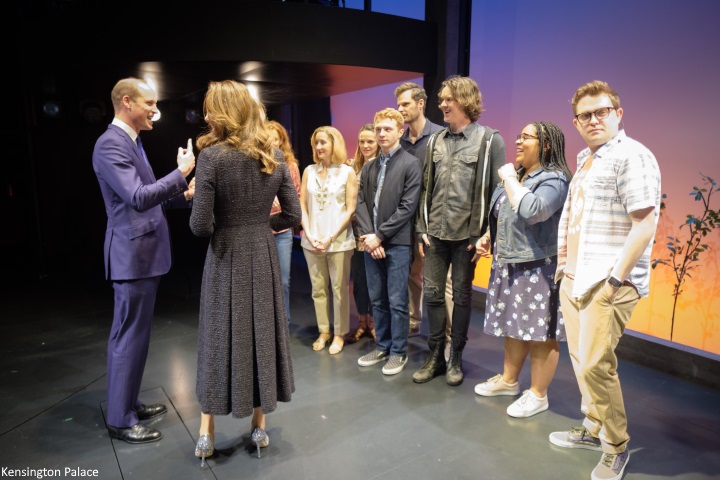 'In a programme note, William said: "Catherine and I are delighted to join you this evening for a special charity performance of Dear Evan Hansen at the Noel Coward Theatre. One of the issues that we care passionately about is mental health and we are pleased that Dear Evan Hansen is helping to start important conversations between parents and teenagers about this important subject. Through initiatives including Heads Together and Heads Up, the Royal Foundation is helping tackle the stigma and change the conversation around mental health.

"We are particularly proud that Shout, a mental health support service launched by the Royal Foundation, is one of four not-for-profit partners of Dear Evan Hansen providing mental health resources to audiences of the show. As we look to the future, we will continue to deliver ambitious change and genuine, sustainable solutions to some of the biggest challenges we face - including the environment and ensuring young people get the best possible start in life." 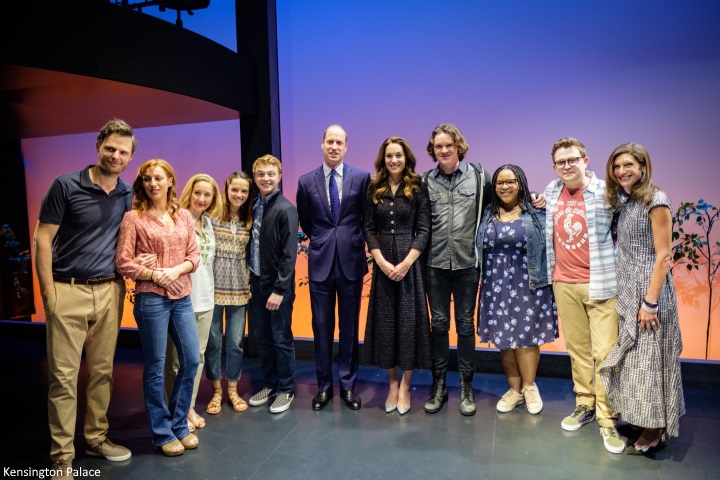 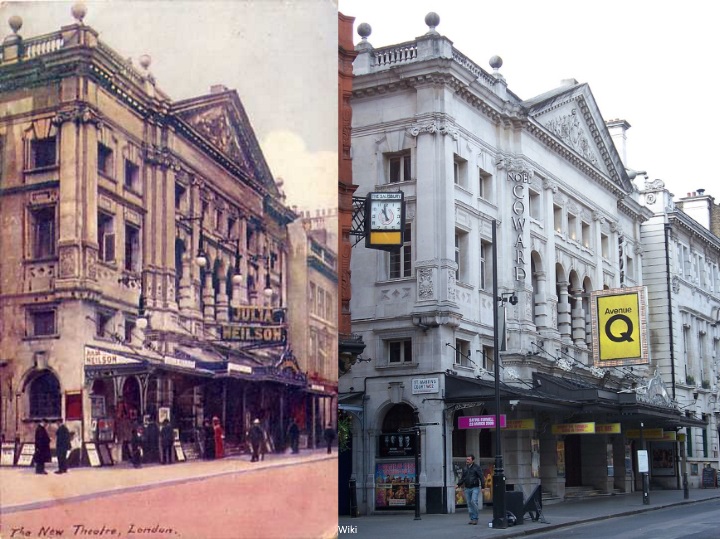 Coward was one of Britian's greatest playwrights and actors. Many of his works remain hugely popular in theatre repertoire. Below, Coward and Gertrude Lawrence in the 1931 production of Private Lives on Broadway. 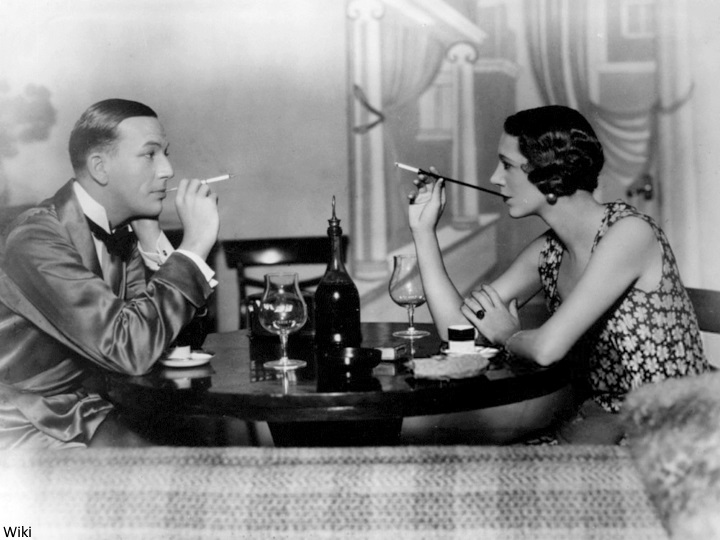 In 1983, Elizabeth Taylor and Richard Burton took on the roles of Amanda and Elyot in Private Lives. In recent times, a revival at the Vaudeville Theatre in London starred Matthew McFayden and Kim Cattrall. Coward is also known for Hay Fever, Design For Living and Blithe Spirit. The classic 1945 romantic drama Brief Encounter was based on the playwright's 1936 one-act play Still Life. A wave from the Duchess as she was leaving. 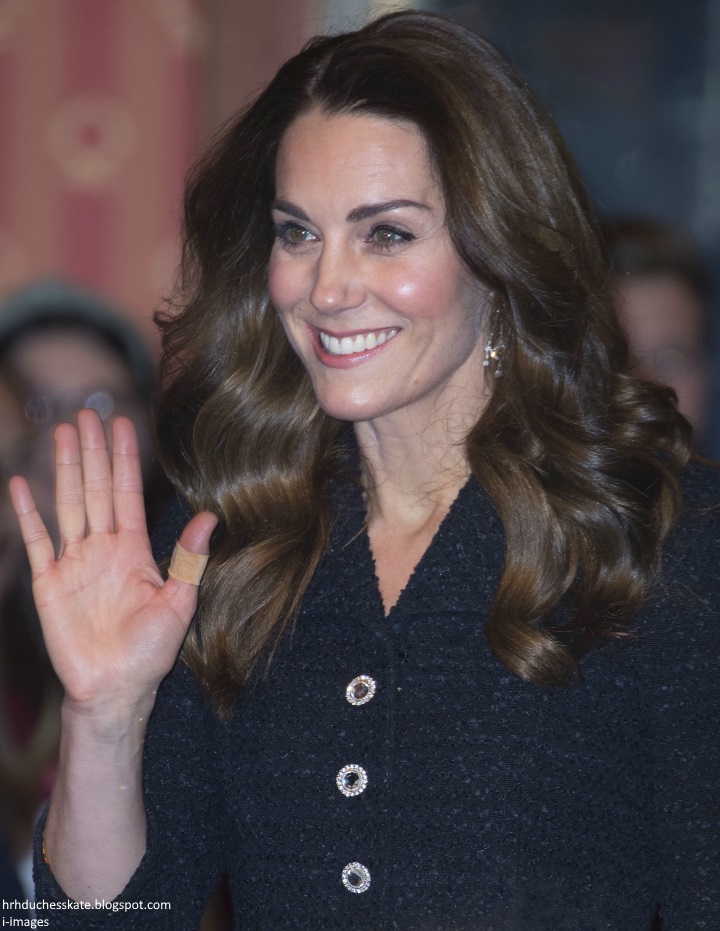 A wrap up video from the night.


🗣️ The musical @DearEvanHansen has been credited with helping to start important conversations about mental health between parents and teenagers.

The issue of mental health is a key priority for The Royal Foundation, who developed the free @GiveUsAShout text line 📱 pic.twitter.com/4DjCiqB9y0
— Kensington Palace (@KensingtonRoyal) February 26, 2020

The Duchess was elegant in a black bouclé dress with a pointed collar and pleated skirt from Eponine London's Autumn/Winter 2018 Collection. 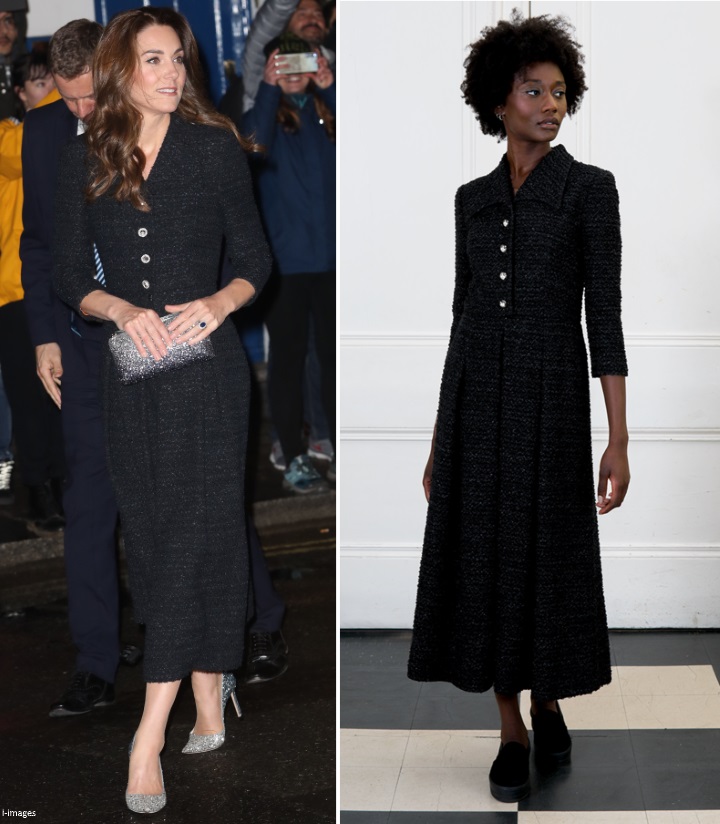 Kate's piece is a bespoke version with different buttons and collar detail. 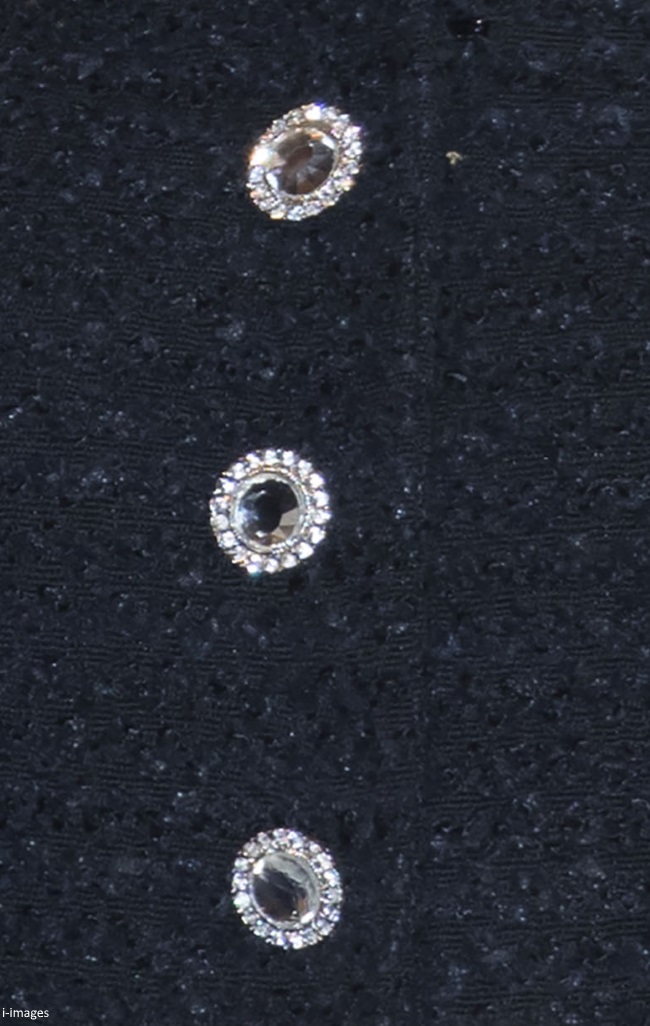 The womenswear brand is inspired by the timeless lines of the fifties and sixties. Founded by designer Jet Shenkman, Eponine was born from her passion for clothes with a unique, relaxed silhouette. Jet’s years of styling experience have equipped her with an expert eye for precision and an innate understanding of the female form. Every garment is designed and made in London for women who seek out individuality and who desire to be both chic and contemporary. Kate's worn their designs on several occasions. 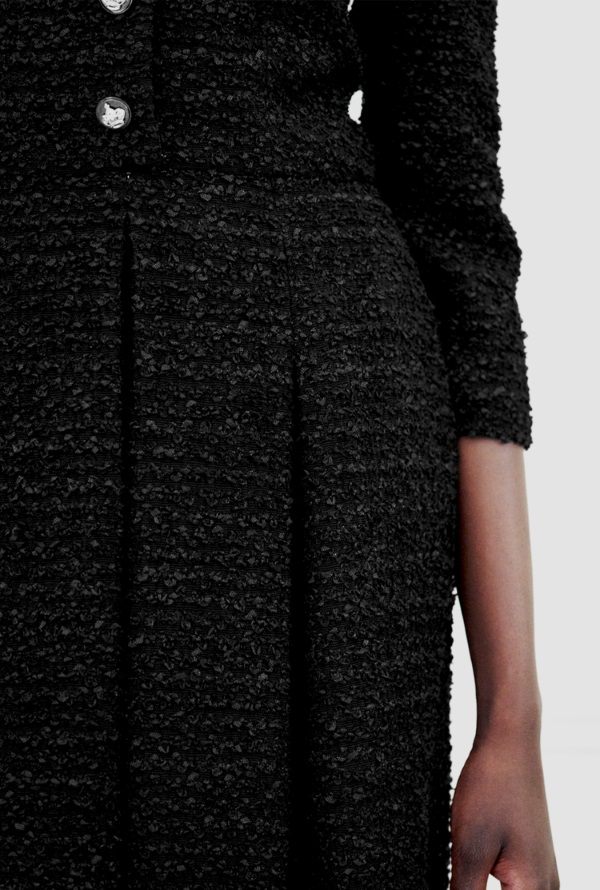 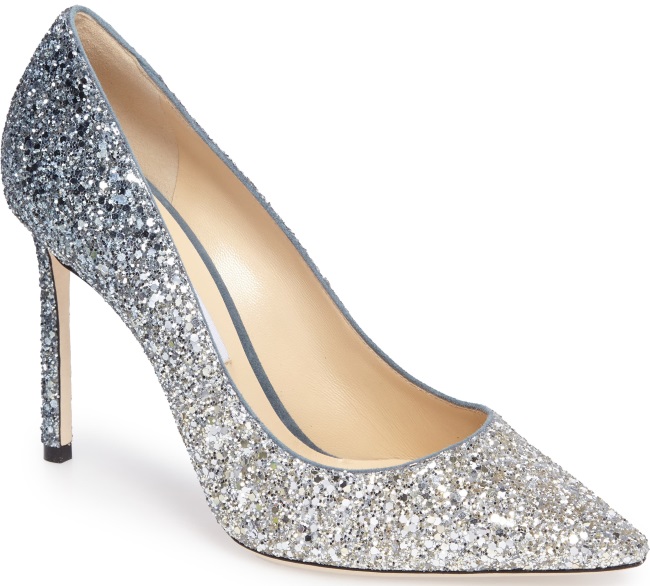 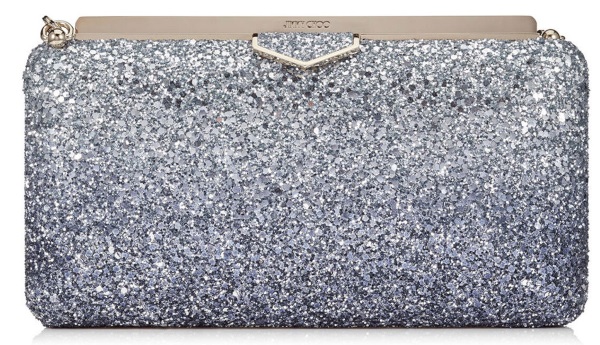 And completed the look with the Queen's chandelier diamond earrings. We've seen Kate wearing them on multiple occasions over the years. In other news, the Duke and Duchess will undertake their first official visit to Ireland next week. We may not see the full itinerary until much closer to the visit (or potentially on the day they arrive). Yesterday, KP revealed the couple will spend the three-day trip in Dublin, Meath, Kildare and Galway.

'The Duke and Duchess of Cambridge will undertake an official visit to Ireland between Tuesday 3rd March and Thursday 5th March, at the request of the Foreign and Commonwealth Office.

The visit, which will see Their Royal Highnesses spend time in Dublin, County Meath, County Kildare and Galway, will highlight the many strong links between the UK and Ireland.

From its thriving cities to rural communities, the programme will take in Ireland’s rich culture, its impactful community initiatives and spectacular scenery. Following Her Majesty The Queen’s historic visit in 2011, the visit will also focus on the relationship between the two countries, and build on the theme of remembrance and reconciliation.

During the three-day tour, The Duke and Duchess will learn about local organisations working to support and empower young people and projects which provide opportunities to help them develop important life skills. Their Royal Highnesses will also hear more about Ireland’s conservation initiatives and efforts to protect its environment, with a particular focus on sustainable farming and marine conservation.

2020 will see Galway host the European Capital of Culture on behalf of Ireland – a showcase of events highlighting the richness and diversity of Irish culture, art and sport. During their time in Galway, The Duke and Duchess will have the opportunity to experience a taste of modern and traditional Irish culture for themselves.

Throughout the visit, Their Royal Highness will meet a broad range of people, including the President, the Taoiseach and senior political leaders, children and young people, and those working in the creative arts, business and charity sectors.

The UK’s links with Ireland are extensive, and The Duke and Duchess are looking forward to building a lasting friendship with the Irish people.'

I'm very much looking forward to seeing the itinerary, it should be a very interesting visit. Before that, we'll see Kate tomorrow for a a SportsAid event dedicated to celebrating the role that parents and guardians play in their child’s sporting success.
Posted by Admin at 19:31:00