Family & Friends Gather For Sunday Service Ahead Of Kate's Birthday

As they come to the end of their Christmas break and prepare to return to London ahead of term commencing at Thomas's Battersea on Tuesday, the Duke and Duchess of Cambridge joined the Queen for Sunday service at St Mary's this morning. 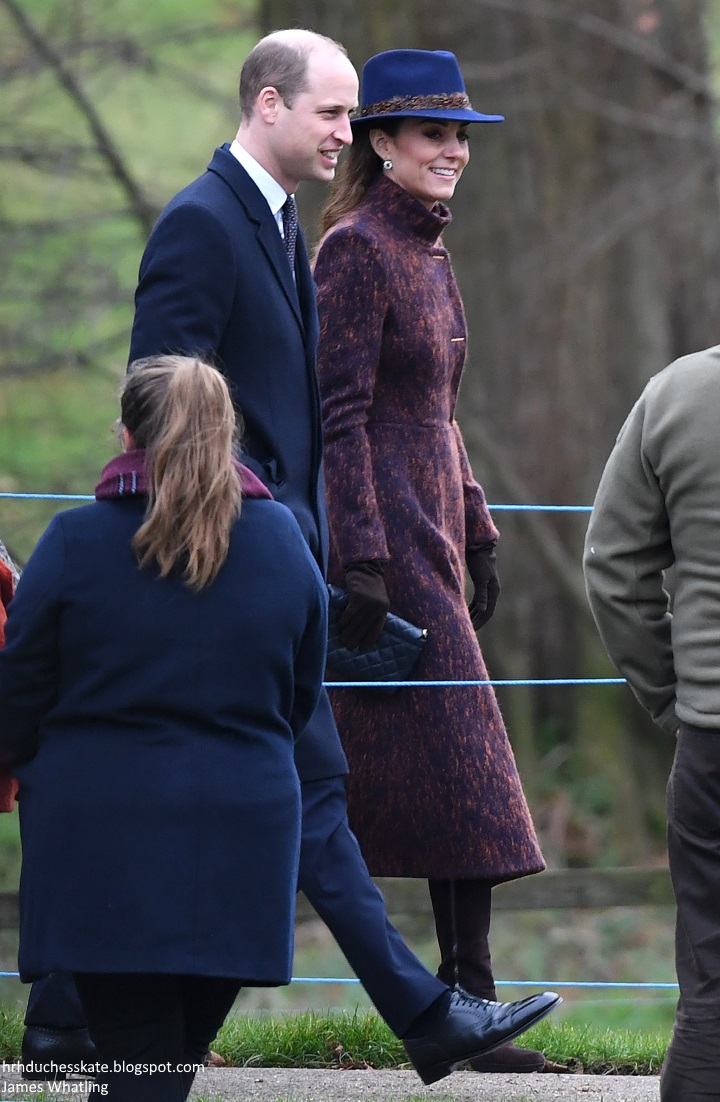 Of course, the Duchess celebrates her 38th birthday on Thursday. 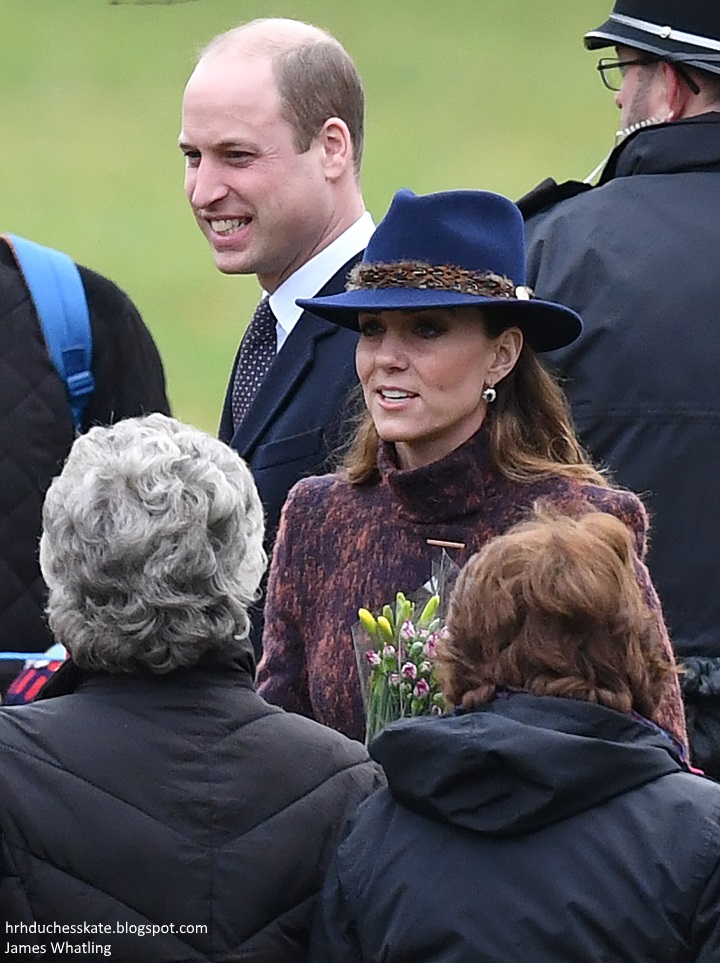 To mark the occasion, the couple have continued their tradition of inviting family and close friends for a weekend at Anmer Hall. 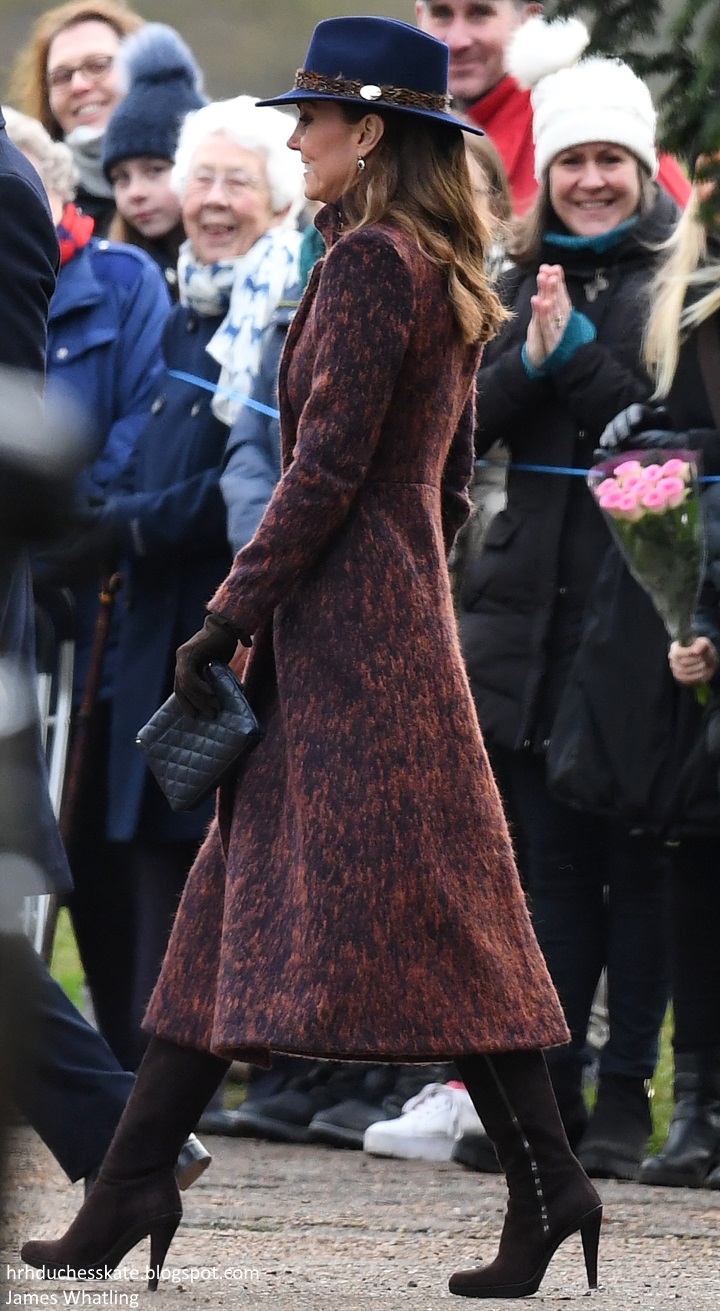 The close-knit group includes James and Laura Meade. James is Charlotte's godfather and Laura was chosen as one of Louis' godparents. They were accompanied by George's godmother Emilia Jardine-Paterson and her husband David. Other godparents and friends in attendance were Oliver Baker and neighbours the Marquess and Marchioness of Cholmondeley. 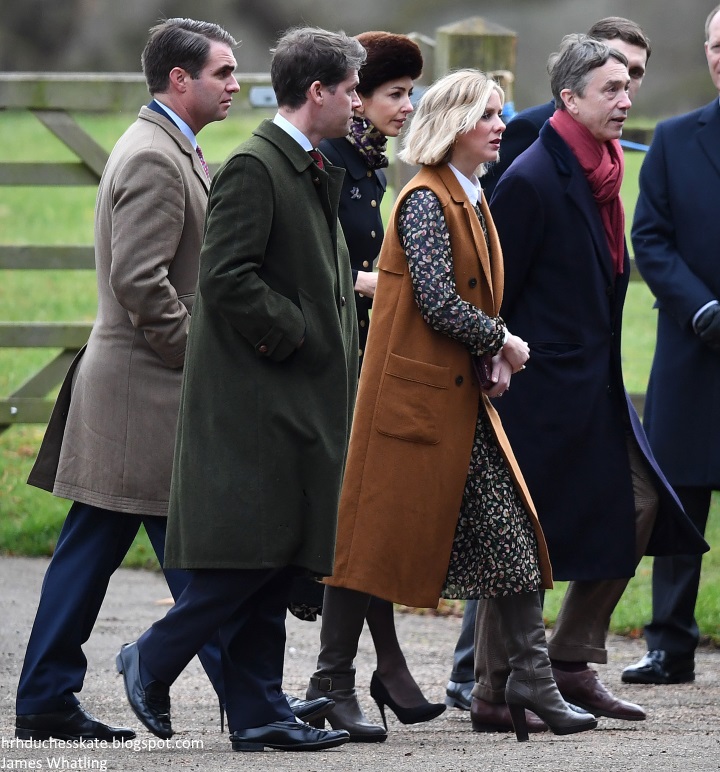 Michael and Carole Middleton were also in attendance. Carole's wearing a coat she's sported on several occasions including Christmas Day in Bucklebury 2012. They enjoyed a sun soaked holiday over Christmas with Pippa and her husband James Matthews, and James Middleton and his fiancée Alizee Thevenet in St Barts. No doubt over dinners and drinks at Anmer, there's been plenty of discussion about the upcoming wedding which is due to take place this year. 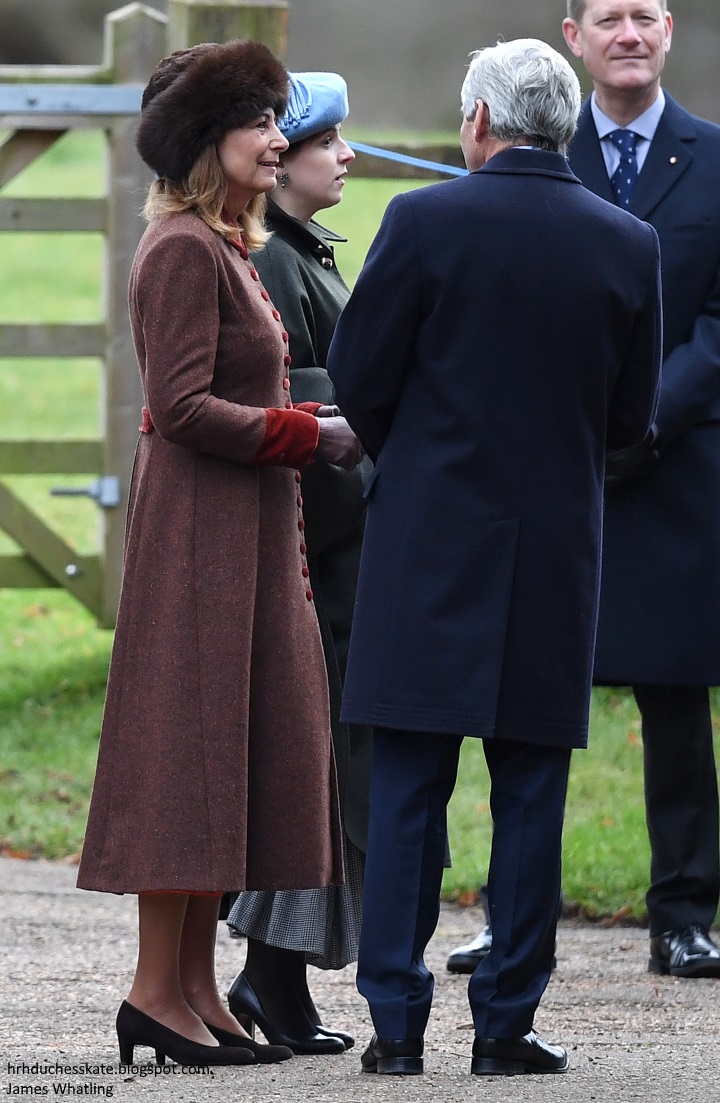 James Middleton's upcoming nuptials are not the only ones on the cards among the set. One of William's closest friends Thomas van Straubenzee will marry Lucy Lanigan O Keefe, a teacher at Thomas's Battersea, later this year (Was there any royal matchmaking involved?) After Thomas' short lived marriage to 'Hogwarts Heiress' Melissa Percy, there were rumours he had rekindled his romance with Kate's friend and Charlotte's godmother Sophie Carter. However, that was evidently not the case as Sophie married Robert Snuggs in 2018 and Thomas found love again with Lucy. The Times reports George, Charlotte and perhaps Louis will be page boys and flower girls at the wedding. 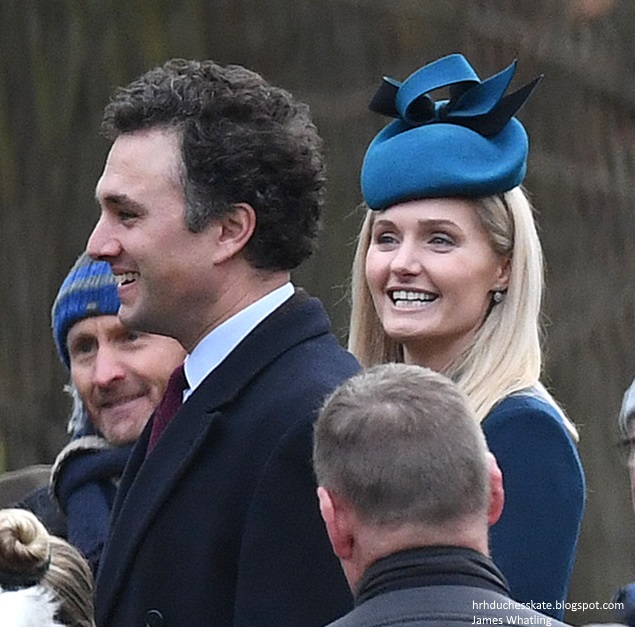 The Queen arriving in purple.

Kate greeting well-wishers with Laura Meade after the service. 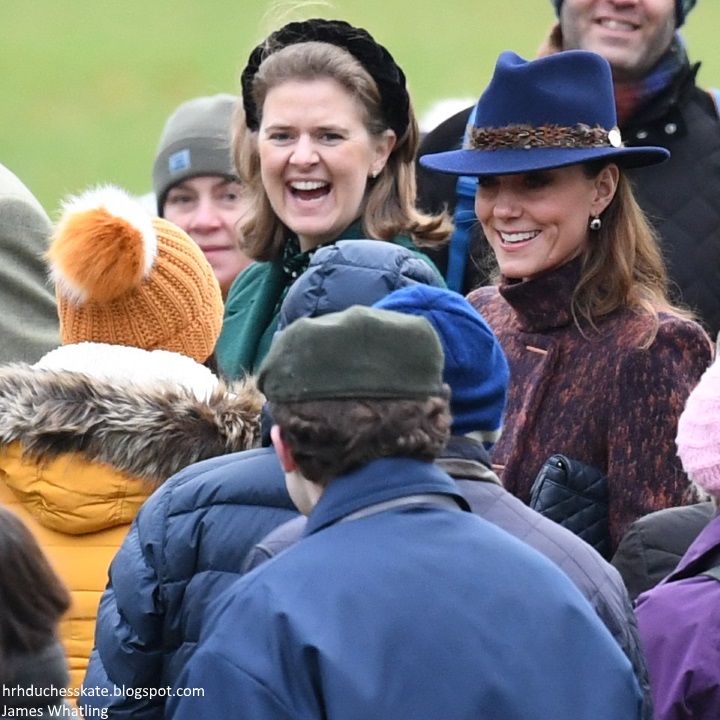 The group making their way back to Anmer. 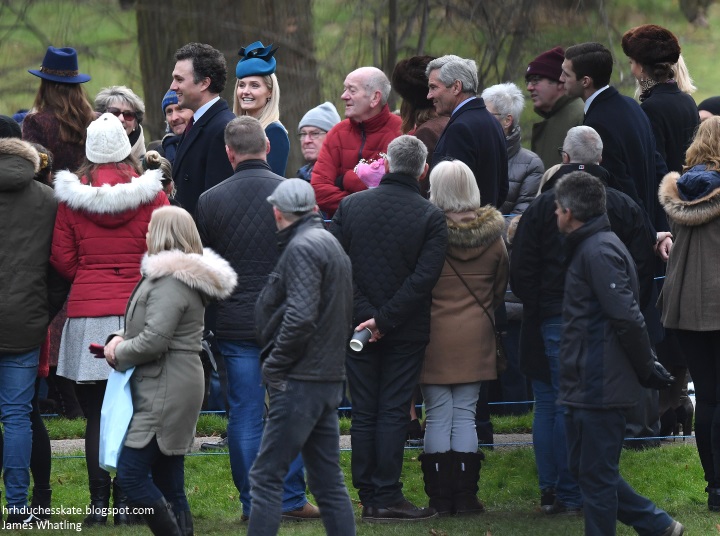 Kate wrapped up in a new printed coat for the service. 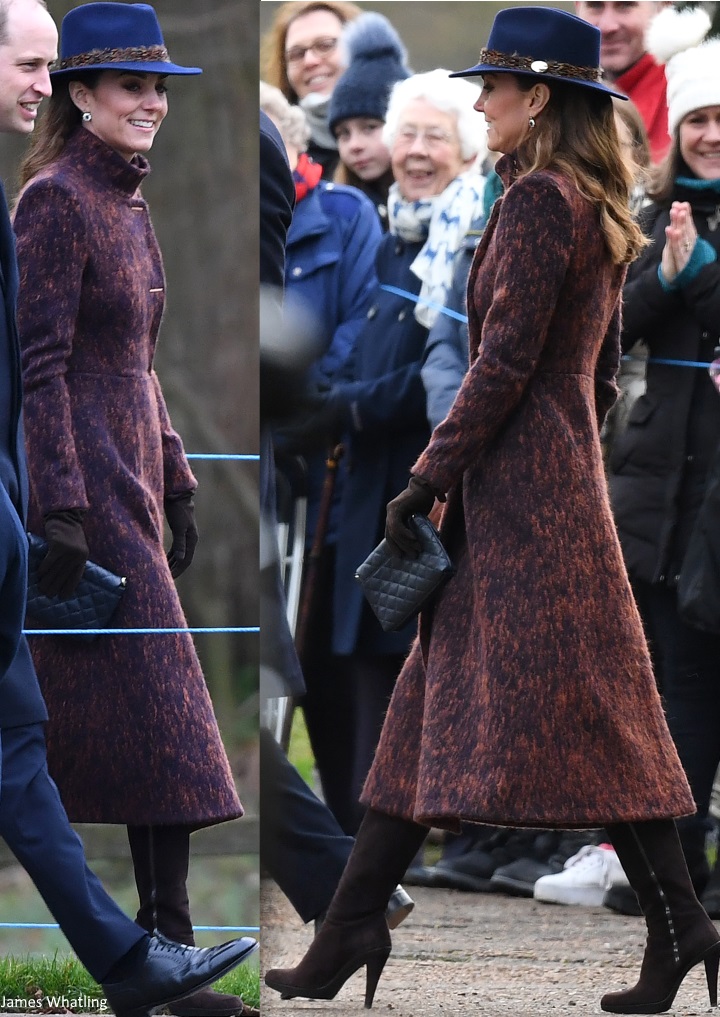 The designer of the coat was a mystery until a reader (thank you Anonymous) discovered it's from a past Roksanda collection. The deep blue and rusty orange print Denton coat is from 2016 and has been sold out for some time. It retailed for roughly £2,500. 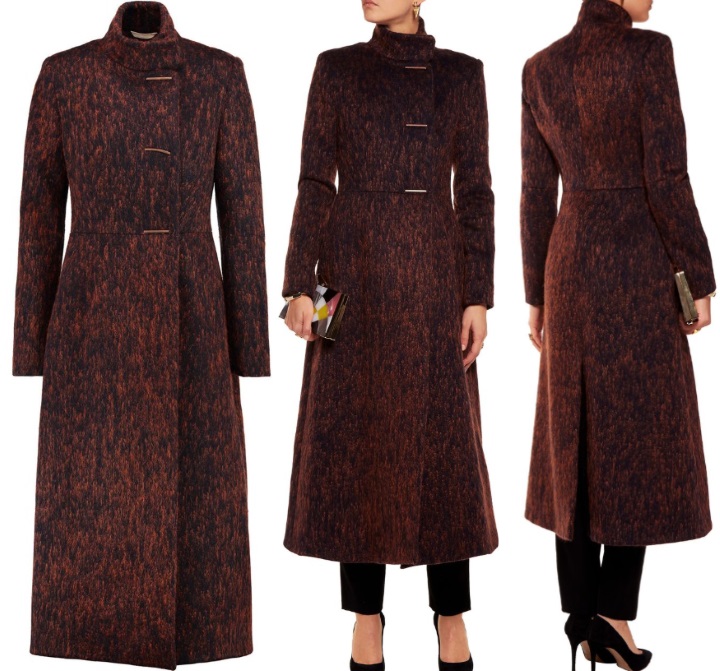 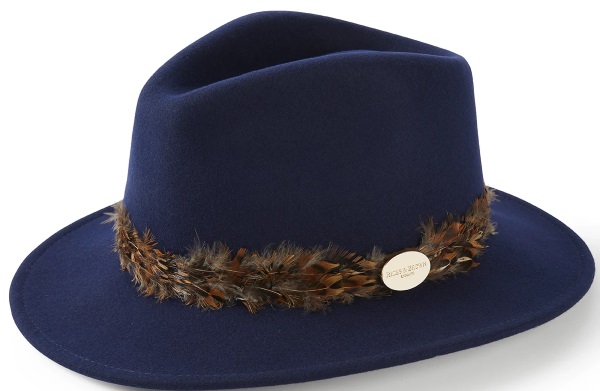 Kate accessorised with her sapphire and diamond earrings earrings and carried her quilted Jaeger clutch. 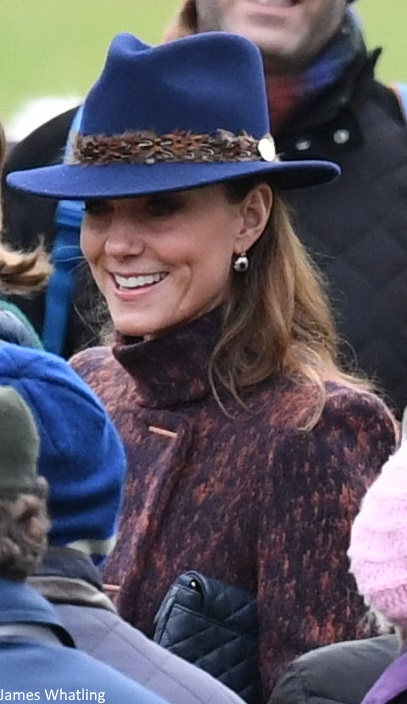 Kate wore her brown suede Stuart Weitzman Zipkin boots. They have been in her closet since shortly after the wedding. 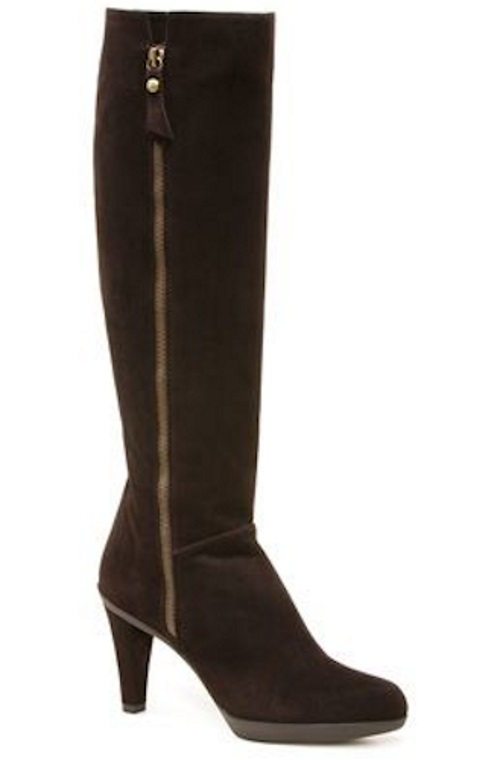 In other news, to mark the start of a new decade Buckingham Palace shared a new photo of the Queen, Prince Charles, Prince William and Prince George taken on the day of the Queen's pre-Christmas luncheon. I love the posing of Charles and George and the future King's tartan trousers :) 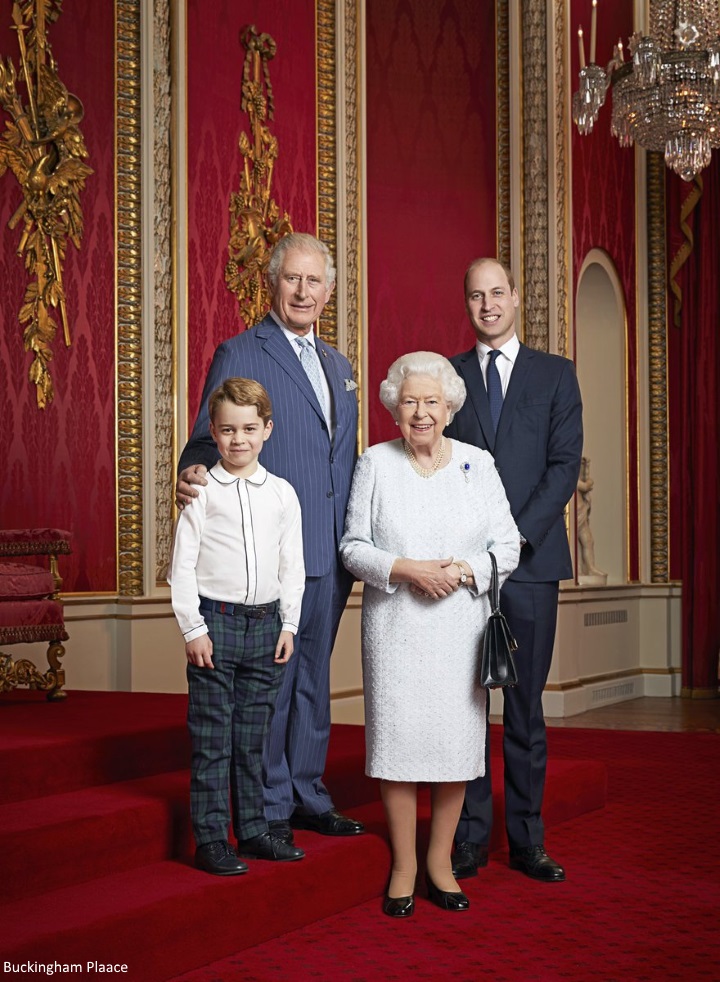 Before I sign off, my thoughts have very much been with readers of Duchess Kate and Mad About Meghan living in Australia. I know so many of you feel the same. If you wish to donate to help in the incredible effort underway to tackle the ferocious fires, please click here for a list of options.
Posted by Admin at 11:18:00