As I begin writing this post, we are less than an hour away from 1 December (officially Christmas time in my book). I adore everything about the festive season and have already kicked off preparations in my own home. In addition to all the festivities, I always enjoy seeing at least a couple of seasonal television specials. This year will be extra special in that department for royal watchers as the Duke and Duchess of Cambridge have joined forces with the Queen of Baking Mary Berry as they serve a feast to thank those spending the day helping others. There had been rumours about this for a couple of months, and tonight Kensington Palace revealed it will air on BBC One, Monday 16 December at 8 pm. 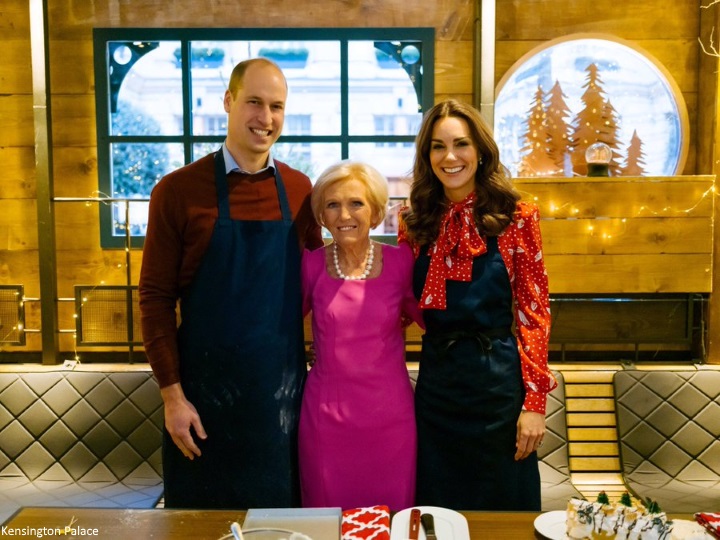 The photo below will be especially interesting to fans of The Great British Bake Off. For those unfamiliar with the show, Mary Berry was a judge on the show until it moved from the BBC to Channel 4 a couple of years ago. They're pictured with Nadiya Hussain who was crowned the winner of the 2015 series. Nadiya recently opened up about severe trauma in her life and the role childhood sexual abuse played in her adult life and her battle with anxiety and PTSD. The photo below, which appeared to be shot just before food was served, was taken by Matt Porteous who took private photos after Prince Louis' christening and last year's Cambridge Christmas card. 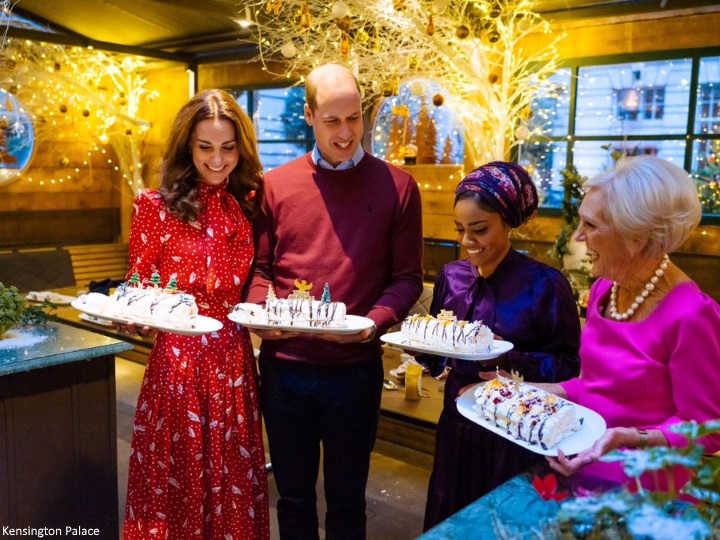 Filming for the special actually began at RHS Wisley in September when Kate was joined by Mary to officially open 'Back To Nature'. With piping bags in hand to decorate cakes, the pair discussed Kate's work supporting children's earliest years. Hello! reports it's Kate's "most substantial television appearance to date", with a source adding: "You get a really good sense of who she is - maybe more so than before." 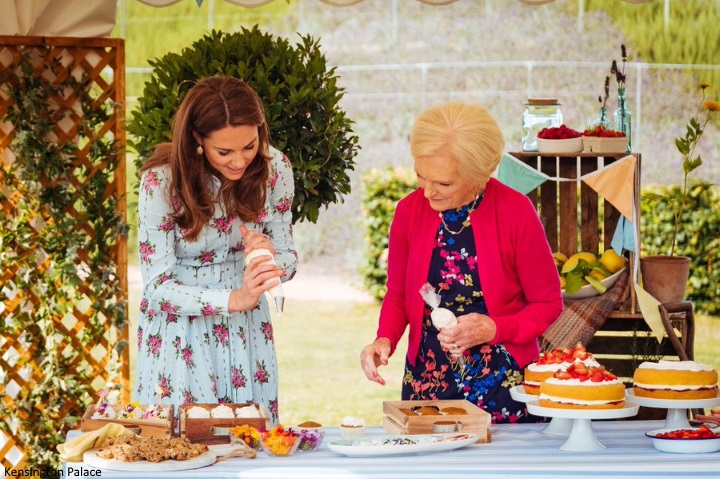 You might recall the Court Circular recorded an engagement with Action on Addiction for the Duchess on 13 November. It turns out the visit to alcohol-free bar the Brink in Liverpool saw the Duchess and Mary meet people supported by the charity at the UK's first dry bar. Kate opened the Brink back in 2012, and we can expect to see footage from the visit during the show. There's been a marked increase in private engagements for Kate of late; I think filming for this show has been partly the reason. I believe the reception with nurses at the Rosewood Hotel we chatted about last week was the setting for the Christmas party with Mary, whilst the Duchess' two days with Kingston Hospital Maternity Unit may possibly be connected to her project which we'll hear more about early next year. 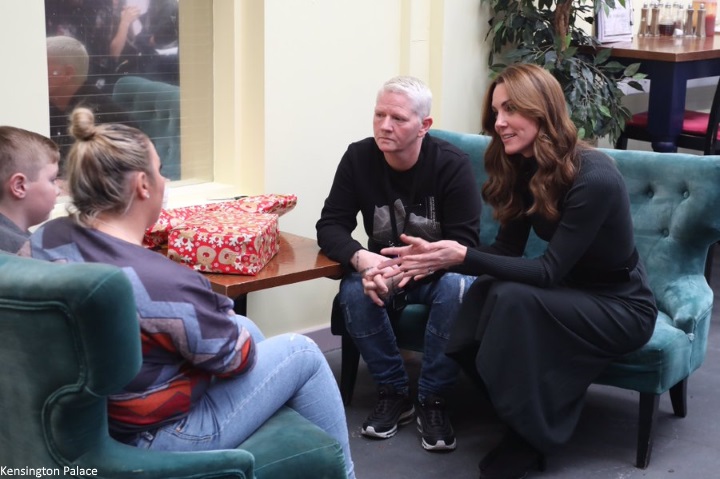 We'll also see William and Mary visit the Passage Charity and meet some of the 130,000 people helped by the charity’s resource centre, homelessness prevention projects and two innovative accommodation services. William first visited the Passage with Diana as a child and became patron earlier this year. 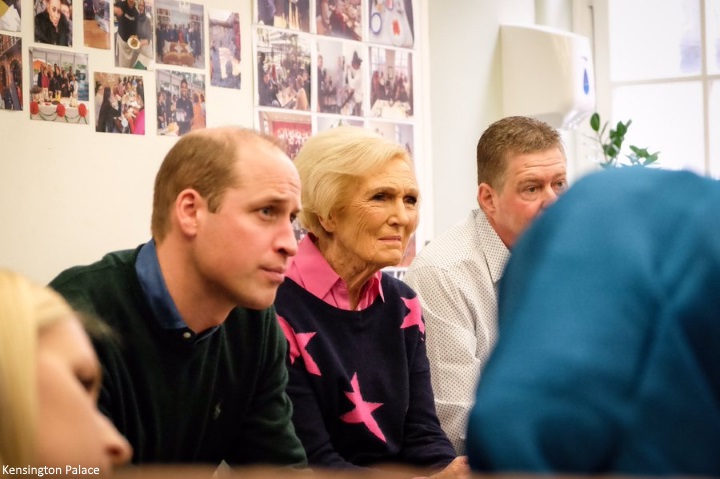 'A source told HELLO!: "The Duke and Duchess were joined by Mary on several different engagements over the past couple of months and showed her some of the charities and patronages close to their hearts to explain a bit about why they do what they do. They wanted to show her why they care so much about these organisations and Mary comes up with ideas for recipes for the event."

In a conversation between Mary and William, filmed during a secret visit to the homeless charity the Passage last month, the future king paid tribute to his parents and grandparents for their charity work over the years. Asked where his own motivation to help came from, the Duke said: "Growing up both of my parents were hugely charitable. My father set up the Prince's Trust. He's involved in so many different organisations. My mother has done her work with homelessness and as you said AIDs and other charities and I think I've grown up in a household which has been very much a case of 'well, we're very lucky - you must give back.'

"And you know, my grandmother becoming Queen at a very young age, in the days when it was a man's world, it was very difficult for her to … make a difference. And she's done it. In her own very unique, distinct way, and you know, my grandmother and my grandfather together are the epitome of public service. And I personally get a lot out of helping people. I find that you hear and you understand and you learn so much more by giving a bit of your time, a bit of your day, to just be around."

"I am honoured that the Duke and Duchess of Cambridge have invited me to join them on four of their royal charity engagements this Christmas. It will be truly special to see the causes so close to their hearts, as well as to hear all about the amazing support these charities provide. The finale is a big Christmas party and I will be cooking up a feast for them to enjoy. A-one hour Christmas special not to be missed."


The Duchess looked Berry Festive in a bespoke Alessandra Rich red dress based on the designer's Silk-Jacquard Midi Dress (with thanks to Danielle Stacey). From the Autumn/Winter 2019 Collection, and inspired by elegant styles from the 1940s, the dress is adorned with white polka dots and petals. It retails for £1,455 at Net-A-Porter. Kate's version has a pussy bow at the front. 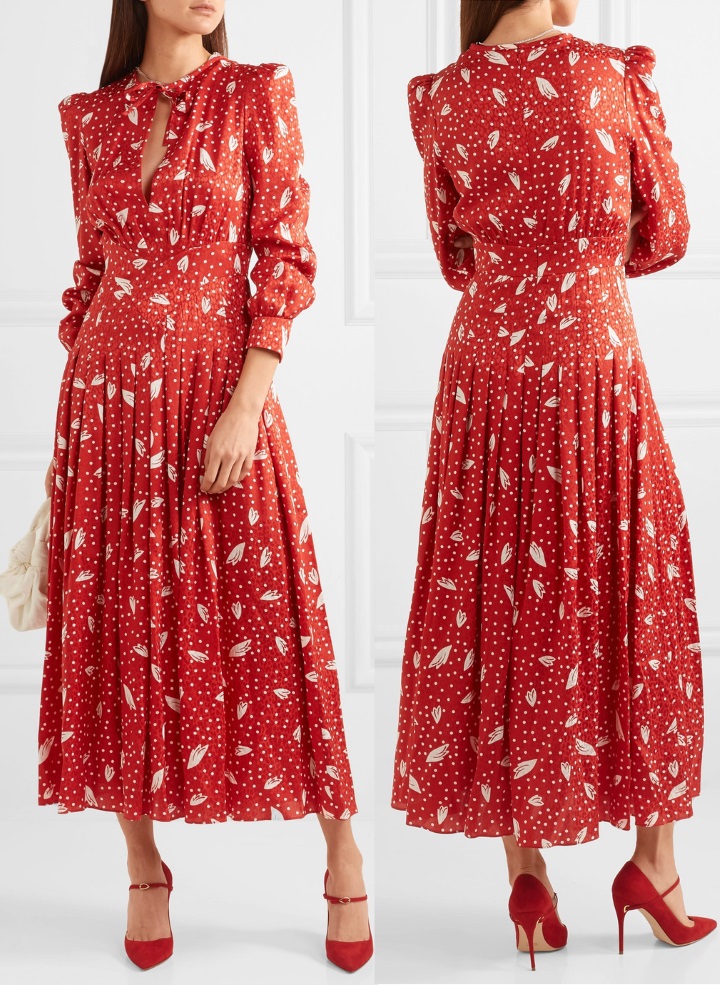 I'm very much looking forward to watching it. For those outside the UK, I'm sure it will become available on YouTube within a day of airing.

If you're just joining us, our post on Black Friday/Cyber Monday is here. The team from Black.co.uk are offering readers 30% off their collections. 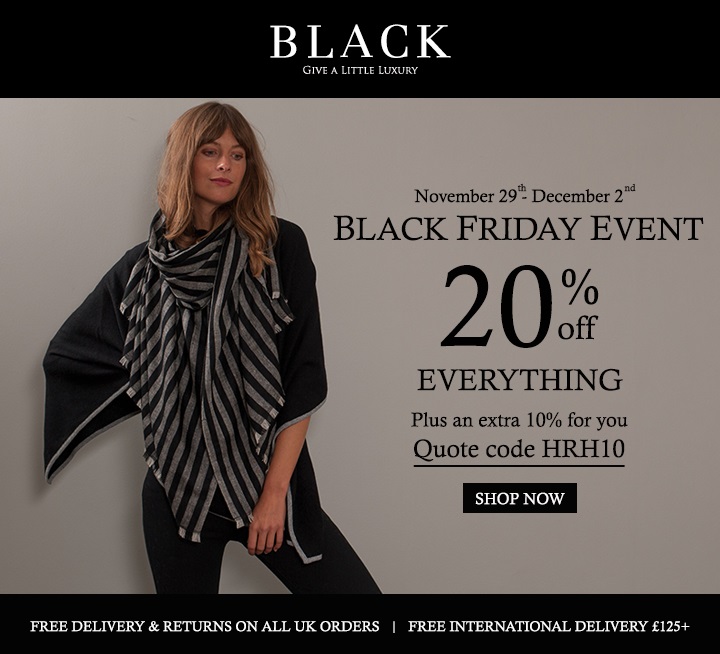 We'll see the Duchess on Tuesday for the NATO reception at Buckingham Palace.
Posted by Admin at 00:16:00