With just four days until Christmas, the Palace shared three new photos of the Queen with heirs Prince Charles, Prince William and Prince George. The Cambridges' separate arrivals for the pre-Christmas luncheon made headlines all over earlier this week. It turns out William and George arrived first to participated in the photoshoot in the Music Room at Buckingham Palace.


The royals were photographed preparing Christmas puddings as part of the launch of the Royal British Legions' Together at Christmas initiative. I think George is at the age where he's very much aware aspects of his life are different to his school friends. There's a marked difference in the fun and playful little boy we see through Kate's photos of her children or shots from the polo to posed photo opportunities where he appears much more shy and a little anxious. Since he was a boisterous baby, he's always been a delightful child, and at 6 years old moments like photos with Dad, Grandpa, and Gan Gan (as Charlotte affectionately calls the Queen) at the Palace will serve as some of his earliest memories as a future king.


Majesty Magazine's Joe Little reports: "HM and TRH are pictured preparing Christmas puddings in the Music Room at Buckingham Palace on Wednesday. The four generations represent a cross-section of those supported by the Legion, from the children of service personnel to Second World War veterans. The puddings will become the centrepieces of next year’s get togethers, and form part of 99 puddings distributed across the charity’s network in the UK and Commonwealth, also marking the Poppy Legion's 99th year."


Footage of the pudding preparation will feature during the Queen's Christmas day speech. 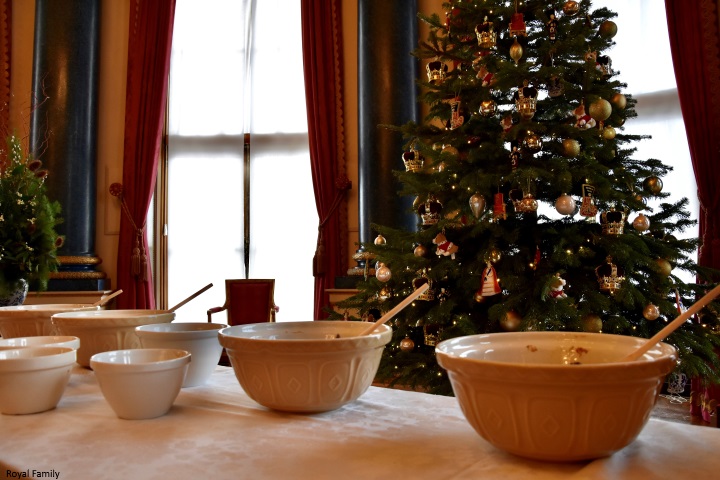 More on the Legion's plans for next year from Emily Nash:

More from the Royal British Legion on the royal gathering:

“Bringing people, families and communities together lies at the heart of the Legion’s work and has done since we were founded in 1921," says Charles Byrne, The Royal British Legion’s Director General.

"As we head towards our centenary in 2021, we are proud to start a new tradition for our community with the support of our Patron, Her Majesty The Queen, and three generations of her family. We are keen that the people we support and the wider public understand that the Legion is not only here for older veterans, but all ages of the Armed Forces community.

"As the Monarch and next three generations, Her Majesty and Their Royal Highnesses represent a cross-section of those supported by the Legion, from the children of service personnel, to Second World War veterans.

“Christmas can be a time when people’s troubles and worries are exacerbated by the financial pressures of the season or feelings of loneliness and isolation. The extra support the Legion can give, and the camaraderie of our get togethers can make a big difference to our community’s well-being.

"Making and eating Christmas puddings has traditionally been a shared family activity, and we look forward to sharing these special puddings made with the help of The Royal Family.”


It's the third time we've seen photos of Her Majesty and her heirs. The first was one of the official portraits for George's christening. 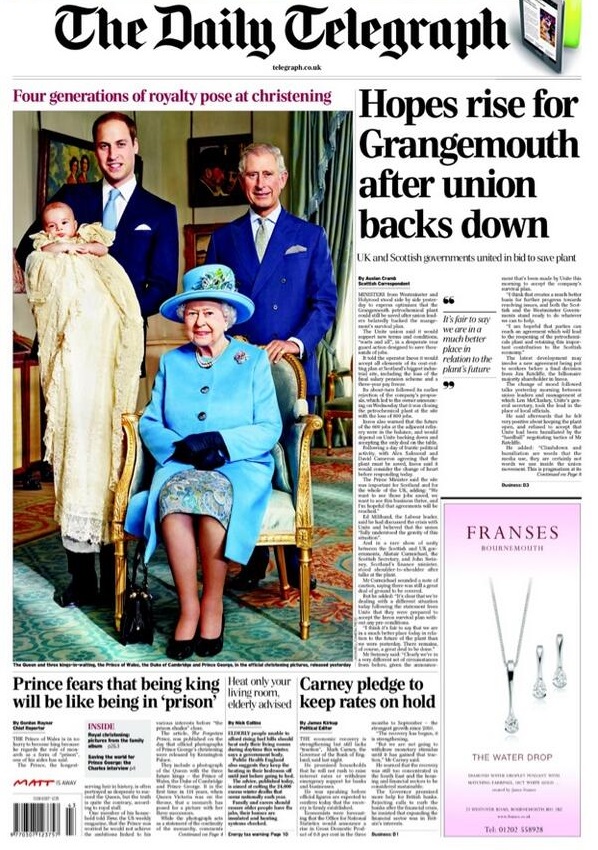 In 2016, a new image of the foursome was released to mark a new set of stamps by Royal Mail in celebration of the Queen's 90th birthday. Just months from his third birthday, cherubic George was smiling as he held William's hand. He looked quite a bit like Louis does now. 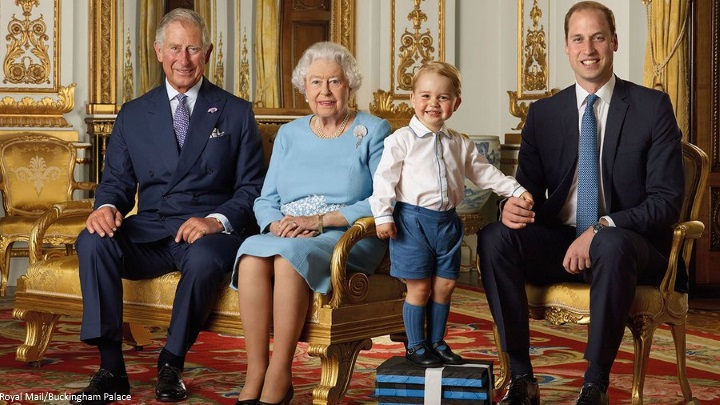 During a media briefing at Kensington Palace over the week, members of the press were told we'll hear several announcements regarding the Cambridges, including a new initiative for William, over Christmas break. There's also speculation another Cambridge family photo will be released in the coming days.

UPDATE: A video of George in action :)