We've been awaiting news of the Cambridges' 2019 tour for months. Initially, speculation suggested a European trip, but more recently talk turned to a tour of Asia. Last night, Kensington Palace confirmed the Duke and Duchess of Cambridge will in fact undertake an official visit to Pakistan this autumn at the request of the Foreign and Commonwealth Office. 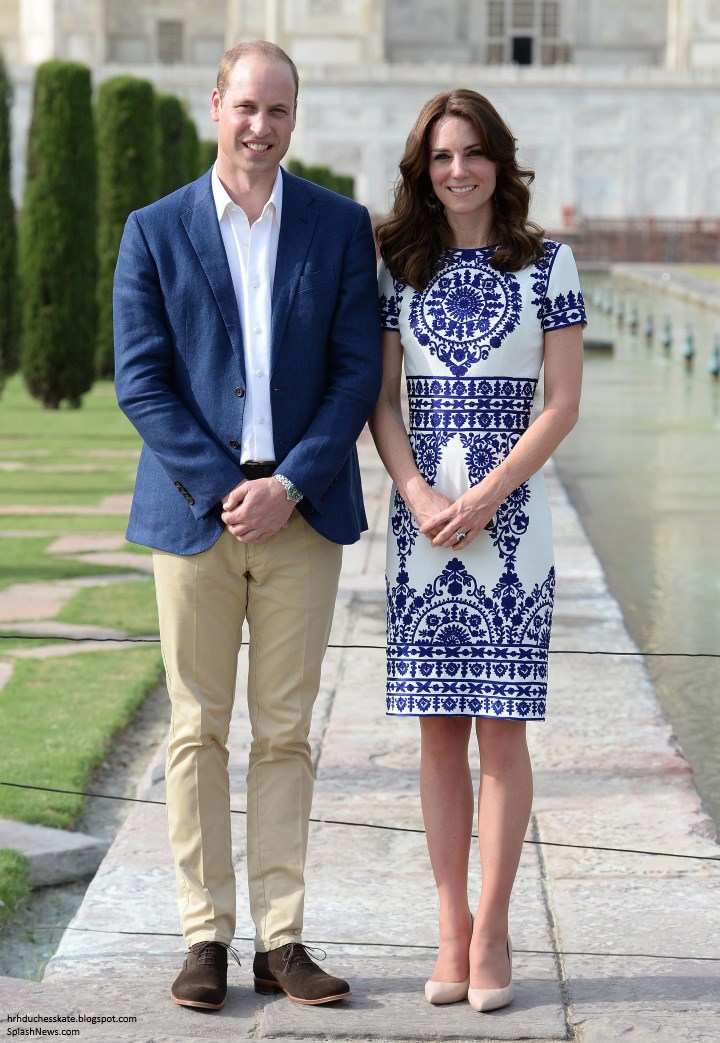 The week-long tour will mark William and Kate's first joint Commonwealth tour in three years and is expected to take place in October. George, Charlotte and Louis will not be accompanying their parents. High Commissioner for Pakistan, Mohammad Nafees Zakaria, said: "The Government and the people of Pakistan warmly welcome the announcement of the royal visit by Their Royal Highnesses the Duke and Duchess of Cambridge to Pakistan this year. The people of Pakistan still cherish and fondly recall the visits of Her Majesty the Queen to Pakistan in 1961 and 1997. The upcoming royal visit is a reflection of the importance the United Kingdom attaches to its relations with Pakistan. The two countries enjoy historical links which both sides wish to strengthen further." 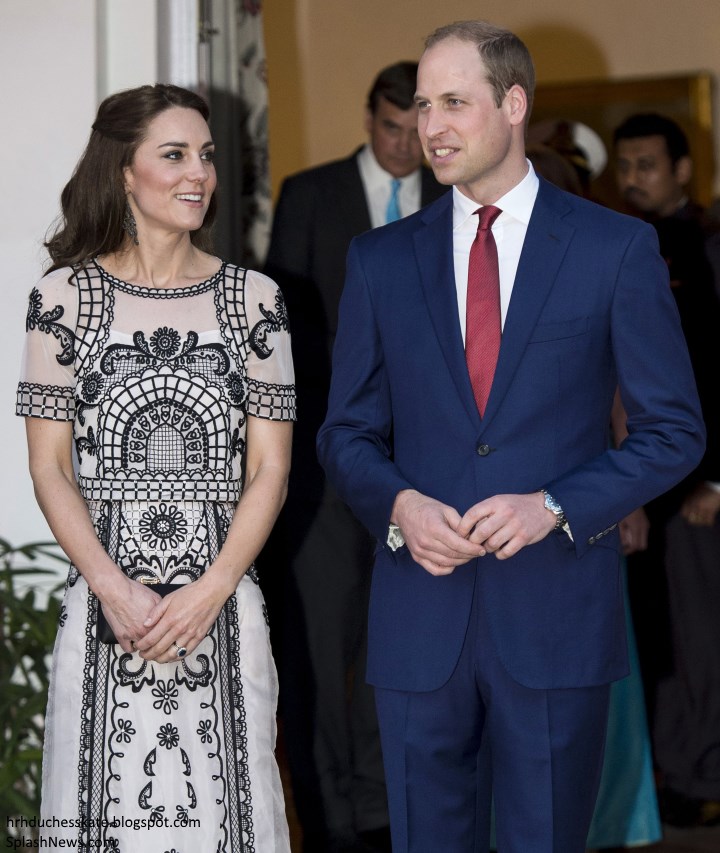 I thought the announcement a very interesting choice. Firstly, I'm delighted to see a return to Commonwealth visits. Whilst the focus has been on deploying a touch of 'soft diplomacy' and strengthening ties with our European neighbours during Brexit negotiations, it is absolutely vital William and Kate build relationships across the Commonwealth. With Her Majesty, and Prince Charles, we've seen a lifetime of connections forged through these visits. It's not beyond the realm of possibility William could be king and Kate queen consort in a decade's time; they need to be prepared for every eventuality and to utilise these years to the fullest. The Cambridges' previous tours have very much served as an introduction to the Commonwealth, promoted the interests of the UK and the host country, whilst honouring causes close to their hearts. The trip to Pakistan is being seen as a more serious undertaking, with the Telegraph describing it as their most "logistically difficult" and "diplomatically sensitive" tour to date. 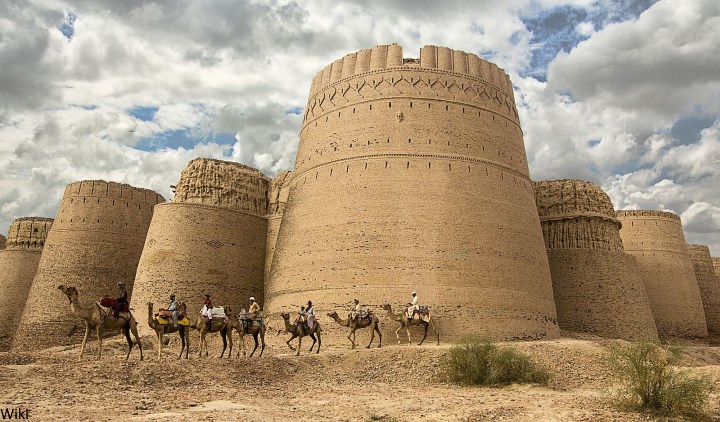 'The couple, who have not been on tour together for 18 months as the Duchess looked after their third baby Prince Louis, will visit Pakistan in the autumn as they take on a heavyweight role in Britain’s overseas diplomacy. The tour, which the three Cambridge children will not be part of, will see them navigate significant security concerns to celebrate the country’s ties with the UK.

Foreign and Commonwealth Office travel advice currently issues heavy warnings against travelling to certain areas of the country, listing recent terror attacks and advising tourists to “avoid religious events or gatherings, public events and large crowds of people throughout Pakistan”. “Terrorists are very likely to try to carry out attacks in Pakistan,” it notes in official travel advice.

“There’s a high threat of terrorism, kidnap and sectarian violence throughout the country, including the cities of Islamabad, Rawalpindi, Lahore and Karachi.” Following the ambush of a bus in 2009, test cricket has not been played in Pakistan for a decade.'


Pakistan's Commonwealth membership has been a fraught one; the country left in 1972 before rejoining in 1989. The Commonwealth of Nations writes:

'Pakistan left in 1972, when other member countries recognised Bangladesh, and returned after the democratic elections of 1989.

However, following the overthrow of the democratically elected government in October 1999, the country was suspended from the councils of the Commonwealth pending the restoration of democracy. This suspension was lifted in May 2004, but reimposed in November 2007 after a meeting of the Commonwealth Ministerial Action Group (CMAG) in Kampala pending the restoration of democracy and the rule of law. CMAG met again on 12 May 2008 and agreed that the Government of Pakistan had taken positive steps to fulfil its obligations in accordance with Commonwealth fundamental values and principles; it accordingly decided to restore Pakistan to the councils of the Commonwealth.'


Around 1.5 million Pakistani diaspora reside in the UK - an inextricable link between both countries. The Telegraph notes bilateral trade between UK and Pakistan is said to be worth £3 billion. Indeed, earlier this month, The first British Airways plane landed in Islamabad as the airline began its first service between the UK and Pakistan in 10 years. It is the first European airline to return to the country in more than a decade. Last December, both countries signed the Prison Transfer Agreement which will give prisoners the opportunity to serve their sentence closer to home and allows them to prepare for their reintegration into their home community when they are eventually released from prison. 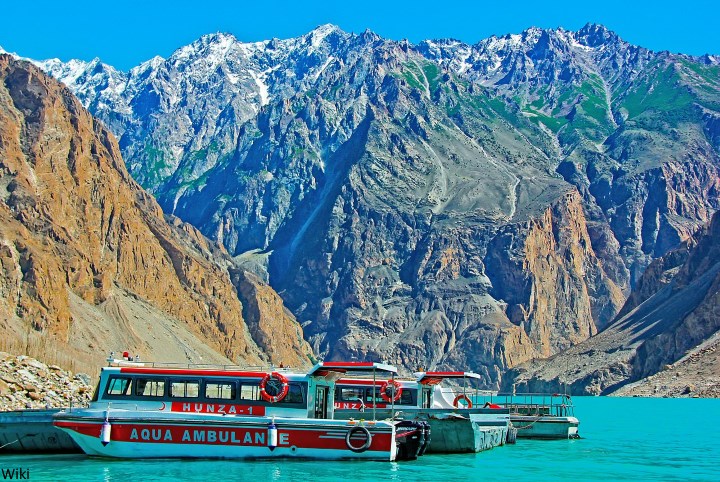 Brexit will play a role in the tour, with the United Kingdom firmly focused on trade negotiations. A joint statement released by the Government and Pakistan read:

'With more than 200 million consumers, Pakistan is an exciting market for British business. To support UK companies exporting to Pakistan and for Pakistani buyers of UK goods and services, the UK export credit agency, UK Export Finance (UKEF), support is to more than double to up to £400 million, meaning an additional £200 million to help UK exporters win, fulfill and get paid for export contracts, and Pakistan’s buyers access finance to source high-quality UK goods and services.

Both governments are ambitious, to see more British trade and investment in Pakistan, as well as Pakistani businesses exporting to and operating in the UK. From textiles to pharmaceuticals, engineering and sporting goods, to finance, legal or business services, Pakistan has huge potential in the global economy. We are committed to work with businesses in both countries to strengthen these ties into the future.'

'William and Kate will go the capital, Islamabad, and are also expected to travel to the cities of Lahore, Quetta, Karachi and Peshawar as well as rural communities across the country on the week-long tour. Sources said the Cambridges’ trip, at the request of the Foreign and Commonwealth Office, will “celebrate the close friendship and cultural ties between the two countries”.

A government source said: “Pakistan is a very important country in a fragile part of the world. “The royal visit will be an acknowledgment both of the significant Pakistani community living in the UK and the increasing commercial opportunities that are opening up there.”

Lahore is both visually and historically magnificent. The country's second most populous city is the cultural hub of Pakistan. The centre of the publishing, literary scene and film industry, it's also home to leading universities. UNESCO World Heritage sites Lahore Fort and Shalimar Gardens could very well feature in the final itinerary. 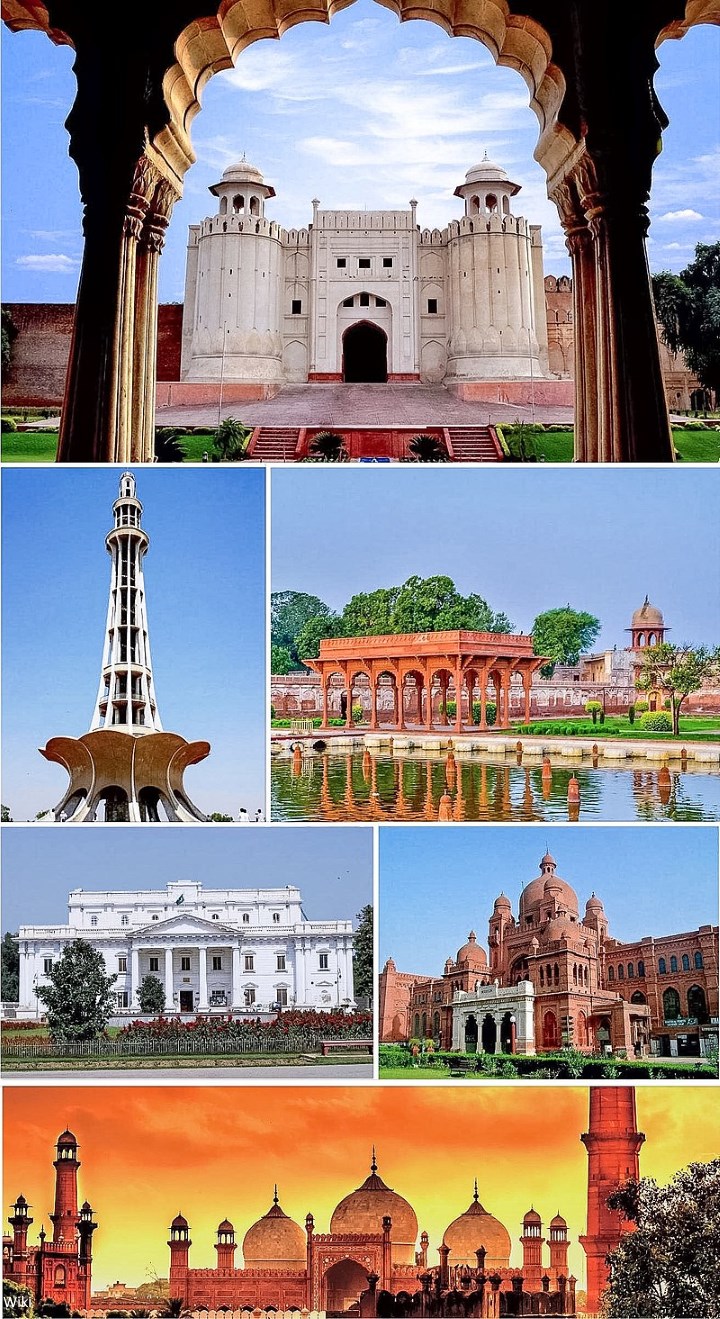 The last royal tour to the county was in 2006 when Charles and Camilla visited amid heightened security following terrorist attacks. They enjoyed the sights of Lahore and visited the Badshai Mosque. The itinerary was planned to support the partnership between the UK and Pakistan and promote inter-faith education, sustainable development and young people.

The late Princess Diana visited close friend Jemima Khan and her husband cricketer Imran Khan in Lahore in 1996 and 1997 to help raise funds for a cancer centre built by Khan. Mr Khan is now Prime Minister of Pakistan and it is almost certain he will welcome the Cambridges to the country, likely with an official dinner in their honour.

Her Majesty has a long history with the country. She visited with Prince Philip in 1961 and 1997. The 22 minute video below from their first visit is a snapshot back in time. Beautifully restored, the music and stunning cinematography reminds one of a classic movie from yesteryear. "A country of contrast of plains and rich farmlands. It's a country where tradition is strong, despite the urge for change." It features footage of the momentous welcome the Queen received, a variety of engagements and the Queen's timeless style.

In terms of Kate's style for the tour, the Duchess will be preparing for a warm climate. I imagine we'll see versatile day looks, possibly including the traditional dress of shalwar kameez (Diana is seen below wearing a gorgeous ivory pearl studded shalwar kameez). I expect we'll see a formal dinner and a couple of evening receptions on the itinerary to formally welcome the couple to Pakistan and celebrate ties between the two countries. There's an array of amazingly talented Pakistani designers we'll be looking at closer to the date.

For security reasons, I don't believe we'll hear much about the tour until much closer to the date. It is thought child development, young people and mental health will feature on the itinerary. The photos should be fantastic, with cultural landmarks and scenic delights set to be on the agenda. I'm very much looking forward to seeing the full itinerary and the tour itself. It promises to be fascinating.

Kate's 'Back To Nature' garden will be displayed at Hampton Court Palace this week. The preview day is tomorrow, and I wouldn't be at all surprised to see an unannounced engagement for the Duchess.
Posted by Admin at 18:51:00