Following an away day in Cumbria yesterday, it was back to London for the Duchess of Cambridge this evening for the first annual gala dinner in recognition of Addiction Awareness Week, hosted by Action on Addiction and chef Skye Gyngell. 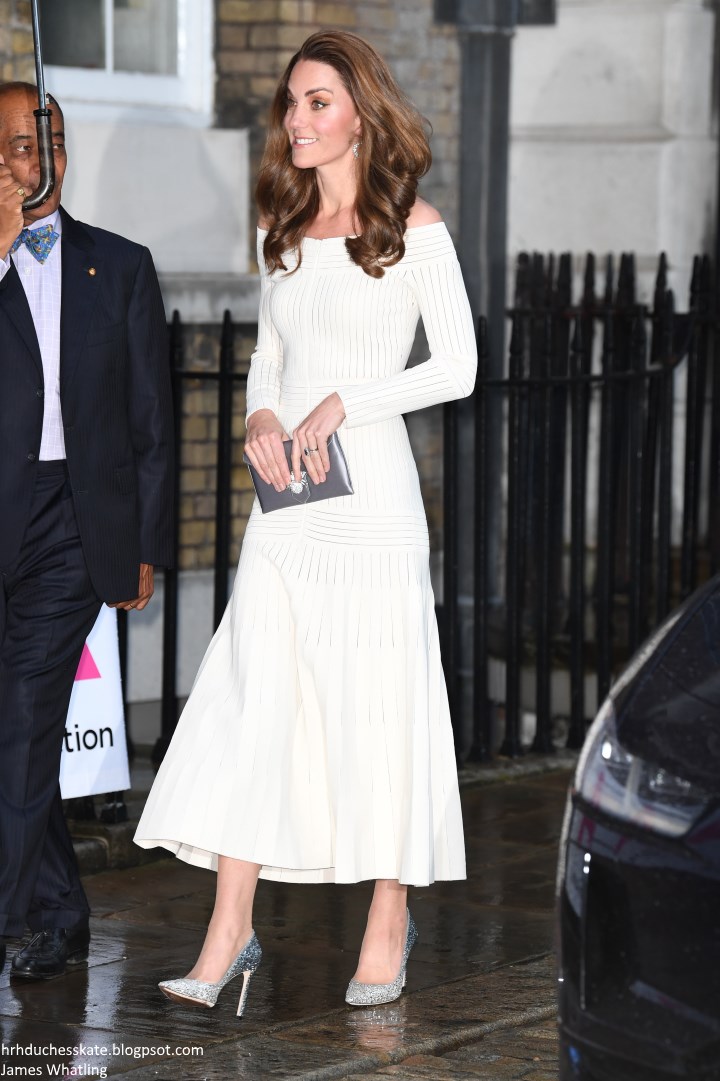 The Duchess was in attendance in her role as patron of Action on Addiction. The national charity offers high quality, effective residential rehab and community based addiction treatment. They provide residential and day treatment for addictions to drugs, alcohol, gambling and other behaviours. The charity offers life-saving treatment to individuals and families at its flagship treatment centre, Clouds House in Wiltshire, and its community-based treatment centres in Essex and Liverpool. It also offers education to degree level at the Centre for Addiction Treatment Studies and funds and promotes research into effective responses to addiction. Action on Addiction is the only UK addiction charity that works across all the areas of research, treatment, family support and professional education. 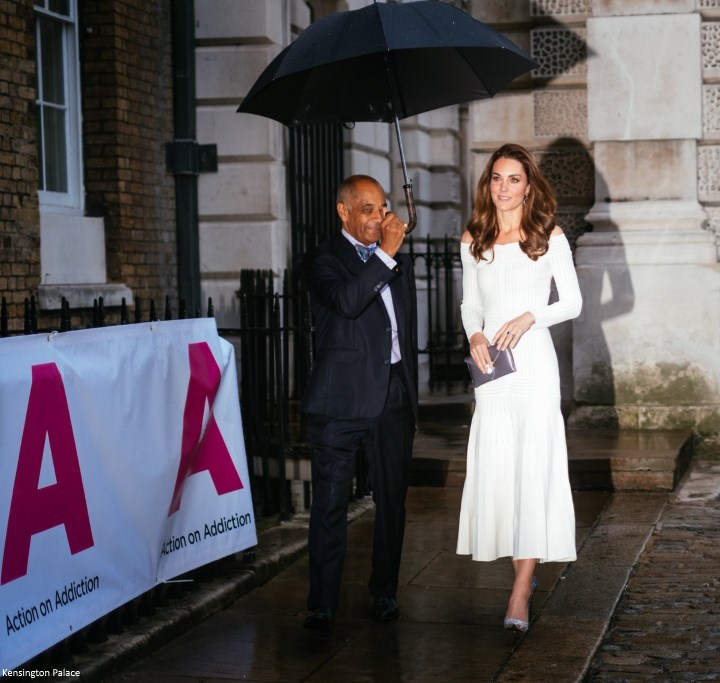 Ahead of the engagement Kensington Palace touched on Kate's work with the organisation and the role it's played in preparations for her upcoming project focused on supporting children in their earliest years. "Her Royal Highness’s experience with Action on Addiction has helped lay the groundwork for her work and understanding on mental health, and is currently helping inform her work in developing a major project around support for children in their earliest years. Experiences in these earliest moments, before the age of five, are proven to have significant impact on adult lives, including resilience and the ability to cope with adversity." 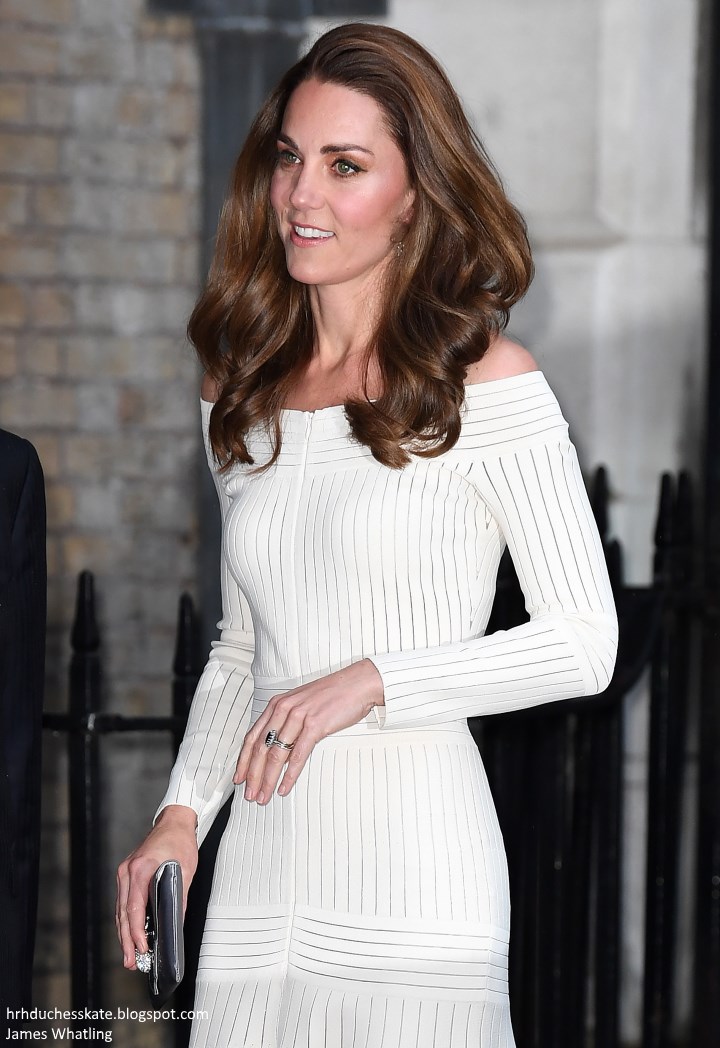 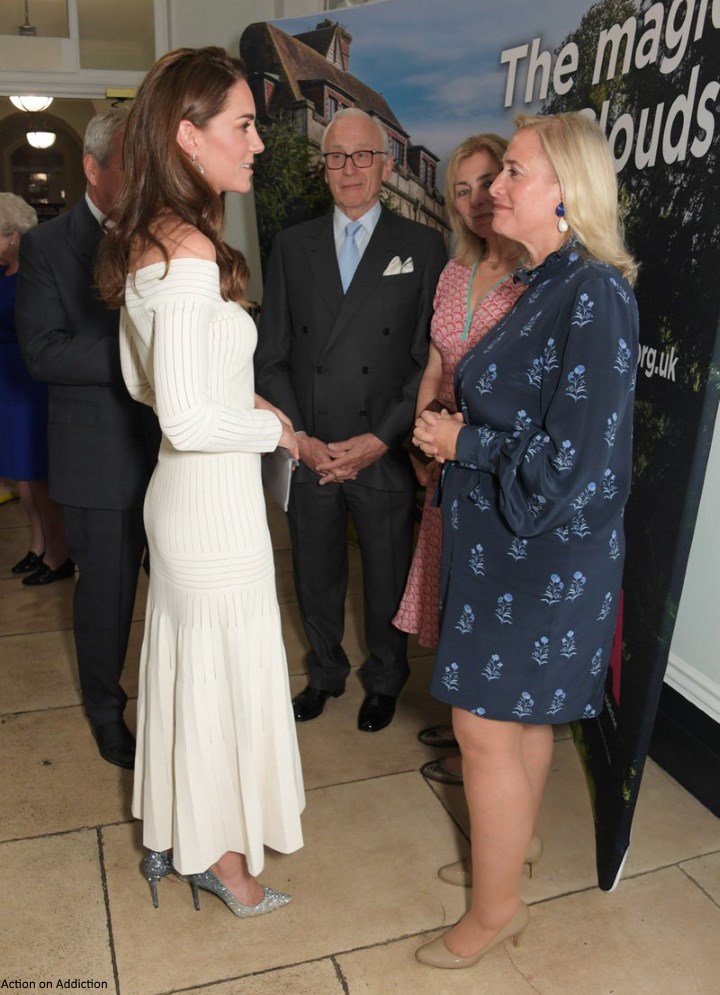 Before the dinner, Kate met Action on Addiction clients Jay, Otty and Melanie who are working as apprentices in the kitchen, and worked with Spring Restaurant’s head chef and owner Skye Gyngell to prepare the evening’s meal. 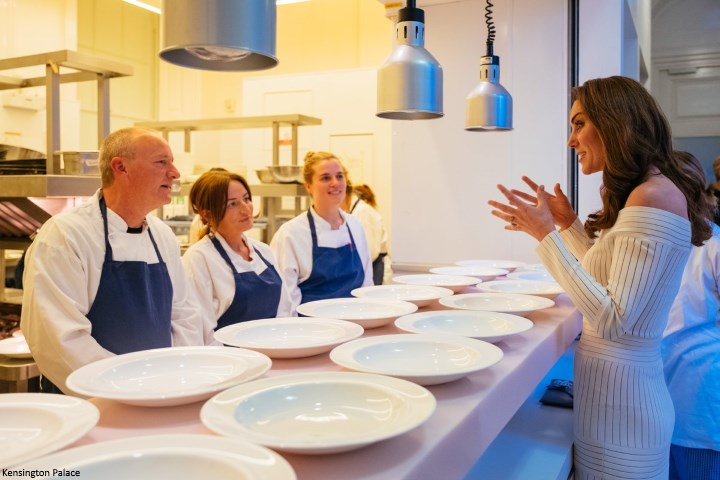 The dinner was held at Spring Restaurant in Somerset House, a commanding Georgian building on the Thames. 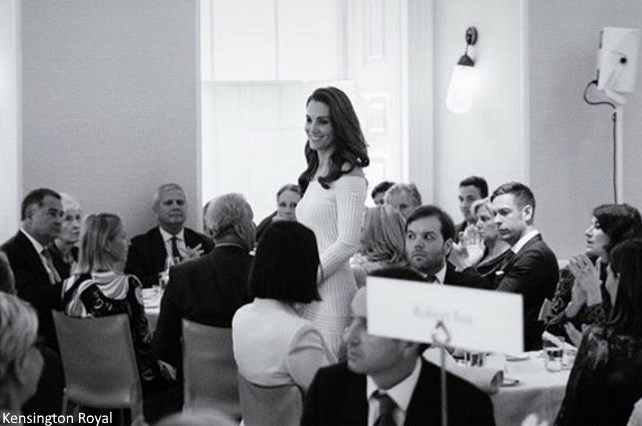 The restaurant is known for bringing "warmth and elegance within a beautiful dining space set in the New Wing of the iconic Somerset House, in the arts and cultural heart of London. At Spring food is celebrated for its conviviality and the joyfulness of sharing seasonal produce. Cooking is heartfelt, wholesome, produce driven, and cooked by a team of people who are passionate about what they do and who feel truly privileged to work with beautiful ingredients." 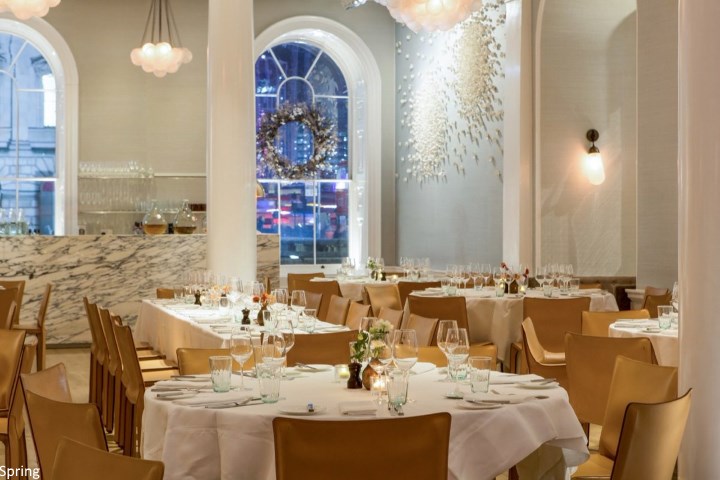 Skye Gyngell, originally from Australia, is now one of Britain's most acclaimed chefs. Following years of training in Sydney and Paris, she moved to London where she became known for her elegant cooking and seasonal dishes. In addition to penning several cookbooks, Skye opened Spring in 2014. 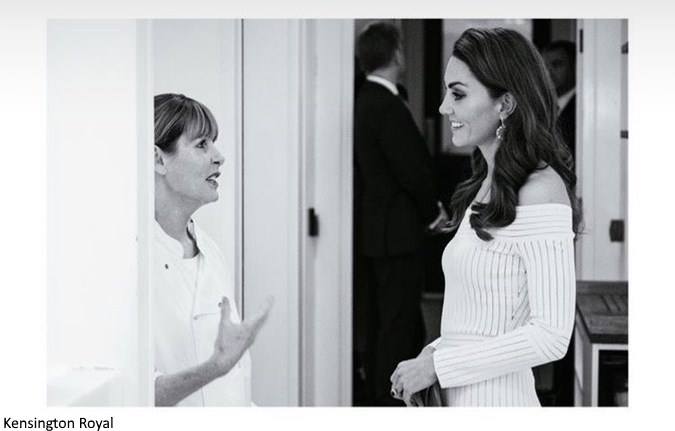 The Duchess gave a short speech in which she described her work with Action on Addiction as the "catalyst" for her interest in early childhood development. 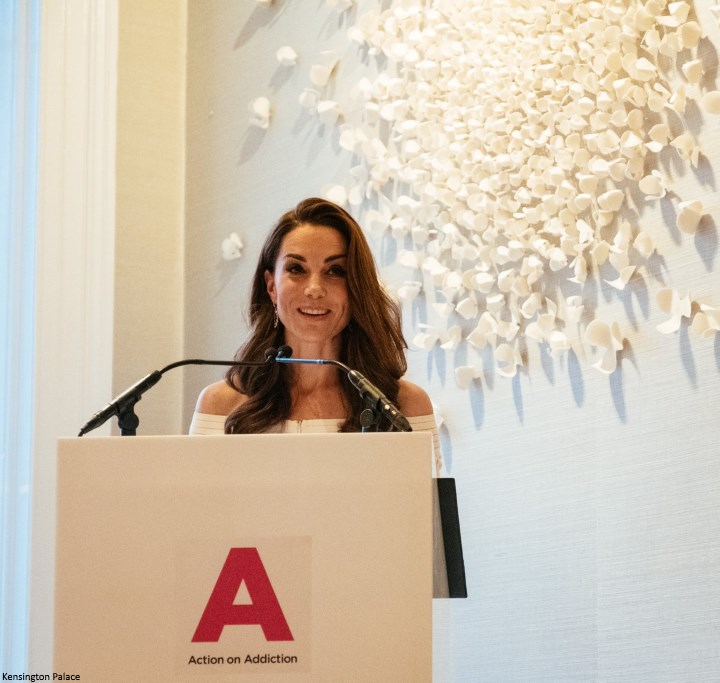 The video below features footage of the speech.

'Action on Addiction was one of my very first patronages, and as such, it is very close to my heart. I’m hugely passionate about the support it provides, especially for parents,children and families who suffer from, or through, addiction. And in some ways, it was the catalyst for my interest in early childhood development too.
For the last few years, I’ve been focusing on the importance of prevention:how can we all really support the earliest years of life, build foundations, and help avoid adversity later on in life. Having met so many people who’ve suffered from addiction, I have seen over and over again that, sadly, the root cause can so often be traced right back to the very earliest years of someone’s life.

Trauma experienced in early childhood, in some cases, as a result of separation, abandonment, abuse, or even emotional neglect, can have a lasting effect. What we experience during our earliest years, even while we’re still in the womb, shapes the developing brain. It is therefore vital that we support everyone who cares for children in those formative years, especially if we want to help with the inter-generational cycle of addiction. Sadly, for many who are suffering with addiction, they just don’t receive the help they need early enough. They have already reached crisis point before they find the support they need.

What’s remarkable about Action on Addiction is that it goes beyond helping those who are suffering on the courageous journey into recovery – it also lends direct support to the children and families affected by addiction – for as long as it takes.

This evening’s dinner not only marks ‘Addiction Awareness Week’, but it also provides an opportunity for us all to remember the vital work being done to help all those affected by addiction feel able to access help, hope and freedom from their addiction. There was never a more important time for Action on Addiction to succeed. And I, for one, could not be more delighted to support such a special organisation.

Graham, I look forward to working together, and, as your Patron, doing all I can, to help your important mission in the future.'


The Duchess with Action on Addiction Chief Executive Graham Beech.

Addiction Awareness Week (10-16 June) aims to bring addiction out of the shadows and to encourage those battling addiction and their loved ones to discuss the elements and challenges involved. It is hoped awareness will be raised across the UK and more individuals in need of support will learn about the availability and services offered by organisations such as Action on Addiction .

A recent YouGov poll revealed 60 percent of people know an addict, whilst 27 percent say they have a relative with an addiction. I was shocked to see a recent BBC Panorama investigation found just 14 out of 100 alcoholic products included proper guidance and health advice recommending the maximum number of units men and women should consume weekly. I've long thought labeling within the alcohol industry certainly needs to be addressed as does the self-regulatory system.

Below, a searingly honest account of living with a relative in the grip of addiction from MP Caroline Flint: Click here to read the full piece on The Guardian's website.

'Addiction is a life-threatening condition. It affects those around the addict who may never have touched a drink or taken drugs. As a child, I lived with an addict – my mother, Wendy.

She was hardworking, great fun and loving. But I saw her struggle during, and in the aftermath of, failed relationships, with three children in tow. As a child, I could start the day loving my mum and end it hating her. Alcohol changes people. Addiction invades the homes of rich and poor alike. Its effects are far-reaching and its causes run deep. From mental health, abuse, debt and homelessness the daily challenges of living with addiction are multiple and complex.

Looking back, I think my mum turned to drink because of low self-esteem. She didn’t deserve to be alone. She deserved to value herself more. As a child, I had no idea who knew that we had this problem under our roof. You didn’t talk about it to friends. I hoped no one at school knew. It was a secret problem. Our problem. And, even as a child, we knew it had to stay hidden.

My mum did know she had a problem. We once had a family meeting arranged by a social worker. My mum chose the meeting place – the local pub. It wasn’t a success. But she tried. She attended Alcoholics Anonymous and other groups; she even spent time in hospital. Years later, I found a diary from 1986. For months she wrote a daily entry: “1, 2, 3 …” Wendy was trying to stay sober to support me during my pregnancy. On Day 86, the entries stopped.' 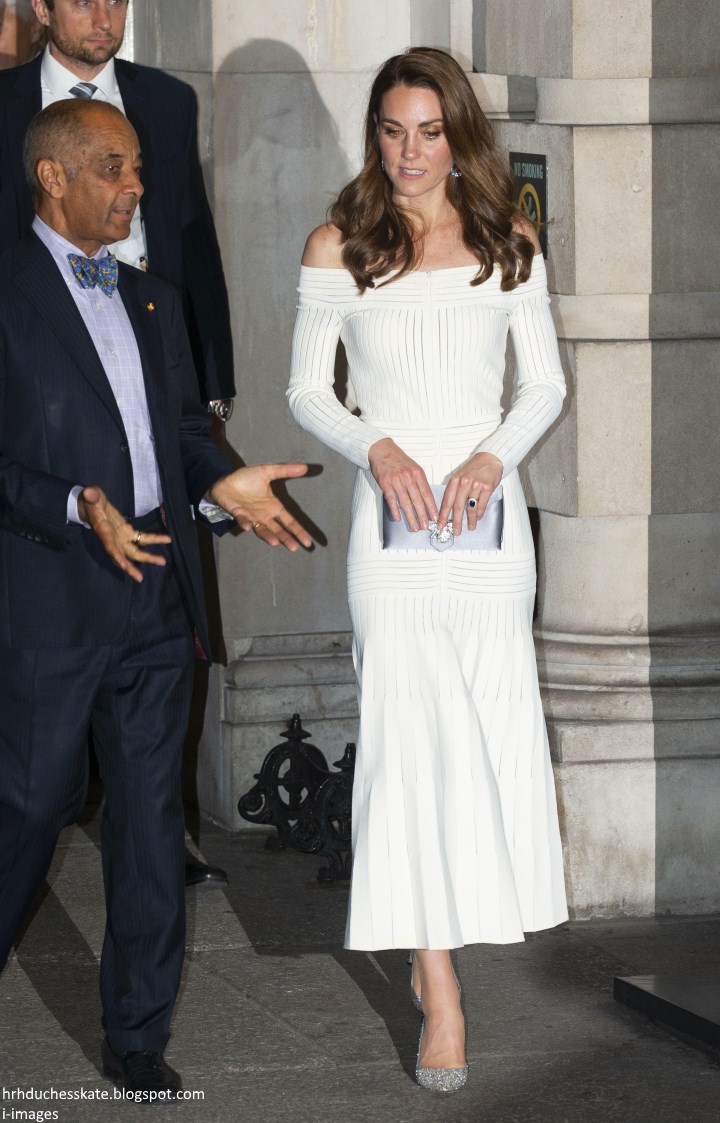 The Duchess brought back the very popular off-the-shoulder mesh-paneled dress she debuted in 2016 for the Art Fund Awards by London based, Brazilian designer Barbara Casasola. 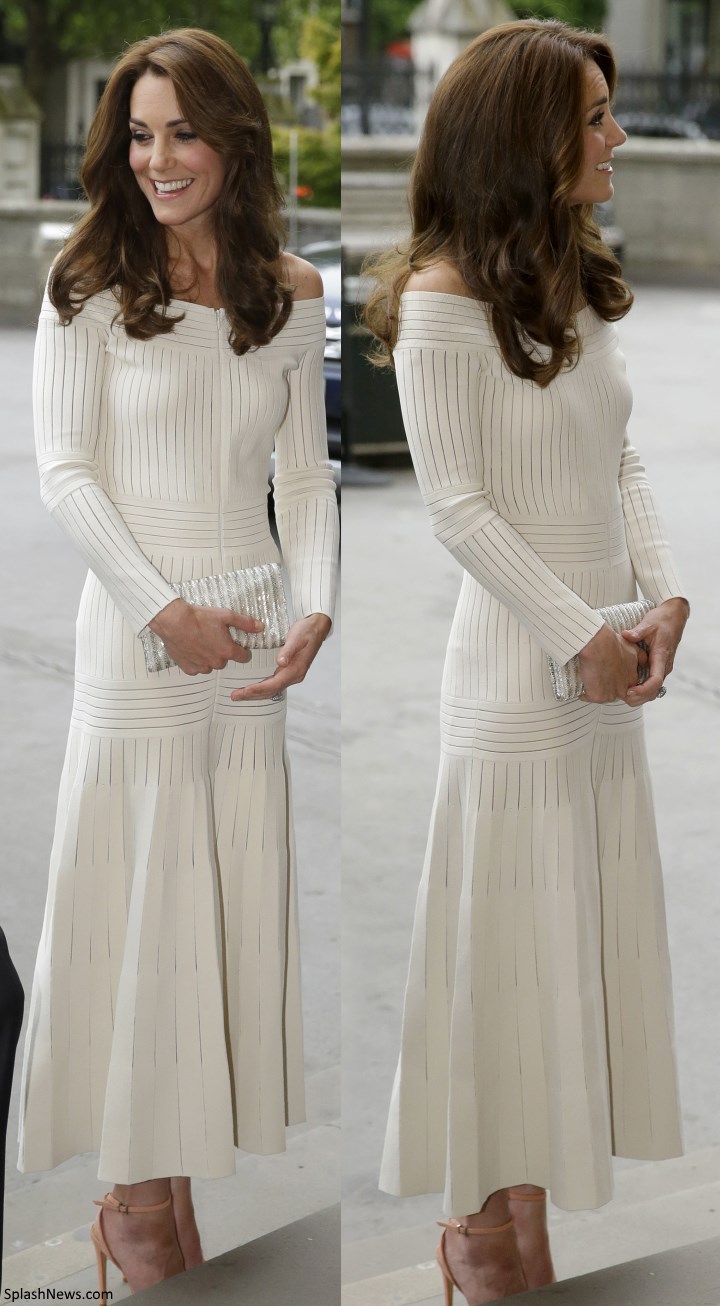 The $2,210 midi dress is cut from figure-sculpting stretch-jersey and paneled with sheer mesh inserts for a sporty feel. Made in Italy, it it designed to create a flattering, feminine silhouette. 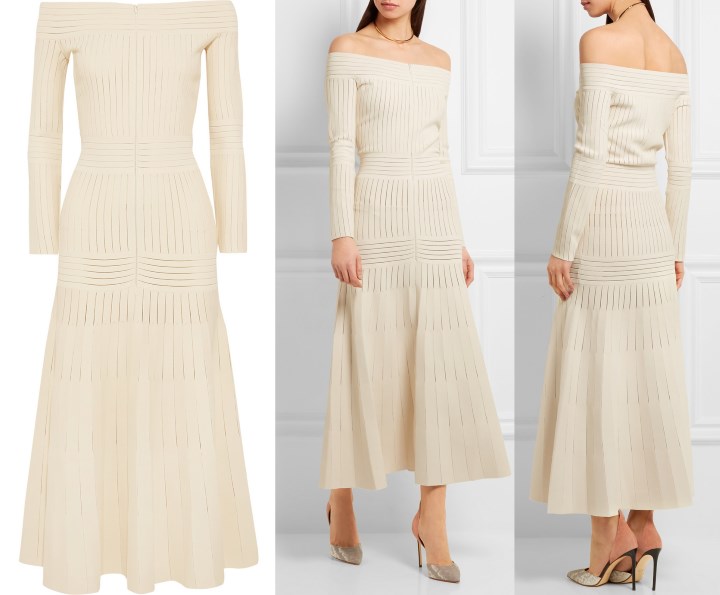 The dress is from the designer's minimalist Spring 2016 Collection. 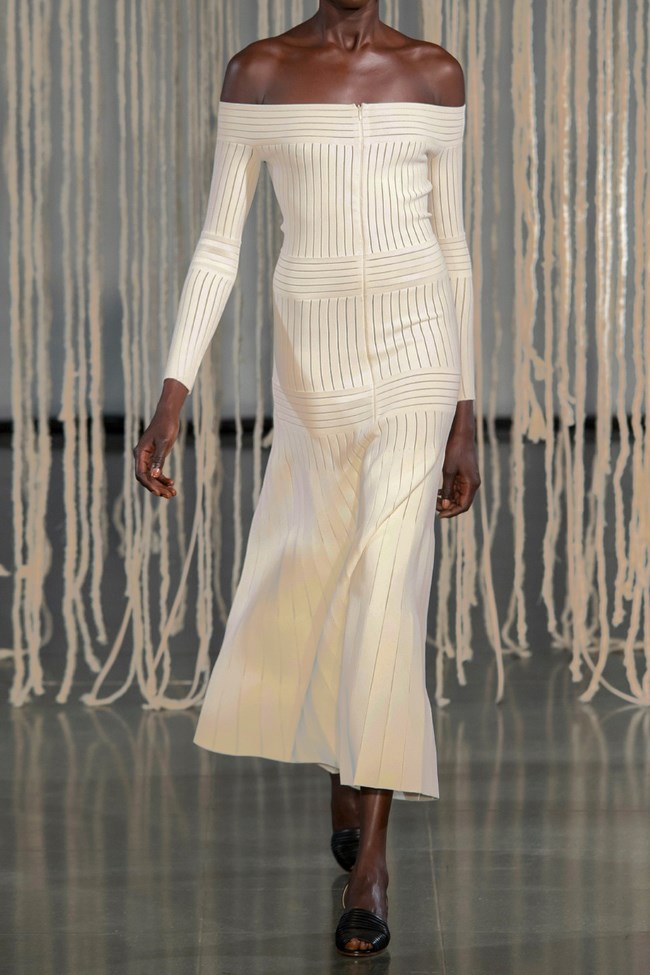 Kate styled the dress with the drool-worthy Jimmy Choo Romy 100 Silver and Dusk Blue Fireball pumps she wore for the BAFTAs. The $725 style are described as: "The classic Romy heel gets a contemporary update in silver and dusk blue fireball glitter dégradé. Leather lined with a leather sole, the 100mm heel height creates a leg-lengthening effect." 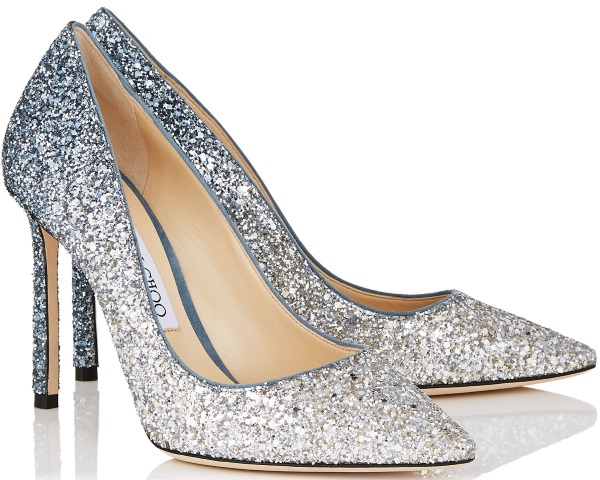 In fact, my only quibble with this look is the shoes rather outrank the dress in terms of formality and sheer sparkle factor. The Choos are screaming 'Take me to the ball'. I love them both separately, but I do think the dress worked better with the sandals the first time round. 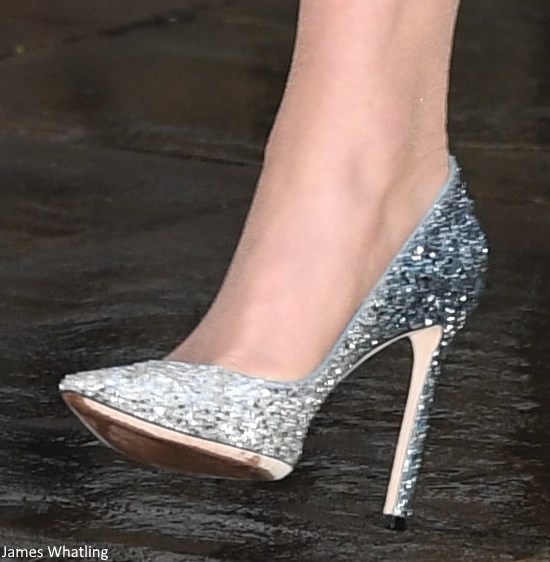 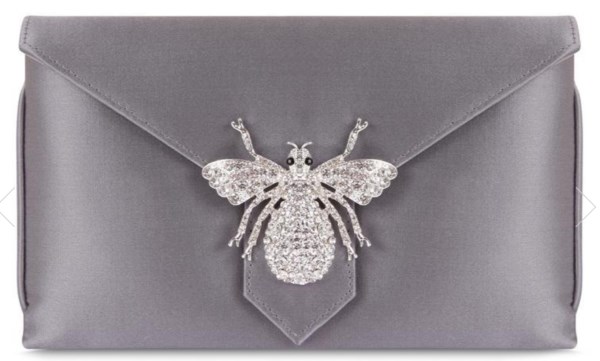 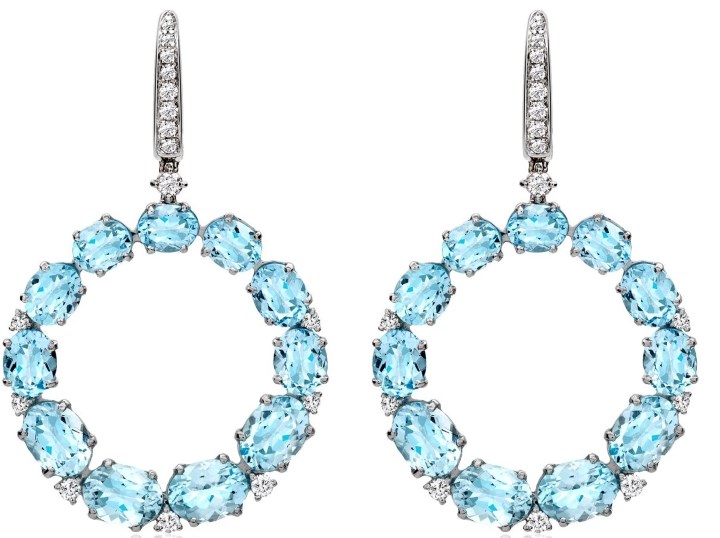 Blue Peter fans are in for a special royal surprise tomorrow! Kensington Palace just confirmed the Duchess has filmed an appearance for the landmark CBBC show which will air tomorrow at 5.30 pm.

In the episode Kate goes pond-dipping with local school kids, which she says is “right up my street.” pic.twitter.com/TZvN4RLUZ2
— Omid Scobie (@scobie) June 12, 2019


Kate joined a group of children for den building and pond-dipping, which she described as "massively up her street". The Duchess is wearing her Troy London Tracker jacket and Superga Cotu shoes in 'Sherwood Gum' (with thanks to Middleton Maven). 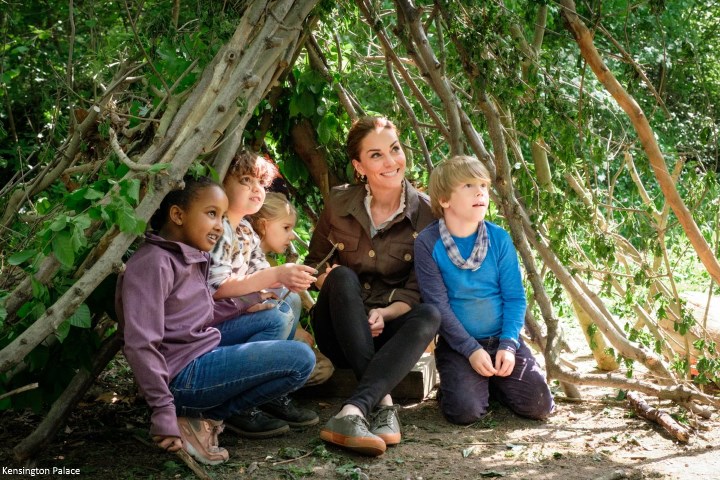 'The Duchess, who last month unveiled her “back to nature” garden at Chelsea Flower Show, is taking part in a special segment to be broadcast on Blue Peter on Thursday night to make the case for spending "ten to 15 minutes" playing outside as often as possible.

She will also launch a “once-in-a-lifetime” competition for young viewers to design a sculpture to put in her garden at RHS Wisley in September, with two runners-up invited to design their own activity cards to help their peers into the garden.

The programme will see the Duchess speak about the importance of outdoor play, confessing her own children Prince George, Princess Charlotte and Prince Louis are “dragged outside” come “rain or shine”.

“It encourages creativity, confidence and even a short amount of time - 10-15 minutes outside - makes a huge difference to physical well-being but also to our mental well-being,” she said, in discussion with presenter Lindsey Russell.

A seven-and-a-half minute segment of the show, which is broadcast on CBBC, sees the Duchess introduced as a "gold Blue Peter badge-holder” before taking part in three outdoor activities children can try at home'


I'll post the full segment once it becomes available.

We'll almost certainly see the Duchess at Windsor on Monday for this year's Order of the Garter. There's going to be quite the turnout with Queen Letizia of Spain and Queen Maxima of the Netherlands expected to support their husbands. King Felipe became a Stranger Knight of the Order in 2017 and King Willem-Alexander was appointed a supernumerary Knight last October. Royal Ascot kicks off next Tuesday, it's possible we'll see the Cambridges there on one of the days.
Posted by Admin at 20:11:00