How many of you have fond memories of watching Blue Peter growing up? I certainly do, and I imagine it was a staple growing up in the Middleton household. The landmark children's programme has been entertaining youngsters since 1958. Following Kate's 'Back To Nature' garden at RHS Chelsea, the Duchess wanted to encourage more children to participate and knew the perfect way to access a large audience was to join forces with the iconic show to launch a very special competition. The entire segment can be viewed below (don't miss keen young gardener George Hassall taking the lead dividing Kate and presenter Lindsey Russell into teams).

When Kate arrived, it was time for pond-dipping and den building, which she described as "massively up my street". Kate told presenter Lindsey "It encourages creativity, confidence and even a short amount of time, 10-15 minutes outside makes a huge difference to physical well-being but also to our mental well-being". The Duchess added George, Charlotte and Louis are "dragged outside, rain or shine" to play outdoors. In Cumbria, Kate revealed she took the children to the Lake District for three days over half-term. The segment was filmed on 30 April, the Court Circular notes Kate visited Sayers Croft Wildlife Garden and Forest School that morning. 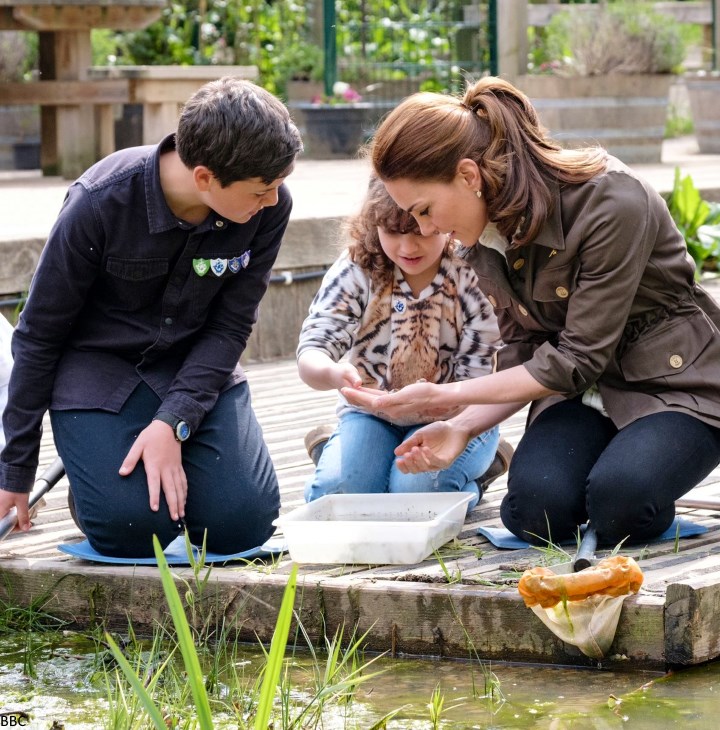 'Joined by a small group of school children at Westminster City Council’s Paddington Recreation Ground, she first helps them with a spot of pond-dipping, and is shown a figure-of-eight technique to best catch wildlife in a net.

"I didn't realise there's an actual technique,” she said, before asking her young friends what they have caught before. Told about their favourite tadpoles, she asks: “Do you know what tadpoles eventually turn into? Have you ever seen any froggies?”

When one girl carefully picks up a newt for a closer look, the Duchess praises her bravery with an admiring “wow”. A second task sees her under the instruction of George Hassall, an RHS young gardener of the year and Blue Peter regular, to plant flowers in “upcycled” containers including colourful wellington boots and old colanders.

“They're good gifts as well, aren't they?” she said, in a hint at how the Cambridge children may be spending their pre-Christmas playtime. “You can do something quite fun.”

More from the BBC: "The Duchess wants to highlight the benefits of the great outdoors and inspire children, families and communities to get back to nature. She is a strong advocate for the importance of early years and the positive impact that nature and the environment can have on childhood development. In the Blue Peter film Her Royal Highness talks about her passion for the great outdoors and how she enjoys getting outside with her family whatever the weather." 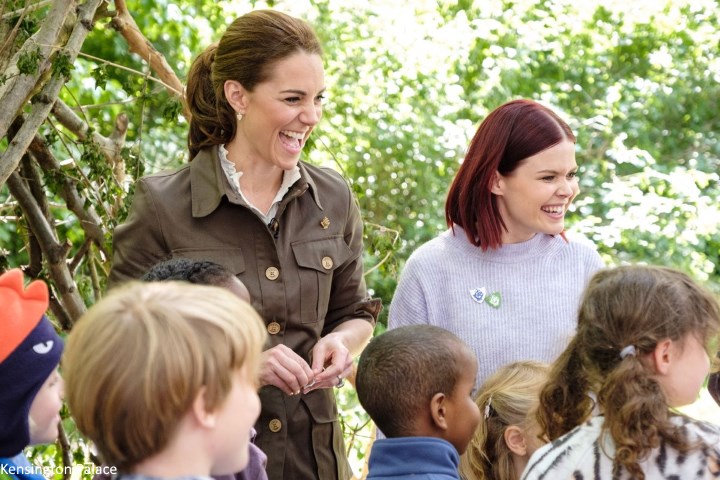 During the visit, Kate planted her own Dianthus Barbatus, more commonly known as a 'Sweet William'. 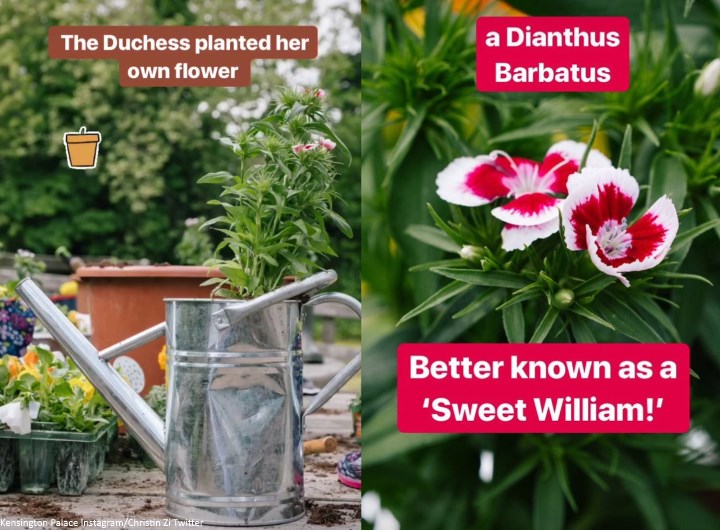 The appearance marks the official launch of a competition with the aim of encouraging families to get outdoors. Young viewers are asked to design a sculpture which will form part of Kate's Back To Nature garden when it arrives at RHS Wisley in September. In addition, the winner will have the opportunity to meet the Duchess. The winning submission should be made from natural materials, include a design element for play or interaction and a paragraph on the thought process behind it. It's open to 6-15 year olds. 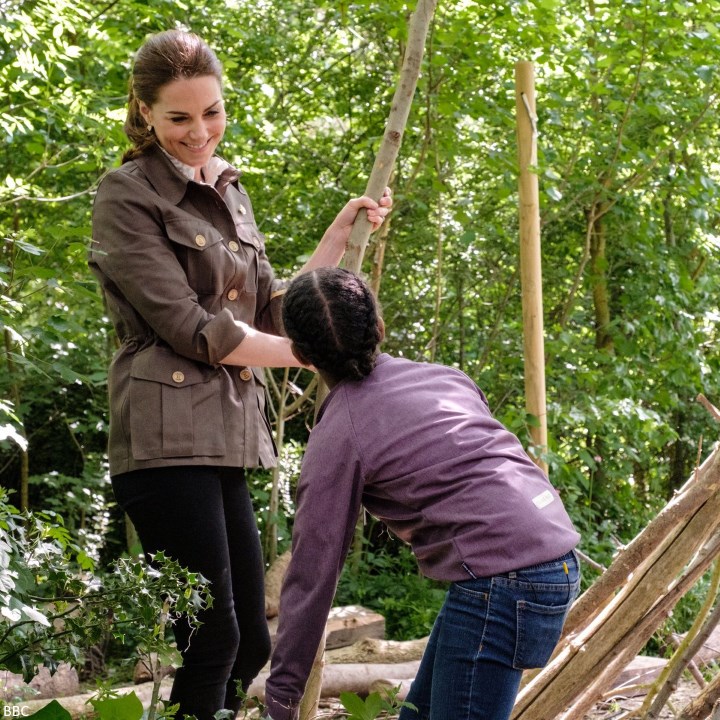 To inspire families to spend more time enjoying nature, the Duchess created a selection of outdoor activity cards to accompany the garden. Two runners-up will also get to design their very own Blue Peter activity card. 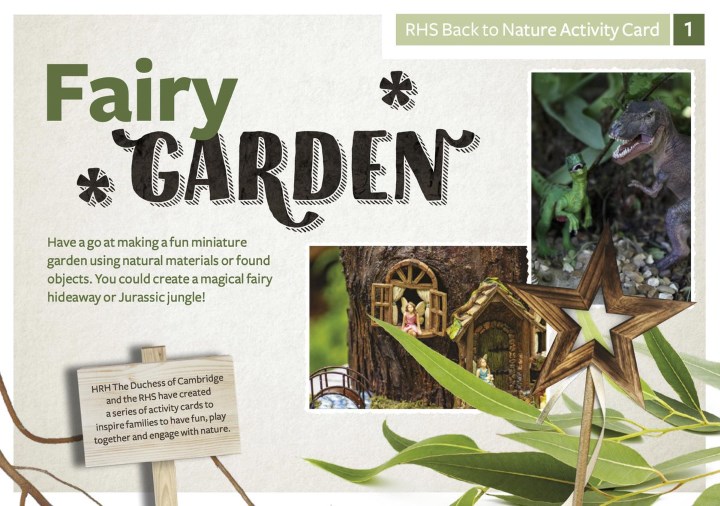 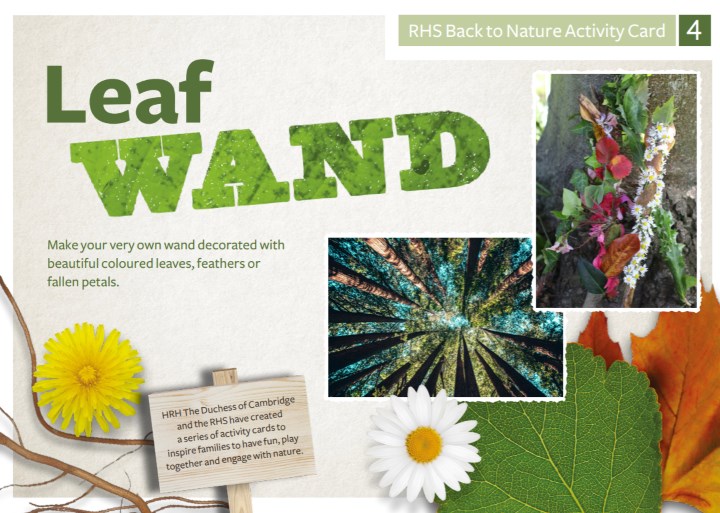 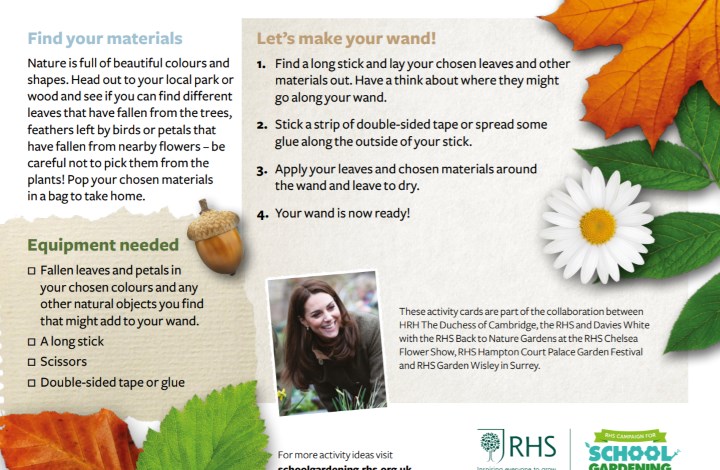 At the end of the segment, Kate was thrilled to receive her 'Green Badge'. You might recall William and Kate received their Gold Blue Peter badges (Kate wore hers today) in December 2017 for an appearance they made in support of children's mental health.

For the Blue Peter outing, the Duchess wore her Troy London Tracker jacket. Kate first wore the piece publicly on Tuesday for engagements in Cumbria. 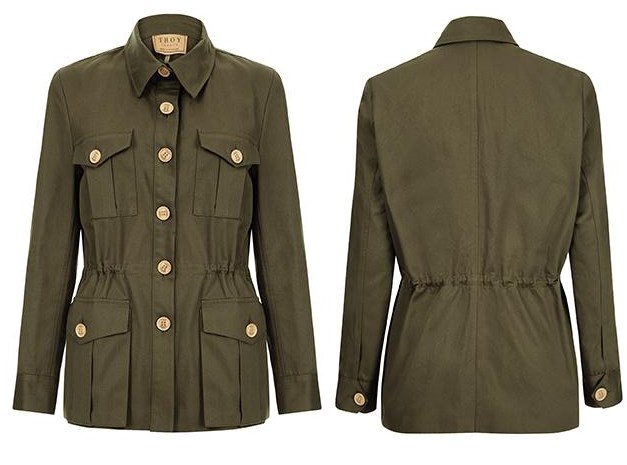 And accessorised with her Kiki McDonough Lauren leaf earrings. 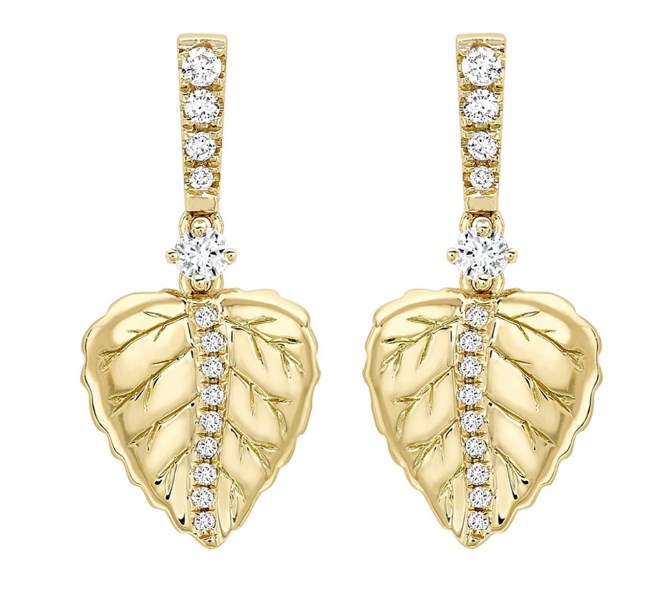 For outdoor activities, Kate chose a pair of Superga Cotu shoes in 'Sherwood Gum' (with thanks to Middleton Maven). They retail for £50 on the Superga website. 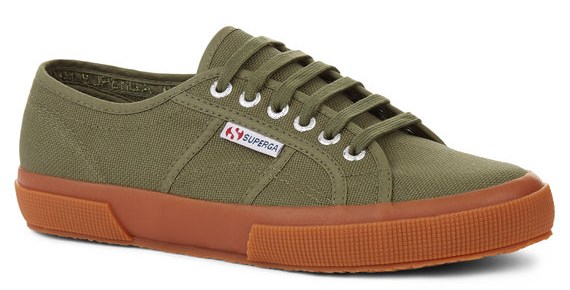 It was a treat to see Kate's efforts to inspire families to spend more time outside continuing. I'm sure George, Charlotte and Louis were tickled pink to see Mum on Blue Peter :)