To mark Princess Charlotte's birthday tomorrow, the Palace shared three new photographs, taken at Anmer Hall and Kensington Palace over Easter break by Kate. Similar to Louis' birthday portraits, they were taken out in the garden. Charlotte has grown into quite the little lady already and very much resembles the Windsor side of the family, especially her great-grandmother the Queen. I remember when the Queen at 90 documentary aired in 2016, Kate said Her Majesty was "thrilled" Charlotte was a girl. Of course, Charlotte's middle name is very fittingly Elizabeth after the monarch, and Diana after her grandmother. The photo below is my favourite, capturing a smiling, quietly thoughtful little girl. 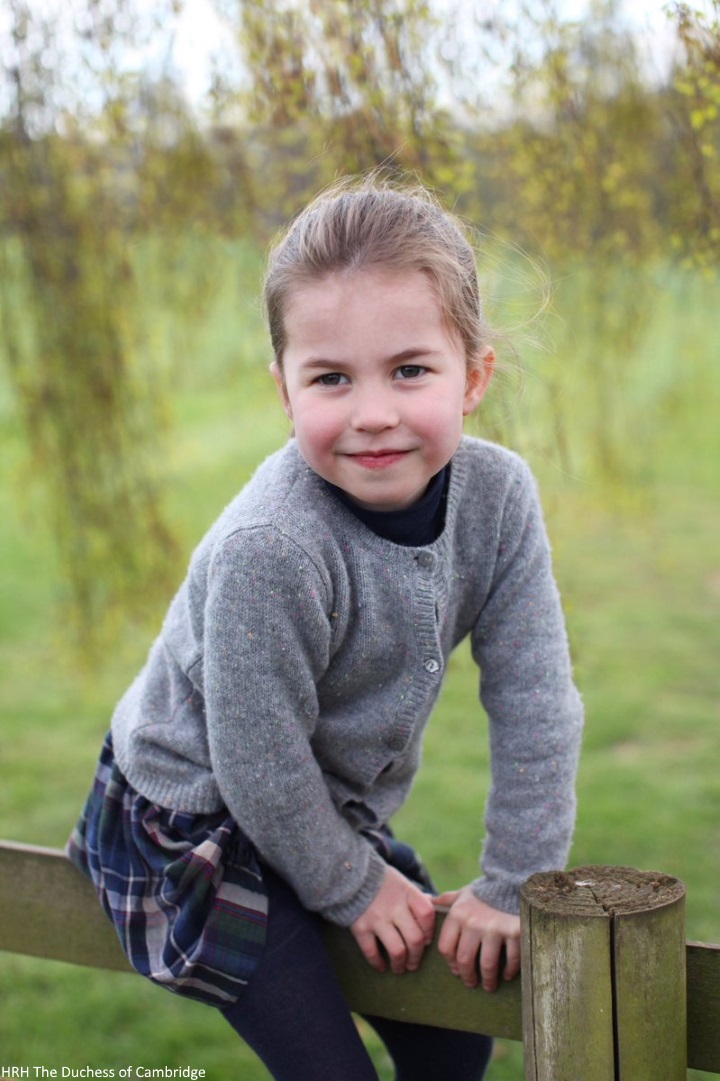 Pretty as a picture in a blue print dress and trainers. 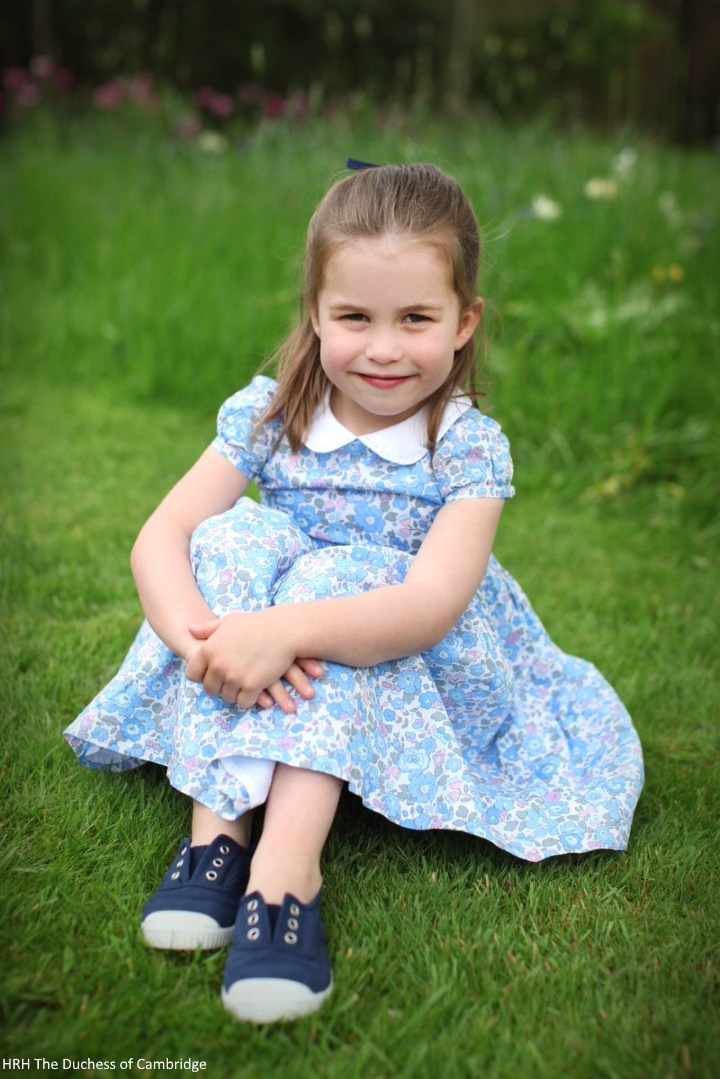 In Northern Ireland, Kate revealed she calls her daughter Lottie as a nickname. Charlotte is expected to join George at Thomas's Battersea in September. She'll finish up at Willcocks Nursery this summer. We've also learned the princess "absolutely loves" dance and ballet and is said to be taking classes. Before Christmas, Kate and Charlotte attended a rehearsal of The Nutcracker at the Royal Opera House. 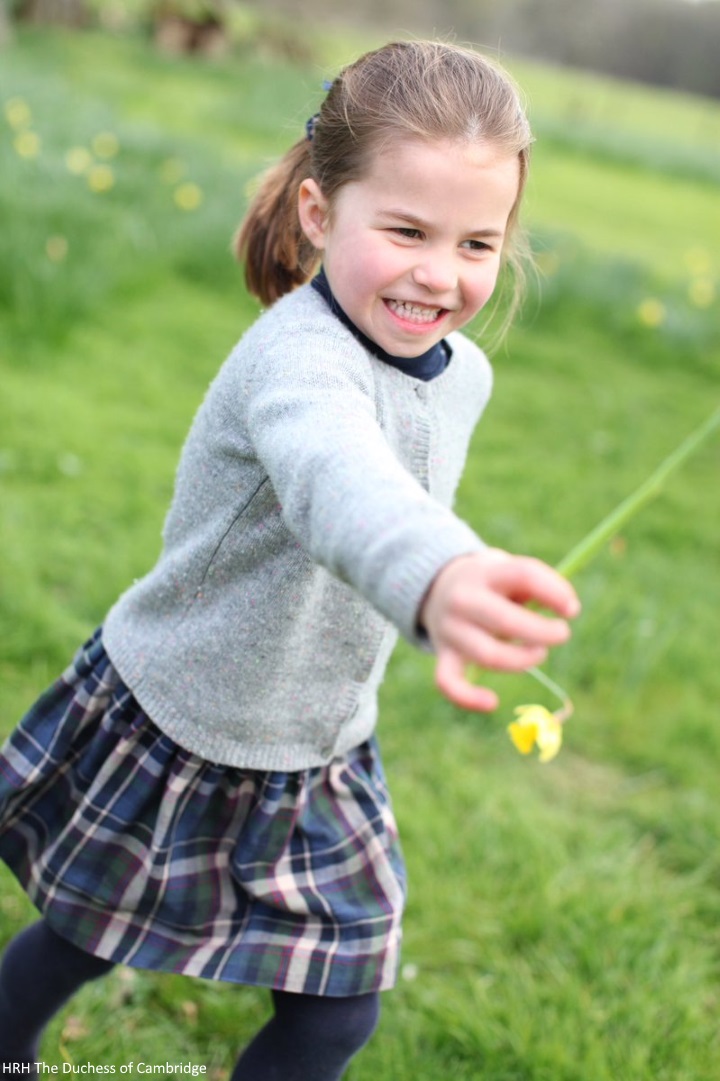 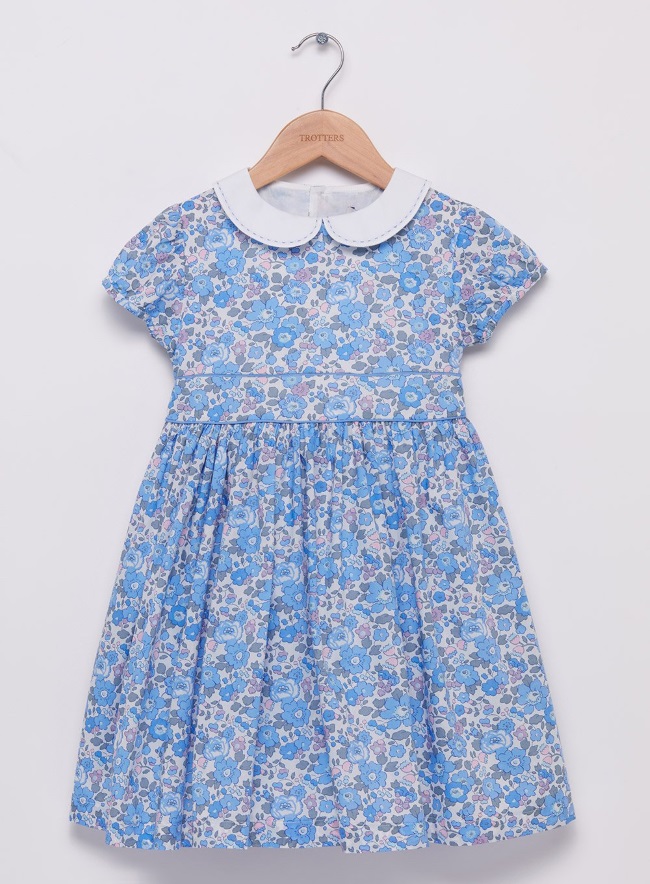 And the £26 Trotters Hampton Canvas Plum Shoes (a special word of thanks to Susan from What Kate's Kids Wore). 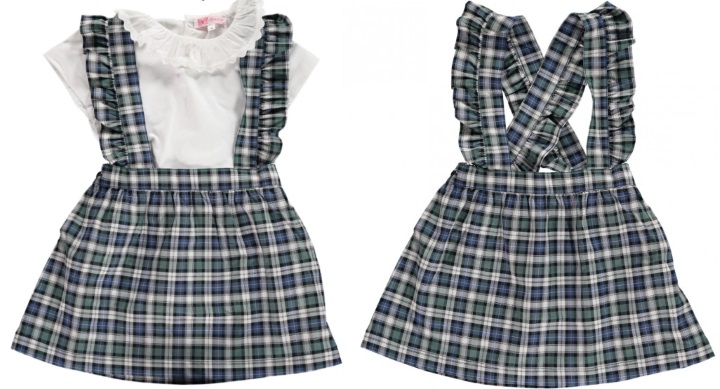 Three was quite the year for Charlotte, filled with plenty of adventures...of the wedding variety. 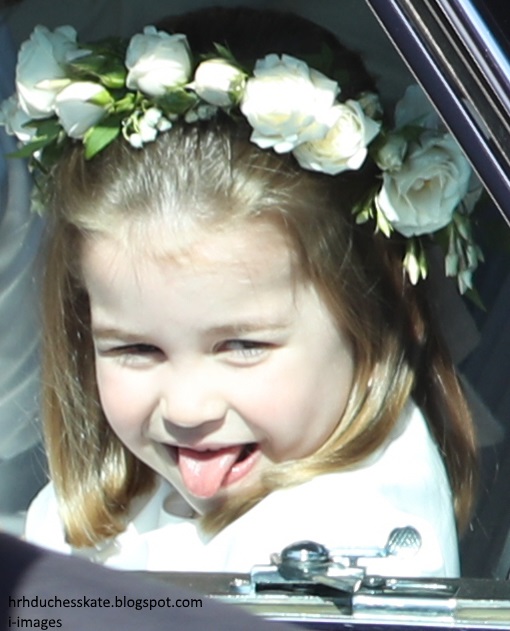 Last May, she was a bridesmaid at Harry and Meghan's Windsor wedding. Charlotte looked adorable in her Givenchy dress and floral crown. 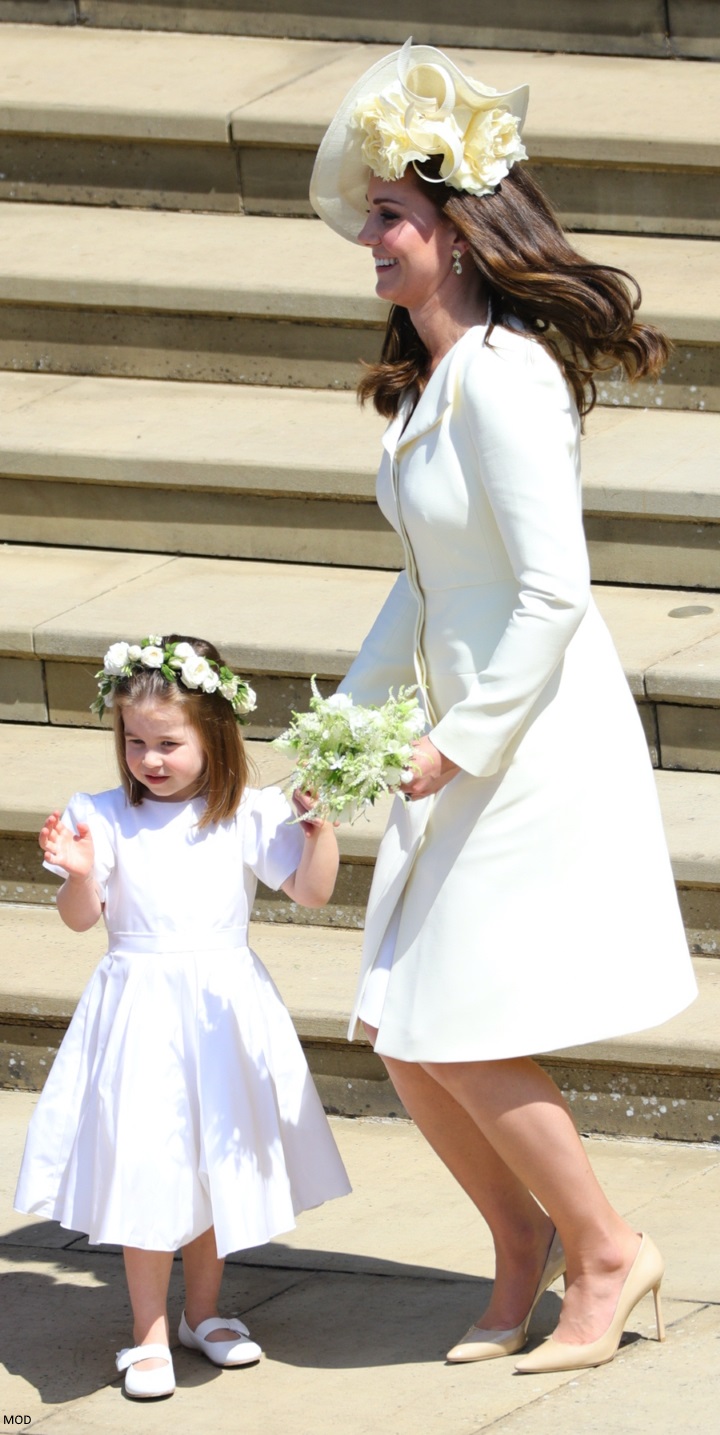 Fun on the Buckingham Palace balcony for Trooping the Colour. 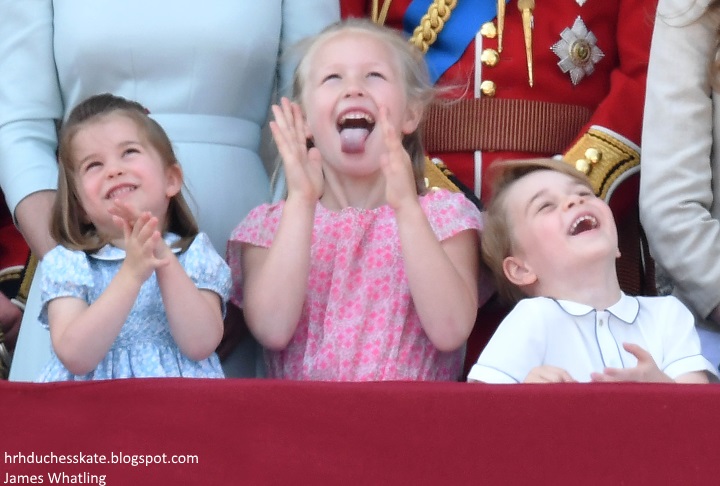 The following day, Charlotte made her polo debut. The Princess joined Kate and George for the first time to cheer William on as he participated in the Maserati Royal Charity Polo Trophy at the Beaufort Polo Club in Tetbury. 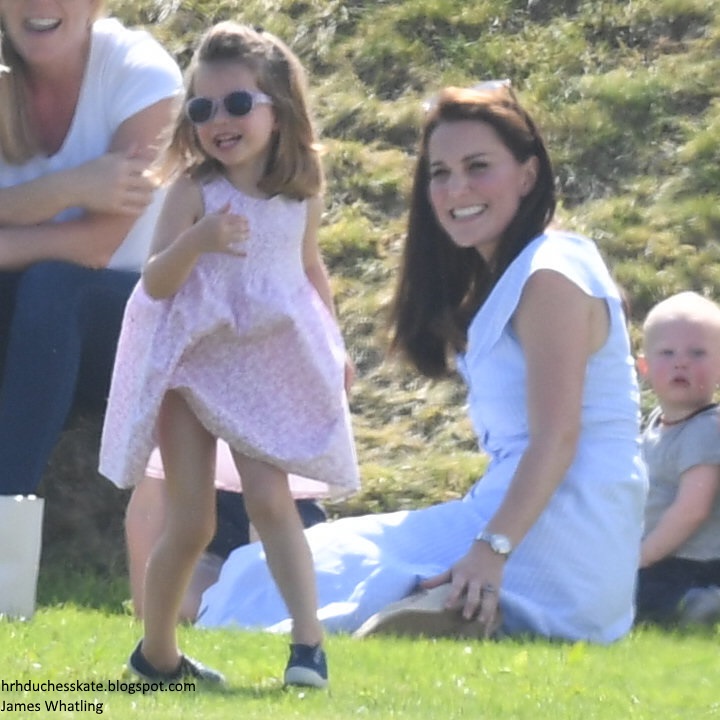 The Cambridge children had a ball running and playing with Charlotte's playful personality on display. 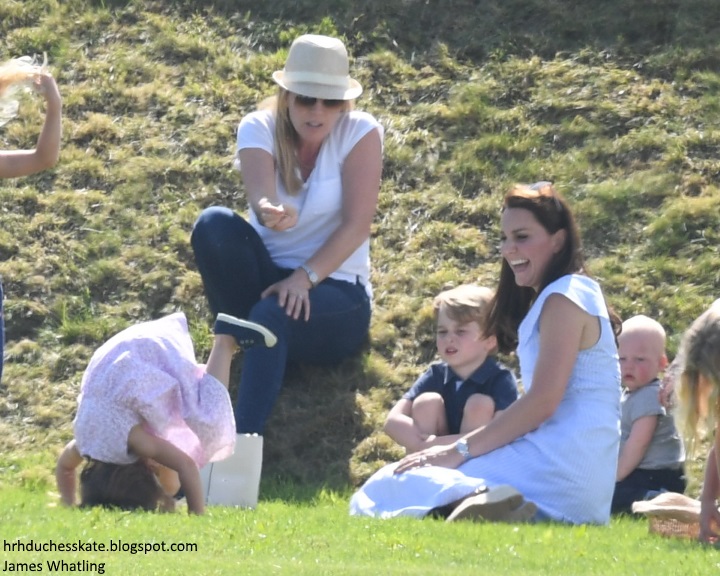 The Cambridges made their first official appearance as a family of five for Louis' christening in July. 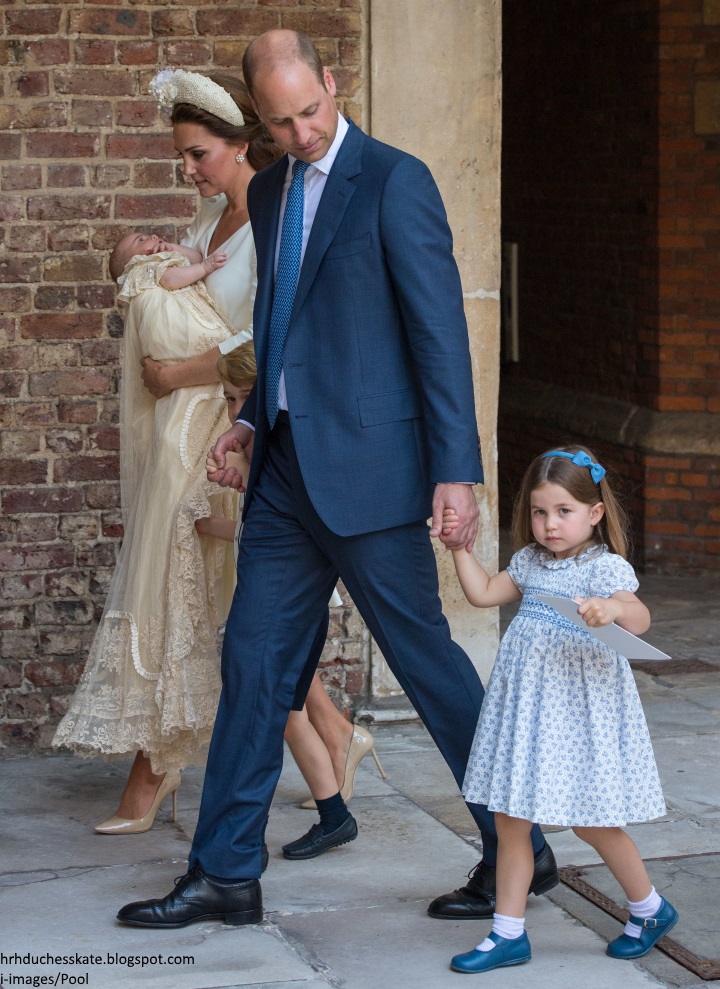 Tea afterwards was a decidedly family affair. The little lady turned to the media as they left the chapel and informed them: "You're not coming!" :)

Charlotte was on bridesmaid duty again in September for her godmother Sophie Carter and Robert Snuggs' wedding.

By the time Princess Eugenie and Jack Brooksbank's day came round in October, Charlotte had bridal party duties down to a fine art, including the all-important royal wave. 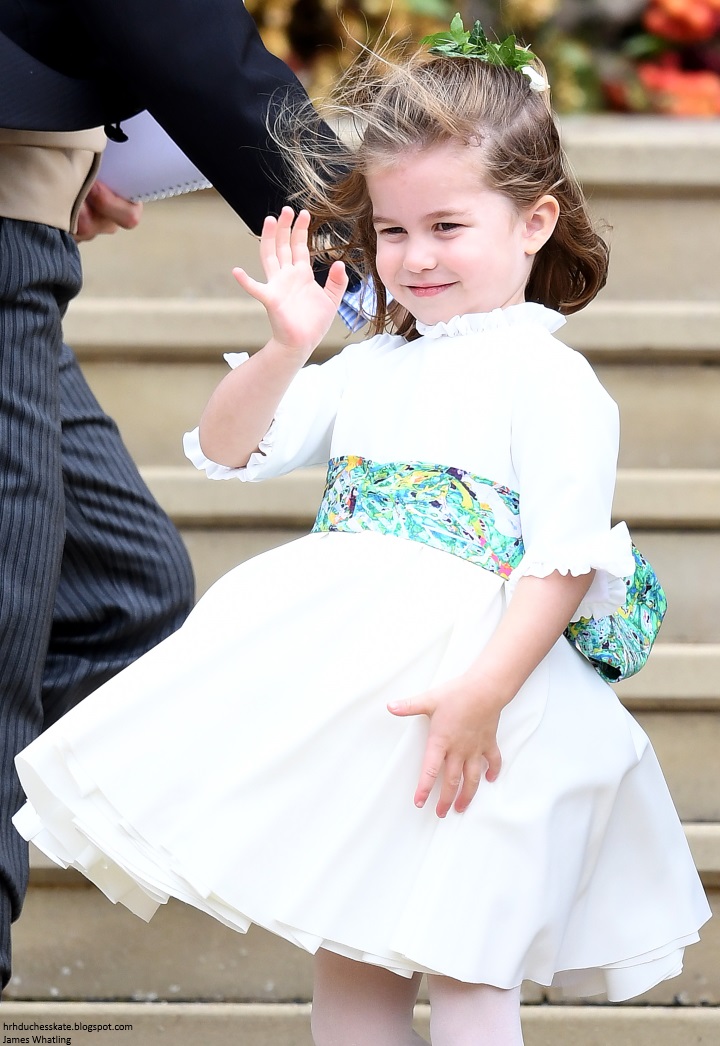 It was a family affair for Prince Charles' 70th birthday portraits. 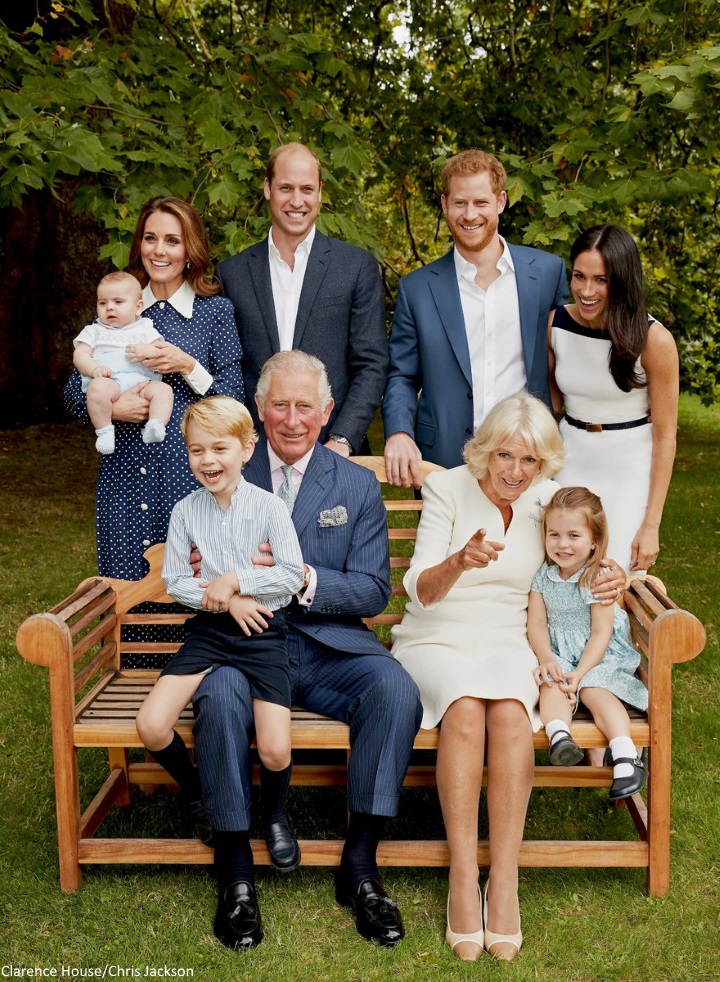 Charlotte looked very grown up with her hair tied back for the Cambridges' Christmas card. 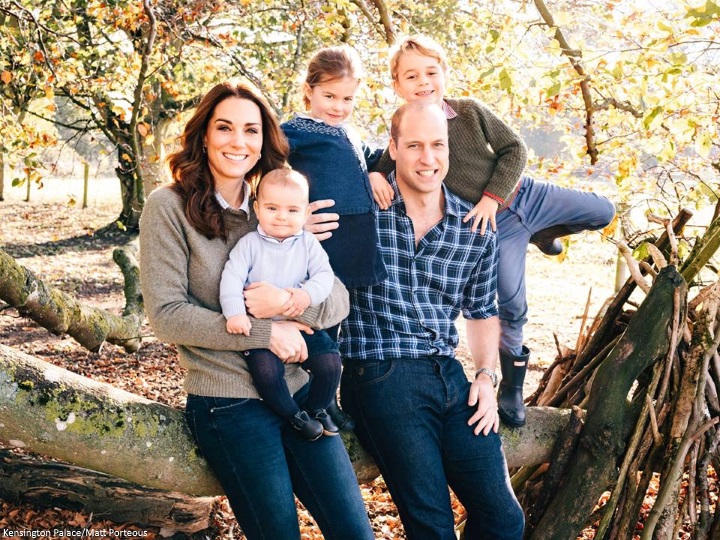 And a little wave arriving at the Queen's pre-Christmas luncheon. 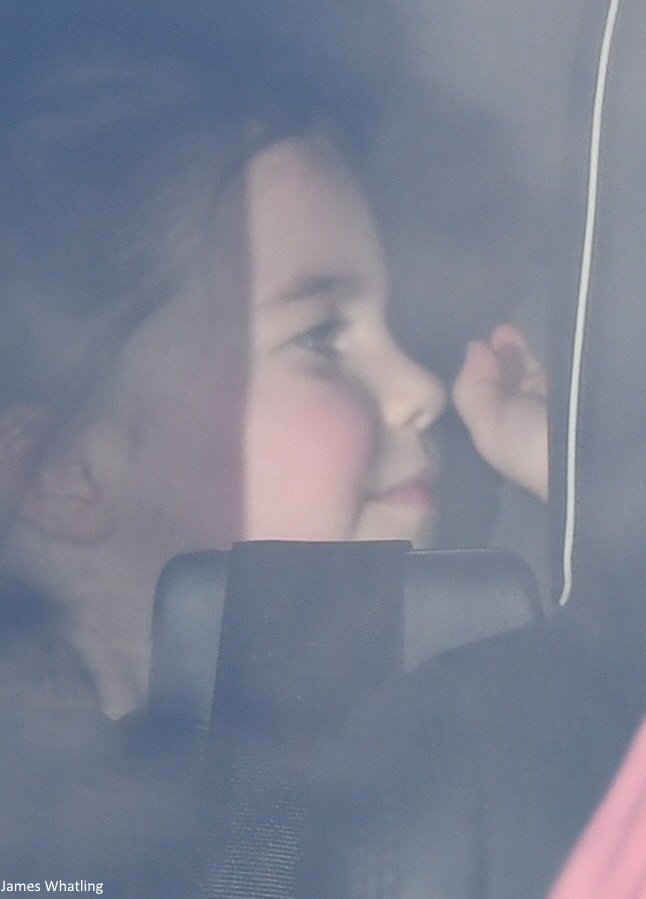 From one Charlotte to another, Happy Birthday little Princess! 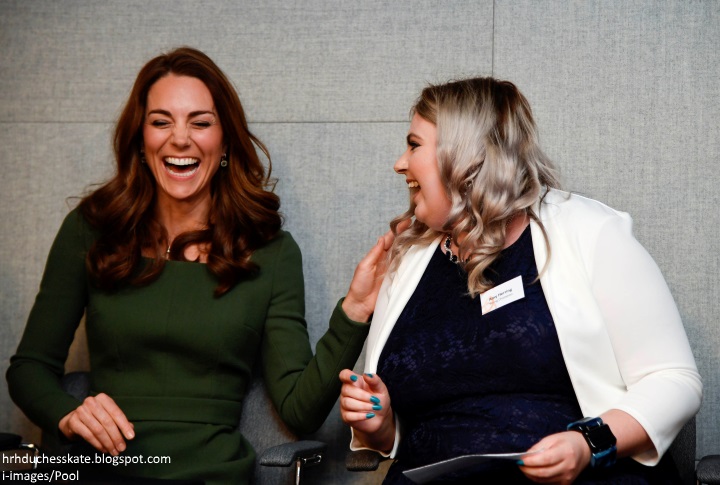 I do expect Kate will attend the Royal Victorian Order service at Windsor on Friday, however I don't know if the service is private. I'll leave a note in the comments of this post when I do find out definitively.
Posted by Admin at 22:34:00