It's A Return To Anglesey For The Cambridges

The Duke and Duchess of Cambridge returned to their former home of Anglesey for several engagements today. 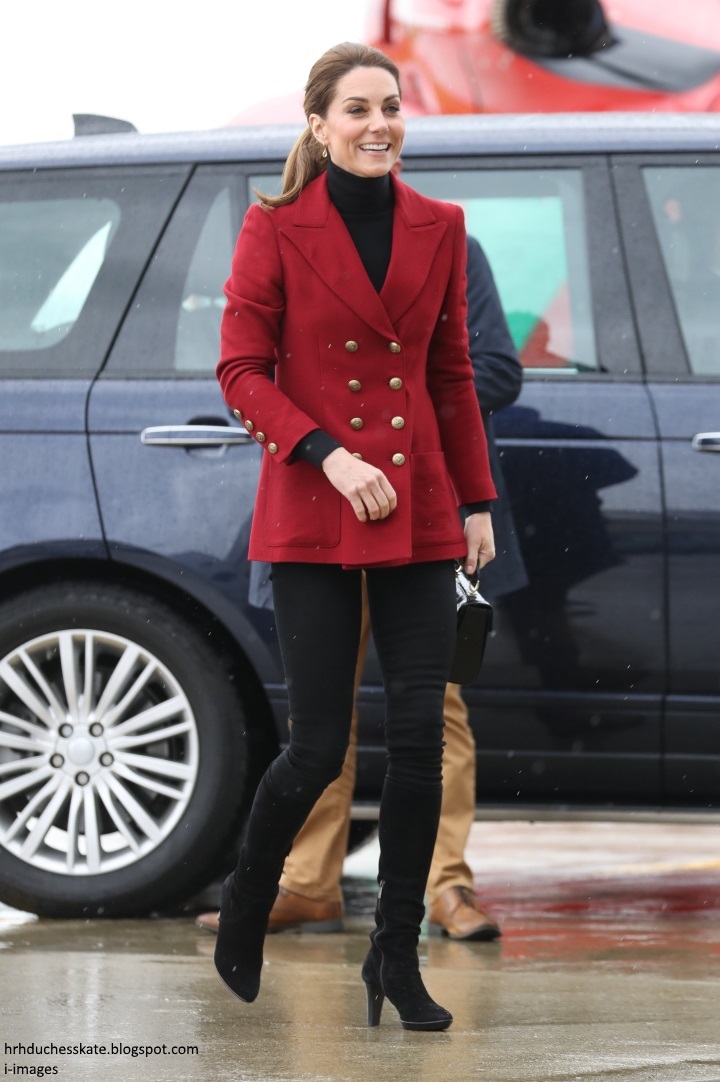 They shared their first home together - a four-bedroom rented farmhouse - on the Isle for three years before and after they were married. Months after the royal wedding Kate said: "I love our life in Anglesey. It's just nice to be outdoors and away from the city. As much as I love London, it's nice to get away". When the couple left William said they would return "again and again". 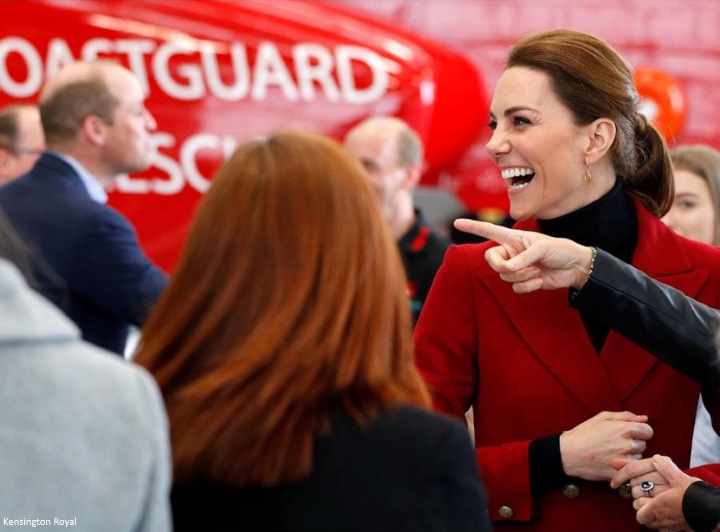 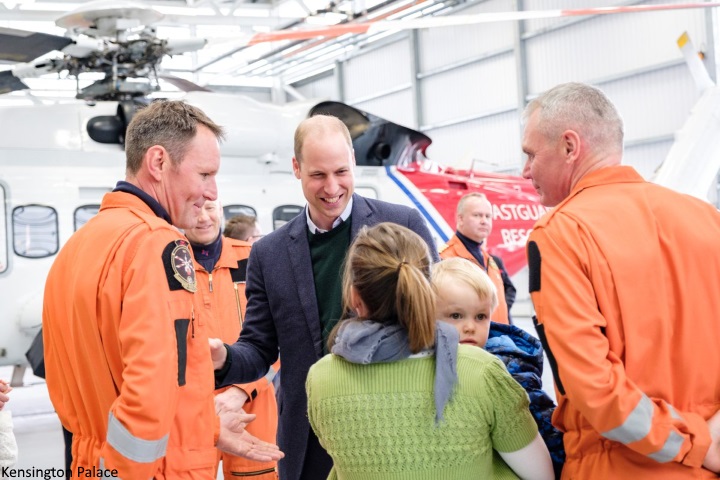 'William told his old crew that he does miss his old job, which involved flying rescue missions in all kinds of weather and terrain. Coastguard helicopter winchman Paul Jones and his wife Gemma, were with their son's, Finlay, 12, and Alex, aged nine, who were much younger the last time Kate and William saw them. Mr Jones said: 'It's lovely to see him, we worked very closely for three years and then he moved away. It was like he's never been away.' 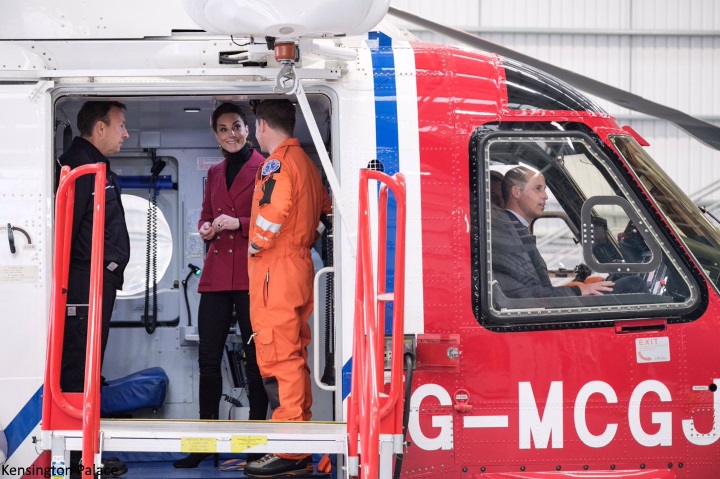 Kate was very taken with this little girl. 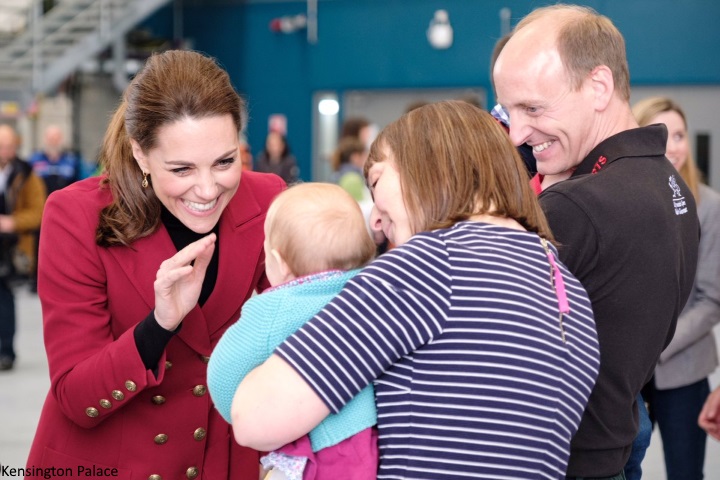 From there, they joined some of William's former colleagues and staff from Wales Air Ambulance to discuss the mental health challenges first responders deal with on a daily basis. 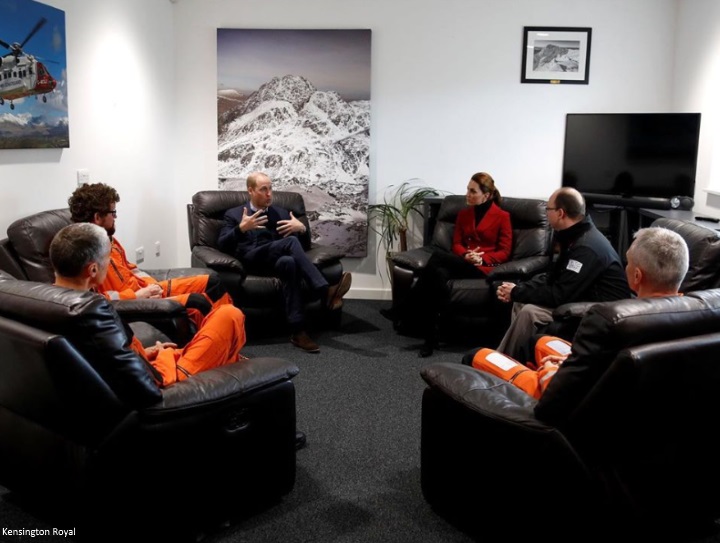 A video from the visit.


Their next port of call was Halen Môn Anglesey Sea Salt, a thriving local business which has been operating for over two decades and which won the Queen’s Award for Sustainability in 2017. 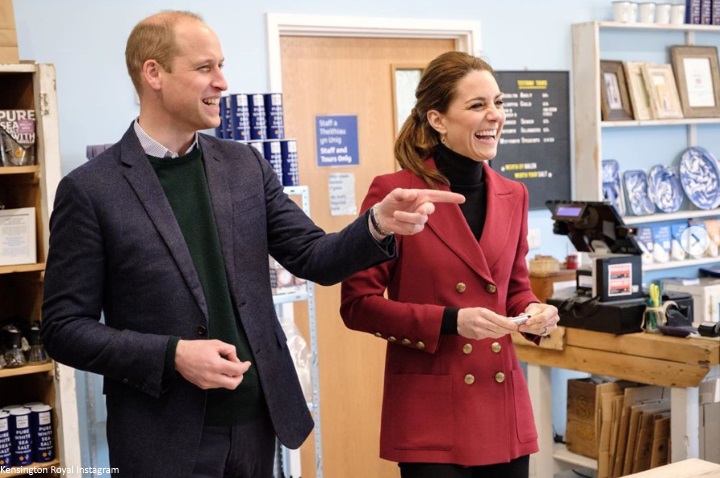 William and Kate saw the salt-making process from hand harvesting to packaging, and discussed the company's involvement in local initiatives. 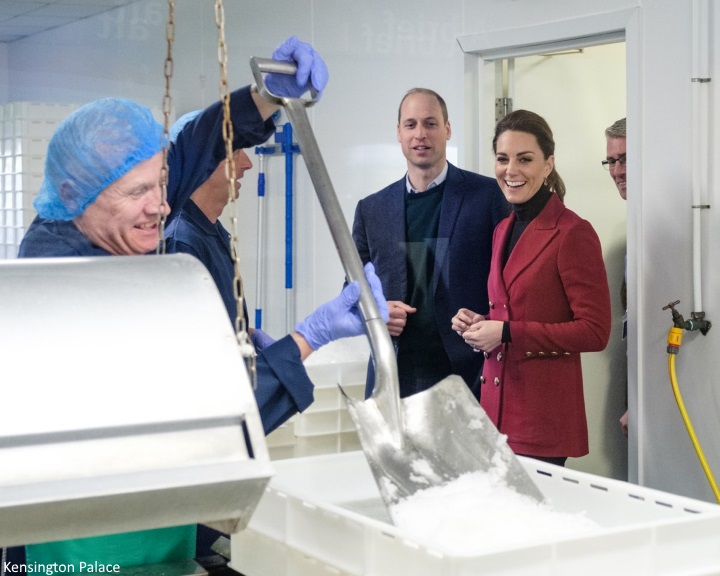 More from the company on their success: "In 1997, we left a saucepan of seawater to boil on the Aga in our family kitchen agaand as the crystals started to form, we knew we’d struck culinary gold. In 1999, we started supplying Halen Môn Sea Salt to Swains, our local butchers in Menai Bridge on the Isle of Anglesey. Today, our sea salt is enjoyed around the world by chefs, food lovers and even Barack Obama. It has been served at the London 2012 Olympics, political summits and royal weddings and is a vital ingredient in Green & Blacks chocolate and Piper’s Crisps. Along with over 100 of the nation’s best delicatessens in the UK, we also supply Marks and Spencer, Waitrose and Harvey Nichols. Our sea salt can be found in more than 22 countries across the globe as well as on the tables of some of the world’s top restaurants like The Fat Duck." 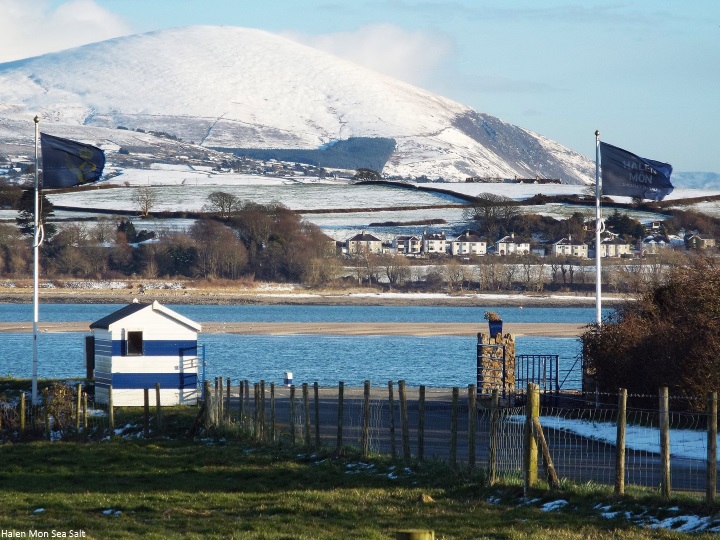 Finally, it was time for an embargoed engagement on Newborough Beach. The photos brought back memories for royal fans from the walks the couple used to enjoy in Anglesey after the wedding. 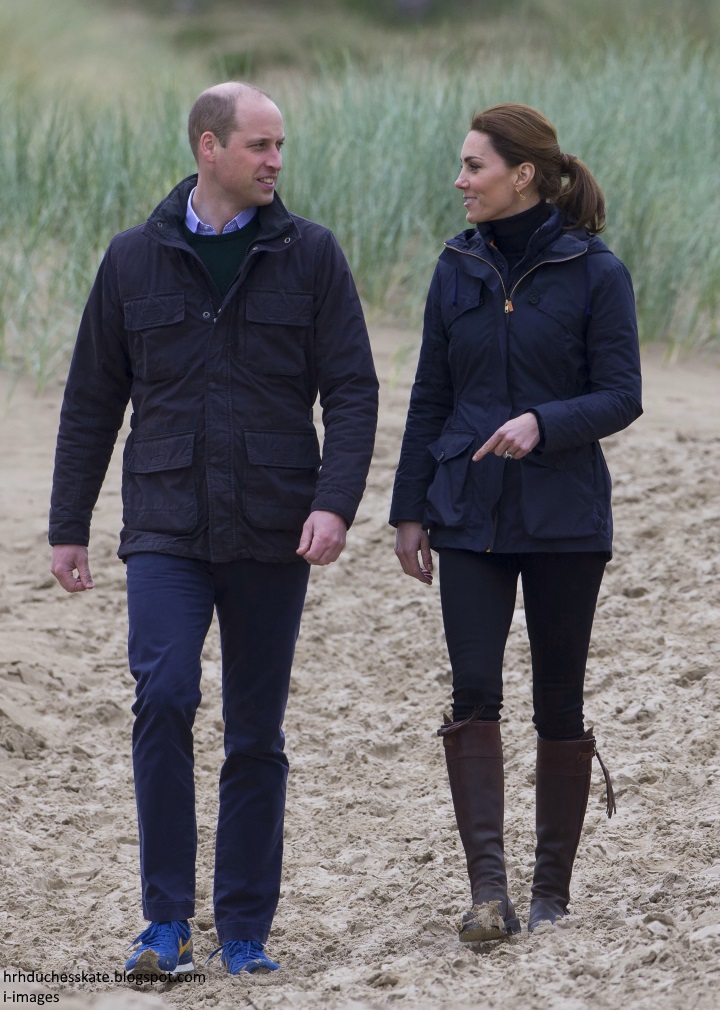 They joined the Scouts from Menai Bridge to explore Newborough Beach's wildlife habitat and to learn more about nesting bird colonies in the area. 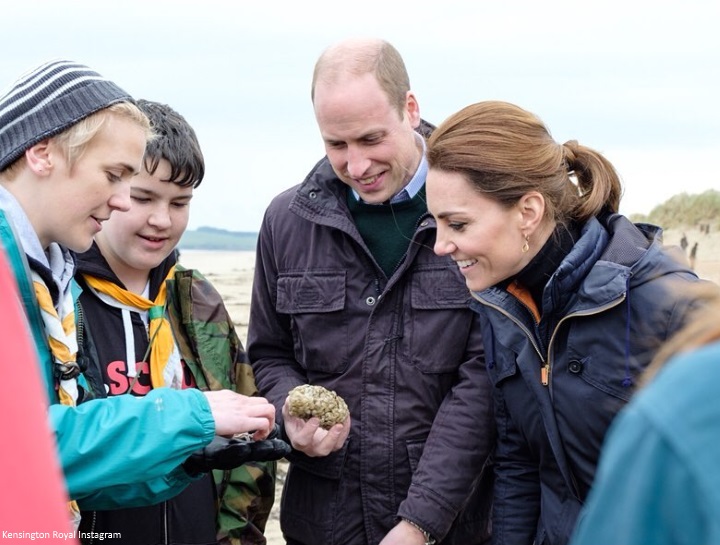 The Palace said: "The Duchess previously volunteered with the Scouts during her time in Anglesey, and during the visit heard how the Scouts are working closely with local organisations and schools to protect the region’s natural habitat." 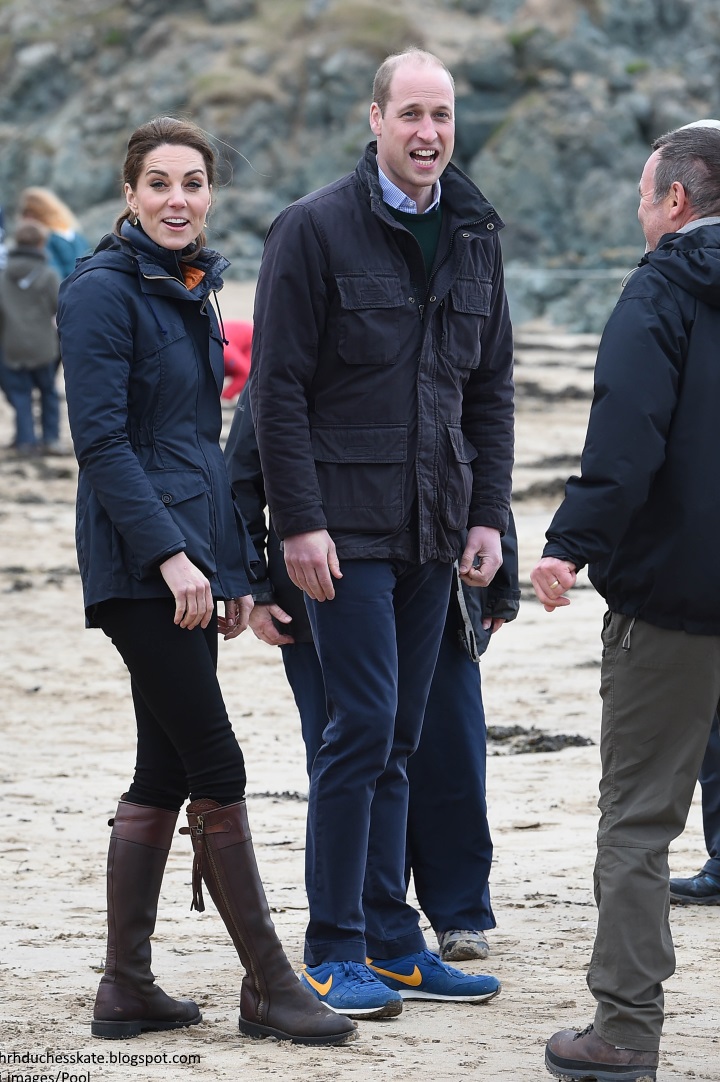 'The Duchess of Cambridge once appeared as a "very attractive" Miss Moneypenny at a James Bond-themed party, it was revealed as she and her husband returned to Anglesey to meet familiar faces from their time on the island.

The Duke and Duchess met with members of the 1st Menai Bridge Scout Group on the beach at Llanddwyn in what was described by one of the group's leaders as a "reunion of friends". The Duchess volunteered with the group when she lived on Anglesey, and asked to meet with them during the royal couple's visit to the island. Sue Hesketh, the group's Cub leader, said: "She said how nice it was to see us again, and how happy she was that we were still involved in scouting.

Malcolm Rogers, a Scout leader, said: "It was a reunion of friends today. It was so lovely to see the Duchess again. "She really got stuck in with us and the children and, when we had a James Bond-themed party, she made a very attractive Miss Moneypenny. "She told us today how much she enjoyed volunteering with us."
Christopher Hughes, 16, remembered the Duchess helping with the group when he was just nine years old, and was reintroduced today to the future queen. Speaking about her work with the group in the past, he said: "We didn't know who she was at first, but we were told she was important.'


Anglesey became the first county in the UK to be awarded Plastic Free Communities status by the group, in recognition of its fantastic work to reduce the impact of single-use plastic on the environment through its the ‘Plastic Free Anglesey’ campaign. 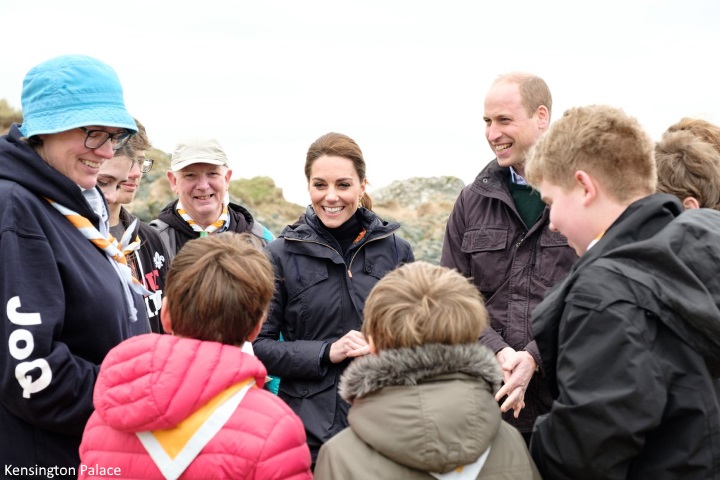 Finally they joined students for a beach clean up. 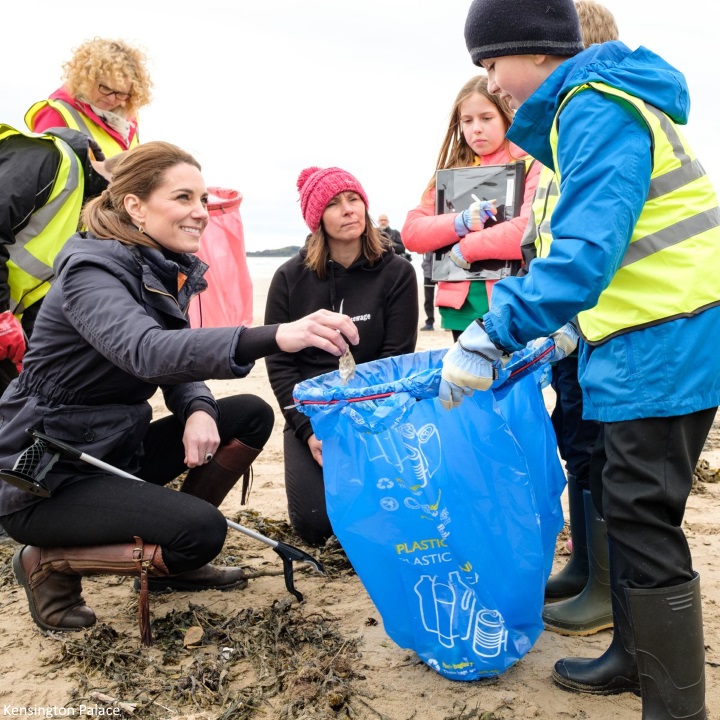 A wrap up video from the beach with nice footage of the Cambridges meeting students.


The Duchess opted for casual ensembles today - repeating several pieces from her wardrobe. 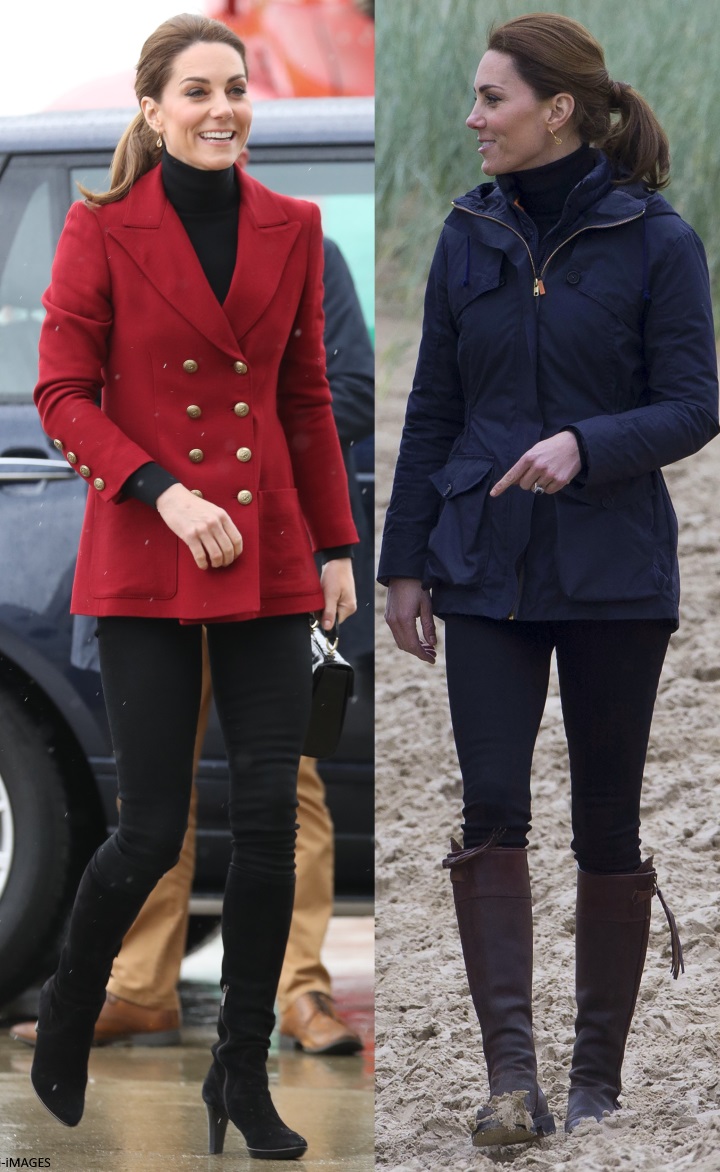 Kate wore her Philosophy Double-breasted twill blazer. The £760 claret blazer is part of the Resort '17 collection, inspired by the work of French designer Jean Bouquin who is famed for dressing the St Tropez jetset in the '60s and style icon Brigitte Bardot. 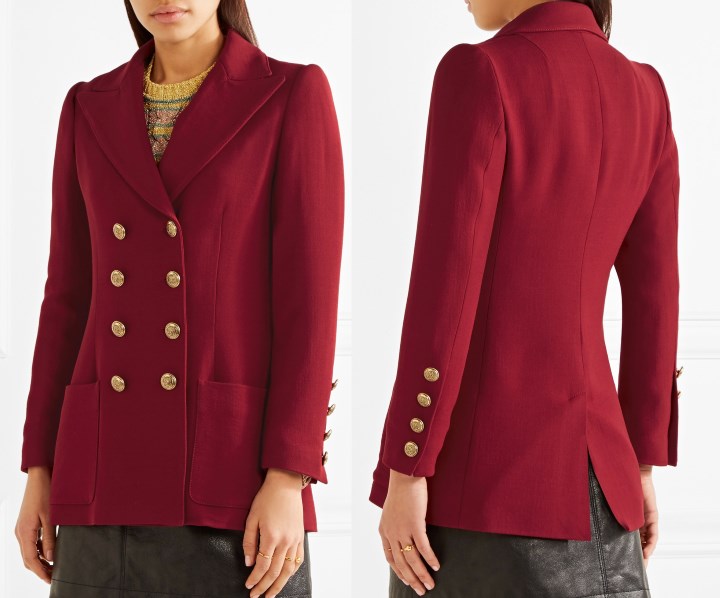 The Duchess first wore the piece in 2017 for an engagement with RAF cadets. 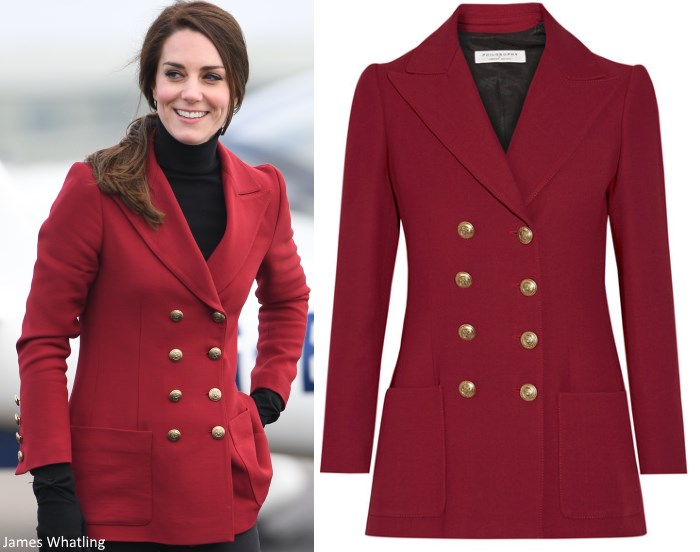 The Duchess brought back her trusty Aquatalia Rhumba boots for the outing. The boots are available in tall sizing at Bloomingdales and an updated version, the Rhumba II, is available at Nordstrom. 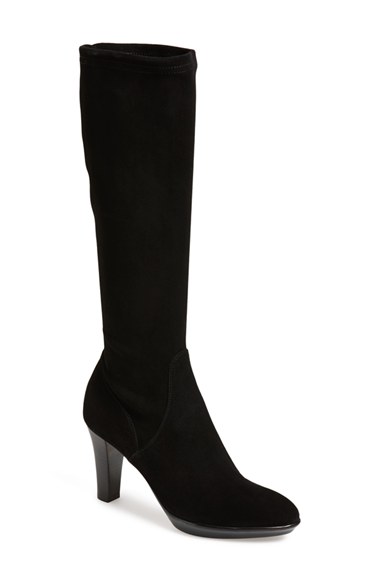 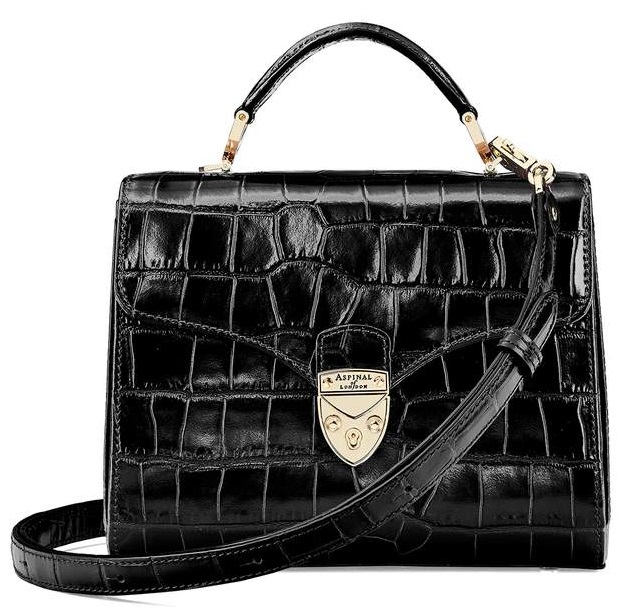 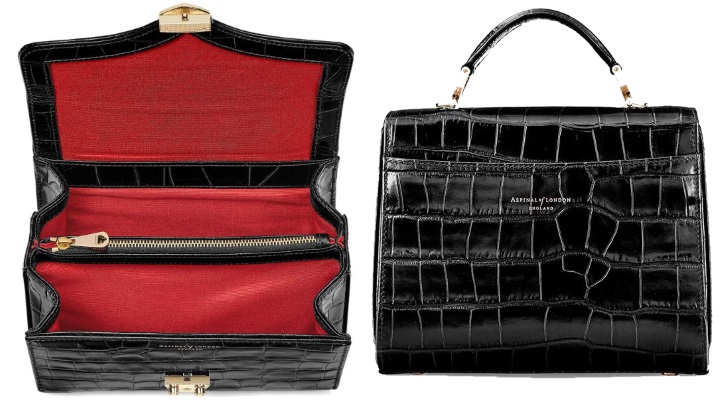 For the beach visit, the Duchess sported the Troy London Pop Wax Parka in navy. It's described as: "This lightweight coat is made from 100% cotton milled in England with a dry wax finish. A black sports-luxe lining provides fully waterproof protection and brings an urban appeal to this casual but elegant coat with a cinched waist and drawstring hood. Featuring vibrant orange detailing, gold cord ends and gold engraved bar." It appears Kate wore her navy Barbour jacket underneath. 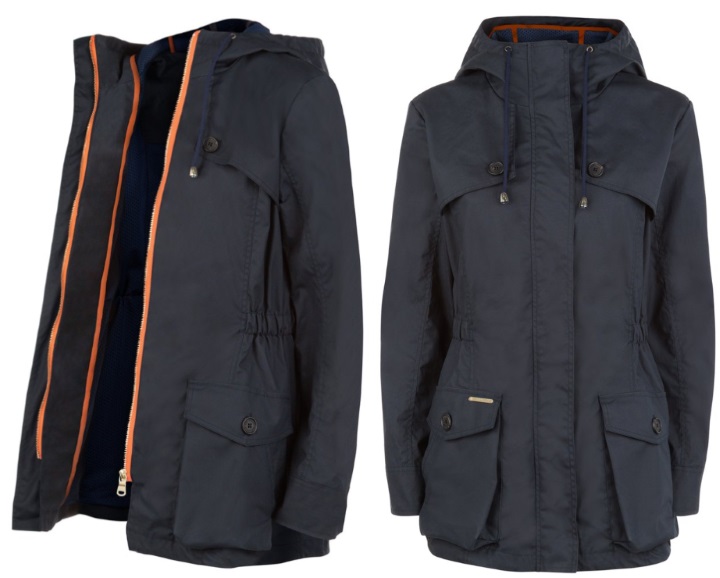 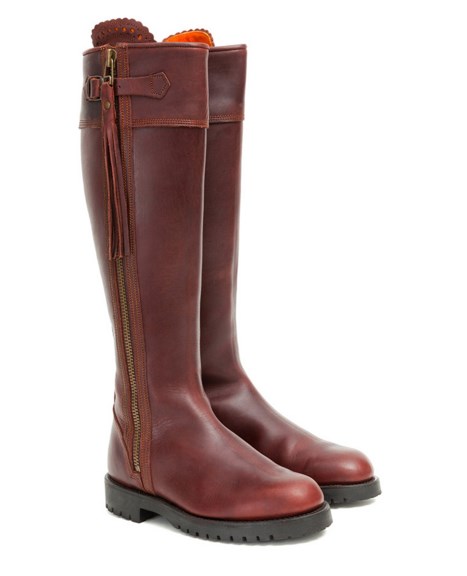 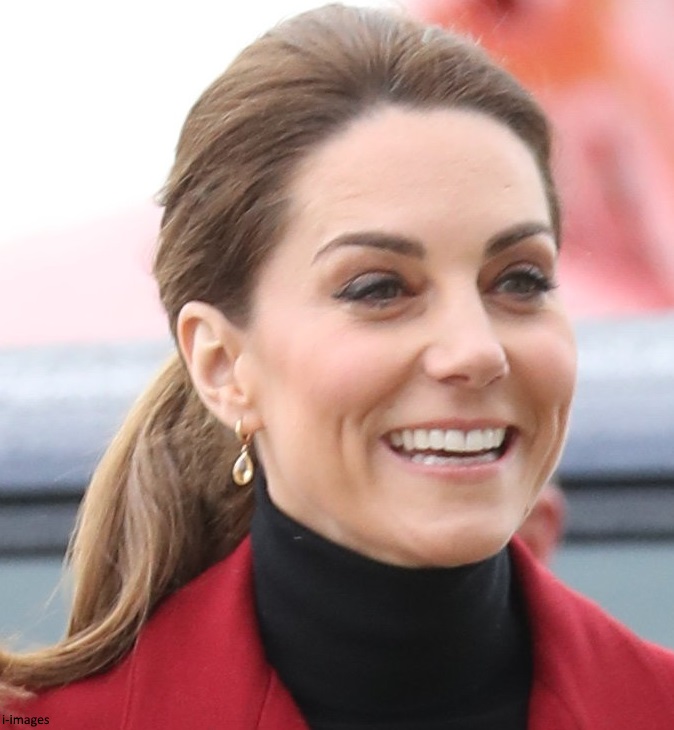 We'll see the Duchess on Tuesday when she returns to Bletchley Park, to view a special D-Day exhibition in the newly restored Teleprinter Building, marking the 75th anniversary of the D-Day landings.
Posted by Admin at 12:32:00