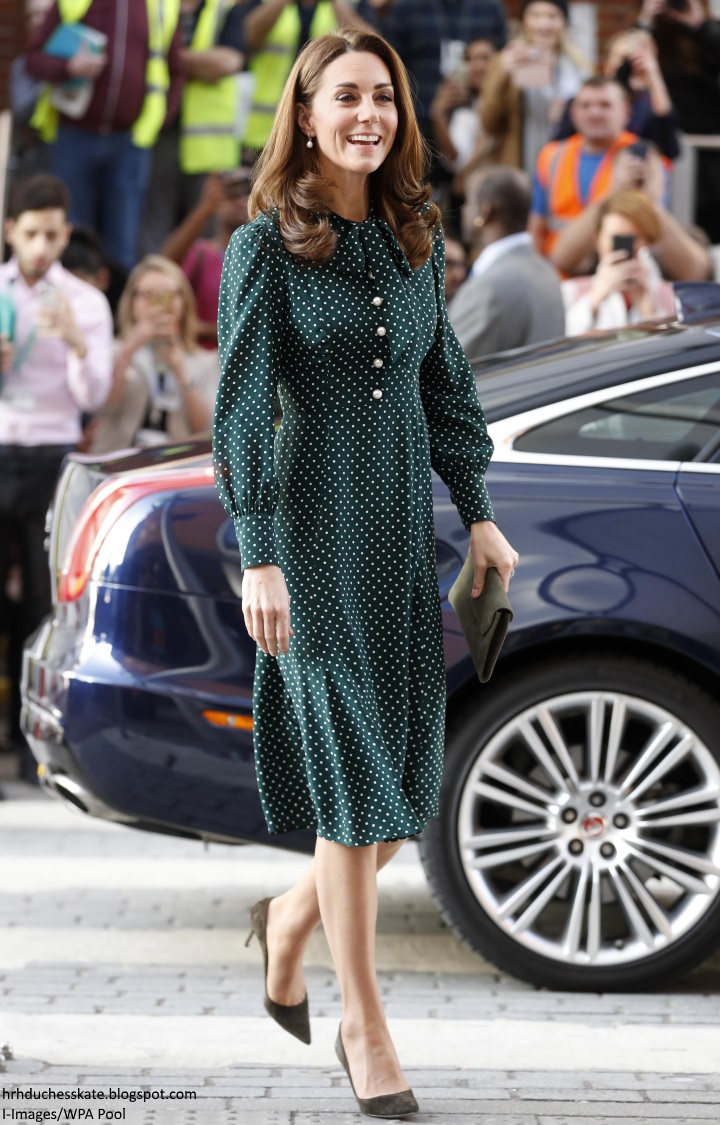 Shortly before the couple arrived, Kensington Palace announced the Duchess has become Patron of Evelina London Children's Hospital. "The new patronage has been announced ahead of Her Royal Highness' visit to Evelina London later this morning with The Duke of Cambridge. The visit will see Their Royal Highnesses learn more about how the hospital supports children and their families, and the specialist services provided to children with rare and complex conditions." 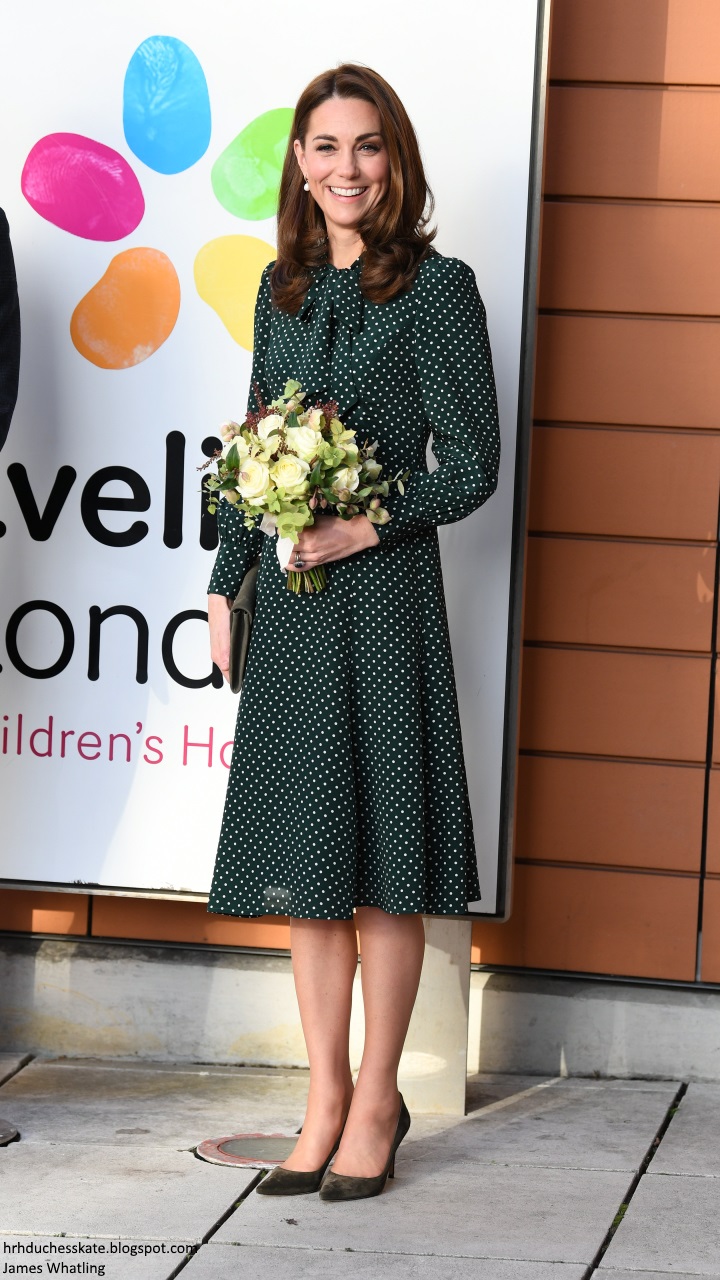 The Palace added: "Through visits to hospitals and hospices The Duchess has seen first-hand the impact that comprehensive care and support can have upon young children. Her Royal Highness’s new patronage of Evelina London provides an opportunity to champion the medical professionals working on the front-line in children’s healthcare, and shine a light on their work supporting children in their early years." The choice is very much in keeping with Kate's other patronages and interest in working with children. 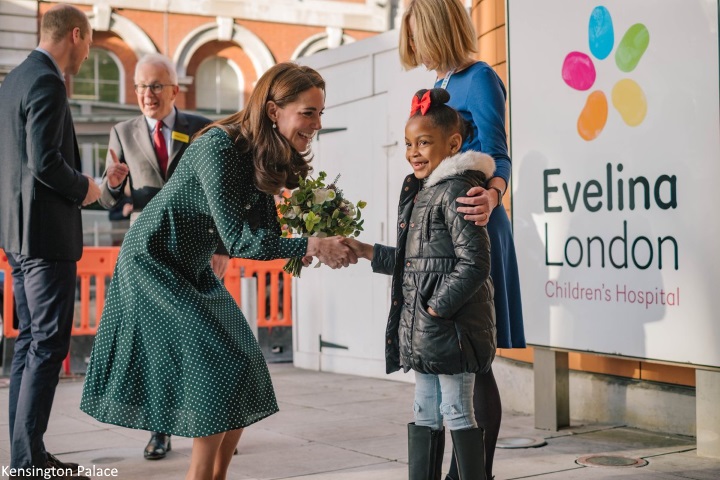 The hospital, which is next year marking its 150th anniversary, is part of Guy's and St Thomas' NHS Foundation Trust, of which The Queen is Patron. 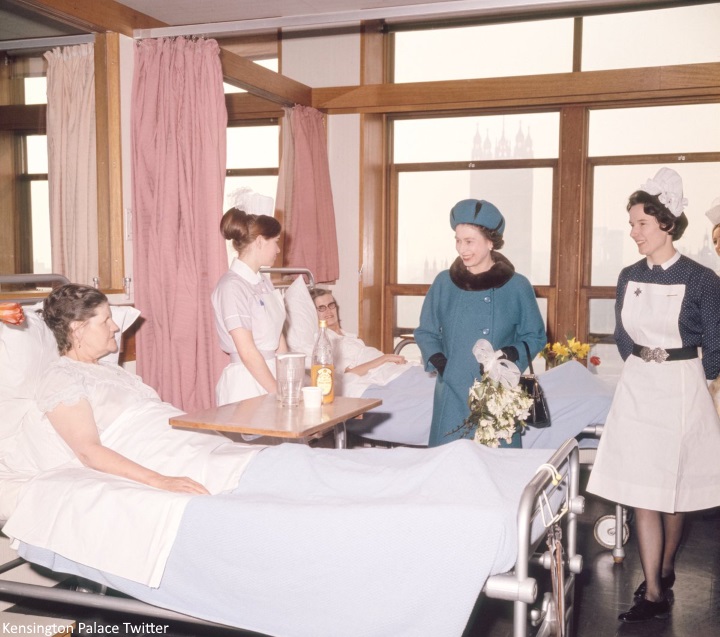 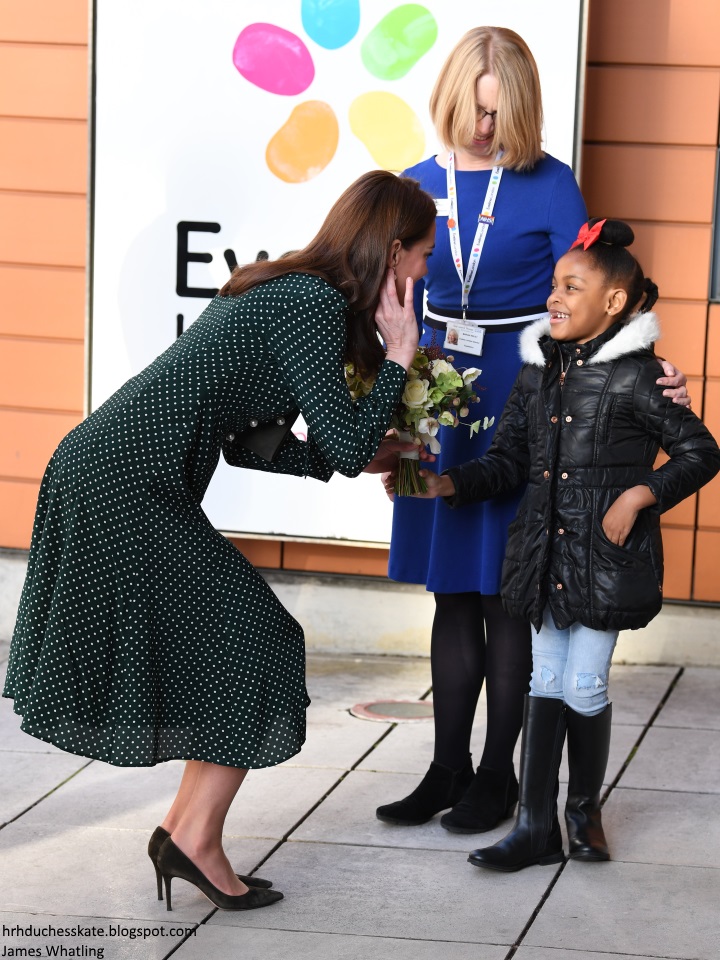 Marian Ridley, Director of Evelina London, said: "We are absolutely delighted and deeply honoured The Duchess of Cambridge has chosen to become our Patron. The Duchess shares our passion for giving children and young people the very best start in life and Her Royal Highness’ support will help champion the life-saving care our staff are providing to our patients." 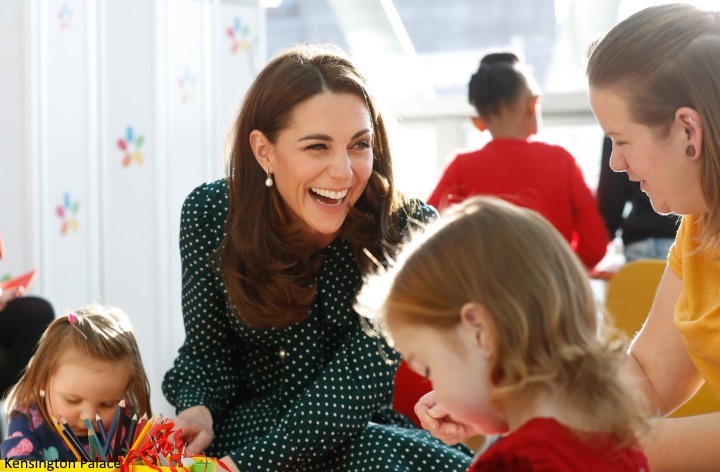 The Duke and Duchess met a number of children receiving care at the hospital, and heard more from staff and parents about Evelina London’s life changing care and support for families. 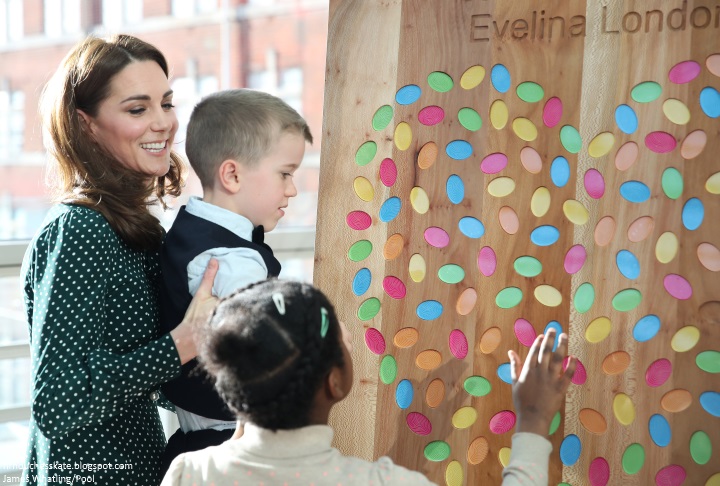 William and Kate joined some of the children as they participated in a number of Christmas-themed activities, before joining celebrations to mark the 150th anniversary of the founding of the hospital. 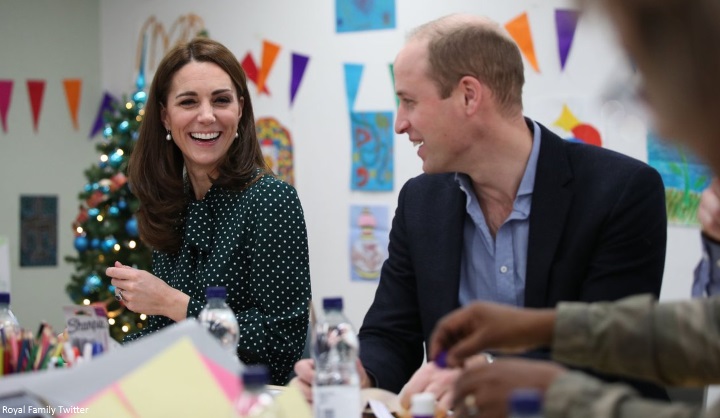 Kate was in her element with the children and appeared particularly taken with this little girl. 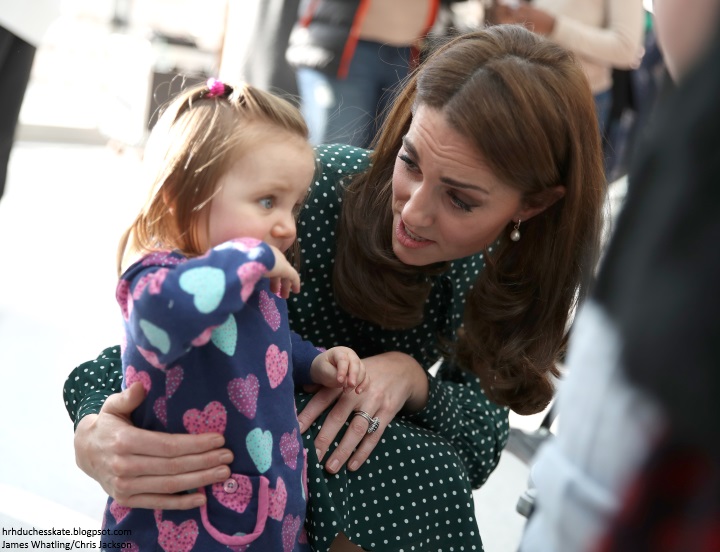 The Duke and Duchess meeting staff. 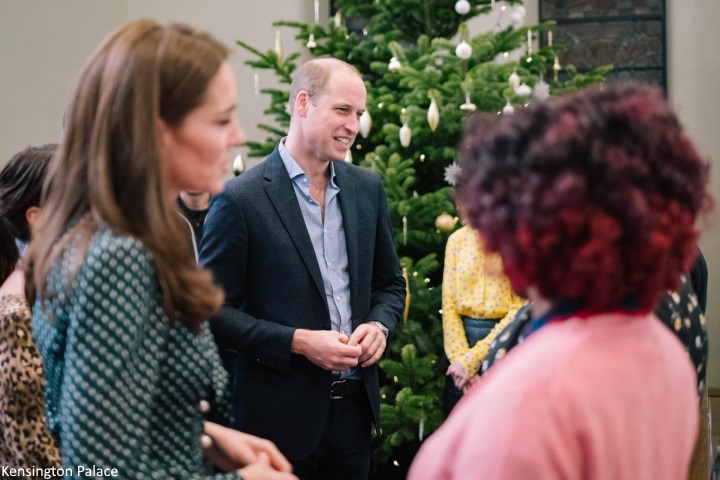 Evelina London revealed: "Debbie Thompson spoke to The Duchess about the care her four-year-old son, Cruz, has received at the hospital. Cruz has a rare kidney condition and has been an Evelina London patient since he was born. He visits the hospital three times a week for dialysis. Cruz is featured on a special Evelina London 150th anniversary banner and helped The Duchess to unveil it. Debbie, a mother-of-three, said: “The Duke and Duchess were very down to earth and personable. They were interested in the care that Cruz has been receiving at Evelina London. They also said that they very impressed by the slide in the outpatients department and said that it looks like a lot of fun for the children. It feels like a real honour that Cruz has been chosen to represent Evelina London on its special 150th banner." 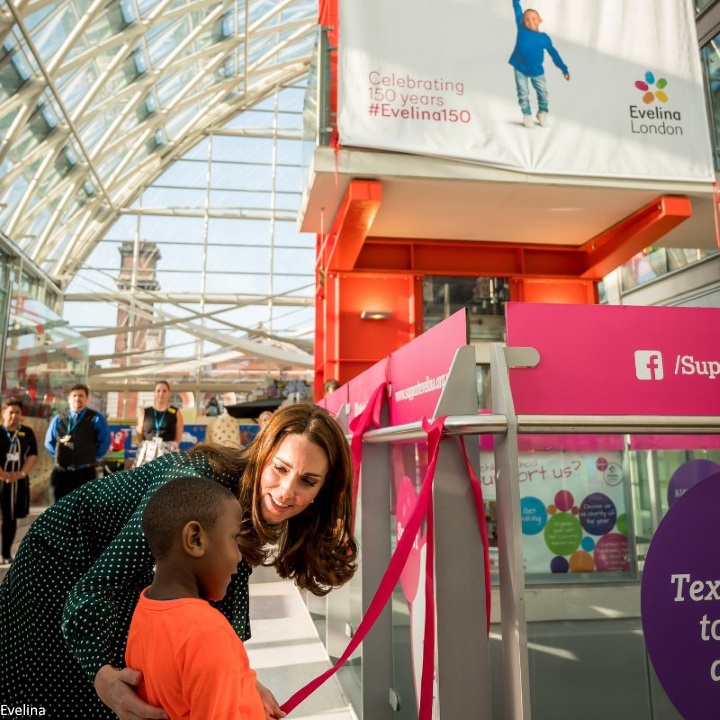 Kate delivered remarks at Evelina. "It’s always such a pleasure to come and meet patients and families who are here. A huge thank you to everyone here at Evelina for doing such an amazing job on a daily basis in supporting children and their extended families both here and also out in the community." Kate added: "Early years is such a big part of that work I am really interested in and that's really the main focus that you have here, supporting children at the earliest stages of their lives but also seeing them through to adulthood and supporting them in every way you can so it's a real privilege to be part of this organisation and I look forward to many happy years, hopefully ahead and congratulations to everyone here." 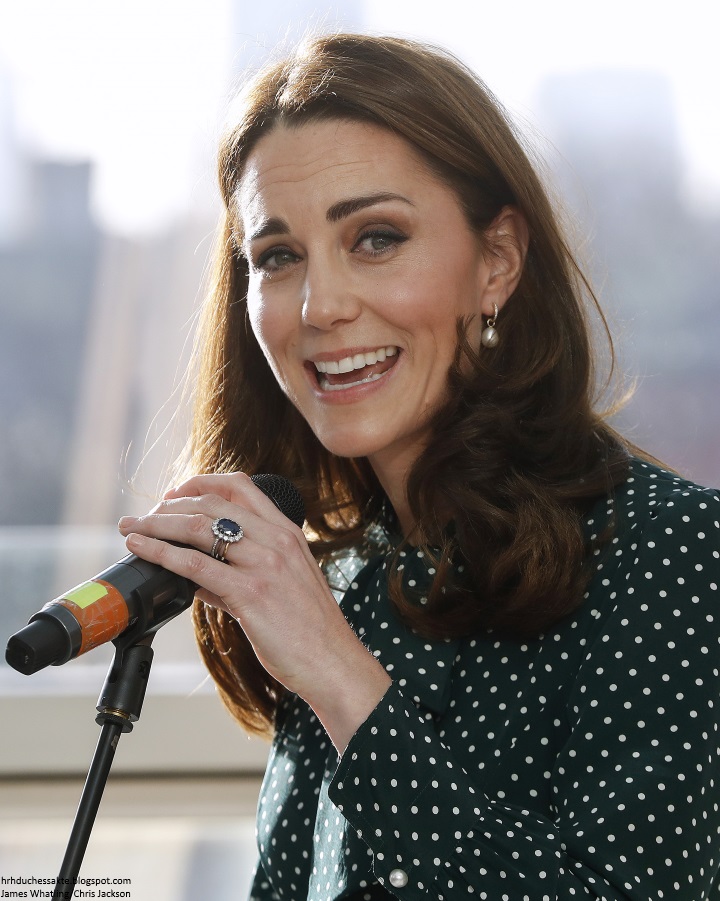 The video below features footage of Kate's speech.

The Duke and Duchess then travelled to The Passage, where they heard from frontline workers about some of the challenges relating to street homelessness, including drug addiction and mental health issues. 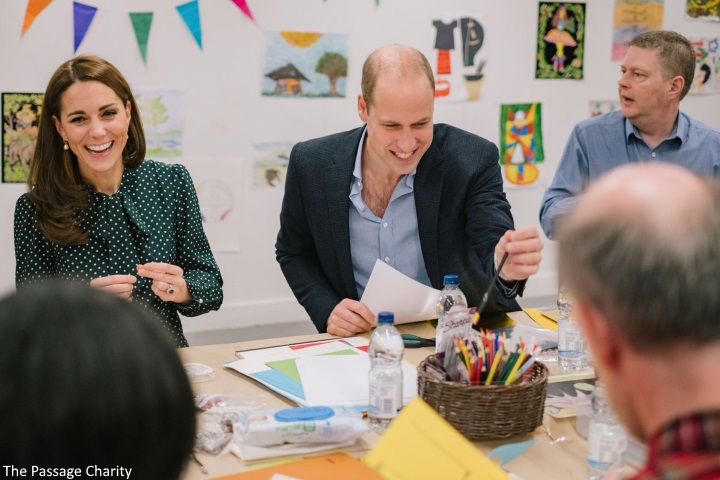 Established in 1980, The Passage provides resources which encourage, inspire and challenge homeless people to make lasting and long-term changes to their lives. The organisation runs the UK’s largest resource centre for homeless and insecurely housed people, a number of homelessness prevention projects and two innovative accommodation services. Since its inception, The Passage has helped over 130,000 people in crisis. 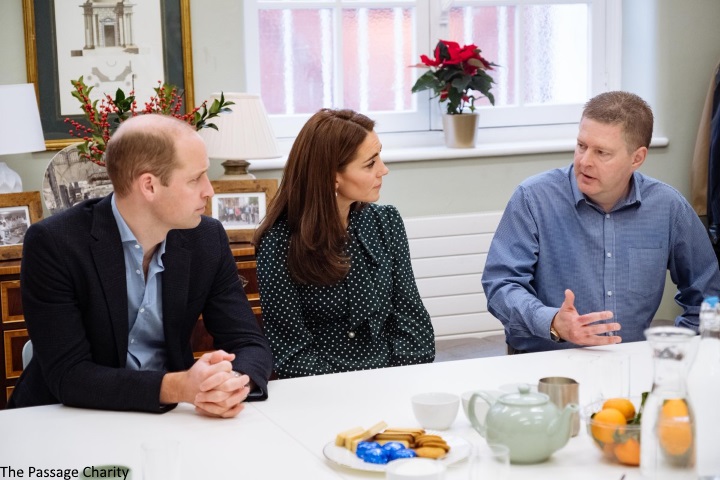 They were joined by Chief Executive Mick Clarke. 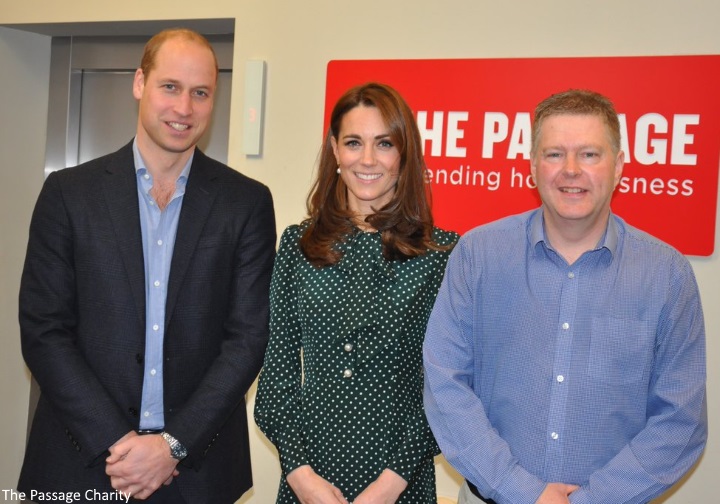 William and Harry first visited The Passage with Diana in 1994. William spoke about the "deep and lasting impression" it left upon him. 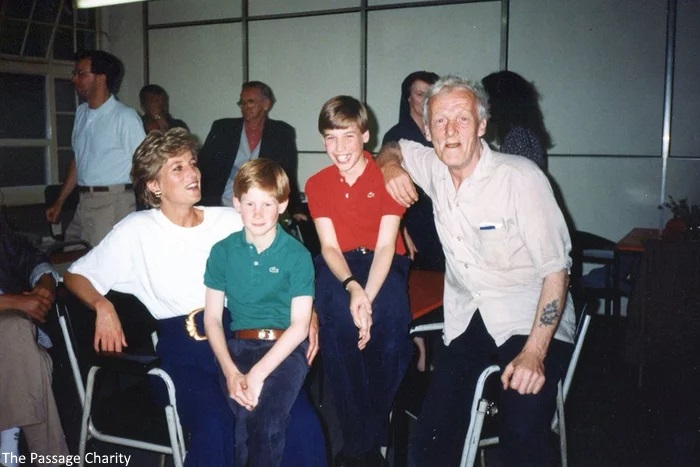 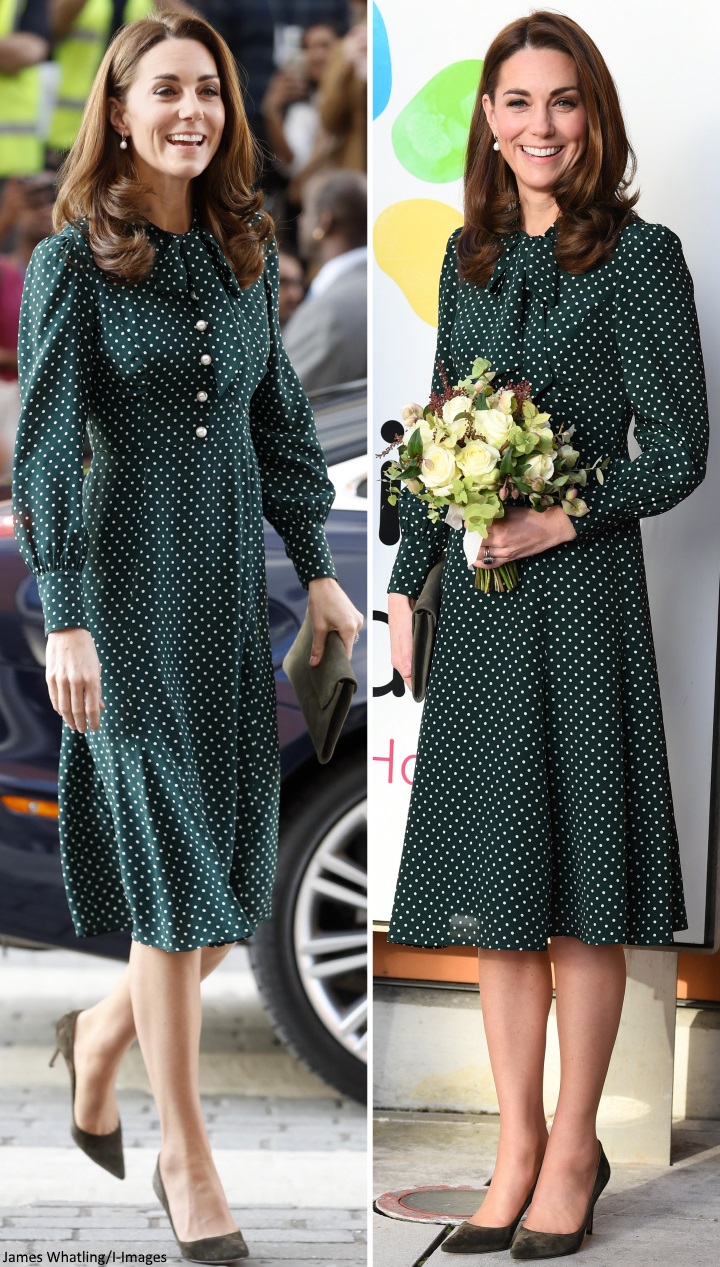 The £325 dress is described as: "Designed in understated green and cream patterned silk, the Mortimer dress is a key style to wear through the season. The fitted waist helps shape an hourglass silhouette, while the pussy-bow detail adds a feminine touch to this button-down design." It's available in limited sizing at LK Bennett and John Lewis (where it's called the Montana). 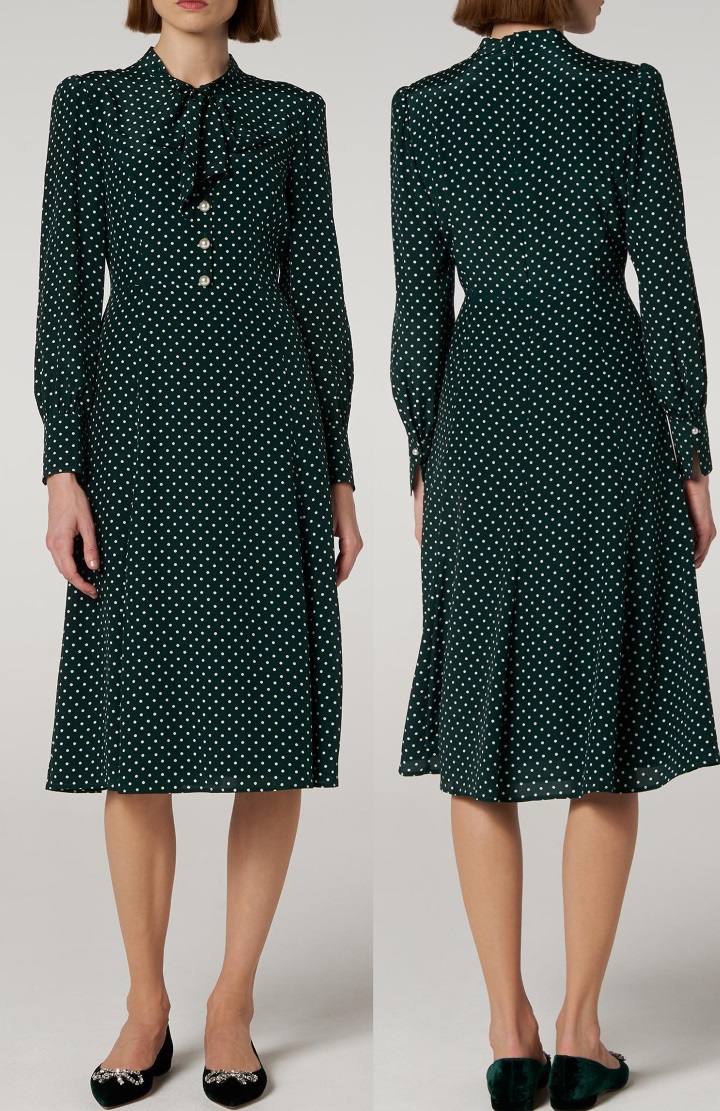 Kate teamed the dress with her LK Bennett Dora clutch. 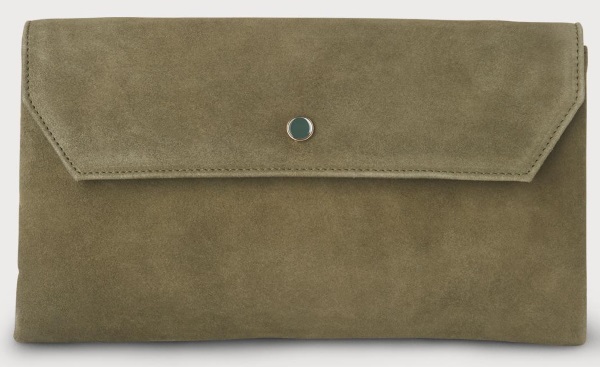 And dark olive Gianvito Rossi pumps (with thanks to Heaven). 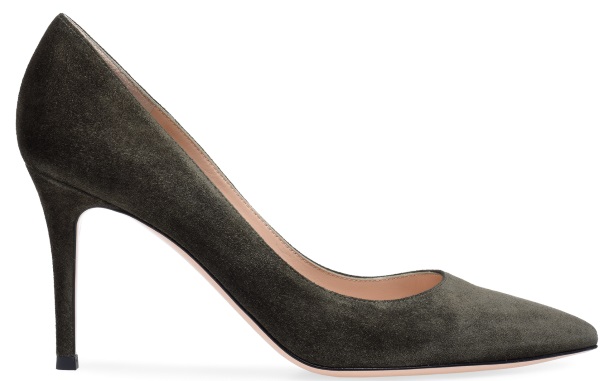 Kate accessorised with her Annoushka pearls and Kiki McDonough hoops.

With apologies for the delay in publishing the full post. I was very poorly yesterday, thankfully it seems to have subsided now. What did you think of the engagement and Kate's new choice of patronage?
Posted by Admin at 11:16:00