The Duchess of Cambridge To Resume Duties Next Week!

The Duchess of Cambridge will make her return to royal duties next week, marking the official end of her maternity leave. On Tuesday, 2 October, Kate will visit Sayers Croft Forest School and Wildlife Garden at Paddington Recreation Ground. 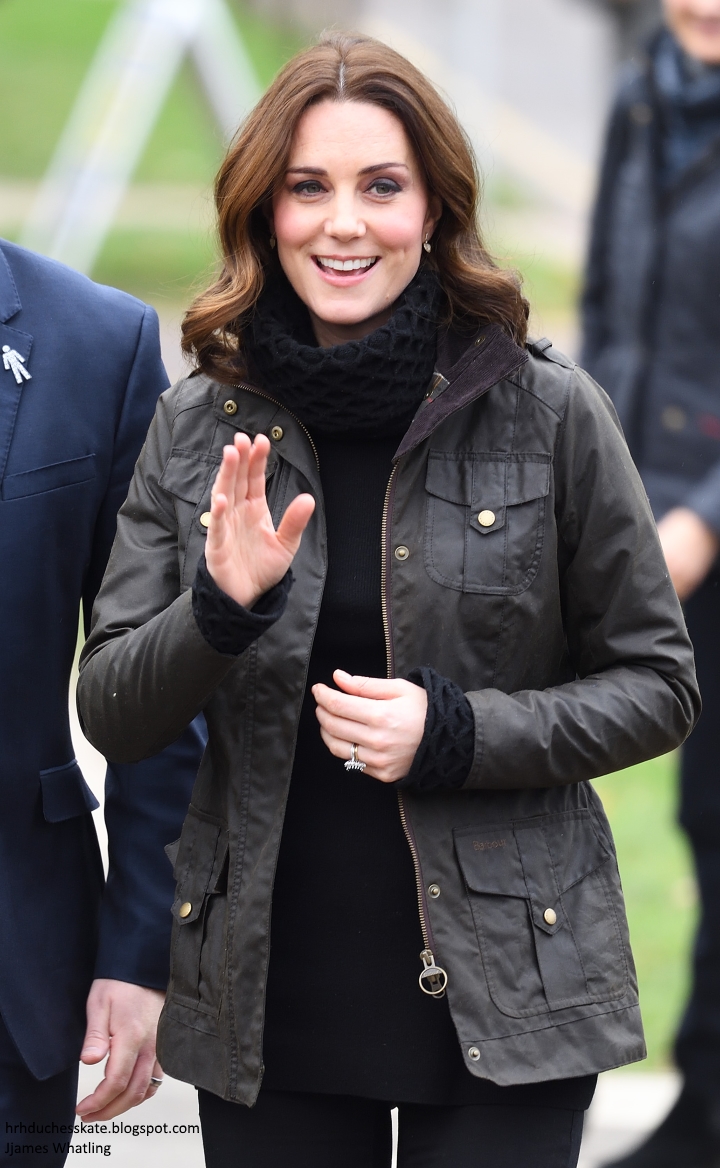 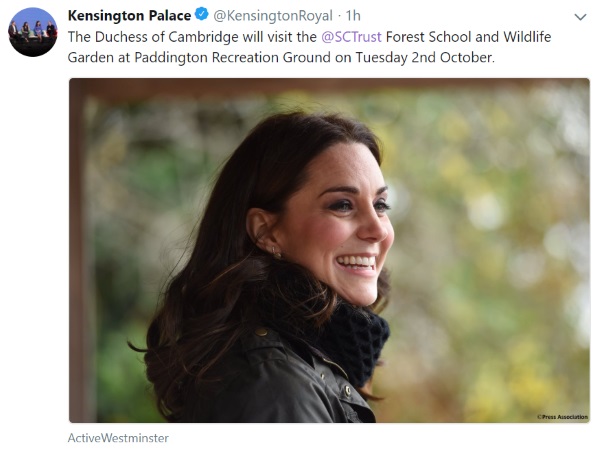 Sayers Croft is a residential activity centre based in Surrey, which is owned by Westminster City Council. It aims to involve children and the local community in the environment, providing outdoor facilities for those who may otherwise be unable to access them. In London they have worked with Westminster City Council and Ruth Willmott Associates to create a Wildlife Garden, with an edible garden area and a Forest Garden. The Duchess will visit both of these areas and join Forest School sessions in each location. 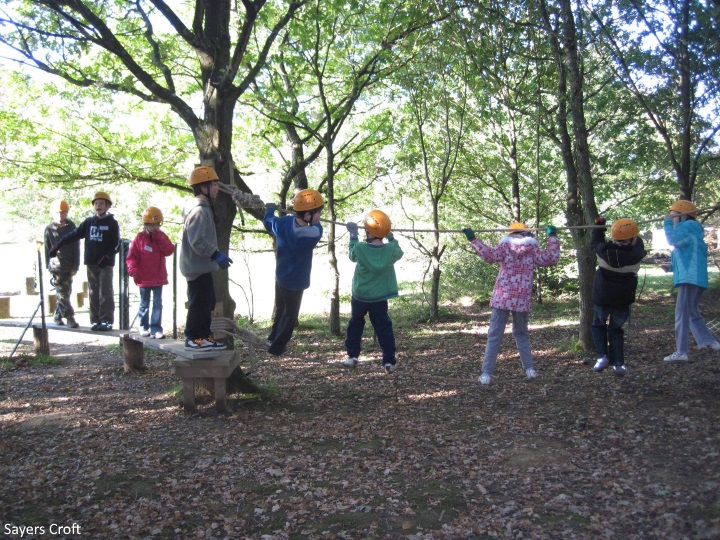 'Her Royal Highness will see first-hand the positive impact that the Forest School has on children's emotional and physical wellbeing as she is shown the wildlife garden and meets children involved in exploratory and investigative outdoor activities.'


When Kate officially went on maternity leave in March, the Palace said she would return to duties in the "Autumn". We chatted earlier this month about potential October appearances: World Mental Health Day coincides with the Mental Health Summit (10-13), Princess Eugenie's wedding is on the 12th, the Dutch State Visit (23-24) and a celebratory event for Charles' 70th birthday on the 25th all seem very likely. 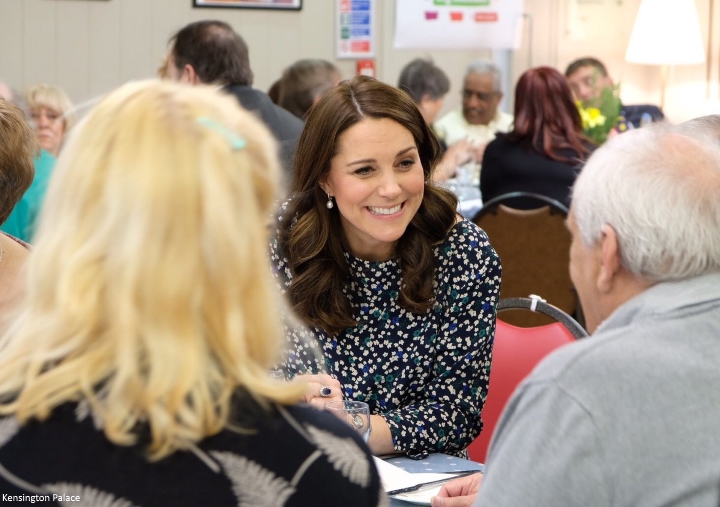 'Despite the busy weeks coming up, it is expected the Duchess of Cambridge's schedule will ultimately be quieter than it was before Prince Louis' birth. Announcing the maternity leave earlier this year Kensington Palace did not say when exactly Kate would return to her duties, only that her children would remain her 'primary focus' when she did.'


We saw Kate at a handful of official events since Prince Louis was born - beginning with Harry and Meghan's Windsor wedding in May. 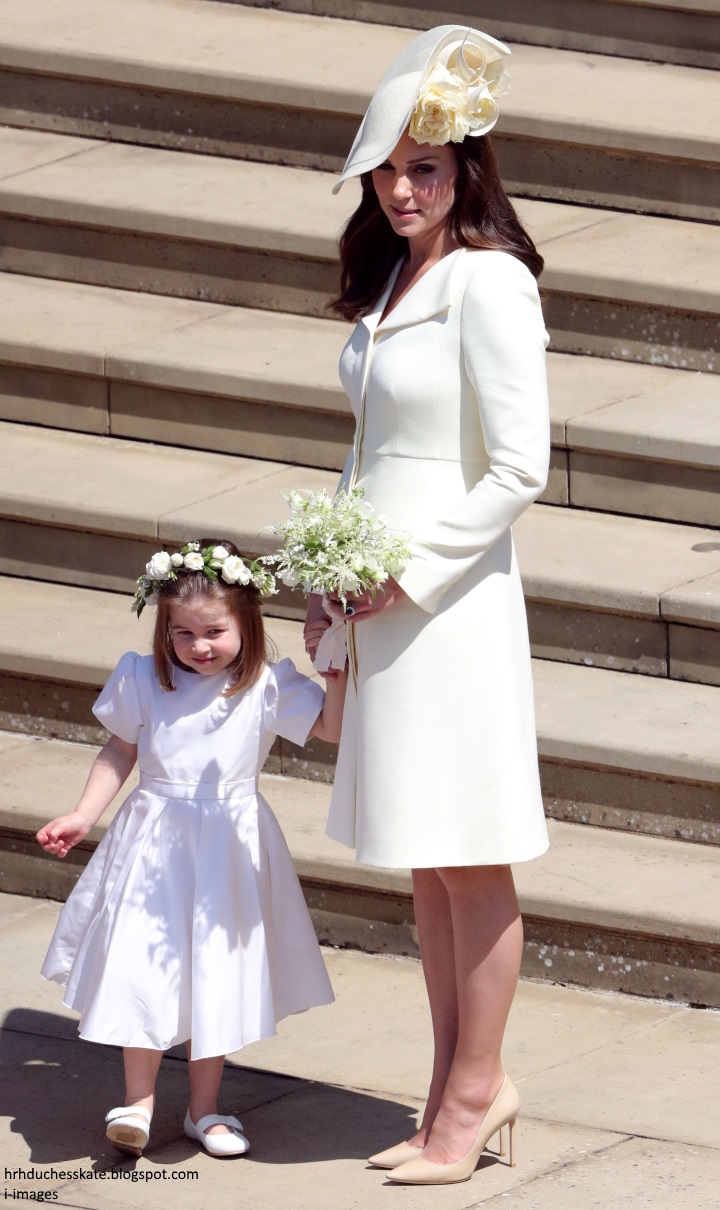 Kate was in blue for Trooping The Colour in June. 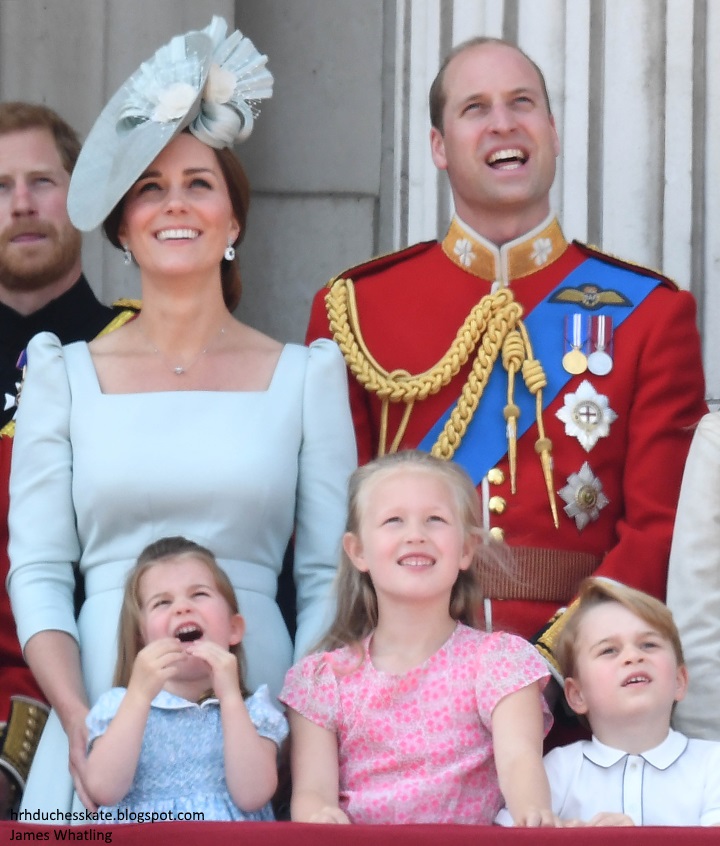 We saw the Cambridges as a family of five for the first time at Prince Louis' christening. 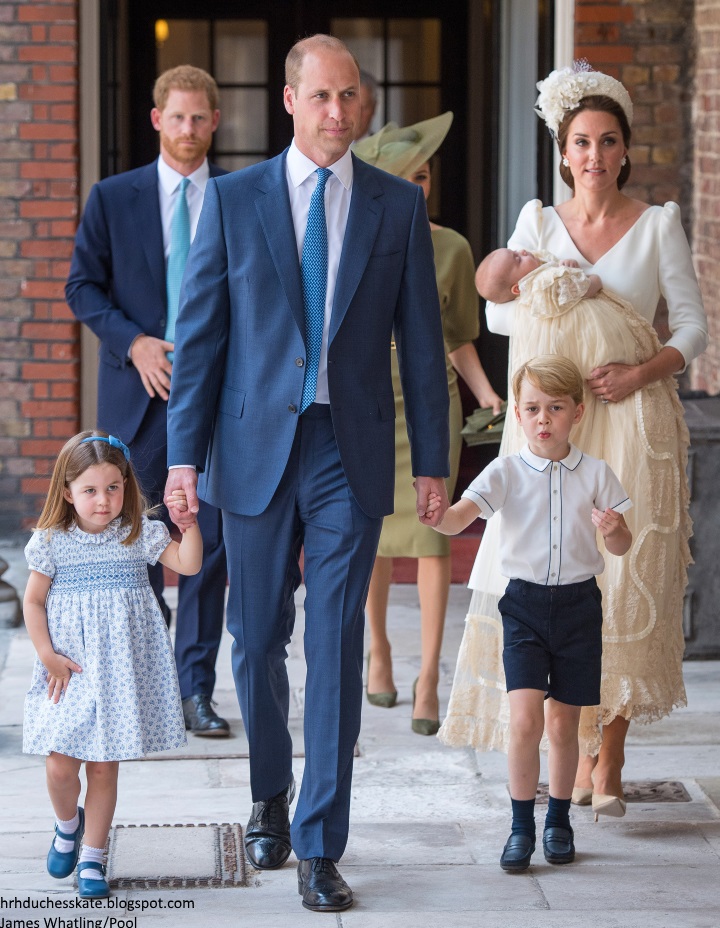 The Duke and Duchess joined members of the Royal family for a service at Westminster Abbey to mark the centenary of the Royal Air Force on 10 July. 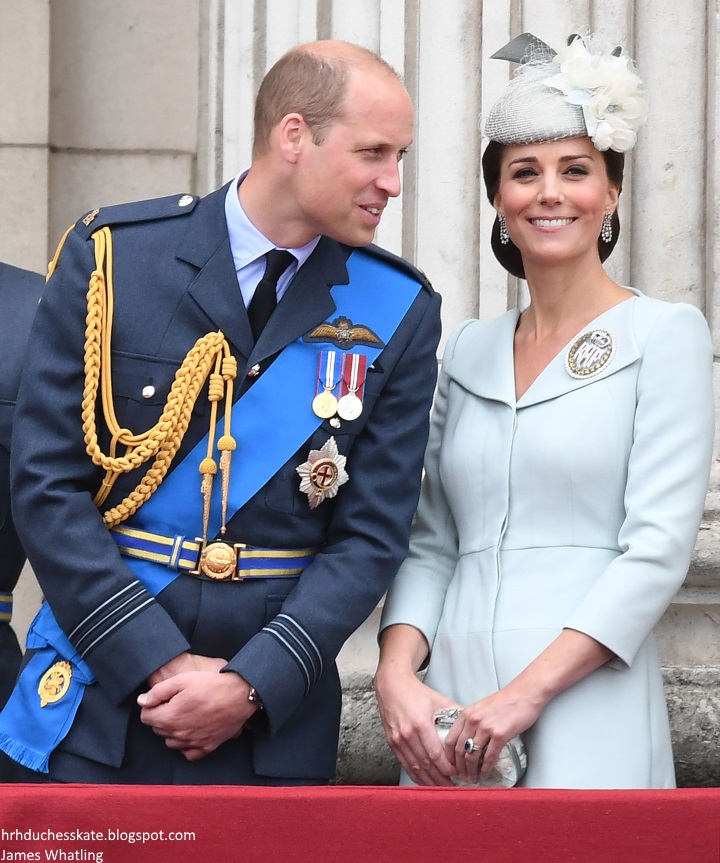 It was a Duchess Duo for the Wimbledon Women's Final. 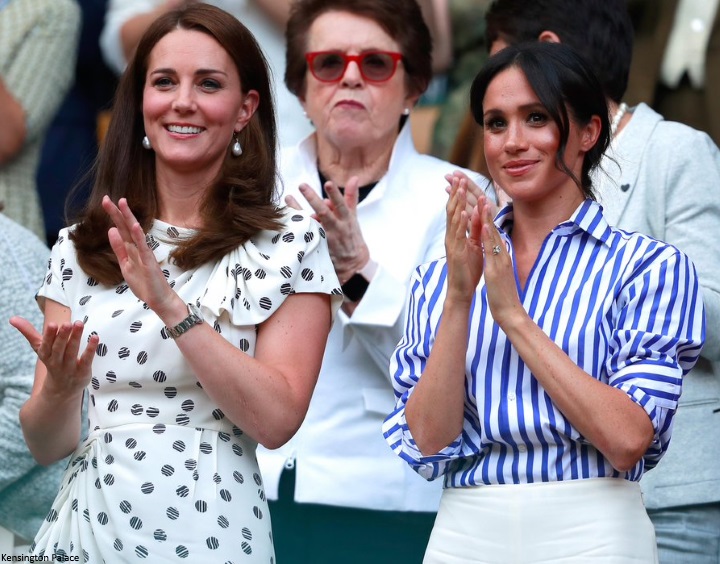 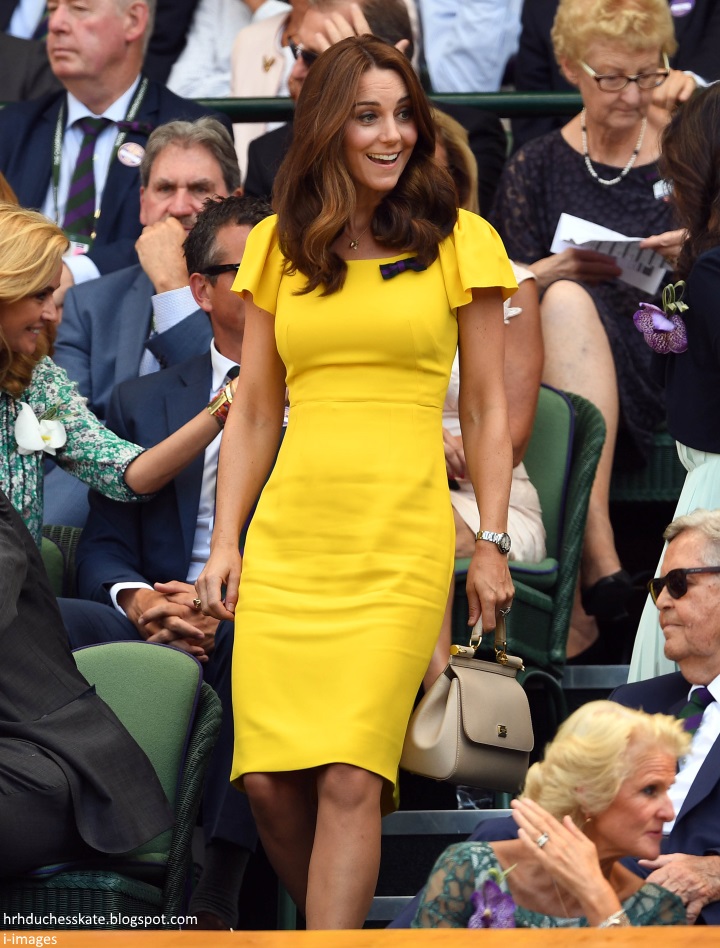 It's also possible we'll see new photos of Louis over the next few weeks. The Palace released portraits of Charlotte, taken at Anmer by Kate, when she about six months old.
Posted by Admin at 16:59:00