George & Charlotte Join Bridal Party, What Kate Might Wear & The Duchess Spotted with Louis and Charlotte!

With three days to go until the Royal Wedding, Kensington Palace confirmed Prince George will be a page boy and Princess Charlotte a bridesmaid at Prince Harry and Meghan Markle's wedding on Saturday. The adorable pair will reprise their roles from Pippa Middleton's wedding last May. It's going to be a treat to see them! 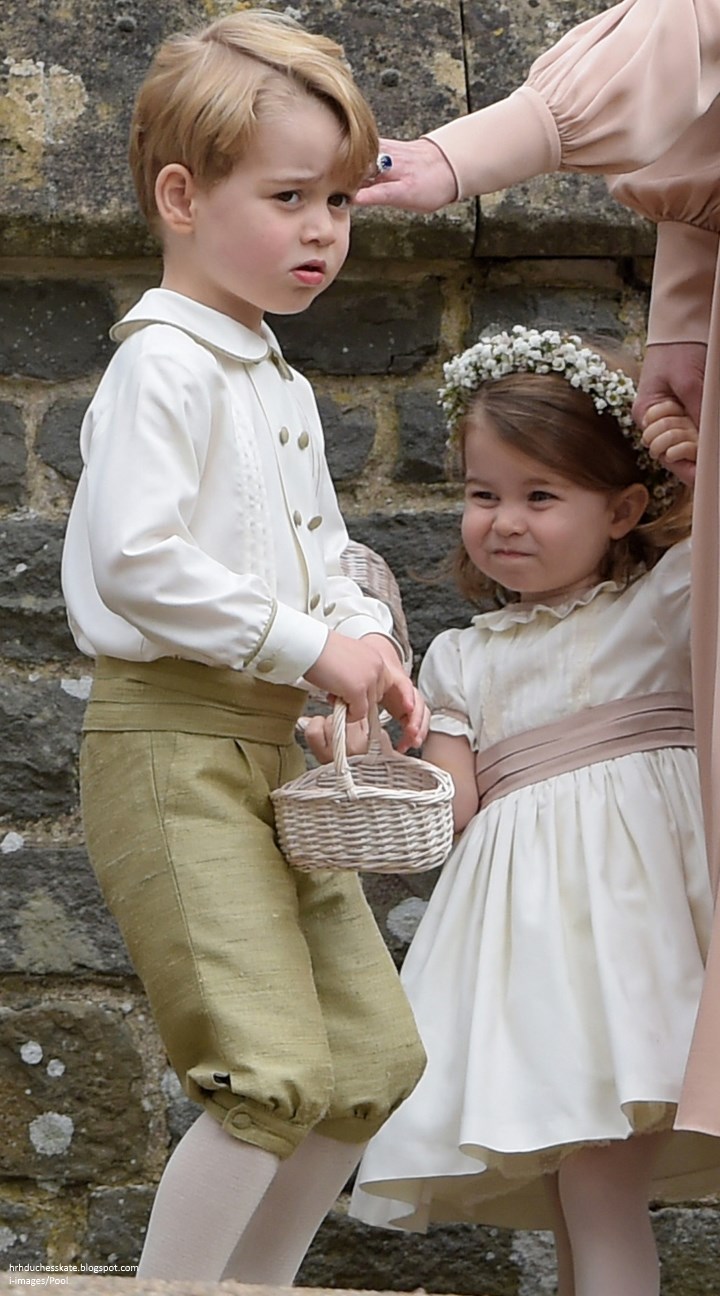 There will be six bridesmaids and four page boys in total. More from People:

Here’s who will be joining George and Charlotte in their bridal party duties: Miss Florence van Cutsem, 3, daughter of Mrs. Alice van Cutsem and Major Nicholas van Cutsem, and a goddaughter of Harry. Florence is also the cousin of one of Prince William and Kate’s most memorable bridesmaids, Grace.

Miss Ivy Mulroney, 4, the daughter of Mrs. Jessica Mulroney, a stylist and friend who has been helping Meghan, and Benedict Mulroney, who is the son of former Canadian Prime Minister Brian Mulroney.

Miss Zalie Warren, 2, daughter of Mrs. Zoe Warren and Mr. Jake Warren, and a goddaughter of Harry.  Jasper Dyer, 6, son of Harry’s old friend and mentor Mark Dyer and his American wife Amanda. Twin Brian and John Mulroney, 7, the brothers of Ivy and son of Mr. and Mrs. Mulroney.'

We can expect plenty of scene-stealing moments from the group. Do you remember Grace van Cutsem? :) 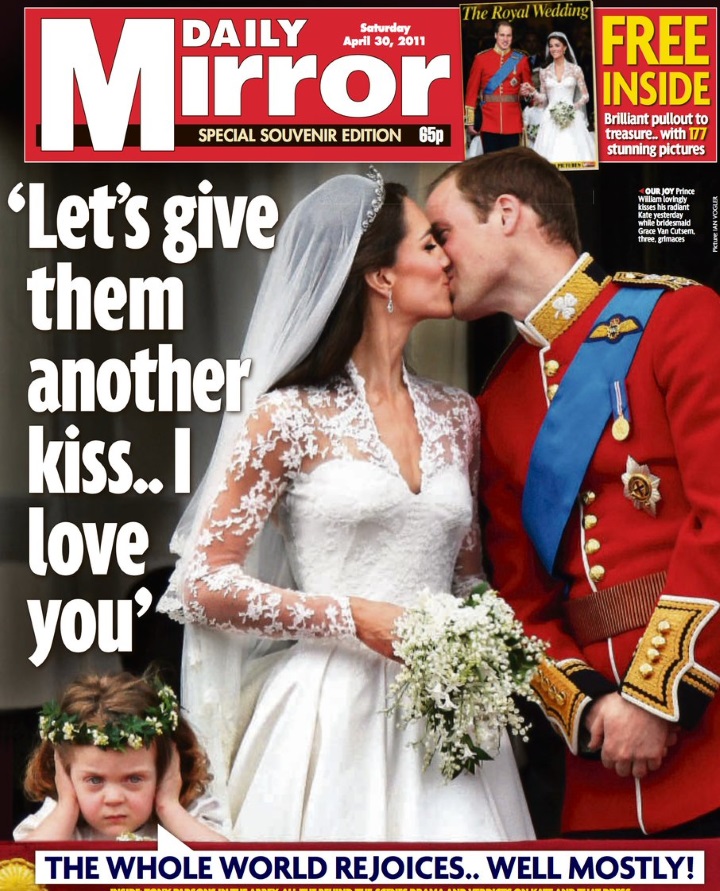 We will see the Duchess of Cambridge for the first time since Prince Louis was born. 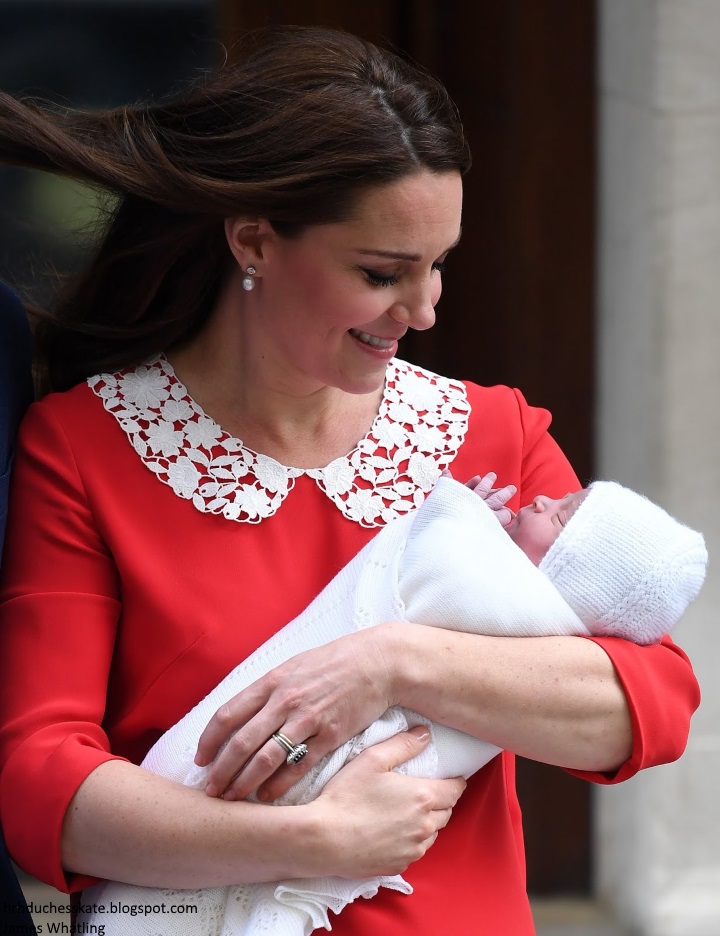 When considering Kate's sartorial choices for Saturday, we can expect to see the Duchess in an elegant dress or coatdress and matching hat for the day. 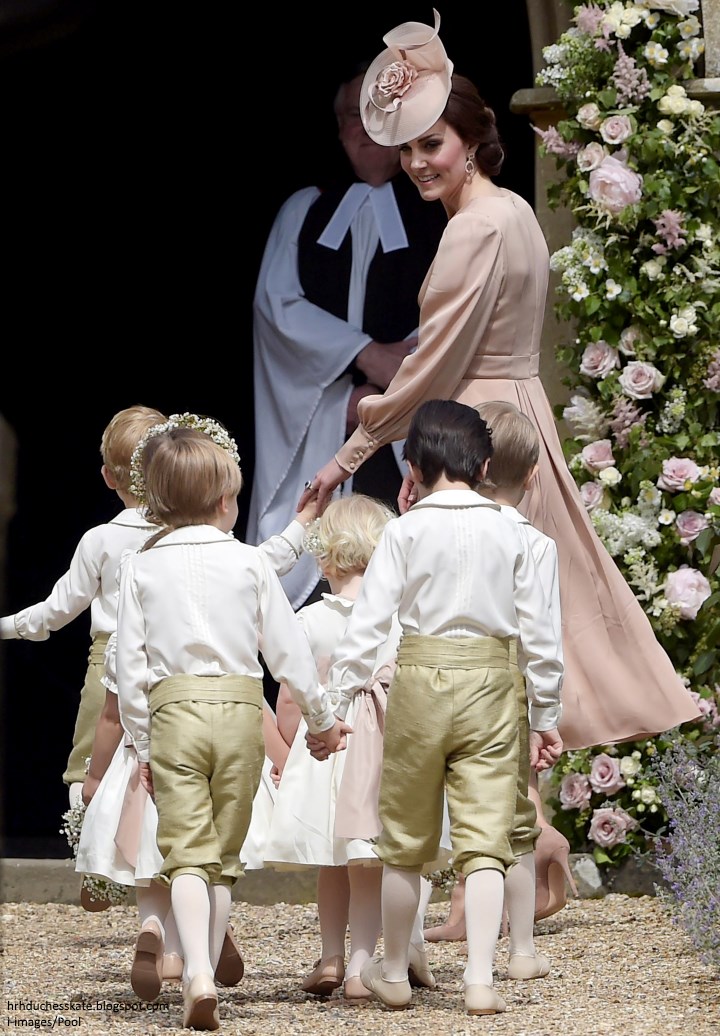 'No doubt Kate's outfit will have been sorted long before she began her maternity leave. Will the Duchess repeat wear an outfit? It's unlikely, but not out of the question, and could be a logical solution after a busy few months. Maybe she'll take a note from her new sister-in-law's book and use this occasion to step out in a trouser suit or jumpsuit for the first time ever? Probably not, though.

A few things seem certain; her choice of hairstyle will surely be a signature bouncy blow dry or hat-holding up-do, she's bound to opt for her trusty Jimmy Choo or Gianvito Rossi pumps and jewellery-wise, it's a toss up between her favourite jeweller Kiki McDonough and a family heirloom. Hats have been stipulated by Harry and Meghan in the dress code so if it's not either the Duchess's favourite milliner Jane Taylor, Lock & Co or hat-maker-to-the-stars Phillip Treacy, we'll eat ours.'


We tend to see Kate opting for understated looks when attending weddings. For Pippa's wedding last year, she chose a bespoke Alexander McQueen pale pink dress with a matching Jane Taylor hat. I wouldn't be all surprised to see a similar bespoke look on Saturday. 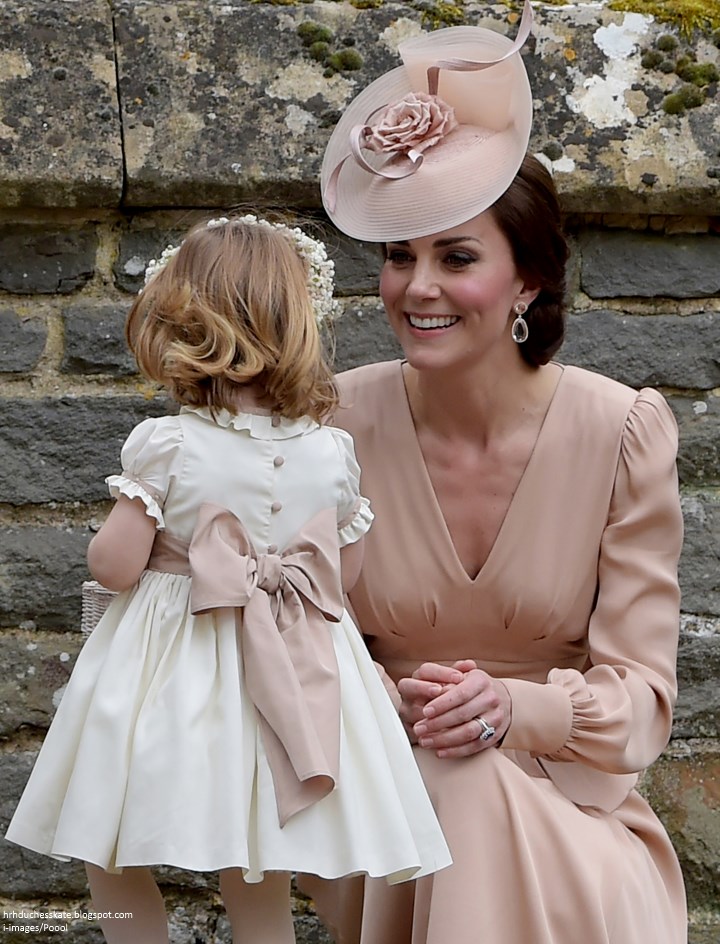 Soft pink hues feature heavily in the current collection. A subtle pastel shade would be a lovely choice. 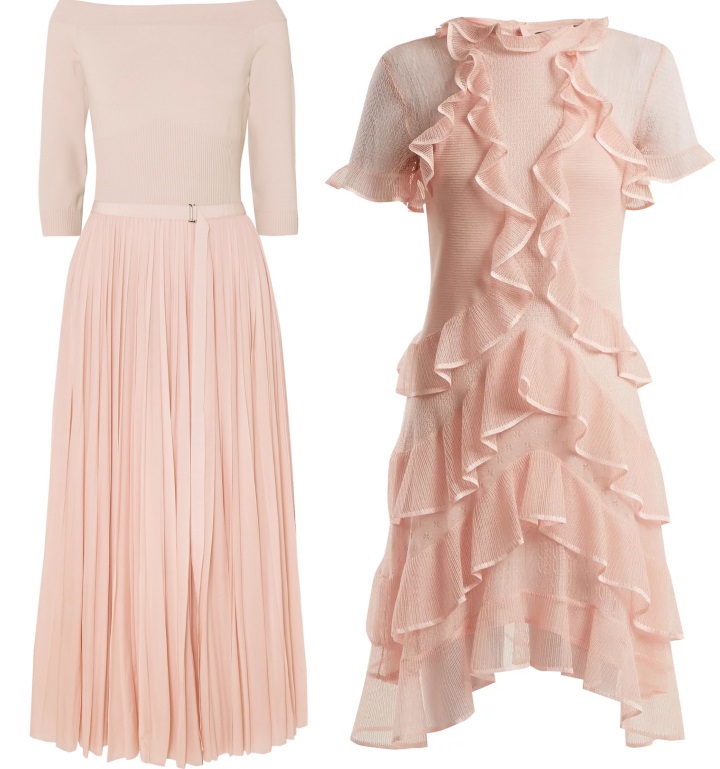 A refresher of Kate's wedding guest style over the years. 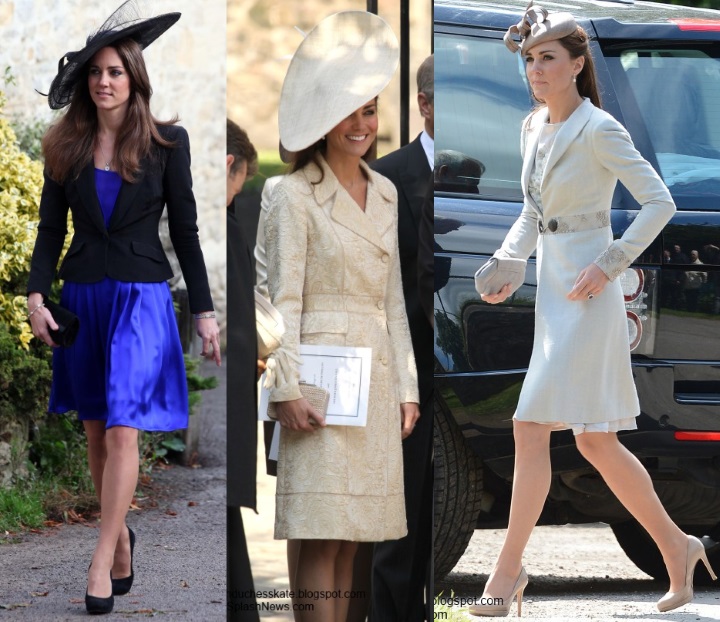 Kate has become increasingly fond of Catherine Walker designs over the past couple of years. When it comes to wedding guest attire, she simply couldn't be in better hands. The Rosa and Cloud styles would make ideal choices. 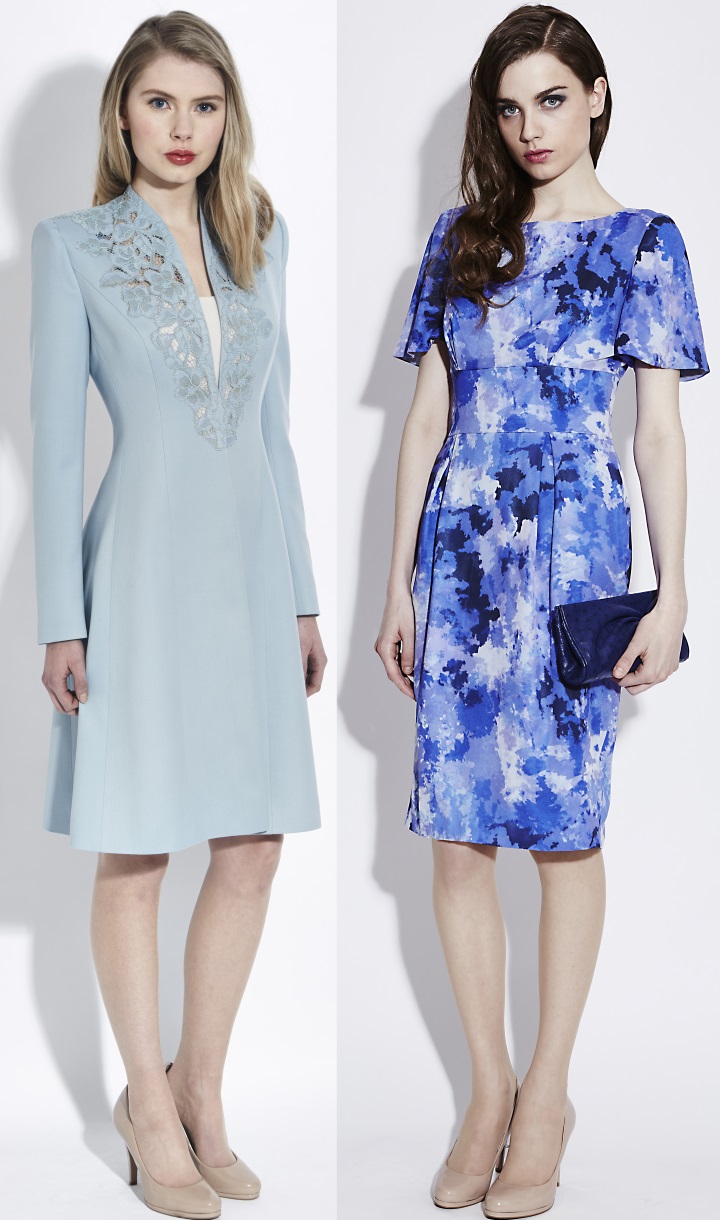 I very much enjoyed this video from the Telegraph featuring milliner Jane Taylor. Jane believes royal fashion is making hats popular again. Speaking about Kate she said "I really love working with her". We could very well see Kate in one of Jane's creations for the wedding.

It's a British tradition for all female guests to wear hats to Royal weddings, so expect a flurry of big brims and pillboxes at Prince Harry and Meghan Markle's ceremony.

Of course, the Duchess will also have a gown chosen for the evening reception where 250 guests will enjoy a night of dining, dancing and entertainment at Frogmore House.

Once again, McQueen has a terrific selection very much in keeping with Kate's signature style. One could very easily envisage the Duchess with her hair down for the evening reception wearing the Crystal-Embellished Crepe Gown, the Draped Satin-Timmed Crepe Gown and the Cotton-Blend Lace Gown. 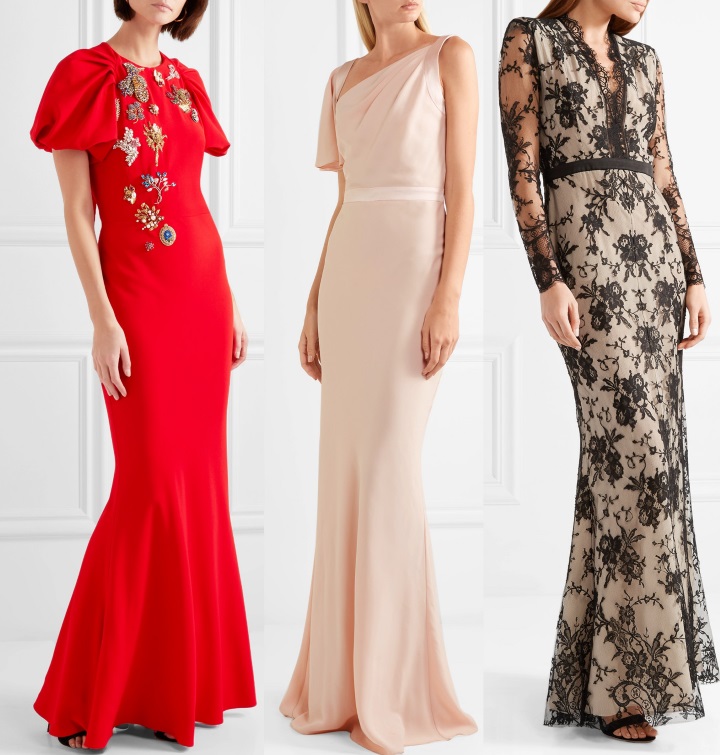 For those interested in following the wedding live as it happens, I will be running a Live Blog over at Mad About Meghan from 8 am. I will also have an early post here, on Duchess Kate, as soon as Kate arrives and a full post once the service and procession ends. It promises to be a very memorable day! 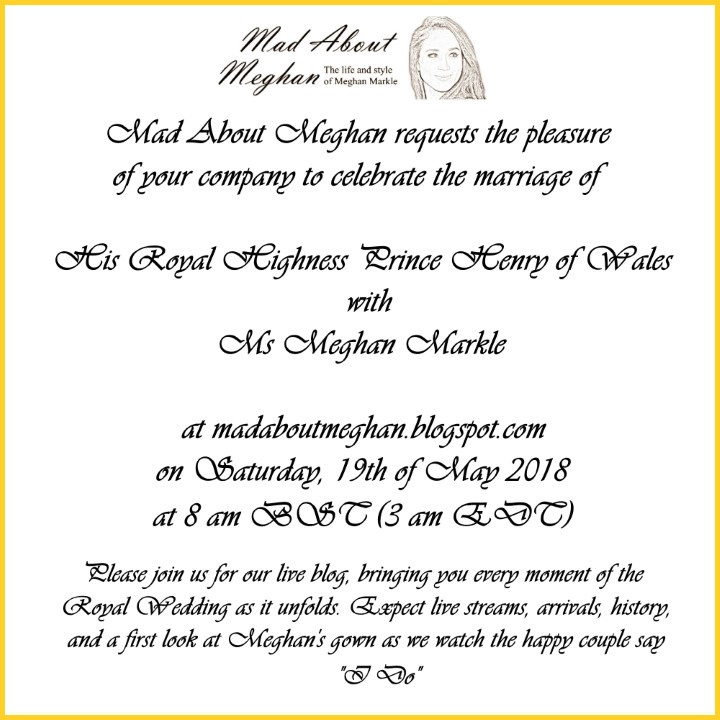 Yesterday, reporter Katie Nicholl was enjoying a stroll in Kensington Palace gardens when she spotted Kate out for a walk with Louis and Charlotte. They were accompanied by Nanny Maria and three protection officers. Kate wore a summery brown gingham dress.

'Anyone wondering how Kate Middleton is doing in the run-up to the royal wedding should have found themselves taking a walk in Kensington Park Gardens on Tuesday afternoon, where the new mother was walking baby Prince Louis in an old-fashioned pram, Princess Charlotte alongside her, and wearing what appeared to be a dress she’s worn before.

Wearing a pretty gingham brown sundress and sensible pumps, Kate was hiding behind a pair of large black designer shades and hadn’t had her signature blow-dry, which might have kept her from being noticed by either the public or the paparazzi, who were nowhere in sight. Accompanied by the family’s nanny, Maria Borrallo, and three protection officers, the family was enjoying the spring sunshine so much little Charlotte didn’t want to go home. As Kate left the park, Charlotte tried to walk in the other direction. “No come this way Charlotte,” Kate instructed and the little princess did as she was told.'


The Duchess has been spotted numerous times in the gardens with the children over the years. Louis is almost a month old already! 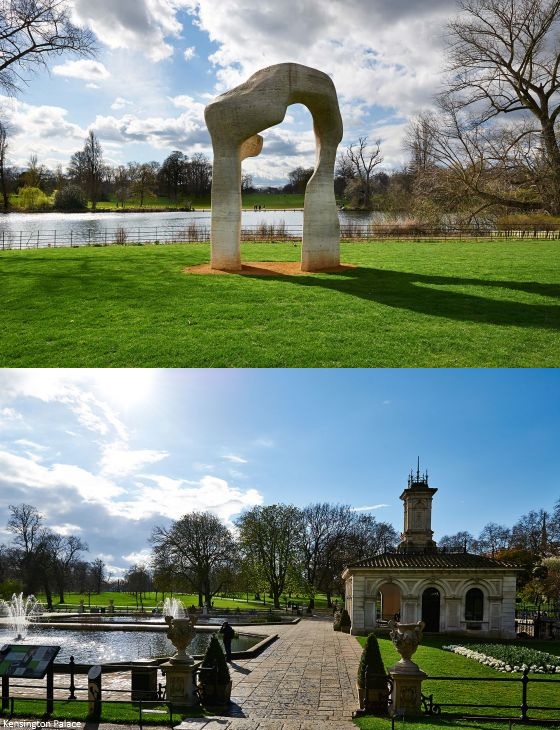 In other news, the lavender Emilia Wickstead dress Kate wore in Hamburg last year was voted your favourite look of the Poland/Germany tour. 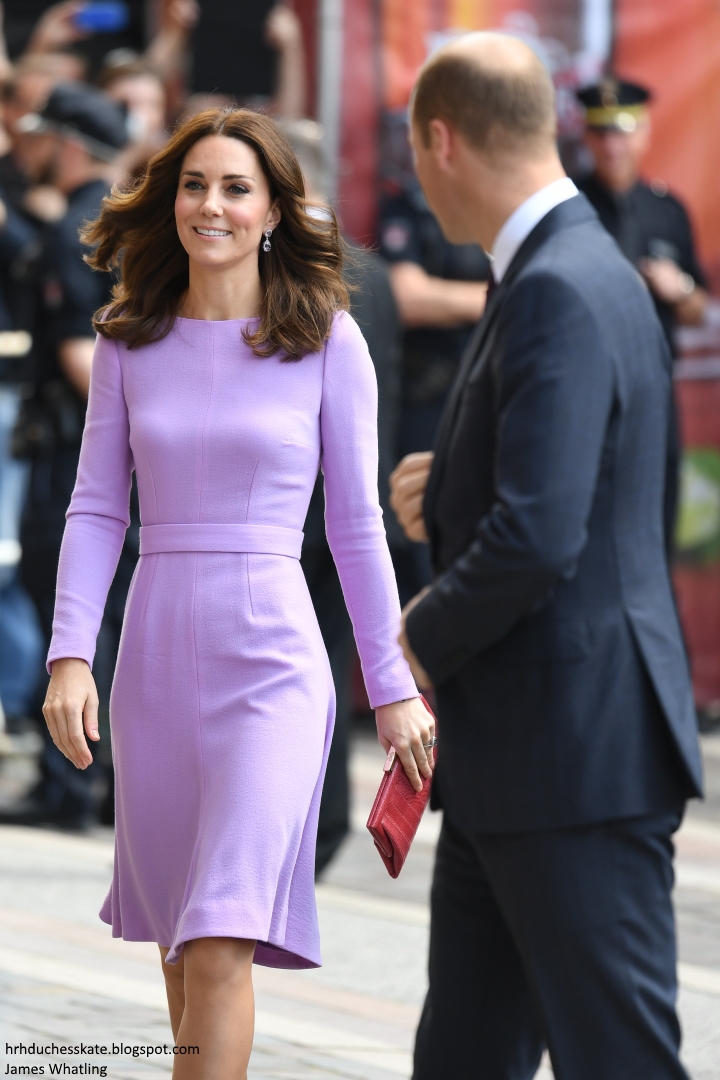 The dress proved so popular the designer decided to release it and appropriately name it the 'Kate' dress. Exclusive to Matches Fashion, the £1,420 piece is described as "Emilia Wickstead's navy wool-crepe Kate dress is an elegantly versatile choice for the social season. It's tailored in the UK with a flattering boat neckline and long darts throughout the front and back of the bodice, then lined with black crepe to ensure a smooth fit." It's available in navy, pink and red. 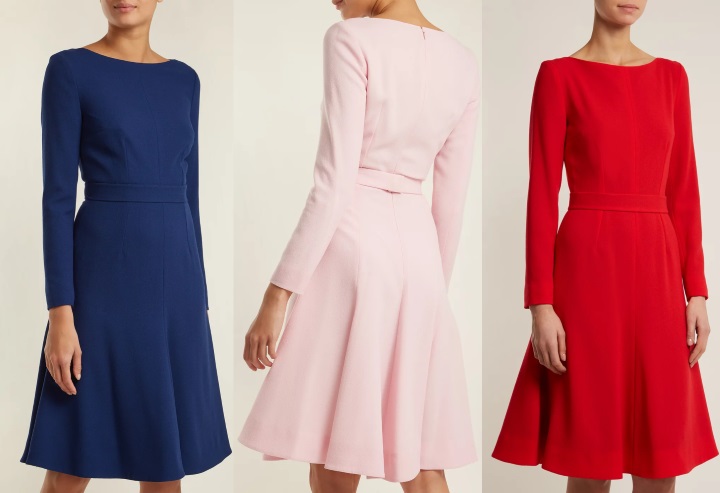 Last but certainly not least, this week is Mental Health Awareness Week in the UK. This year's campaign is focusing on stress. Research has shown that two thirds of us experience a mental health problem in our lifetimes, and stress is a key factor in this. By tackling stress, we can go a long way to tackle mental health problems such as anxiety and depression, and, in some instances, self-harm and suicide. To mark the week, William and Harry joined a host of well known faces including Judi Dench for #MentalHealthMinute. For the first time, over 300 broadcast stations came together to broadcast the recording at the same time ensuring it was listened to by an audience of 20 million. The moment was in support of Heads Together and its eight charity partners. 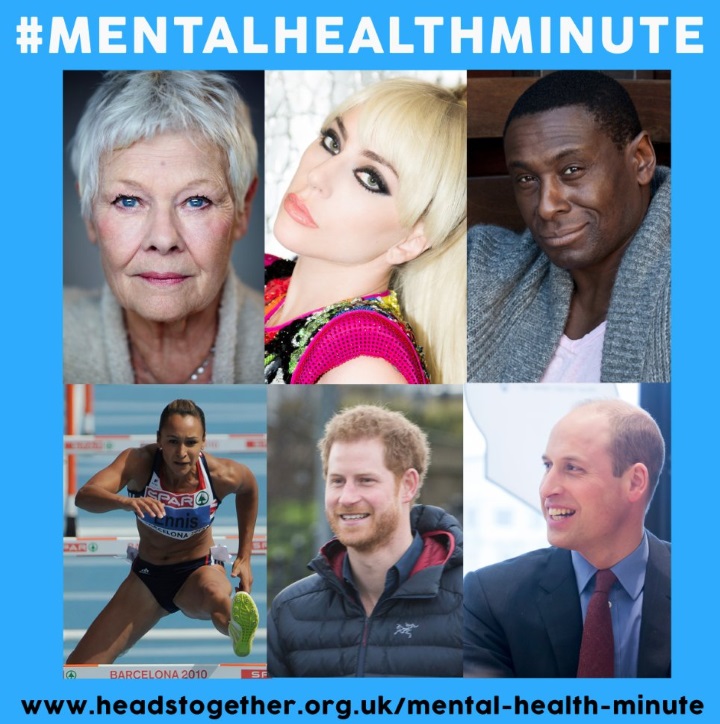 How are you feeling today? It's okay to say.

🔊Listen to The Duke of Cambridge and Prince Harry on @Heads_Together's #MentalHealthMinute, broadcast today on over 300 UK radio stations to mark #MentalHealthAwarenessWeek. pic.twitter.com/mJMEvBpz3u
— Kensington Palace (@KensingtonRoyal) May 15, 2018