Sunday Service at Crathie Kirk & The Queen Drives Kate and Carole Around Balmoral!

As expected, the Duke and Duchess of Cambridge have made their annual sojourn to Balmoral, taking Prince George and Princess Charlotte to the royals' Scottish retreat to spend time with the Queen and Prince Philip before the summer closes. Kate's parents Michael and Carole Middleton also joined the group. They reportedly arrived on Thursday and will only be staying for several days as Prince William has an engagement in Battersea on Wednesday. This morning, the couple - styled the Earl and Countess of Strathearn in Scotland - were photographed arriving for Sunday service at nearby Crathie Kirk. Also in attendance were the Queen and Prince Philip, Prince Charles and the Duchess of Cornwall and the Middletons. (You can view photos at the Mail Online, we will update should they become available to license).


Crathie Kirk is a small Church of Scotland parish church in the village of Crathie. The walls are built of local granite and the roof made of Scots Pine. Building materials were donated by the surrounding estates, and £5000 raised by the local population to fund construction. It is known as a regular place of worship for the British Royal family when they are staying in nearby Balmoral. The Princess Royal married her second husband, Timothy Laurence, at the church because she was divorced and, at the time, not permitted to marry in the Church of England. 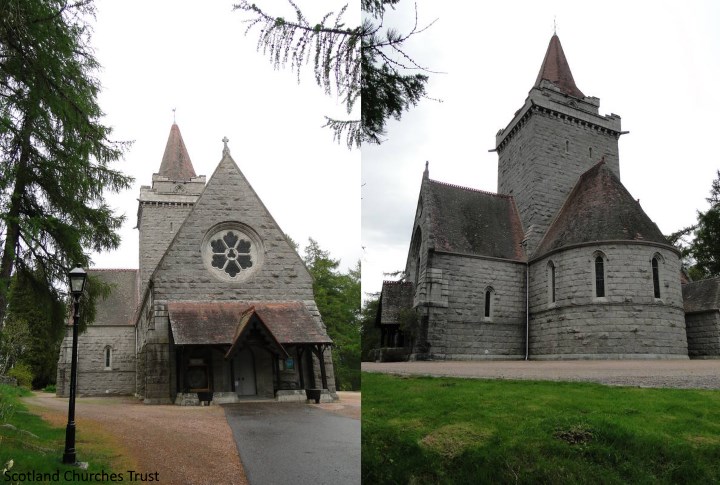 Indeed, the picturesque church's royal connections are many. More from Wikipedia:

It appears the Duchess wore her Michael Kors skirt suit this morning. A recap on the details: the slate/claret Virgin Wool Plaid Blazer is described as a "vintage-inspired equestrian silhouette" with notched lapels, long sleeves, four-button closure and plaid knit print. The piece originally retailed for £1000. Once again, Kate wore a black top underneath. The Guncheck Wool Trumpet Skirt is crafted from heritage guncheck wool with the trumpet silhouette offering a flattering feminine fit. Kate also wore a new burgundy hat and what may be her sapphire and diamond earrings. 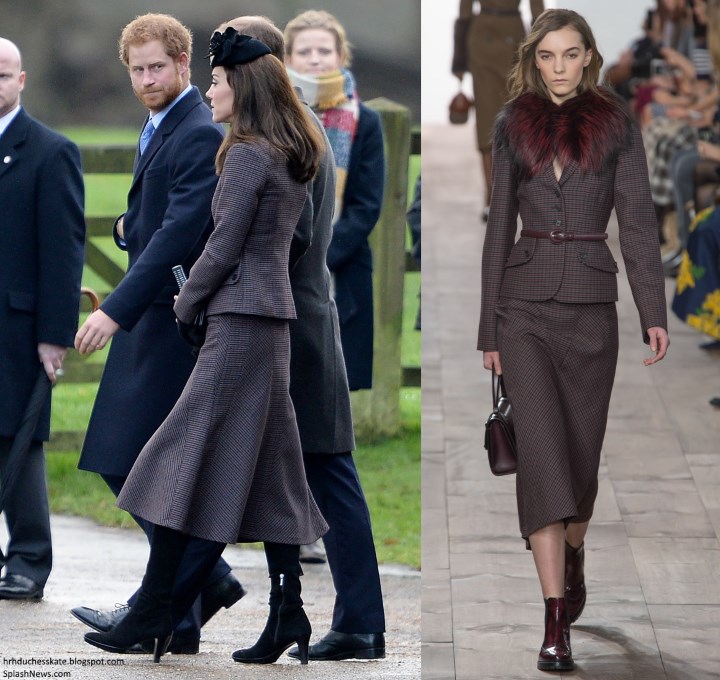 Yesterday, Her Majesty took the wheel as she drove Kate to a picnic lunch. There is so much I love about this photo, and it's lovely to observe the closeness of the Queen with her granddaughter-in-law. It's clear they have much in common and have likely bonded over their love of country life. In ITV's documentary Our Queen at 90 Kate remarked: "I suppose what's really struck me is her love for the simple things in life. You would expect a lot of grandeur and a lot of fuss, but actually what really resonates with me is her love for the simple things, the lack of fuss, and I think that's a special quality to have." It's simply wonderful to see the Queen, at 90, completely in her element driving herself about with a protection officer sitting in the back. We see few glimpses into the royals' private lives and this is a lovely snapshot to see. You can view more photos here.

More from the Mail on Sunday's story:

'A smiling Kate looked happy and relaxed as she sat in the front passenger seat of the dark green Range Rover in a khaki coat and patterned scarf. William, 34, was also spotted driving a converted Land Rover Defender up the Capel Mounth path on the way to Glen Clova for a grouse shoot shortly after 10am yesterday. Walkers on the public path at Loch Muick were delighted to see the Queen, who appeared not to be wearing a seatbelt, driving Kate – who had her belt on – to the grouse moors.'


There's also a photo of the Queen driving Carole on Saturday. Again, it's excellent to observe the closeness between both sides of the family. Carole and Michael reportedly arrived on Thursday night. There are more photos available here.


The royals had their lunch in the hills above Loch Muich. 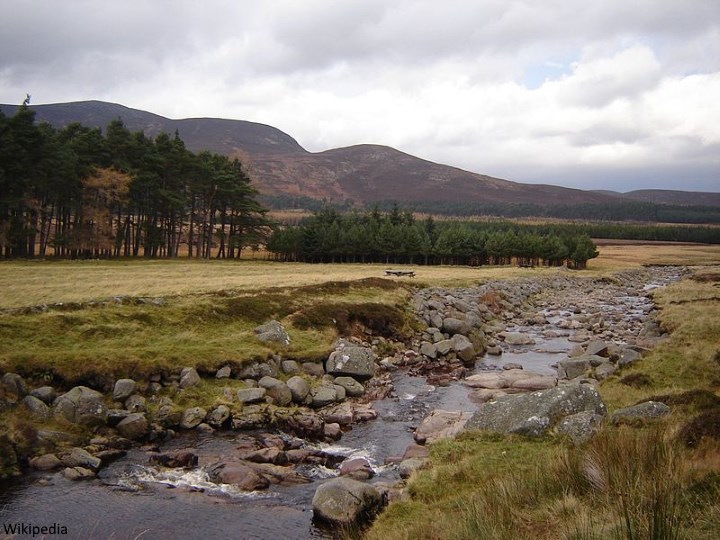 The Duchess was casually attired sporting what appears to be a green jacket with a patterned scarf, which several tweeters have noted looks very similar to her Really Wild Autumnal Partridge Scarf worn on Christmas Day 2014 and her Alice band. 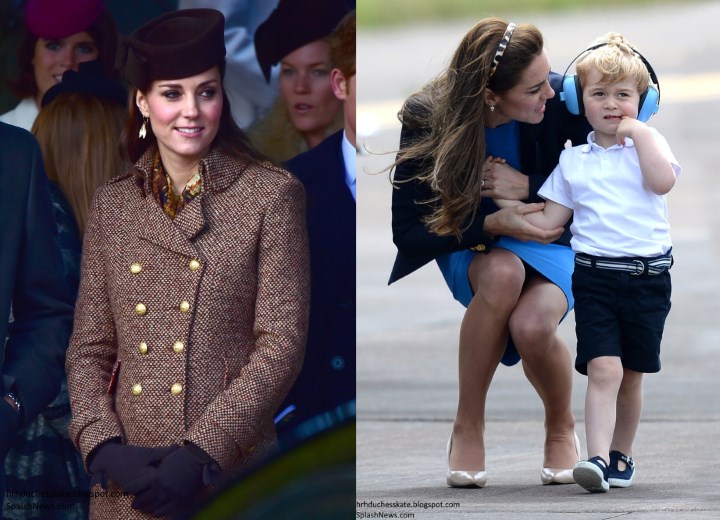 The Cambridges are reportedly staying at Prince Charles's private residence, Birkhall, and enjoying plenty of fresh air, walks and time with HM and Prince Philip ahead of their first overseas tour as a family of four later this month. 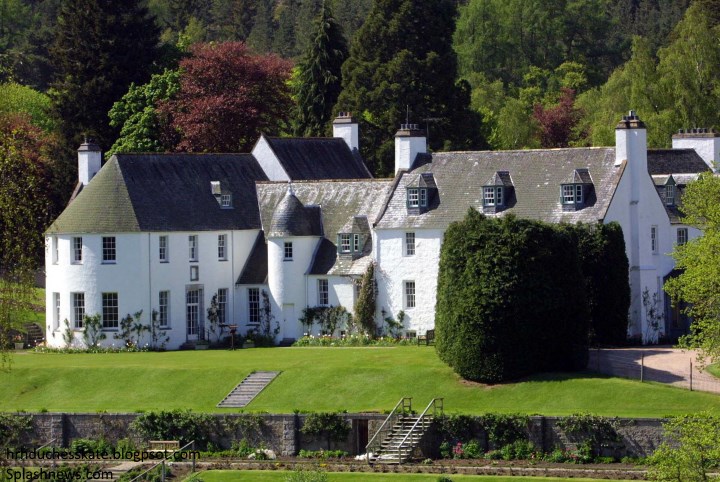 The Royal family's love for the Scottish retreat is continuing with the younger generation. An interesting article from Hello! Balmoral: Why the Royals Love Spending Time There:

'A "paradise in the Highlands" is what Queen Victoria called Balmoral. On arriving at the Scottish retreat she famously recalled in her diary: "All seemed to breathe freedom and peace, and to make one forget the world and its sad turmoils."
The magnificent estate, set amid mountains, lochs and glens, held a special place for the late monarch – just as it does for the present Queen and her family. Victoria and her husband Prince Albert first visited the Highlands in 1842, and were so struck they resolved to return.

In 1852 Albert formally purchased Balmoral property for his wife. The original house was deemed "small but pretty", which led to the commission of Balmoral Castle. Unlike other properties such as Buckingham Palace, it is privately owned.

Ever since, the Scottish holiday home has become a firm favourite with the royal family. The Queen and Prince Philip regularly spend two months a year at Balmoral, with other members of the family including Prince William and Kate dropping in for summer visits.'


William and Kate already have many happy memories there:

'William and Kate have spent some of their most romantic times at the residence, staying at a cottage called Tam-na-Ghar during their breaks from St Andrews University. The Prince also surprised his then-girlfriend in 2009, arranging a candle-lit dinner in a remote log cabin on the banks of the River Dee. A year later, Kate's parents Carole and Michael Middleton were guests of Prince Charles at his mansion on the estate, Birkhall. It was a sign that William and Kate's relationship was becoming even more serious – days later their engagement was announced.'


Princess Eugenie described Balmoral as "the most beautiful place on earth. I think Granny is the most happy there. I think she really, really loves the Highlands. Why? Walks, picnics, dogs – a lot of dogs, there are always dogs – and people coming in and out all the time. It’s a lovely base for Granny and Grandpa, for us to come and see them up there; where you just have room to breathe and run". 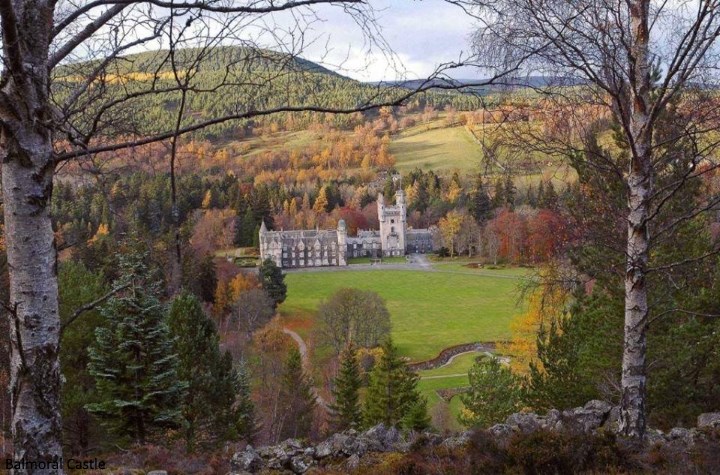 With views like this, it's no surprise it remains a firm favourite. 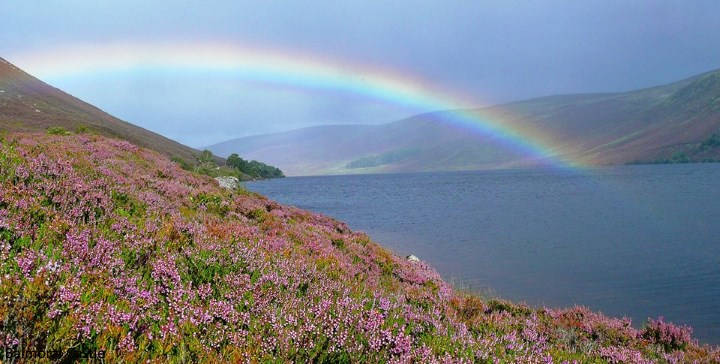 We expect the tour itinerary will be released within a couple of days. See you all then!
Posted by Admin at 16:22:00