The Duchess in Poppy Print Beulah London for Reception

The penultimate day of the royal tour has been quite a hectic one. Following a lengthy hike to Tiger's Nest, the couple attended a glamorous reception this evening at the Taj Tashi hotel. 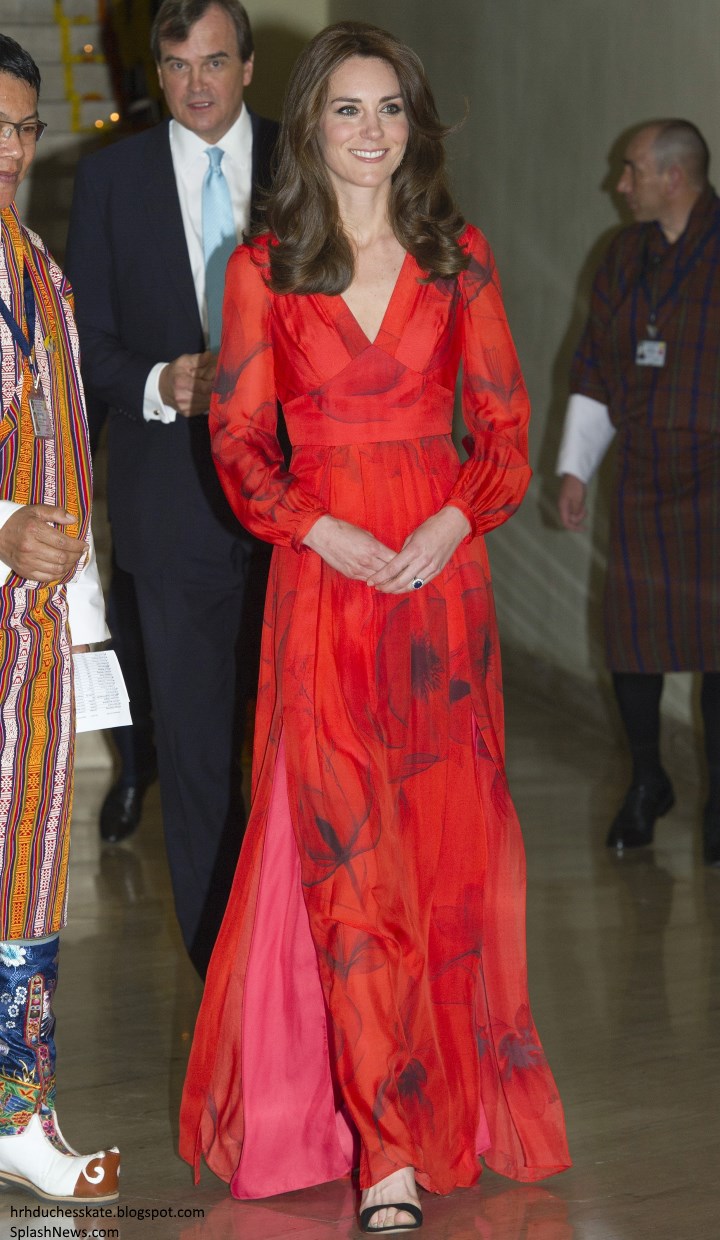 The Duke and Duchess were guests of honour at the reception for British Nationals in Bhutan and Bhutanese people with strong links to the UK. The Duchess was presented a silk scarf by Ugyen Michael Wangchukat at the reception. William and Kate met guests. 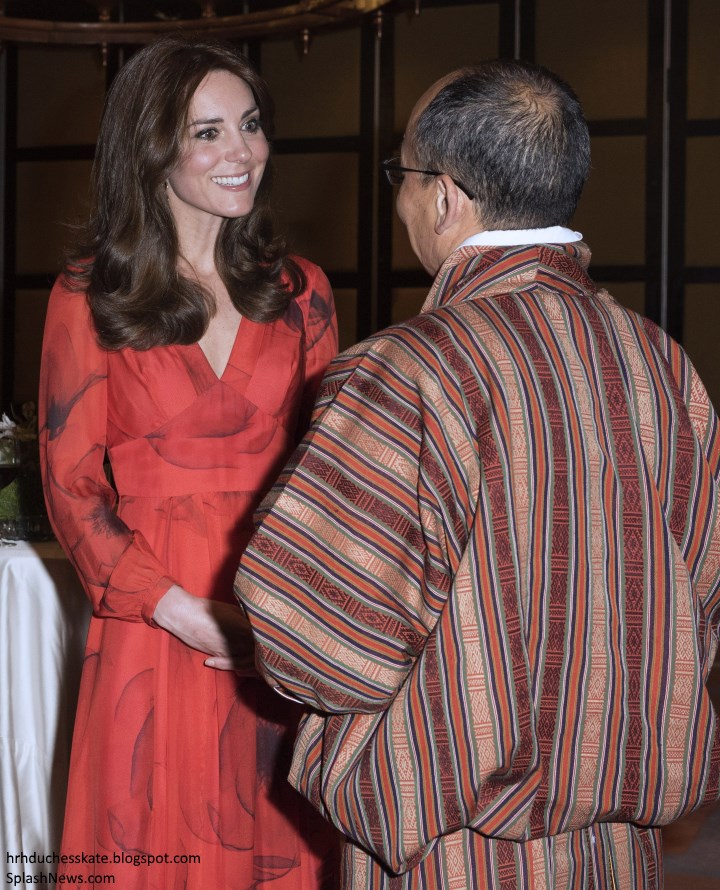 Whilst chatting to helicopter pilot Nic Suddards from Yorkshire, William described being in the cockpit of the plane landing in Bhutan. "He said being in the cockpit was terrifying. There is a house on the approach which is known as Mr Smith's house and you miss it by metres. The pilot was showing him Mr Smith's house and he said 'don't look at that, concentrate on the runway." Kate was particularly interested in learning more about raising a family in Bhutan. Kate spoke to a man from Northern Ireland who had moved to the Himalayan kingdom with his family due to his job. Pio Smith said: "She was really interested in learning about family life." More from the Mail Online:


'William and Kate also spoke to Britons Carolyn Ishering, 75, from North Wales and Louise Dorji, 81, from York, who have both been living in Bhutan since 1966. Ms Ishering said: 'It was a great honour to meet them, very exciting. She is everything that I thought she was...so elegant, warm and friendly. 'I told him (William) that I had a connection because my sister had actually been second chef to Princess Margaret in Kensington Palace for a number of years and I was retelling a story about how the lifts got stuck in the palace when I went up to her flat.'He said "yes, it does get stuck."'


The Palace said William and Kate's visit to Bhutan was an "opportune time to build on friendly relations between the UK and Bhutan". This evening's reception was very much about celebrating links between the two countries.

Kate chose a beautiful gown for the evening - the crimson poppy print Beulah London Juliet. The £745 silk chiffon gown has sheer sleeves and is lined through the bodice and skirt. The V neck pleated gown features a split. It's a striking dress and 'very Kate'. Readers may recall we looked at the piece as an option for the Duchess back in February last year.

The Juliet is inspired by the X-ray photography of Don Dudenbostel.

The dress bears similarities to Kate's Beulah Sarai dress, worn to the 100 Women in Hedge Funds gala in 2011. 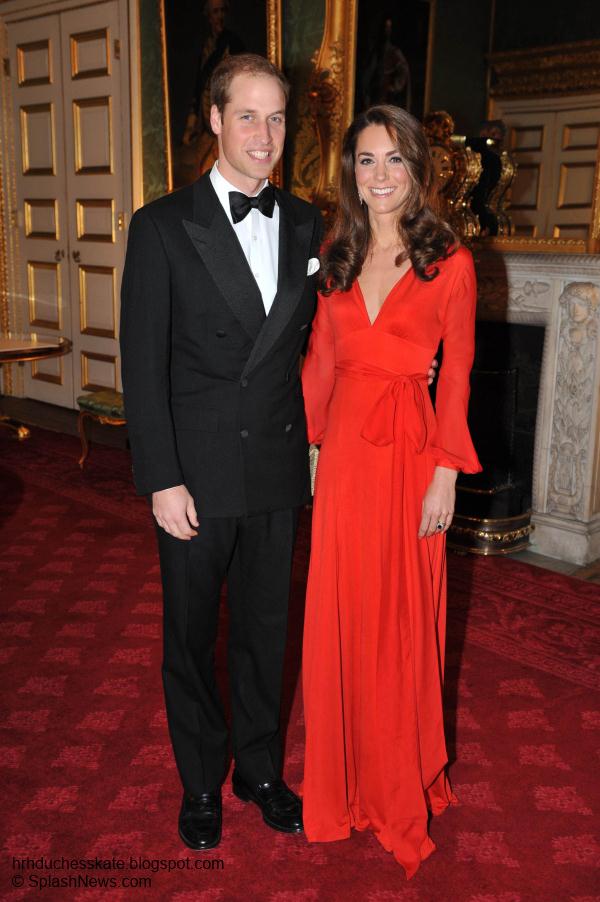 The Himalayan blue poppy is the national flower of Bhutan, so I almost expected to see a poppy incorporated in an item of clothing or an accessory at some point during the visit. 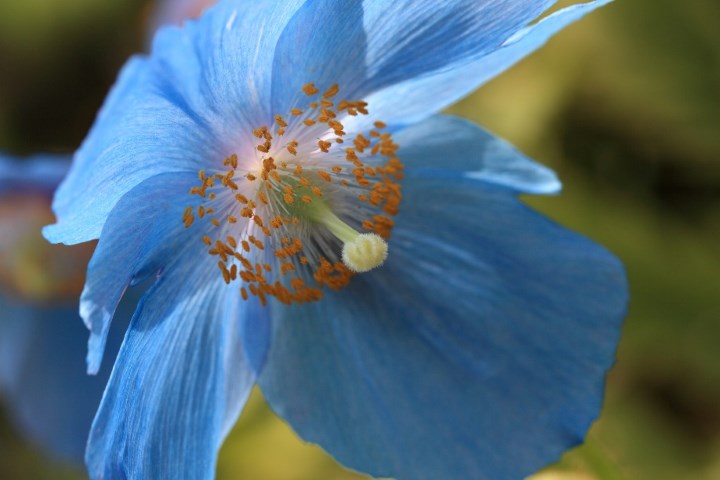 A dress by the British brand was a natural choice for the tour for several reasons: Beulah is a favoured brand of Kate's and their philanthropic initiatives tie in very well with the tour. Through the Beulah Trust, they have created employment for women trapped in the sex trade in Kolkata, India by providing them with a steady income, a bank account, and a chance to build a new life free from abuse.

There's also a rather fun element to Kate wearing this dress for one reader. When we asked you all to Choose Your Dream Look for Kate last year Julie NC chose the gown with Jimmy Choo Cosmic Pumps and Kiki earrings. Well done Julie. :) 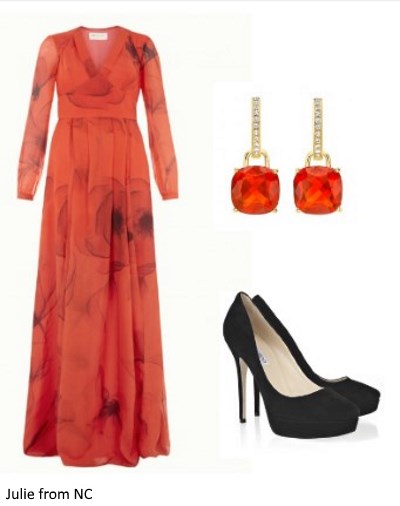 
A great shot of Kate's hair. The style very much reminds me of the look she had during the engagement announcement. 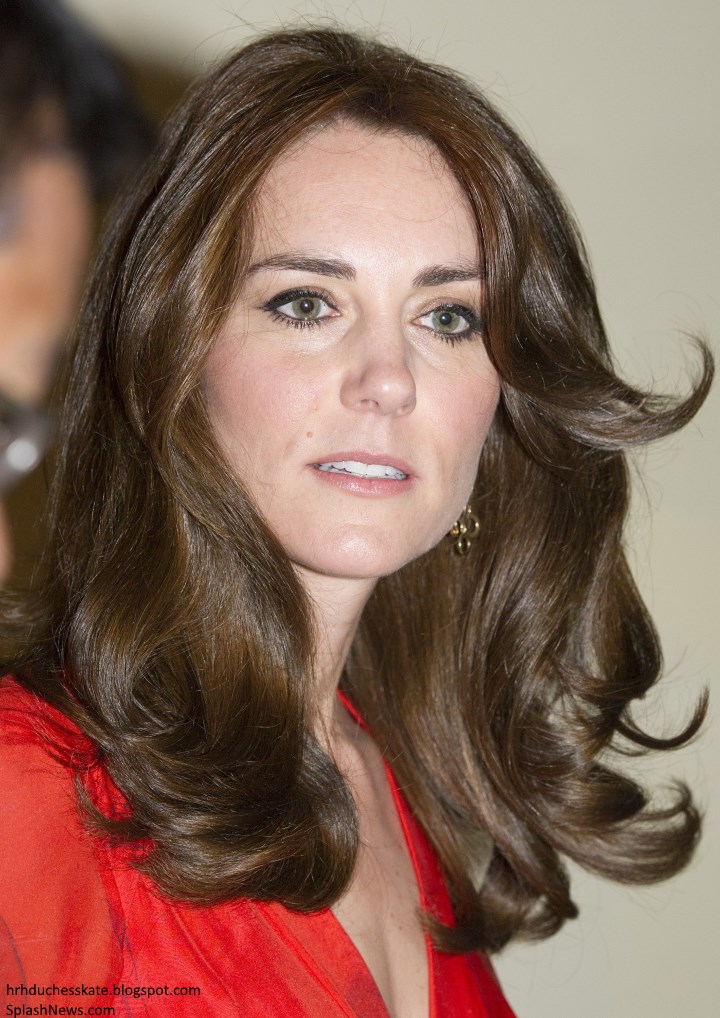