Royal Tour 2016 Begins as the Cambridges Arrive in Mumbai!

Royal Tour 2016 has officially begun! The Duke and Duchess of Cambridge arrived in Mumbai this morning following an overnight scheduled flight from London. The couple arrived twenty minutes ahead of schedule. 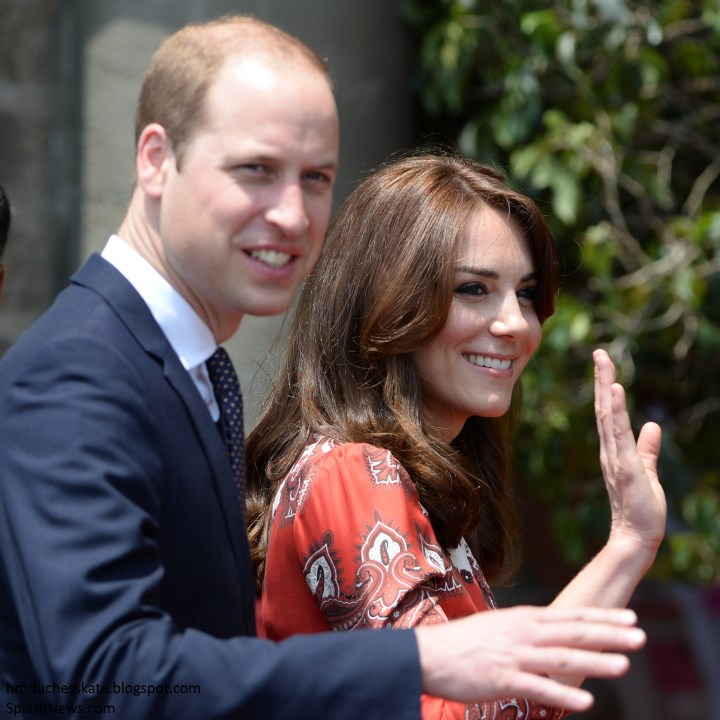 The couple's first destination was The Taj Mahal Palace, the hotel where they will be staying tonight. The Cambridges received an enormously warm welcome upon arrival with excited locals and the world's media eagerly awaiting the much anticipated royal tour. It is the first time William and Kate have visited either India and Bhutan, and both are immensely looking forward to the week ahead. Kensington Palace said the couple are excited about "making new memories and seeing this beautiful place for themselves". 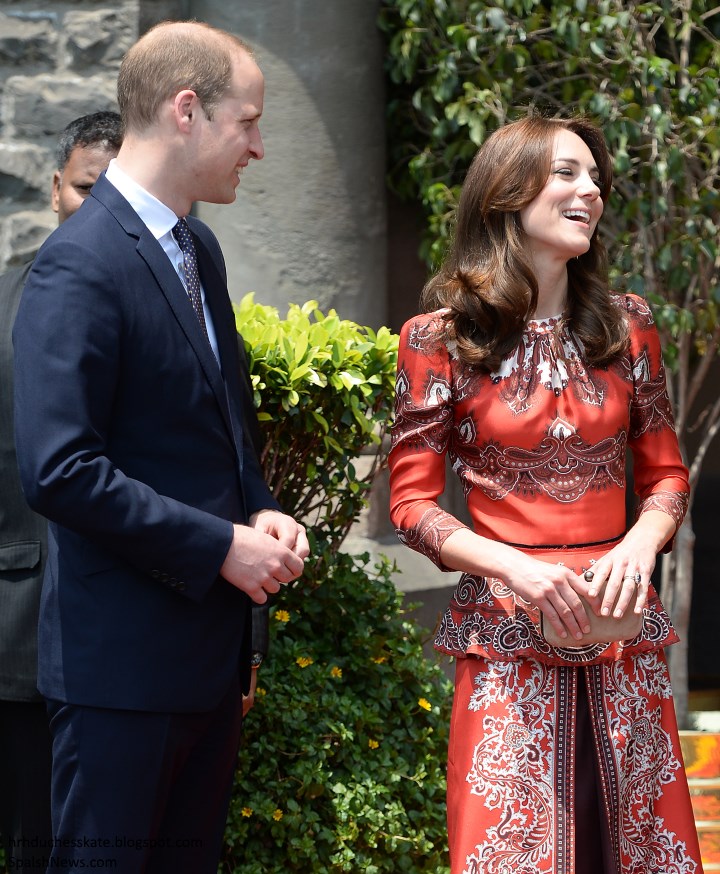 The hotel shared their delight at welcoming the royal couple shortly before their arrival: "The Duke and Duchess are making their way to India to lend support to charitable causes today. We're privileged to welcome Their Royal Highnesses to Taj Mahal Palace as they visit Mumbai." 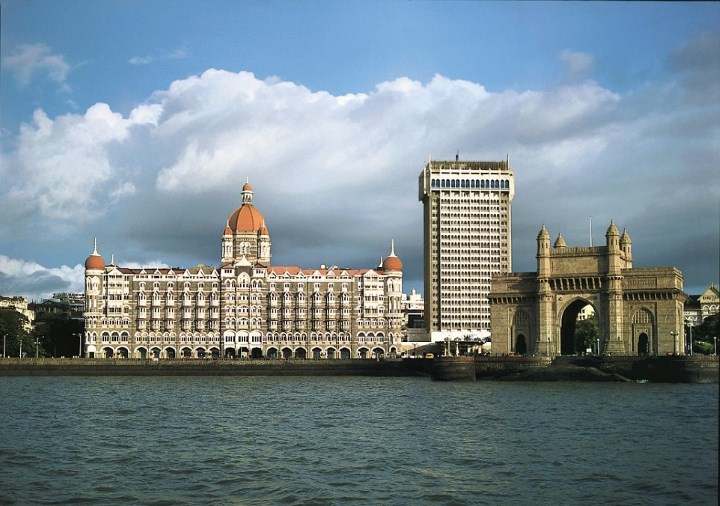 During the terror attacks in 2008, the hotel was targeted leading to destruction of its roof. Tragically, 167 people lost their lives, with at least 31 deaths at the The Taj Mahal Palace. In the years since, the hotel has become a symbol of the city's resilience and strength.

The staff's bravery during the attacks is known around the world. William and Kate follow in the footsteps of Prince Charles, President Obama and Hilary Clinton who all stayed at the hotel to display solidarity.

From the staff when the hotel reopened:


The Duke and Duchess laid a wreath at a memorial inside the hotel. 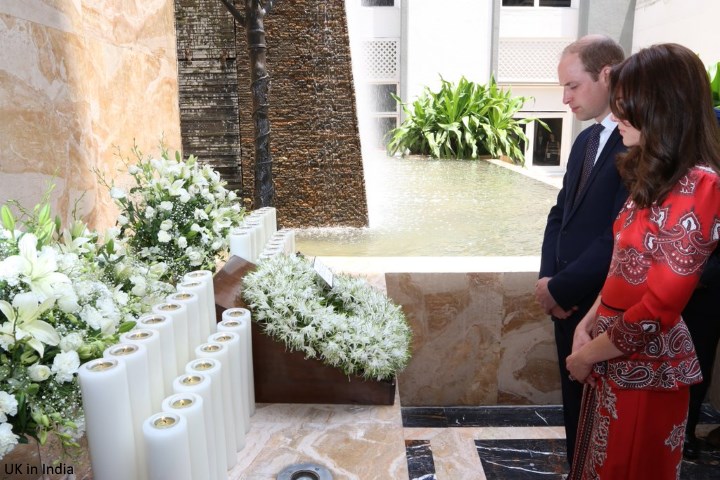 The card read ""In memory of those who lost their lives & those injured in the senseless atrocities at the Taj Mahal Palace Hotel." 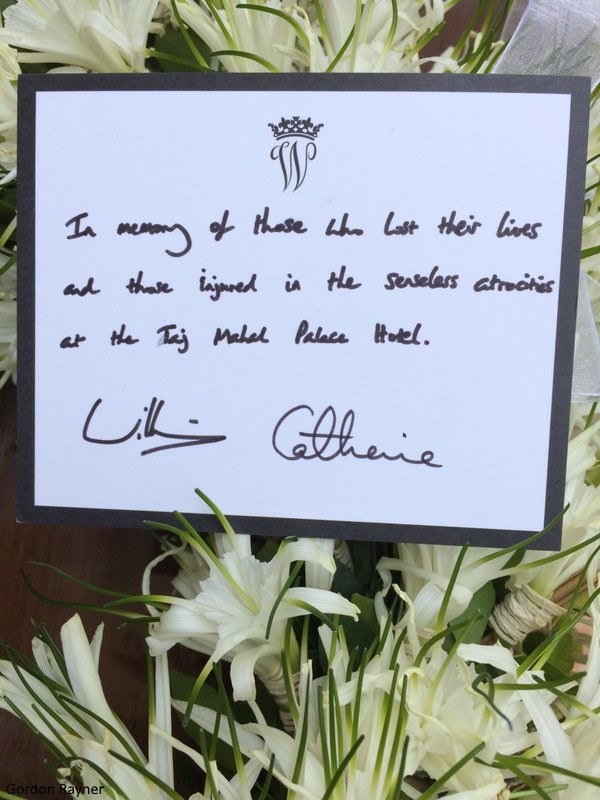 They met staff who helped protect guests during the attacks. 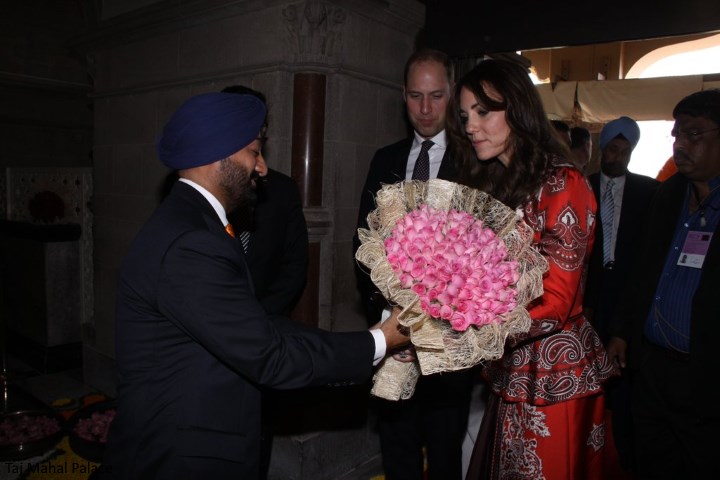 "The couple also met with Sunil Kudiyadi, the hotel’s security manager, who called the police and security services to the scene and helped save guests' lives during the attack eight years ago. "You’re very brave, you saved a lot of lives. Well done," William told him. They were then introduced to hotel chef Raghu Deora, 41, who was shot in the stomach and in the leg as he helped guests to safety. William talked to him about his experience, while Kate said, "It must have been a surreal time."


The couple were given frangipani and rose garlands. 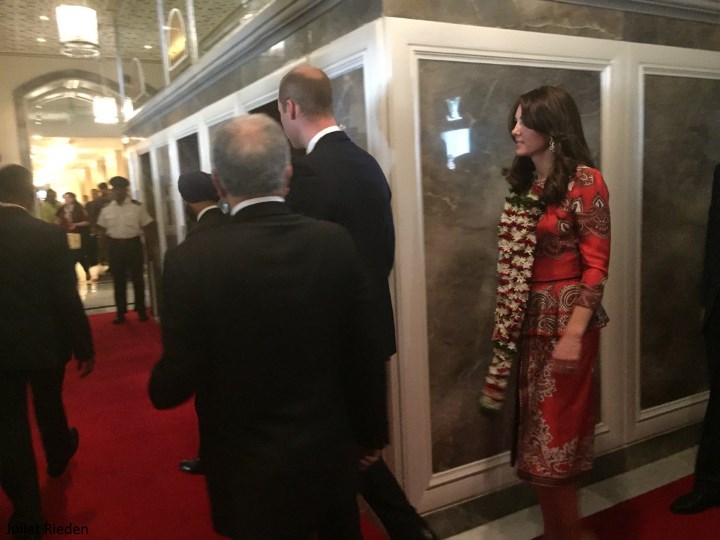 The five-star Taj Mahal Palace was opened in 1903 and has since been renowned for its professional service. It is understood the couple are not staying in the presidential suite as expected. Below, a look at another lavish suite, the Ravi Shankar. It includes a 50-inch flat screen TV, complimentary newspapers, wine and a fruit basket, and ploh duvets and covers.


A little history on the suite: in 1966, George Harrison of the Beatles stayed in this suite under an assumed name and studied sitar under Pandit Ravi Shankar. Adorned with original artefacts and memorabilia, this whimsically luxuriant suite is an inspiration, much like the man himself.


The Duke and Duchess also extended their sympathy to those affected by the fire in Kollam this morning. Indian officials believe more than 100 have lost their lives following a fire at a temple. A statement from KP read "Upon their arrival this morning, The Duke and Duchess of Cambridge were informed about the tragic fire in Kollam. Their Royal Highnesses are saddened by the news and send their thoughts to all those who are assisting victims".

We were very much hoping to see Kate select a colourful, vibrant look for her arrival and we certainly were not disappointed. The Duchess wore bespoke red Alexander McQueen (with thanks to Call Me Kate). The look features a striking print, peplum detail, three-quarter sleeves and a below the knee skirt. Kate's dress is a bespoke version of the Pre-Fall 2016 design shown below.


A closer look at the print. 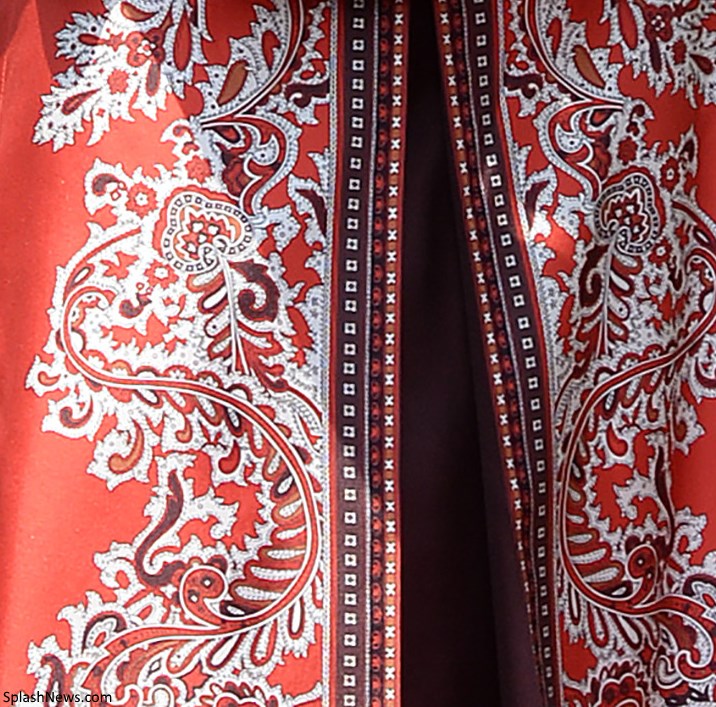 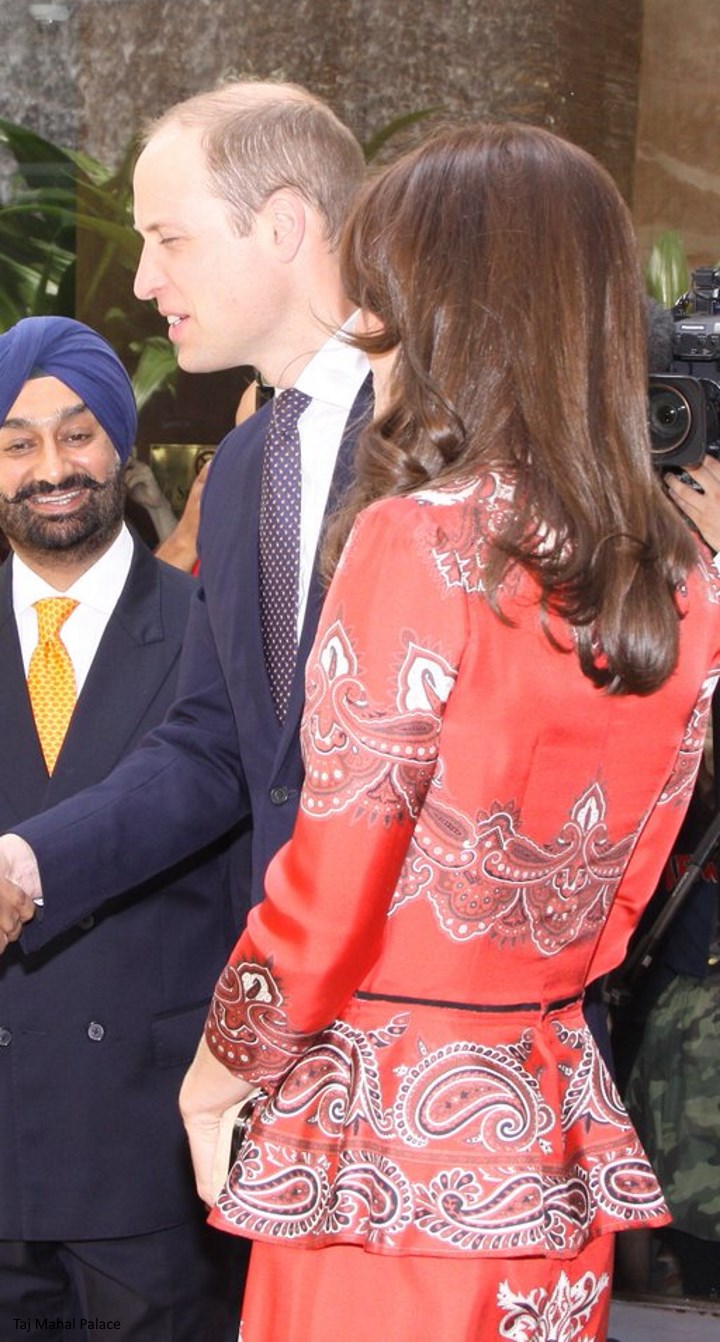 It was thought the Duchess sported a new pair of nude pumps by Gianvito Rossi today.


However, L.K. Bennett shared news they are in fact their Fern Pumps. They are not yet available in 'trench leather', but you can register your interest here. If interested in the pumps they are available in a plethora of colours for195 on the L.K. Bennett website.


Sara quickly identified Kate's new clutch as the Russell & Bromley Curvy Clutch Bag. The £165 bag is described: "Crafted in luxurious taupe suede with a gunmetal frame and clasp closure, this statement piece can either be carried in hand or use the optional shoulder strap for hands-free wear."


The couple will freshen up following the flight and enjoy a lunch of vegetable kebabs, lentil curry and rice, ricotta cheese and okra cooked by Taj Mahal Palace chef Raghu Deora. Mr Deora said: "It is all vegetarian because I was told that was what they preferred." Royal reporters said the couple chose vegetarian to avoid any possibility of food poisoning. 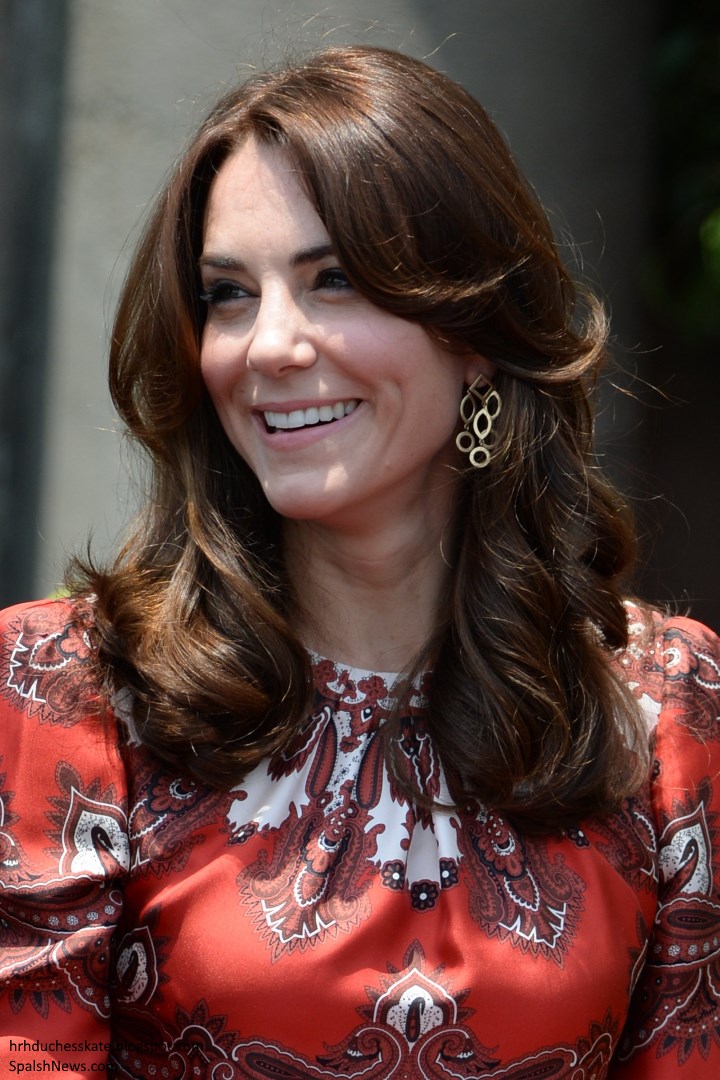 You can view videos on YouTube and ITN Source.


Next, the couple will travel to the Oval Maidan to meet locals and enjoy cricket :)
Posted by Admin at 09:51:00