It's Day Two of the Duke and Duchess of Cambridge's royal tour of India! Their Royal Highnesses carried out an engagement in Mumbai this morning. First on the agenda was an investiture carried out by Prince William at the Taj Mahal Palace hotel. The hotel was a central location throughout yesterday with the couple making their official arrival there and attending a star-studded gala in the hotel's ballroom last night. 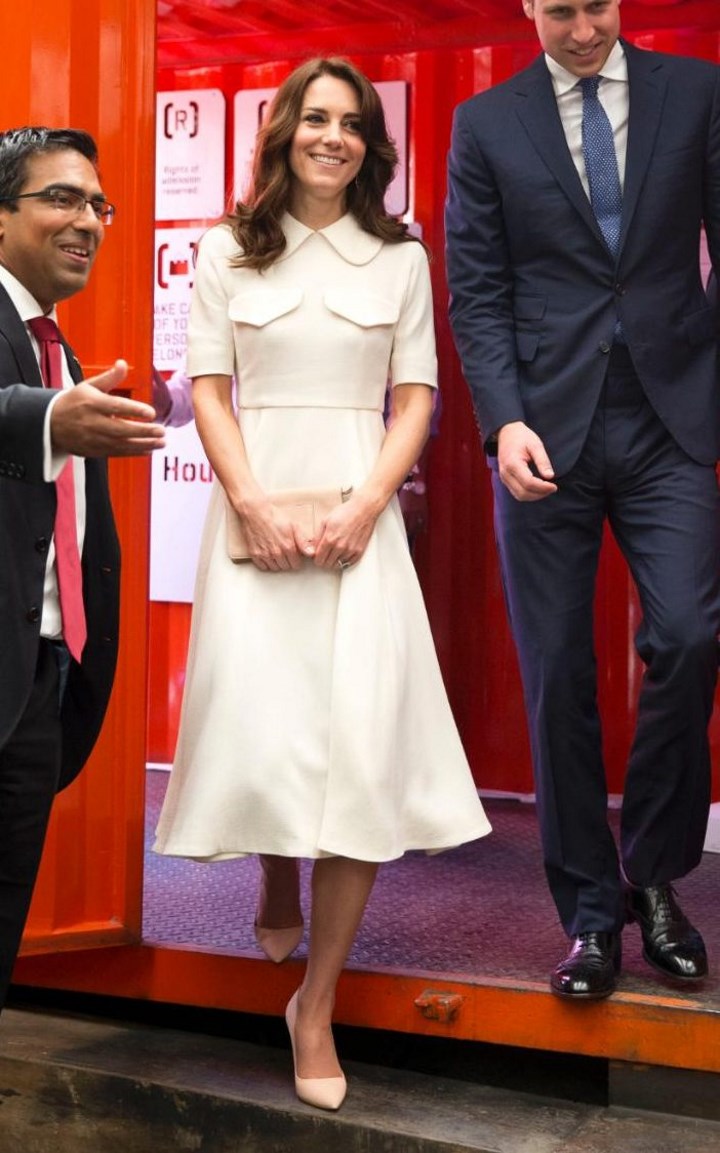 
The awards will find and celebrate some of India’s best and brightest talent in technology start-ups. Ten young entrepreneurs will win a trip to the UK, which will include access to the best of British expertise and advice, and a chance to pitch to potential investors for finance. William and Kate have attended various events associated with the GREAT campaign in recent years; its focus is to promote the UK internationally as a GREAT place to visit, study and do business. 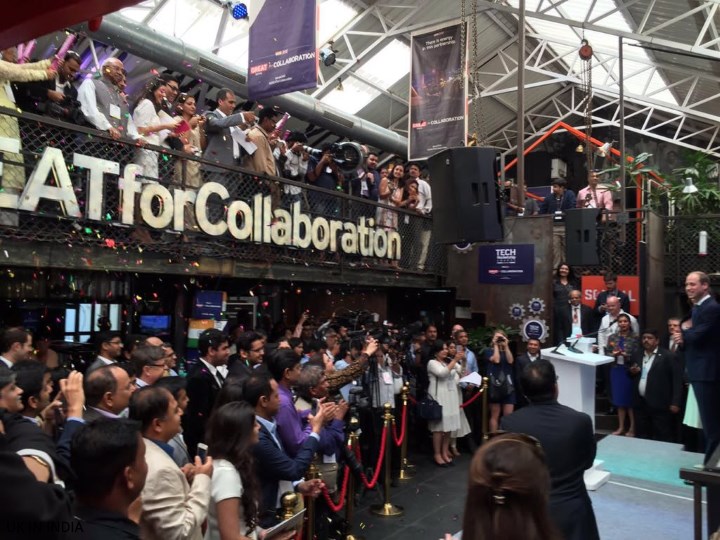 The Duke and Duchess' next stop was The Social. The bar, restaurant and callobartive workspace is a popular urban hangout and a hub for artists and designers. The Social offered the perfect venue for William and Kate to meet young entrepeneurs and innovaters who demonstrated their start-ups. Kensington Palace noted: "Mumbai has a thriving young business scene and the Duke and Duchess will be given the opportunity to meet young people with great ideas to power the future of India's massive economy, where more than one million people join the workforce every month." 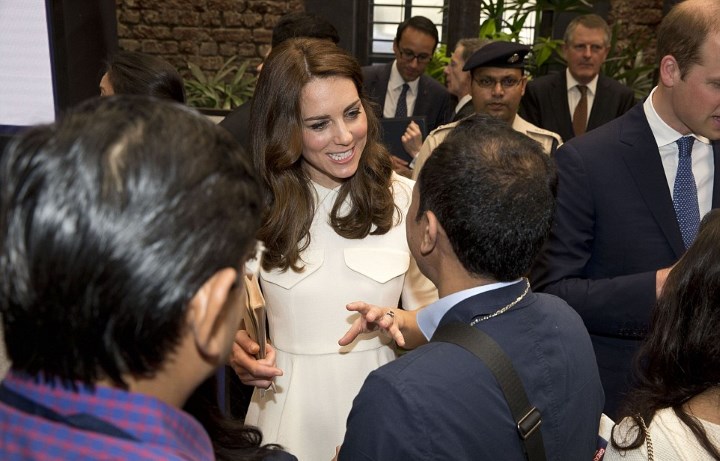 The couple learned to type in Braille. 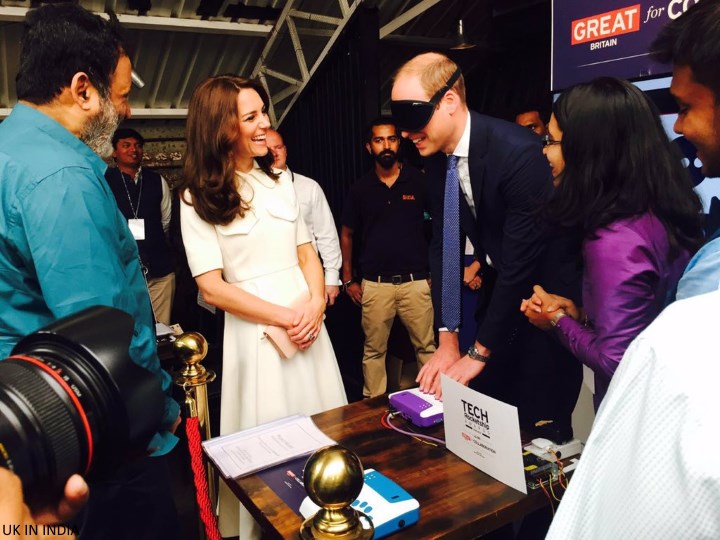 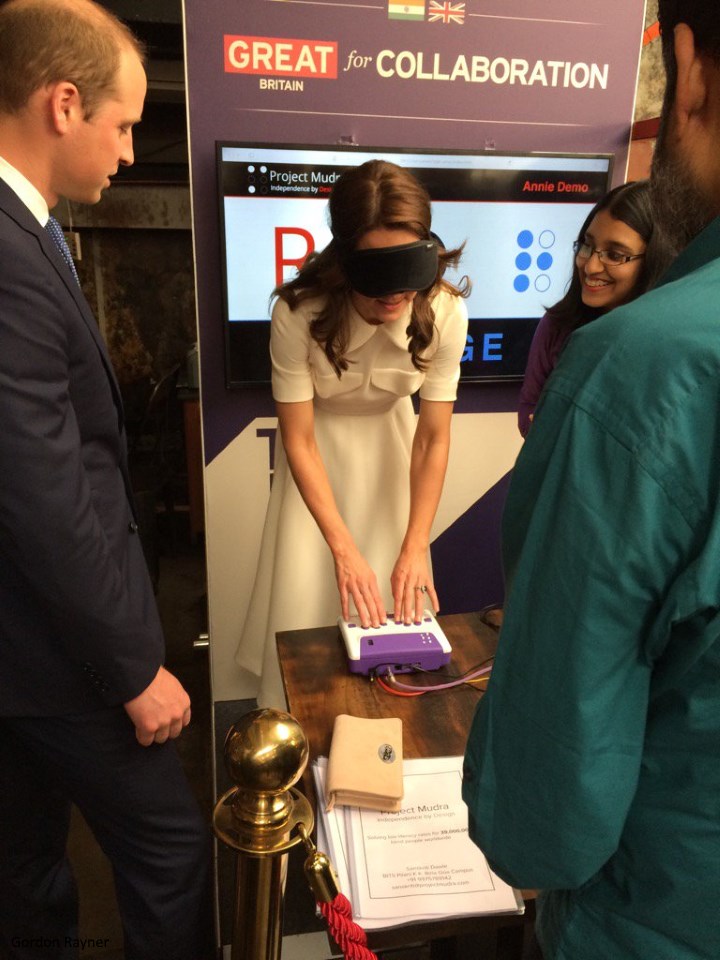 Prince William was offered the chance to make a dosa - similar to a crepe - using an automatic machine from Bangalore. Prince William tucked in but Kate decided not to try it. The Cambridges learned about Prime Minister Modi's Startup India Campaign, which is aimed at promoting bank financing for start-up ventures to boost entrepreneurship and encourage start ups with jobs creation. Key points of the plan include freedom from Capital Gain Tax for 3 years, freedom from tax on profits for 3 years, and a focus on eliminating red tape. William and Kate will have lunch with the Prime Minister tomorrow. During a brief speech, William said: "Being here today, it is clear that India is leading the way in so many areas of innovation and technology." The couple said their goodbyes at the Taj Mahal Palace before leaving Mumbai. 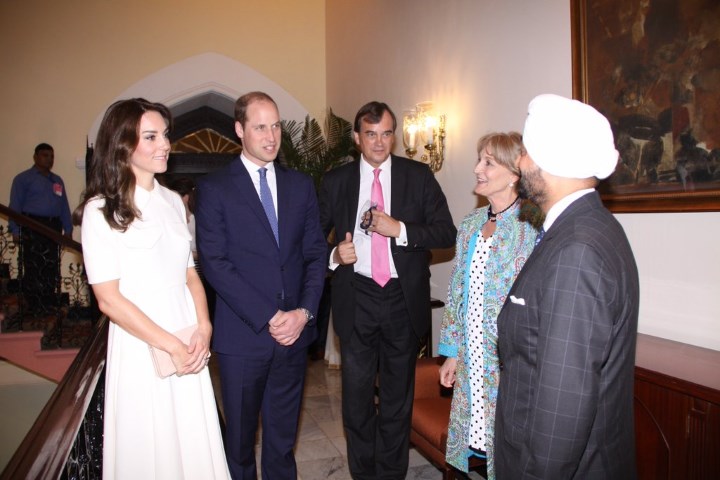 The couple then took a two-hour flight to India's capital city, New Delhi. Interestingly, Kate didn't opt for a change of dress for the beginning of the second leg of the tour. 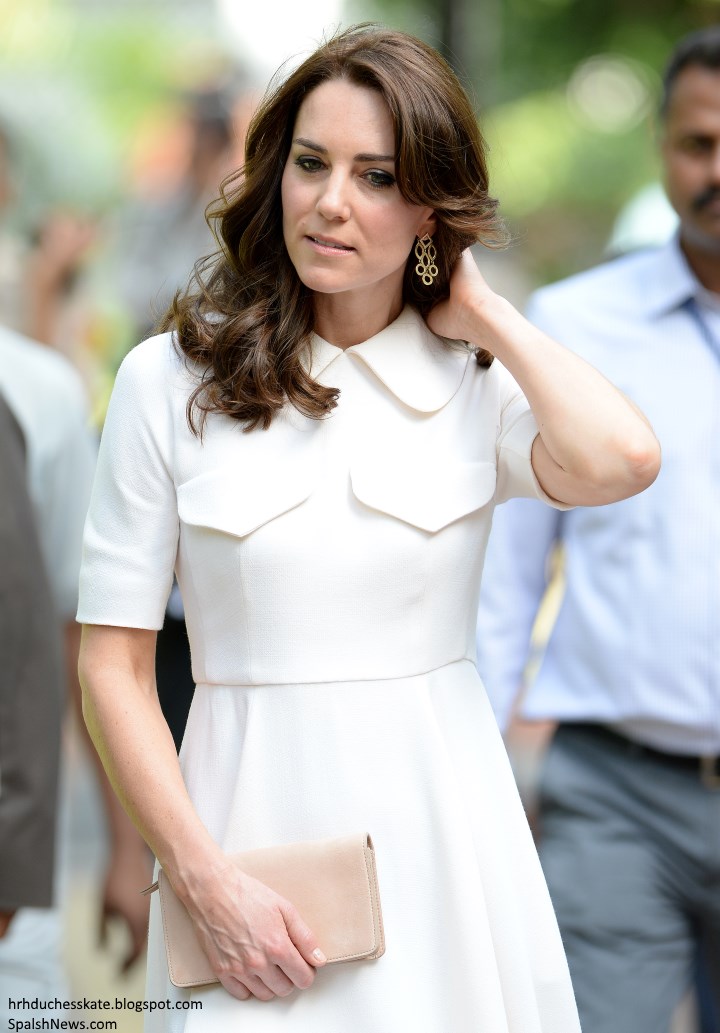 The couple made their way to India Gate, situated in the heart of New Delhi. The 42m high red standstone structure is the country’s main war memorial, covering the two world wars, the Third Anglo-Afghan War, and the Indo-Pakistani War of 1971. 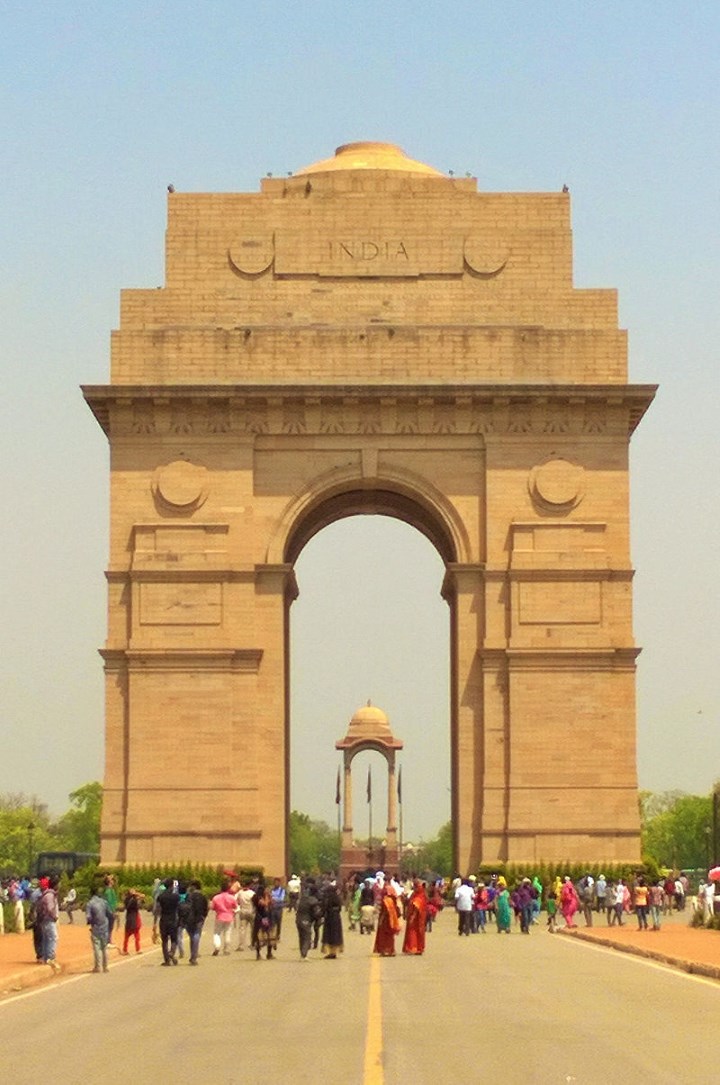 William and Kate posed for a photo. 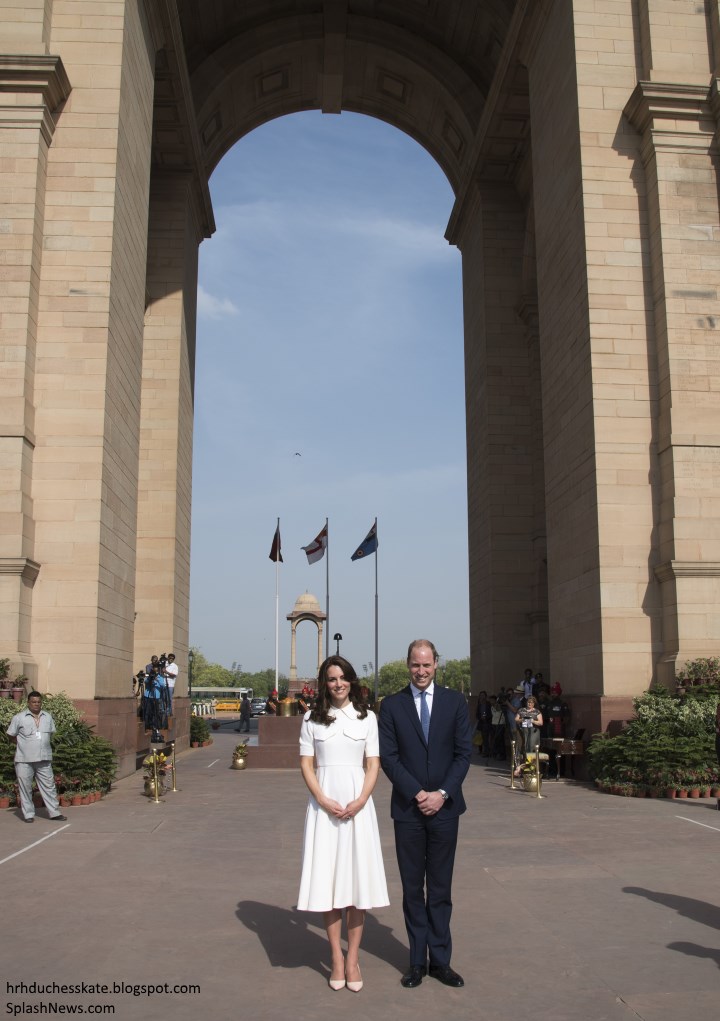 Kensington Palace said: "As the world marks 100 years since the First World War, the Duke and Duchess will in particular honour the 70,000 Indian soldiers who lost their lives while fighting for the British Army during the conflict. 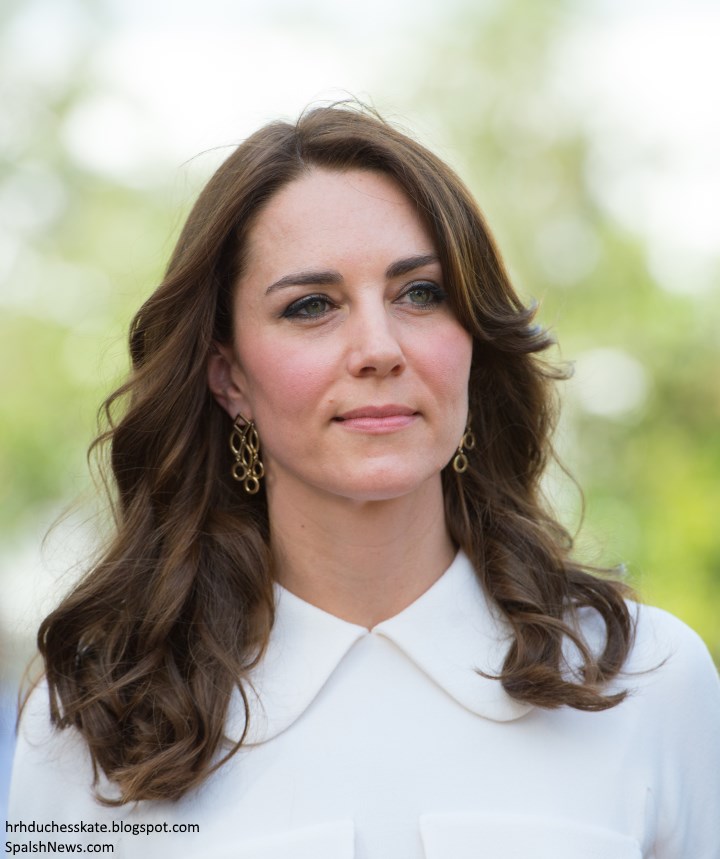 The Duke and Duchess laid a wreath. 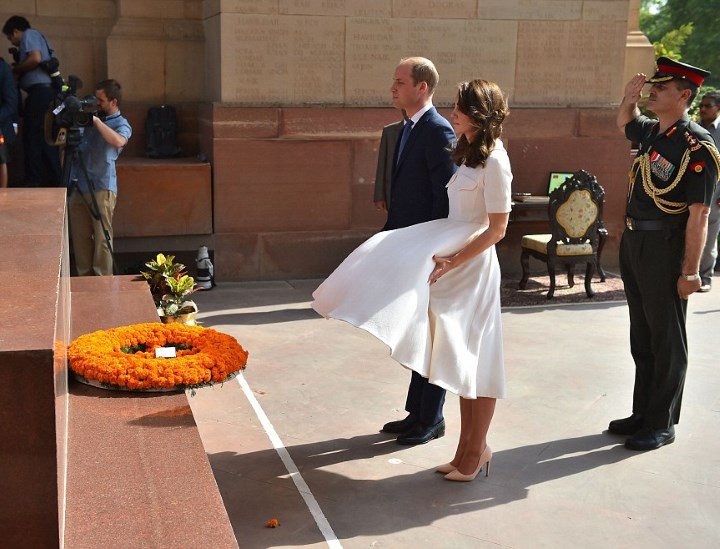 The message read 'Never forgetting those who have paid the ultimate sacrifice for India. 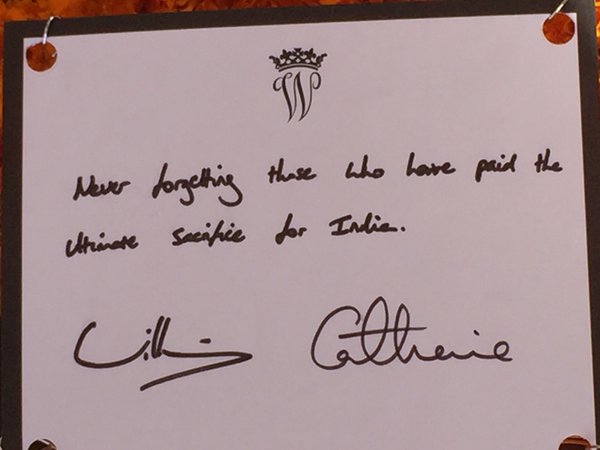 From India Gate, the Cambridges visited Gandhi Smriti - a museum dedicated to Mahatma Gandhi - where he spent the last years of his life and was assassinated in 1948. 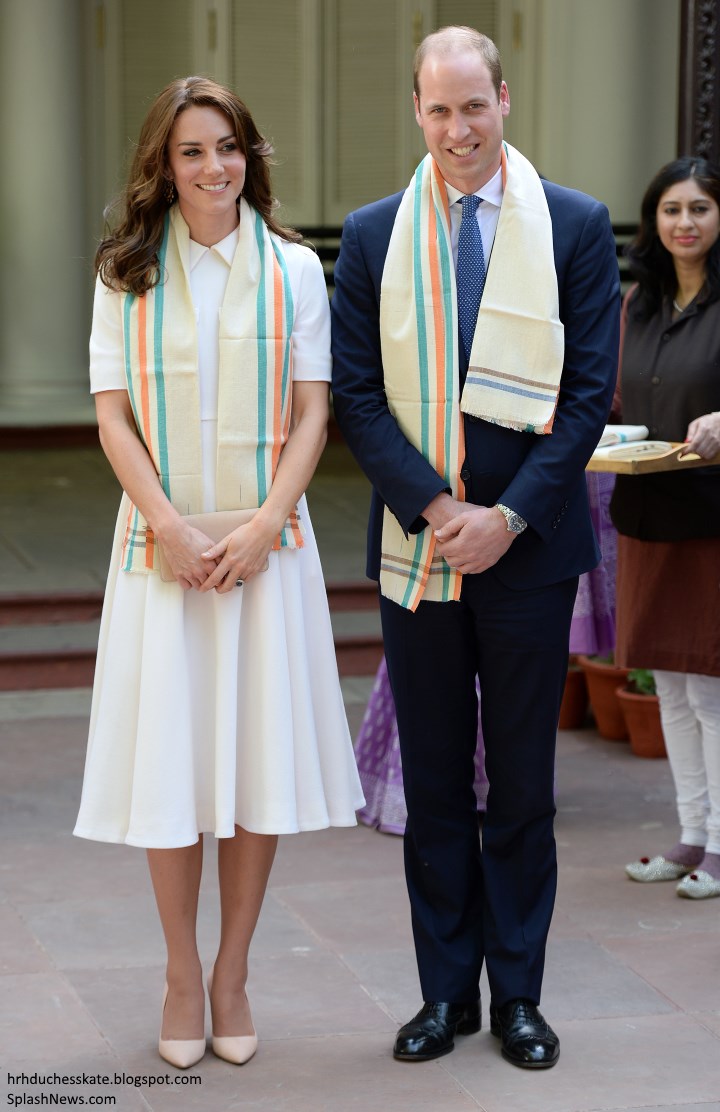 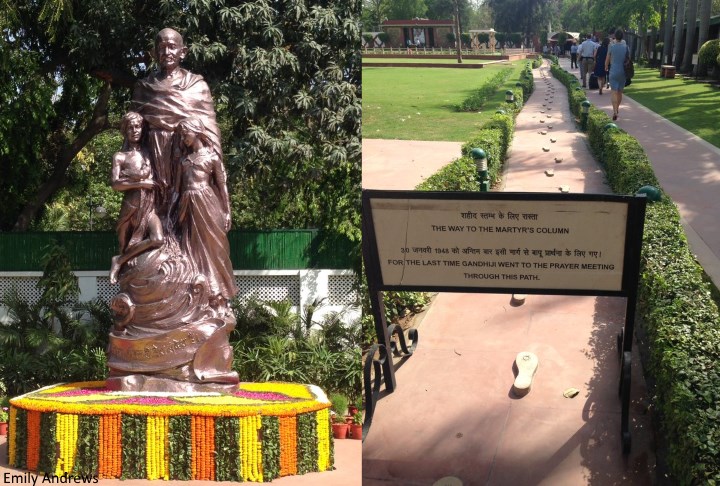 William and Kate were given a tour of the museum and paid their respects at the memorial.  Ahead of the visit the Palace said: "The Duke and Duchess are grateful to have the chance to learn about this great man's life in the place where he spent his final years." The visit offered a unique opportunity for the couple to discover more about India's founding father. 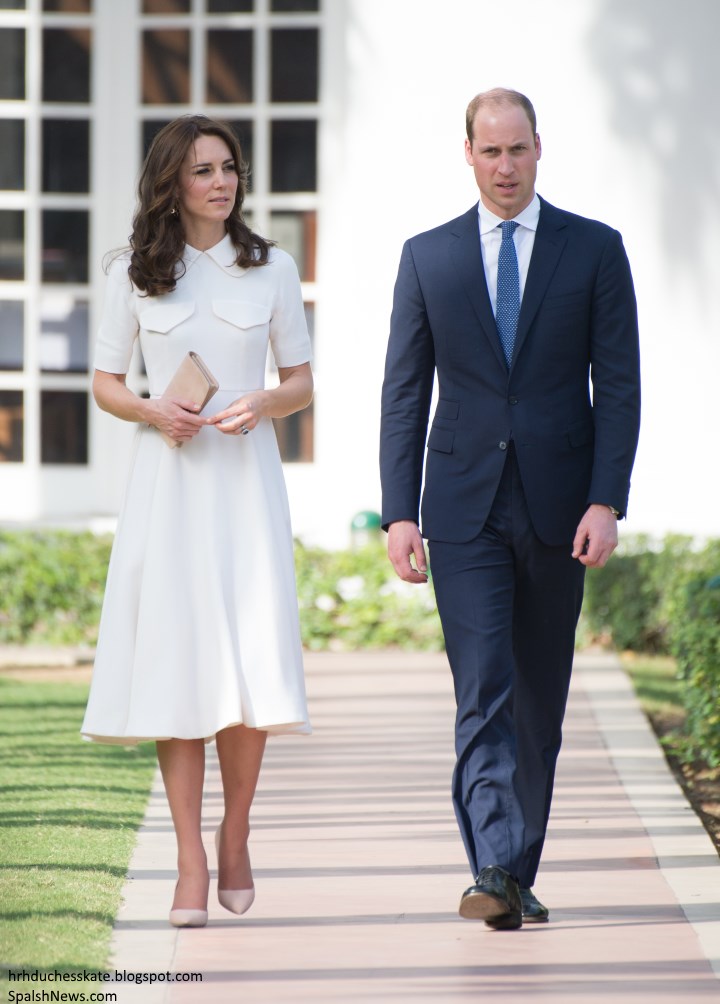 The couple removed their shoes before following Gandhi's final footsteps. 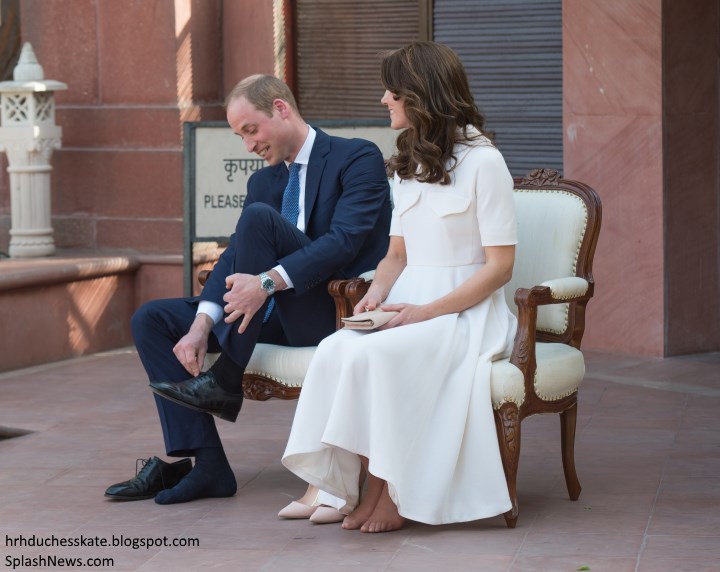 They scattered rose petals at the spot where Gandhi lost his life. 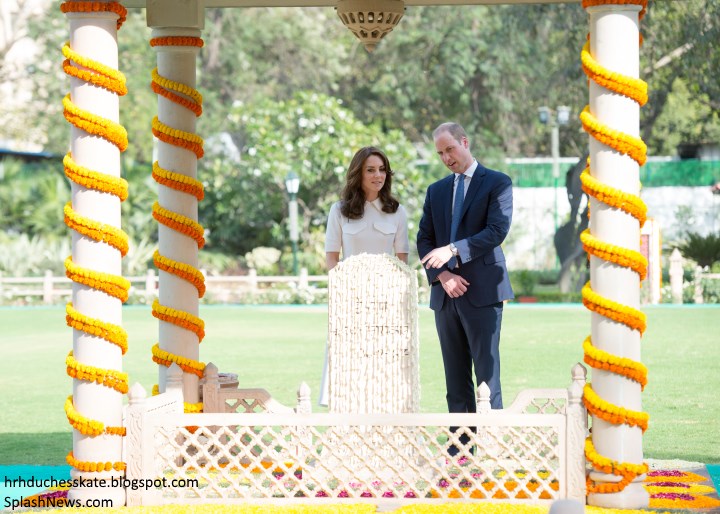 The Duchess opted for one of her go-to designers today - Emilia Wickstead. Kate wore the designer's Wool-Crepe Midi Dress (with thanks to Katie). The £1,700 ivory dress features two faux breast pockets, two front slit pockets, a full skirt and a concealed button and fastening back.

Looking at the garment there is much to like. The silhouette and full skirt is lovely, however, I'm not a fan of the faux breast pockets, as I think they detract from the clean simplicity the dress would offer otherwise. Do you like it? 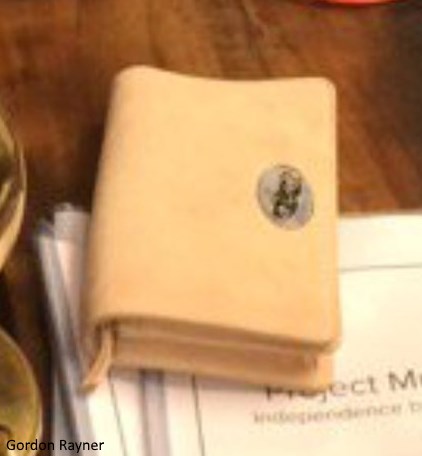 Kate shoes have not been definitively identified, but Middleton Maven suggests the Rupert Sanderson Calice Pumps as a contender. The $675 pumps come in a gorgeous soft pink.


The Duchess has been on a roll debuting four new pairs of shoes on this tour. Yesterday we saw Kate sporting the L.K. Bennett Fern Pumps, the Monsoon Fleur Wedges and the Prada Suede Wavy Strap Sandals. All fabulous additions to Kate's show collection and very versatile.

Kate completed with look with her Cassandra Goad Temple of Heaven earrings.

We have one other update to share with you before concluding the post. Many of you may have seen articles in the media in recent days covering Boman Kohinoor, a 93-year-old restaurant owner, who describes himself as William and Kate's biggest Indian fan. When he heard the royal couple were visiting, he knew he had to try to meet them. A YouTube video featuring Mr Kohinoor went viral, in which he offered the couple a feast fit for royalty.

And guess what happened before last night's gala? :) 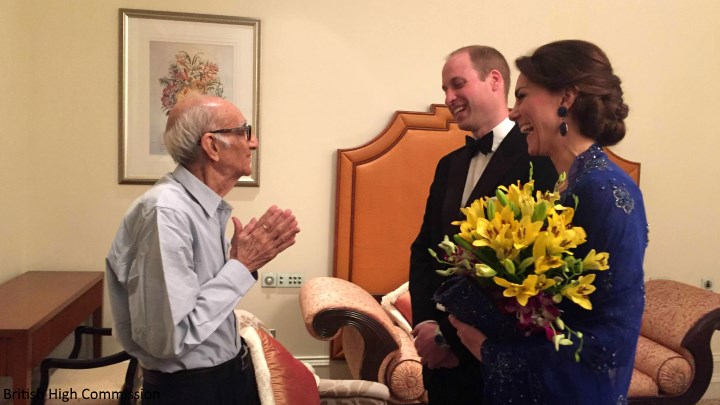 Boman spoke to CNN about the meeting:

'"I met Their Royal Highnesses this evening at the Taj. They were very kind and asked me about my restaurant and my favourite dishes there,” Kohinoor told Condé Nast Traveller in an exclusive conversation. “I told them about the berry pulao and how it’s made using my late wife’s recipe. They asked me if I could cook. I said no, but I serve my customers well. I told them: give my love to the Queen, and to [your] children Prince George and Princess Charlotte, too. I wish I had more time to speak, but I’m thankful for this opportunity. And I’m grateful to [Condé Nast Traveller] for putting that video on the internet because of which this happened."'


During royal tours with a precisely planned itinerary in place, we rarely see off-schedule events like this. I imagine KP heard about the video and William and Kate decided to meet him. It was a lovely gesture and made one royal fan very happy. :)

Next, The Duke and Duchess will attend a birthday party for Her Majesty The Queen at the residence of the British High Commissioner.
Posted by Admin at 07:40:00