We're back with news from the Our Queen at Ninety documentary, reports of a trip to Kenya and an exciting giveaway from Merci Maman.

Ahead of Sunday's screening of Our Queen at Ninety, nuggets of information and interview segments are being gradually released. In Kate's interview she revealed the gift she chose for Her Majesty for her first Christmas with the Royal family in 2011. Choosing a gift for the Queen is a daunting task, as Her Majesty is well known to prefer small, inexpensive items. 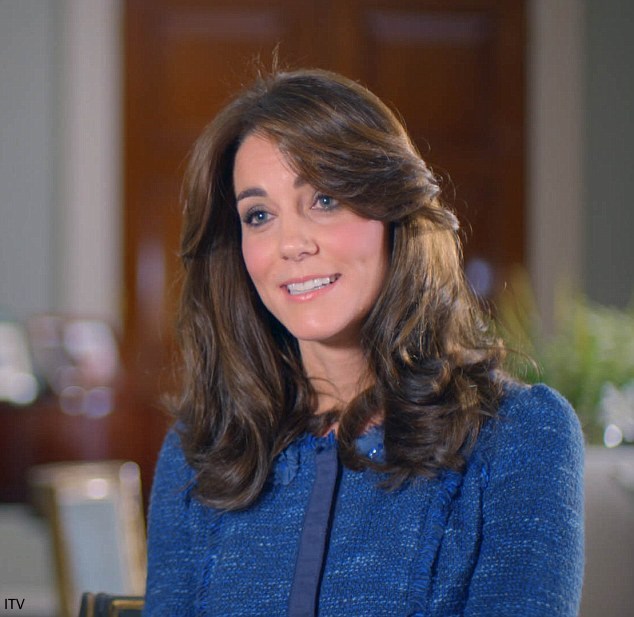 Kate turned to her grandmother's recipe for chutney. In the interview she revealed:

"I can remember being at Sandringham, for the first time, at Christmas. And I was worried what to give the Queen as her Christmas present. I was thinking, 'Gosh, what should I give her?' I thought, 'I'll make her something,' which could have gone horribly wrong, but I decided to make my granny's recipe of chutney.

I was slightly worried about it, but I noticed the next day that it was on the table. I think such a simple gesture went such a long way for me and I've noticed since she's done that on lots of occasions and I think it just shows her thoughtfulness, really, and her care in looking after everybody."


Several readers have been in touch enquiring about popular British chutney recipes. Luckily, I can do better that that and share the exact recipe thanks to Pippa. In her book Celebrate Ms Middleton shares the recipe for 'Granny's Marrow Chutney'. Pippa writes: "This is my granny's recipe which has been passed down the family. It's a great way of using up very big marrows, but use large courgettes if you prefer, or experiment with different fruits and vegetables following the same principles." 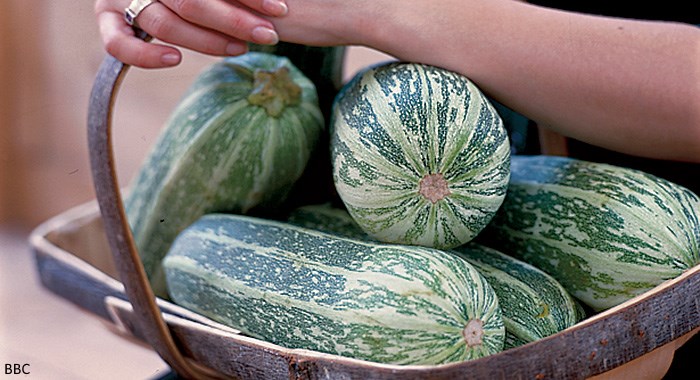 Pippa writes: "Put the chopped marrow, onions and apples into a large preserving pan, add the rest of the ingredients and the bag of spices and stir together, then place over a medium heat. Bring to a simmer, then reduce the heat and simmer gently for 1 and a half to 2 hours. Take the pan off the heat, cool and remove the muslin, squeezing the liquid from the bag. Spoon it into sterilised jars with vinegar-proof lids, filling them to within 1cm of the top. Store in a cool place for up to 12 months. Once open, store in a fridge, and use within one month." 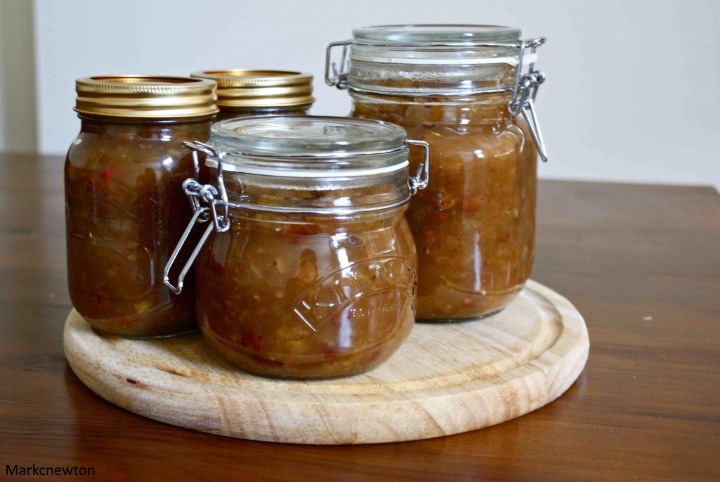 Do let me know if any of you attempt to make it. I may even give it a go myself over the weekend. For those who enjoy giving homemade gifts, it's a great option.

Below, we see additional video featuring Kate speaking about going to Leicester with the Queen without William, Her Majesty's 'gentle guidance', members of the family teasing her for speaking so long chatting on walkabouts :)

We'll be covering Kate's participation in the documentary in its entirety when it airs on Sunday night.

UPDATE: Prince William travelled to Kenya for a short private visit to attend the wedding of Jecca Craig to conservationist Jonathan Baillie on the 55,000 acre wildlife reserve run by Jecca's father, Ian, in the foothills of Mount Kenya. William famously missed Peter Philipps' in 2008 to attend Batian Craig's wedding.

The Palace confirmed William will be in Kenya from 24 - 27 March in the official press release:

'At the start of his short visit to the country, on Thursday 24th March, the Duke of Cambridge will attend a meeting with President Uhuru Kenyatta. The meeting is taking place at the request of Her Majesty's Government, and His Royal Highness is pleased to have the opportunity to meet the President while he is in Kenya. They will discuss the relationship between the United Kingdom and Kenya, to deepen relations between the two countries on a broad range of topics including defence and security, and conservation.

The Duke, who is President of United For Wildlife, will spend the remainder of the day seeing first-hand some of the longstanding conservation and anti-poaching initiatives taking place in Kenya, which are supported by Tusk Trust, the charity of which he is Royal Patron.

The remainder of this short visit to the country will be private.'


Below we see William with the President following their discussion which focused on their joint commitment to wildlife conservation. 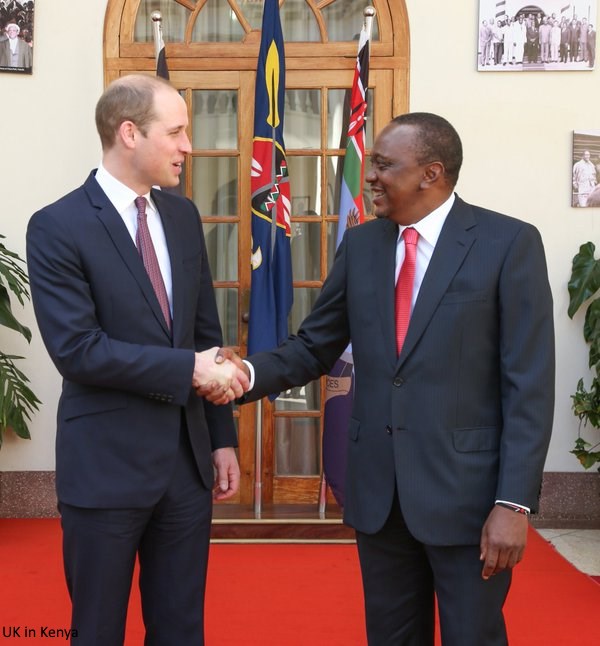 Richard Palmer reports the Duchess, George and Charlotte will spend Easter with the Middletons.

Now, time for something fun! The lovely folks at Merci Maman are giving away a very special personalised necklace you may be familiar with.  Back in October 2013, Kate was photographed out shopping wearing a new piece of jewellery - The Duchess Necklace by Merci Maman.


Kate's gold plated necklace has three charms: a disc engraved with 'George Alexander Louis', a heart engraved with 'W' for William, and the figure of a little boy.


When Merci Maman founder Béatrice de Montille discovered Kate wore her necklace, she told Hello! how thrilled she was:

'I was so delighted to see Kate wearing it. I see her as the most inspirational woman of our generation. Pippa sent us a lovely email in early 2012 thanking us for one bracelet we had sent her. So when Prince George was born, we asked her to pass on this gift for Kate and we are so thrilled she has worn it.'


Personalising pieces is one of the key reasons Merci Maman is such a popular choice for gifts to mark special occasions. Customers can choose their preferred metal, length, and number of chains. The Duchess Necklace retails from £79. Below we see it in silver on a shorter chain, and in gold on a long chain.


Customers can add a free gift box to their order and choose from a selection of lovely greeting cards.


French mum Béatrice de Montille crafted her first bracelet in 2007 from her kitchen table in London. Fast forward nine years, and she now works alongside a team of twenty in the company's London studio. ‘Merci Maman’ translates to ‘Thank you, Mum’ in English and is a nod to the creator's French origins and the original celebration of the mother and child bond. The brand is considered a 'go-to' for those seeking unique gifts.


Below we see the personalised £69 Tree of Life Necklace, the £39 Initial Necklace and the £99 Eternity Trio Necklace.

There's an array of beautiful, intricate designs as seen on the Arabesque Necklace which features a beaded effect on the front giving a textured feel. We also look at the very pretty Acorn Necklace.


Pieces featuring striking gems include the Gem Spinning Necklace, the Gem Spinning Rings and the Gemstone Cuff. These items can also be personalised with the added extra of choosing your own gemstone.


The £29 Liberty Bracelet is a lovely gift which comes in seven different liberty ribbons. Customise your own with a selection of charms, colours and metals available.


There's a collection of pieces for Christenings and Communions, including personalised medals and keepsakes.


One could browse all day... Back to the giveaway, if you would like to win your own personalised Duchess Necklace the entry options are:

Wishing all participants the very best of luck, and a huge THANK YOU to the Merci Maman team! :)

Before we leave you, we'd like to express our sadness at the terrible events in Belgium yesterday. Our thoughts and prayers are with readers in the area or those with family and friends there. Buckingham Palace released a statement in which Her Majesty revealed she and Prince Philip "have been deeply shocked and saddened by the loss of life and injuries after the terrorist attack in Brussels". I expect we may see the Cambridges signing a book of condolence as they did for the Paris attacks.
Posted by Admin at 20:40:00