The Duke and Duchess of Cambridge visited the mentoring programme of the XLP (eXcel Project) at London Wall this afternoon. 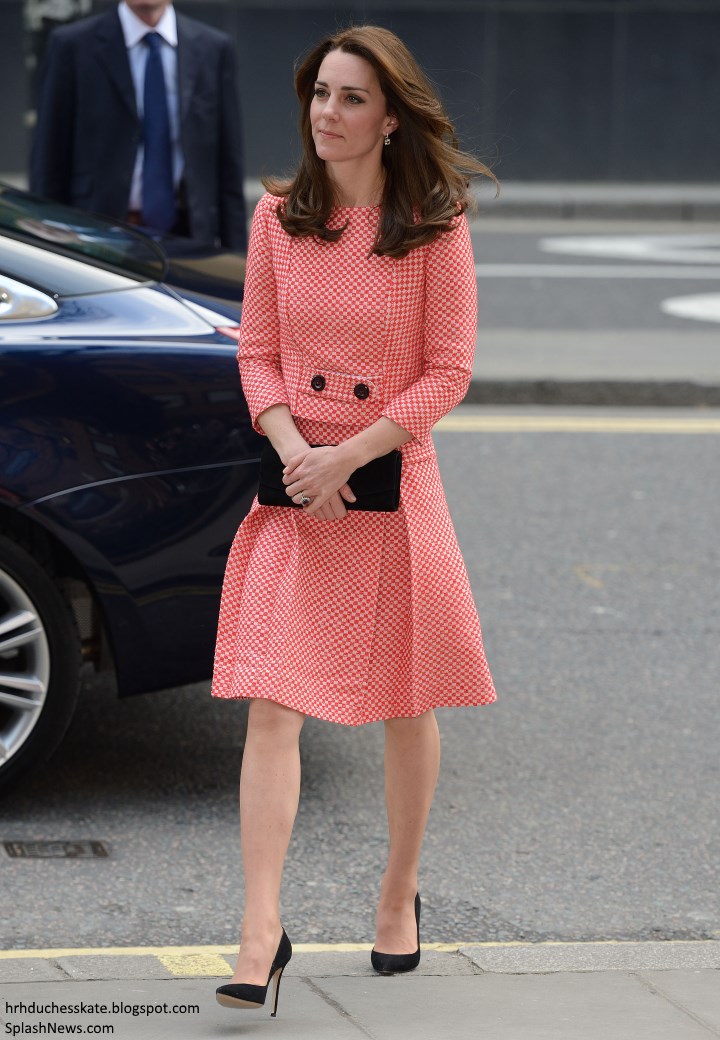 In March last year the Duke and Duchess visited the XLP project at Gipsy Hall and, clearly impressed by what they learned about the charity, decided they wanted to see another side of its work supporting vulnerable young people. 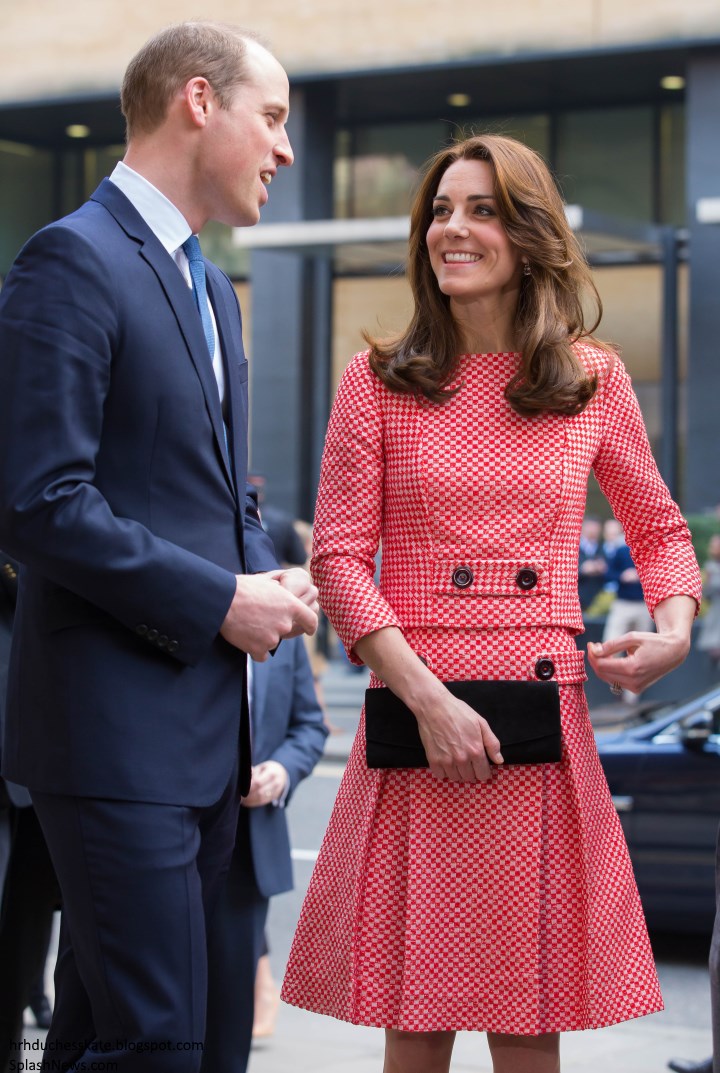 XLP works to create positive futures for young people from inner London boroughs and has been operating its XL-Mentoring programme since 2008. The programme is focused on at-risk young people who are facing exclusion from school, risk involvement in gangs and other anti-social behaviour. 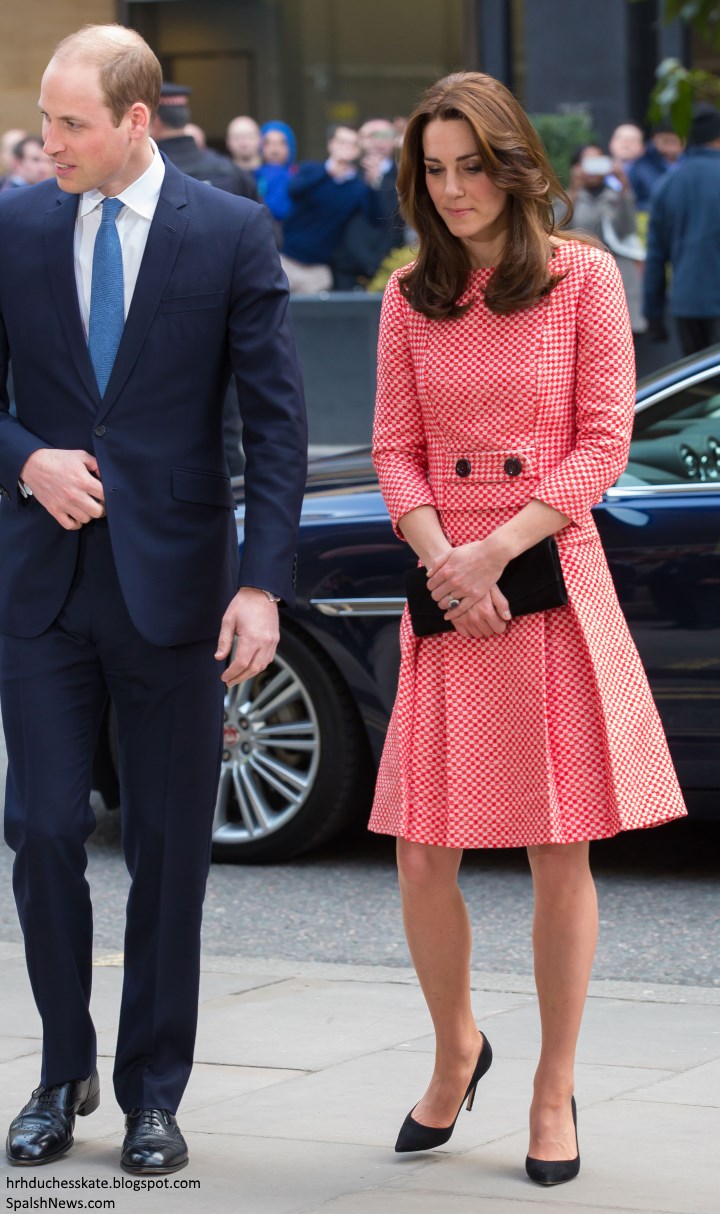 The young people taking part are referred to the project by their schools, pupil referral units, youth services and the police. They are then matched with a mentor – who commits to providing two hours face-to-face time each week for a minimum of twelve months. 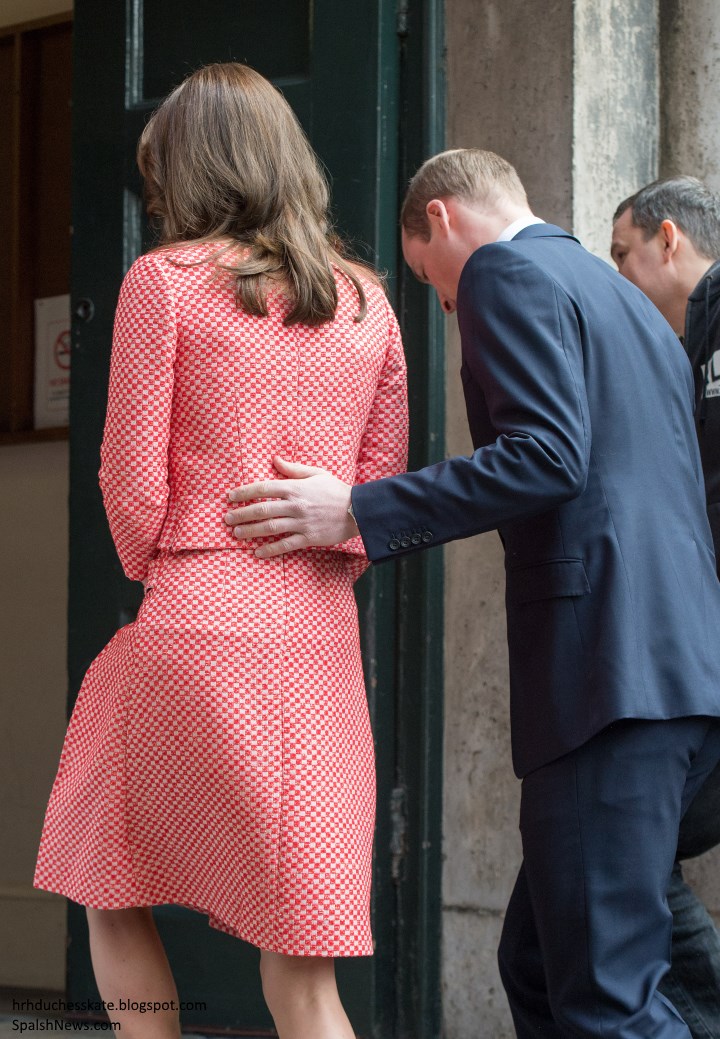 Mentors are drawn from the local community. They receive training and supervision from an experienced full-time co-ordinator, who manages up to twenty-five active relationships by supporting the mentors, mentees and families through the process. The results of the programme speak for themselves: over ninety per cent of beneficiaries have either remained in school or returned to school and are doing well after twelve months with a mentor.


The charity's website shares a number of stories from young people who have benefited from availing of the programme and having a mentor in their lives. 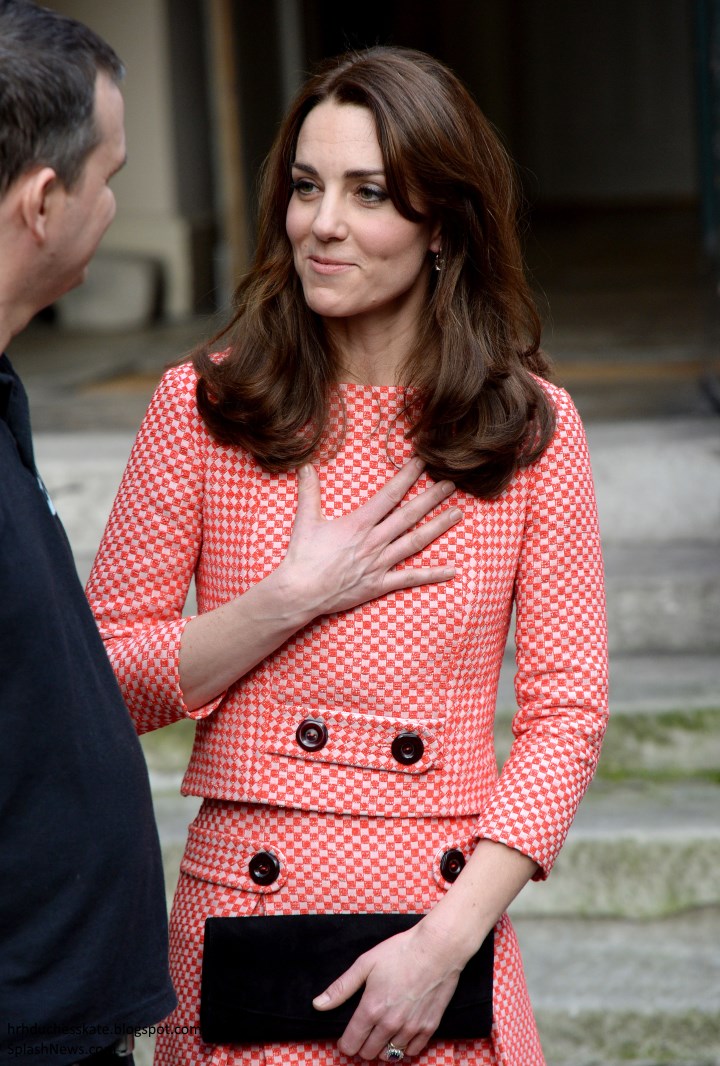 William and Kate met mentors and mentees who discussed their experiences of the programme and how it has helped them. Mentoring coordinators from around the country who have completed their training shared their reasons for wanting to help and how rewarding it has been for them thus far.


Among the topics discussed at the event were prison, homelessness, gun and knife crime.

The goal is to expand the project within London and to share expertise by operating a free training programme. Over a hundred organisations have already taken part in the two-day course for co-ordinators who are trained to run programmes and to train, in turn, their own mentors. 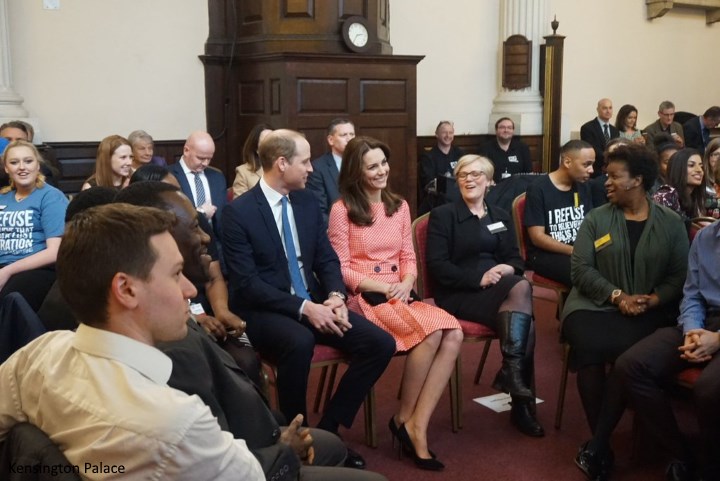 More from the Daily Express:

The Duke of Cambridge put his hand up and grinned when a charity official asked if anyone in an audience of young people and youth mentors had heard of the show, which ‎features a team restoring and customising old cars.

He and Kate heard how a former police riot van turned into a recording studio by the youth charity XLP had starred on the show in 2008. The royal couple saw it last year on a visit to the charity in Gypsy Hill, south London.

When charity workers offered him and Kate a couple of gifts, a picture and a record made by an inspirational young woman who had overcome clinical depression and an eating disorder‎,‎ William joked: "Do we get the van? I want the van."


A lovely shot of the couple.


The top features a boat neck and three-quarter sleeves while the skirt is A-line It's a beautiful outfit and I love the silhouette, the lines, and the gingham pattern. Eponine shared news the suit retails for £1200. It's very much a fresh Spring look reminiscent of Jackie O. and perfect for a day time engagement.

The womenswear brand is inspired by the elegant lines of the fifties and sixties. Founded by designer Jet Shenkman, Eponine was born from her passion for clothes with a unique, relaxed silhouette. Jet’s years of styling experience have equipped her with an expert eye for precision and an innate understanding of the female form. Every garment is designed and made in London for women who seek out individuality and who desire to be both chic and contemporary. Below, three retro styles from the current collection.


There's a lovely article in The Telegraph about the owner of the brand.

“Oh my goodness, it’s unbelievably nice,” Shenkman told The Telegraph of how it feels to have Duchess championing her label.

The mother-of-four - whose design studio is in her Kensington home - said it remains a mystery how Kate discovered her. But within hours of pictures of the Duchess emerging wearing Eponine, her small firm was inundated with emails and sales enquiries. “I have never experienced anything like this!” she added.

A mother of four, Shenkman’s studio is in her family home - giving an air of intimacy she thinks her clients like. “It can be a distraction from time to time, but I really enjoy it and am incredibly lucky to have a very supportive family who don't mind loads of women traipsing through the house,” she says of her children, who helped choose the name of her business after their favourite character in Les Miserables.'


The Duchess wore her black suede Gianvito Rossi pumps. Described as "sophisticated and elegant" they retail for $670 at My Theresa. 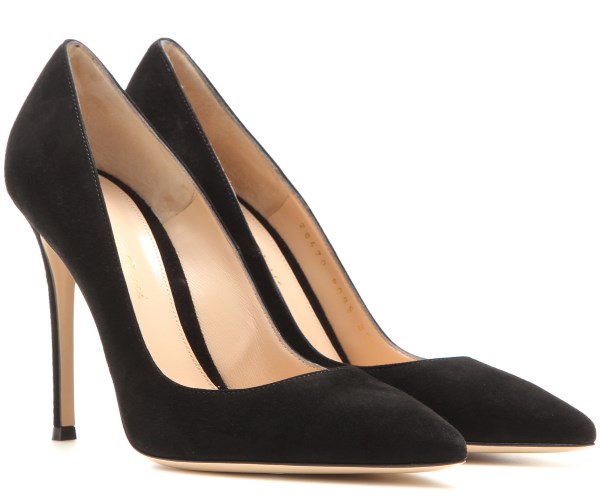 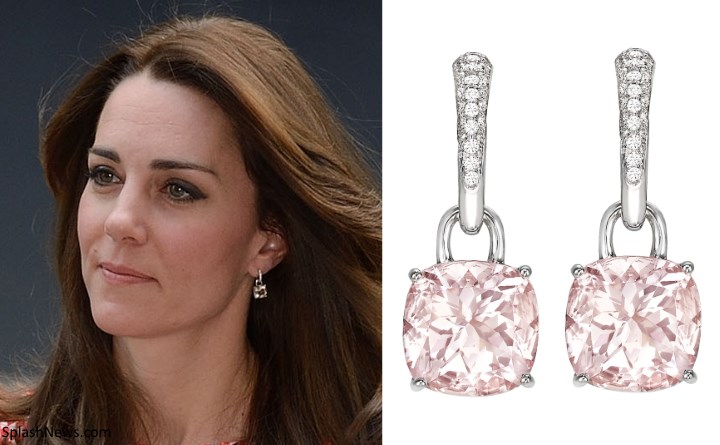 
You can watch a video from the engagement at ITN Source.There's a cute moment when Patrick Regan is giving a talk and compliments Kate, "you look absolutely wonderful this afternoon". Check out William's and Rebecca's smiles when he says it. :) 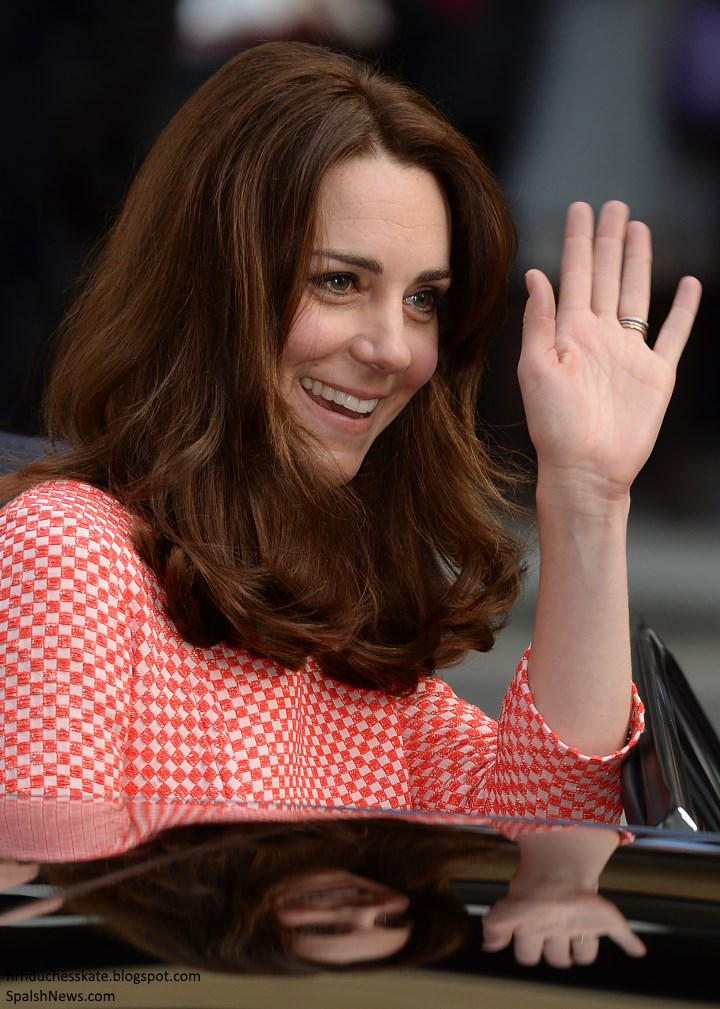 Also today, Kensington Palace announced Kate will open the new East Anglia's Children's Hospices charity shop in Holt, Norfolk next Friday, 18 March. The new shop will form part of EACH's portfolio of 21 charity retail outlets, and will play an important role in raising funds for the organisation, which largely relies on voluntary donations. The Duchess, who has been Patron of EACH since 2012, will be taken on a tour of the shop and will meet staff. The shop is located quite close to Anmer Hall.

The Palace also announced unexpectedly, Prince William will be attending the St. Patrick's Day parade and present sprigs of shamrock solo on 17 March. This is very surprising news as it has become something of a tradition for Kate to attend each year, and has been a longstanding tradition for a female member of the British Royal Family to do so. It is not known why Kate is not attending, however Richard Palmer tweeted "It was suggested to me that they wanted to get away from the expectation she'd do it every year.". 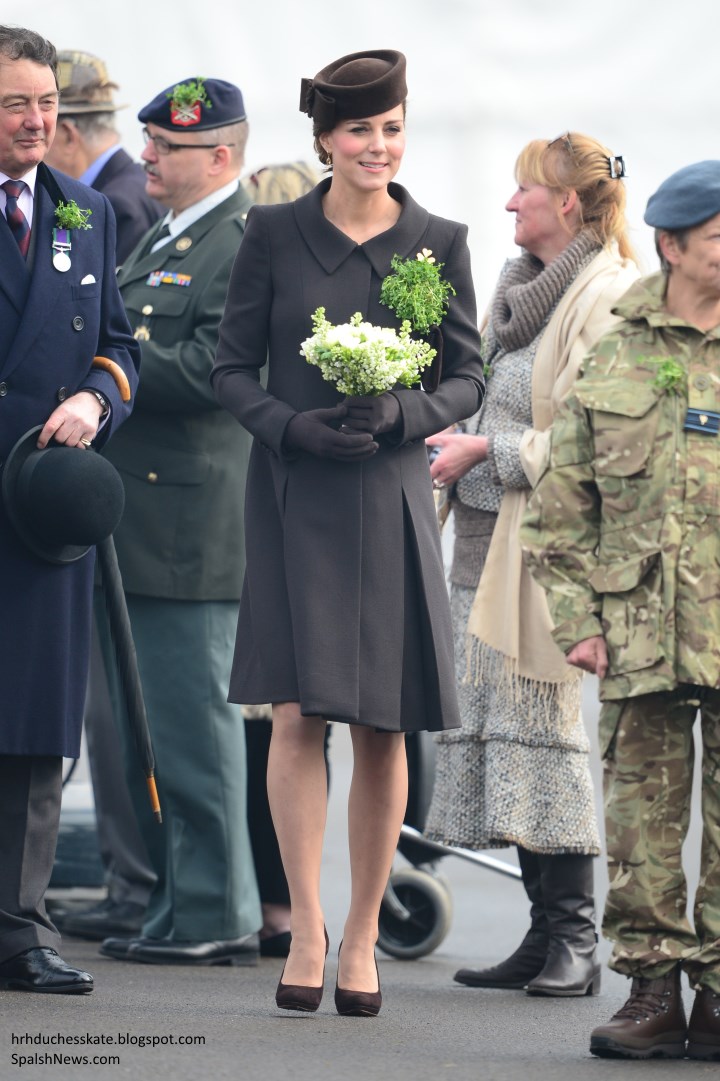 We'll see you on Monday for the Commonwealth service. We hope you all have a wonderful weekend :)
Posted by Admin at 16:21:00