The Cambridges Return to Anglesey for RAF Disbandment Parade

The Duke and Duchess of Cambridge returned to their former home of Anglesey, North Wales to attend the Search and Rescue Force Disbandment Parade at RAF Valley. The event marks William and Kate's first joint engagement of the year. 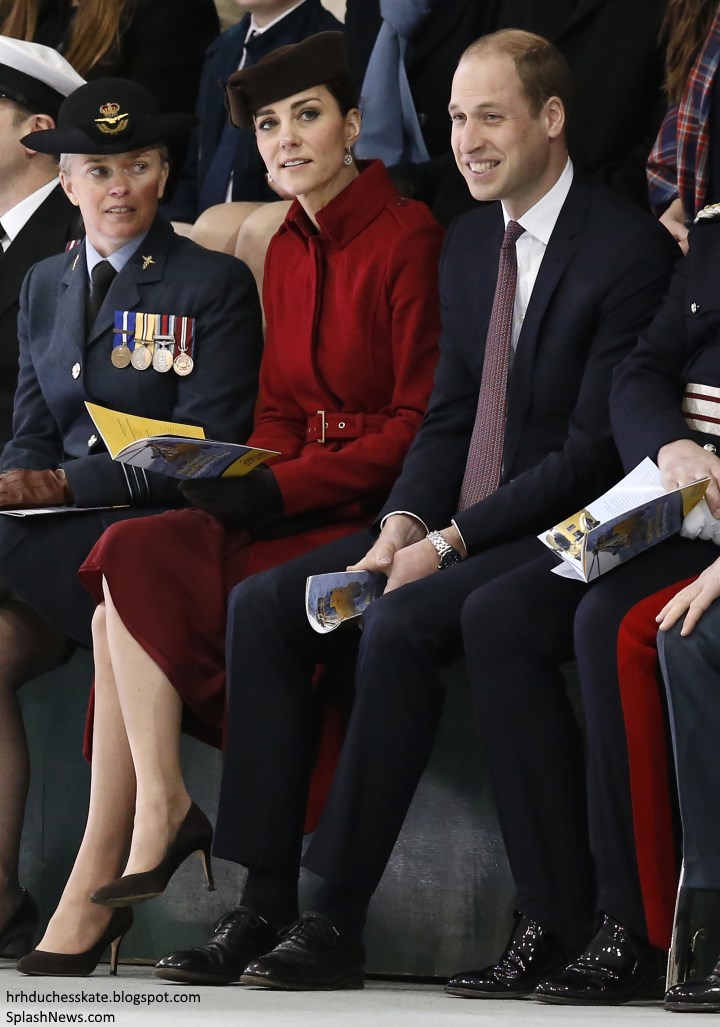 Fresh from yesterday's very successful day editing The Huffington Post to raise awareness for children's mental health, Kate was all smiles and without doubt immensely pleased by the success of the day. The couple travelled to Anglesey via helicopter and received a warm welcome upon arrival. 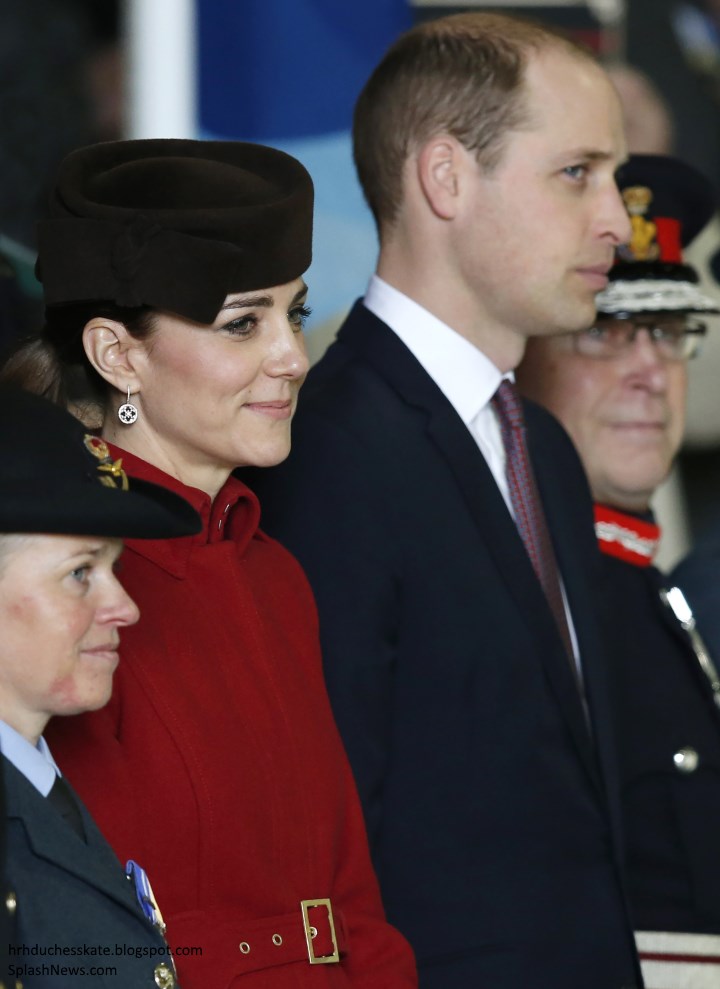 Of course, Anglesey holds a very special place in William and Kate's hearts. They shared their first home together - a four-bedroom rented farmhouse -  on the Isle for three years before and after they were married. When the couple left William said they would return "again and again". I expect it's important to them to support the people there, who afforded them privacy and respect during the time and perhaps they privately return on occasion. Today's visit also holds additional personal significance for William, who served as Flight Lieutenant Wales in the role of operational search and rescue pilot flying the Sea King helicopter. During that time, William undertook a total of 156 search and rescue operations, resulting in 149 people being rescued. 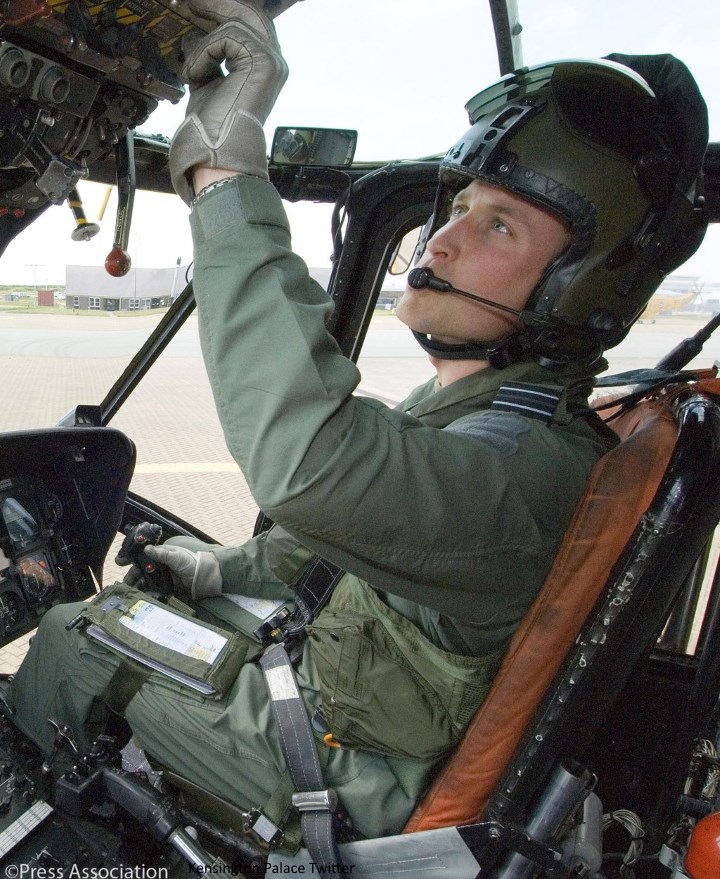 William and Kate looking through the ceremony programme. 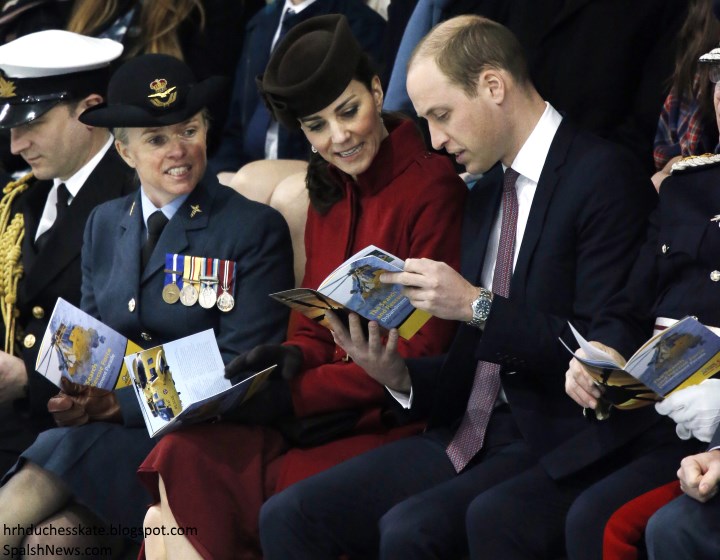 Today formally marks the end of the RAF's provision of search and rescue in the UK. Today's events offered the opportunity to commemorate the RAF SAR Force's exemplary service since its inception, and enable search and rescue members and their families to pay tribute to the force's achievements. The history of the RAF Search and Rescue Force is a fascinating one and their achievements are undeniable. The RAF SAR Force, formerly known as the RAF Directorate of Air/Sea Rescue, was formed in 1941 following the Battle of Britain, and grew to become an integral part of the Allied vanguard for the remainder of World War II. After the war, RAF squadrons were equipped with a newly invented helicopter, specifically modified for search and rescue operations, and saw their remit extended from assisting military personnel in distress to civilians, both on land or at sea. For over thirty years, the RAF SAR Force has responded to more than 34,025 callouts and rescued over 26,853 people. 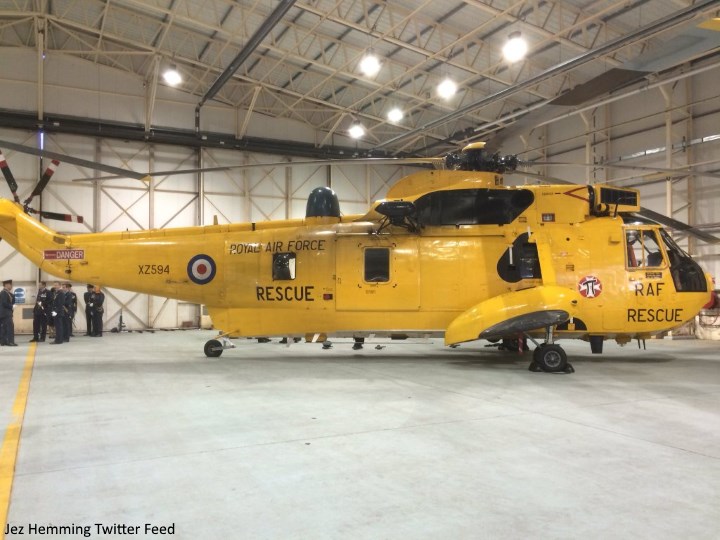 The service is now privatised and operated by civilian company Bristow Helicopters after it was awarded the contract by the Department of Transport in 2013. At the time, Prince William objected to the privatisation of the service and it was thought to have influenced his decision to leave the RAF. 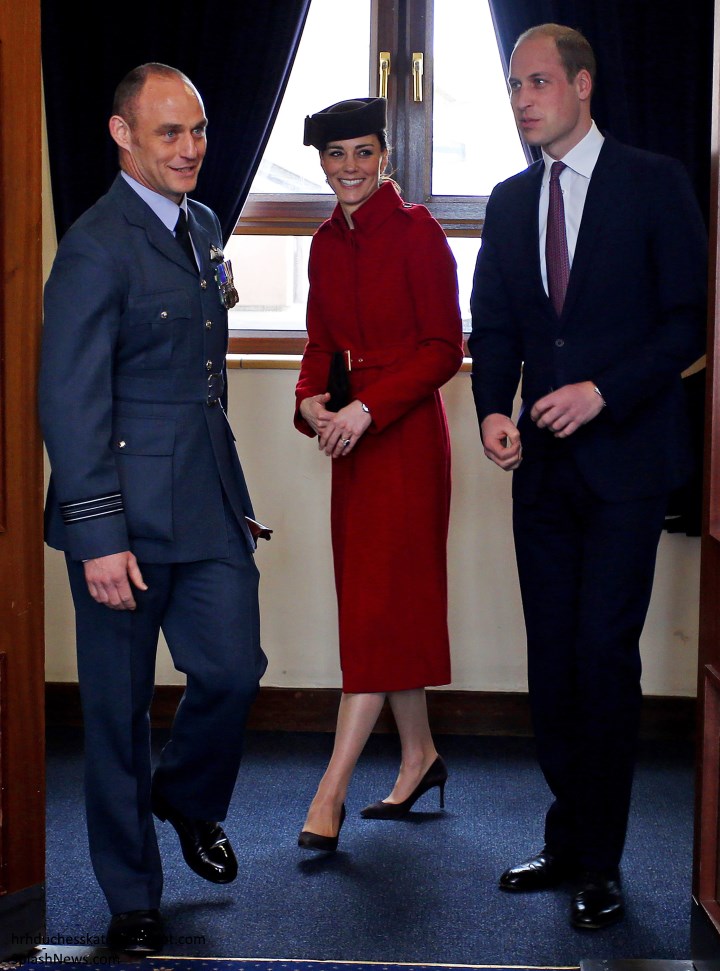 Following the parade, the Duke and Duchess met current and former search and rescue personnel at a reception held in the officers' mess, 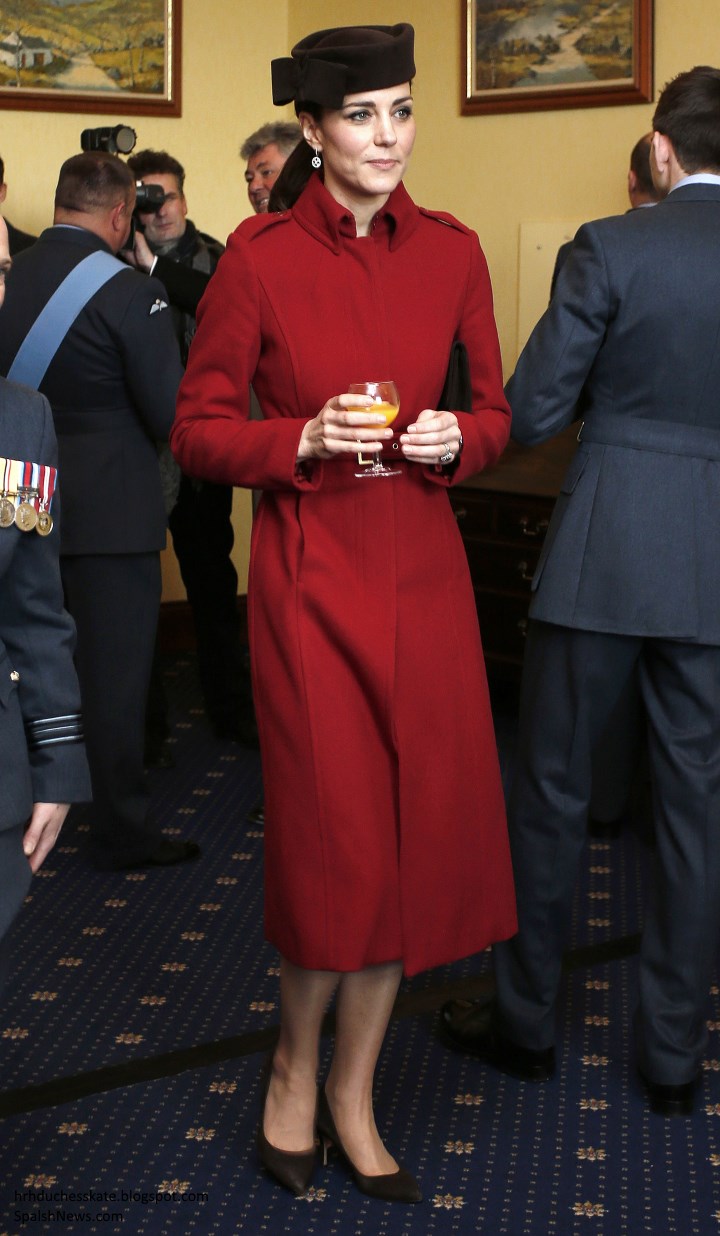 It offered a lovely opportunity for William to meet old colleagues. Wing Commander Sparky Dunlop spoke to the Mirror's Victoria Murphy and described William "as one of the family".

'He was not only up to doing it but he did more than that. When he was serving with us he was a very good pilot. I did his operational captaincy check, when jump from co-pilot to captain, and he was given a very tough check and he more than rose to the occasion. He would come on shift and do all the duties associated with going on shift. He would live and work with his crew, go on rescues with his crew, eat with his crew. He was just another one of the guys. He is one of the family and we wanted as many of the family to come back today and say goodbye.'


Kate mention her fond memories of Anglesey "It was such a special time for us, it was the start of our life together really". The RAF disbandment blade, taken from Sea King Har 3, was signed by all search and rescue staff. 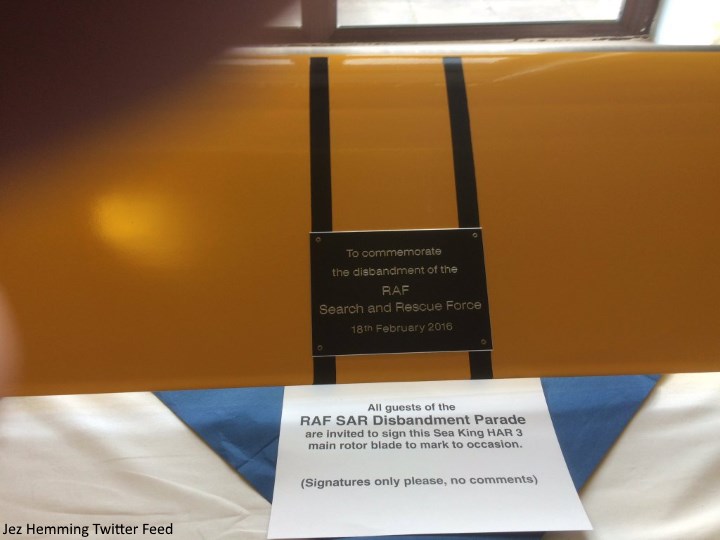 The Duchess brought back her L.K. Bennett 'Ami' coat for today's events. Kate debuted the piece during the couple's visit to Copenhagen in 2011, and wore it again for a Welsh Rugby Union game in Cardiff in 2012. 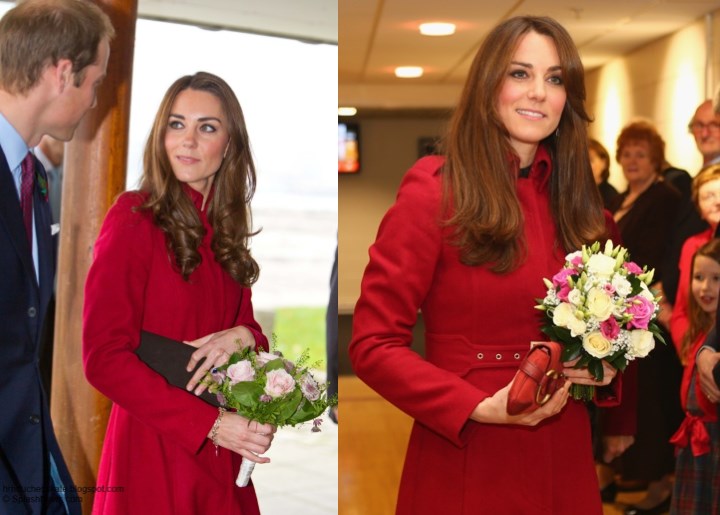 The 'Ami' is from L.K. Bennett's autumn/winter collection, features a high collar, front slit pockets, and originally came with a belt. The wool/nylon piece is a lovely garment, and obviously a favourite of Kate.


Kate wore her £245 Lock & Co 'Betty Boop' hat. The brown piece is a favourite of Kate and she's worn it numerous times for events including Christmas Day, St Patrick's Day and a friend's wedding in Switzerland.

Another look at Kate wearing the hat today. 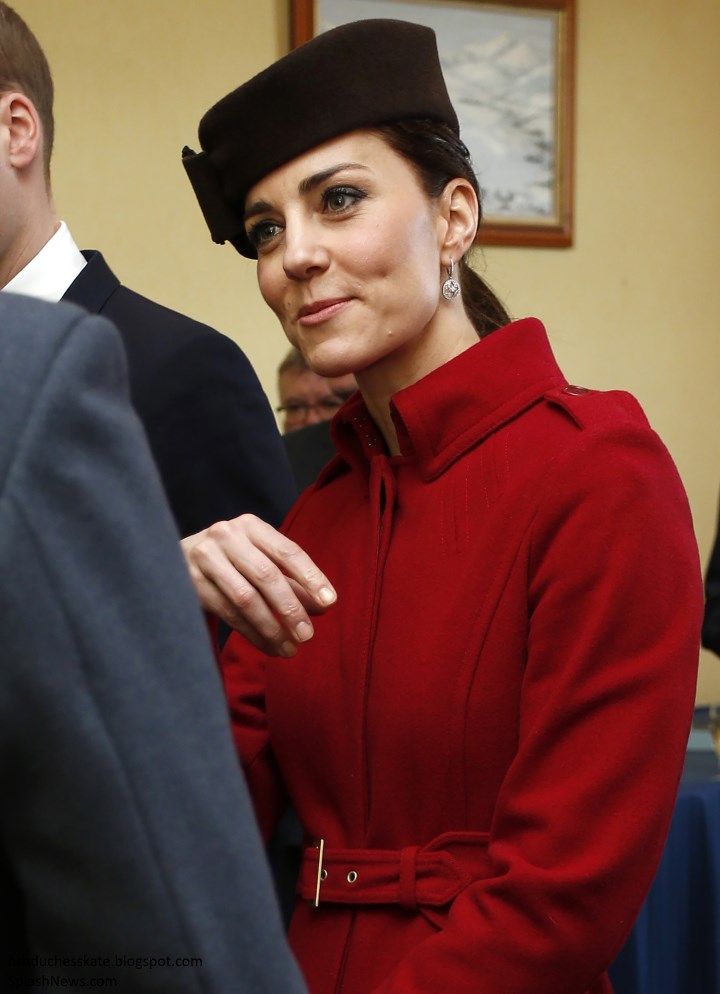 With thanks to Victoria Murphy for this shot of Kate's ponytail. 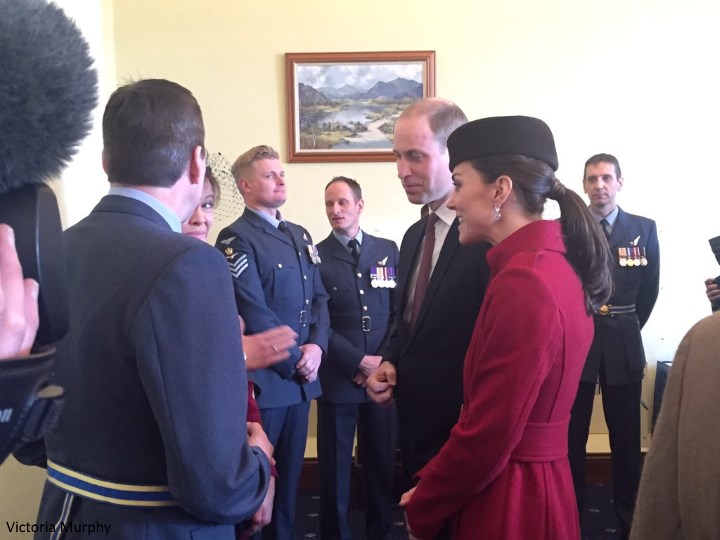 The Duchess accessorised with her Mappin & Webb 'Empress' earrings. The £3,450 earrings are described as "a stylish, elegant pair with 0.88 carats of round-cut brilliant diamonds set in 18 carat white gold".

Kate completed the look with a pair of  brown gloves and brown suede heels. I will update the post if better photos emerge and we can positively ID them. 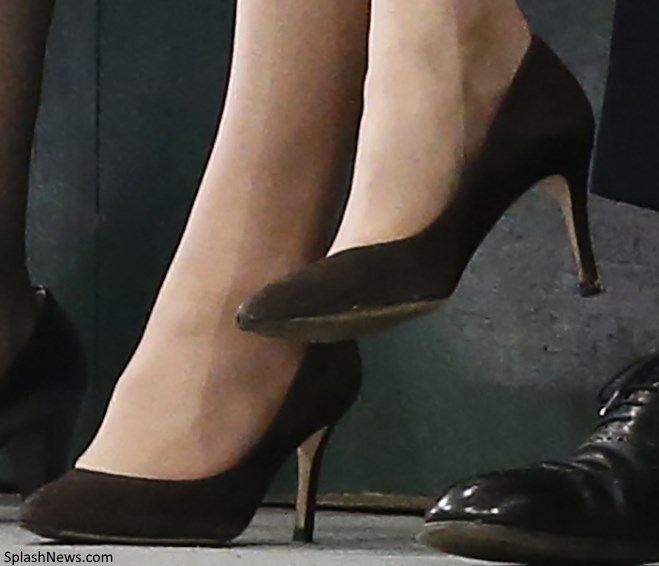 It was a lovely engagement for William and Kate and one I expect they very much enjoyed. Unfortunately, there wasn't a stellar selection of photos available from the event as only a very small number of the royal press pack were present, and with no fixed point for royal photographers there was limited variety in angles. You can watch a video from the engagement at ITN Source. :)
Posted by Admin at 13:39:00