Kensington Palace has just announced the Duchess of Cambridge - known as the Countess of Strathearn in Scotland - will visit three school-based charity projects in Edinburgh on Wednesday, 24 February. The Palace said: "The focus of the day is on the valuable partnerships that exist locally between charities, communities and schools to deliver a range of integrated programmes and sport." 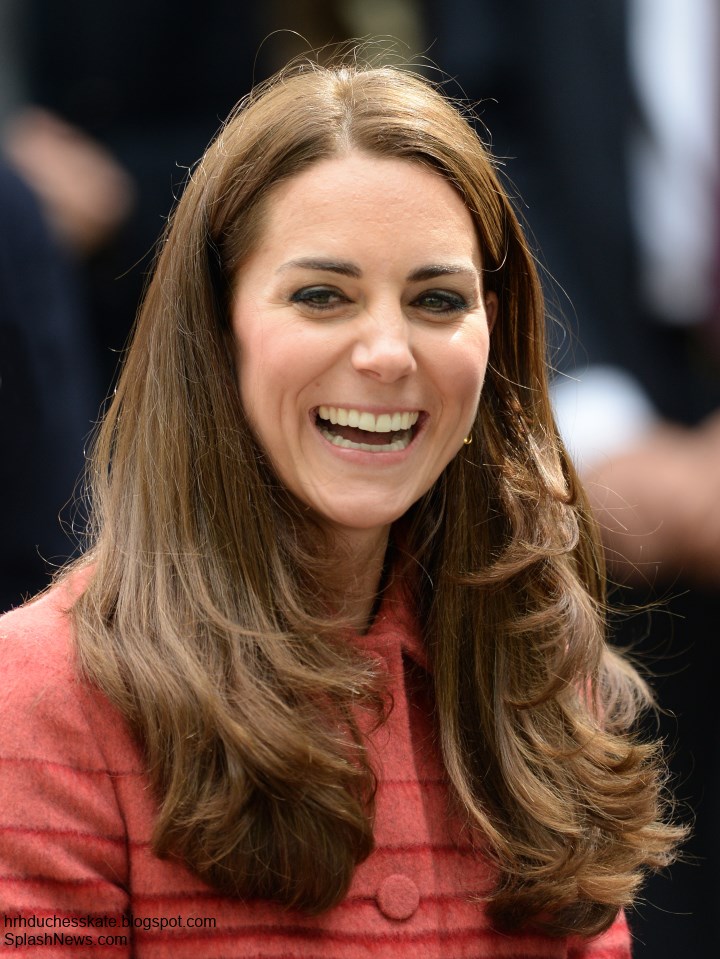 An interesting aspect of the day - two of the three schools Kate will be visiting have a connection with her patronages. The Duchess' first stop will see her visit St Catherine's Primary School to see some of the charity's work to improve the emotional wellbeing of pupils, parents and families in Scotland. Kate will join headteachers to discuss the benefits of having a partnership with Place2Be. 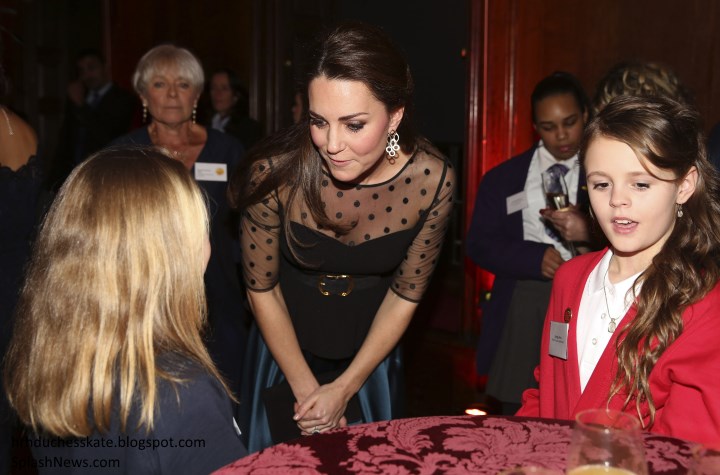 More on Kate's second engagement of the day from the press release:

'The Duchess of Cambridge, Royal Patron of The Art Room, will visit the charity's first studio in Scotland at Wester Hailes Education Centre. The Art Room's presence in Edinburgh represents a new phase in the charity's growth. In addition to providing an Art Room studio offering therapeutic intervention to children and young people, the charity is working closely in partnership with local support agencies in the area to maximise the impact of its work within the community in Wester Hailes.

Upon arrival, Her Royal Highness will be welcomed to the art studio by students who are working on a Frida Kahlo project. The Duchess will then join practitioners, school representatives, local stakeholders and members of the wider community for a roundtable discussion about the role and impact of the charity's presence in the area.'


The day will conclude with a visit to Craigmount High School to participate in a 'Tennis on the Road' coaching workshop with British number one Andy Murray's mother, Judy Murray. It's a fantastic initiative created to increase coaching in Scotland and grow tennis at a grassroots level. It's tailored to teach the basics of the game to parents, teachers and volunteers to help children develop core skills.


We know Kate is a huge fan of tennis and indeed a keen player (one royal reporter was told "she wipes William around the court") and of course it is believed the Duchess is set to become patron of Wimbledon during the tournament this summer. Kate will join Judy for a demonstration on the day and it promises to be a great engagement; we can look forward to a selection of fantastic photos! 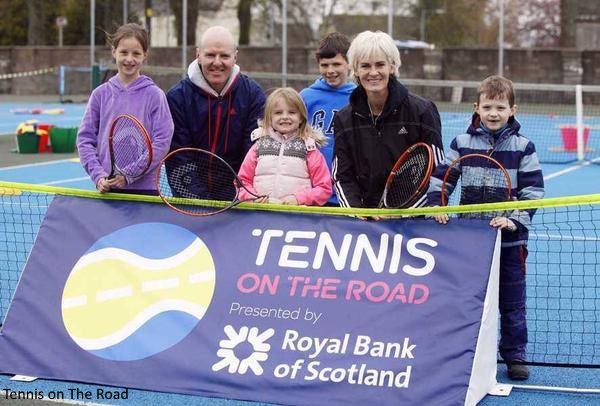 The itinerary of the day is very well planned to encompass children, two of Kate's patronages and rounds up with support for a new tennis initiative. It's also planned to allow the Duchess to gain feedback on the work of her patronages and the impact they are having on the ground.

It's no surprise to see mental health as a theme of the day; last Friday Kensington Palace tweeted: "The Duchess will continue to support Children's Mental Health Care in the months and years ahead." I think it took Kate quite a while to find the right area for her - one she felt she could commit to long term and make a difference in. Like William with conservation and Harry with the military, supporting children's mental health is something Kate is clearly passionate about.

Also in calendar updates: plans for members of the royal families participating in the Somme Centenary Commemoration were announced. The Duke and Duchess of Cambridge and Prince Harry will attend events in France on 30 June and 1 July. The Battle of the Somme was one of the largest battles of World War One - lasting four months and with more than one million men killed or wounded. There are a number of events going on during the aforementioned dates - including services and a parade - I expect to see the royal trio attending. 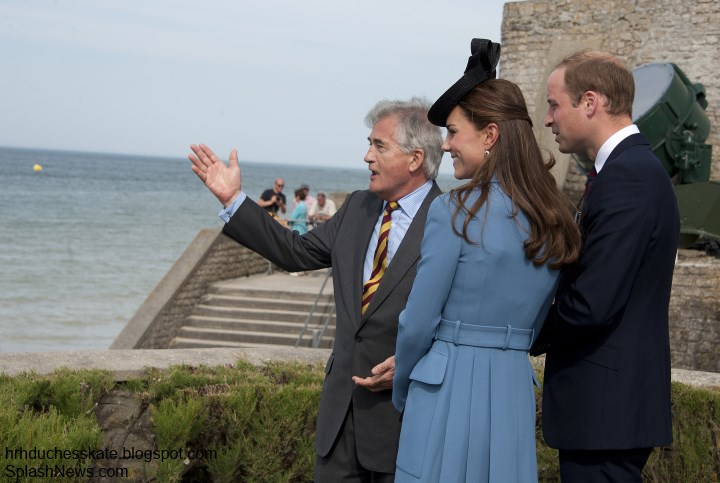 The Queen and the Duke of Edinburgh will participate in a vigil at Westminster Abbey while the Prince of Wales, the Duchess of Cornwall and the Duke and Duchess of Gloucester will also travel to France on 1 July. We'll keep you updated as information on the itinerary becomes available.

Earlier today, Prince William marked the first anniversary of the Foreign Offices Diplomatic Academy, set up as a centre of excellence to school diplomatic staff. During a speech he praised the Queen's role in foreign relations: "As The Queen approaches her 90th birthday, it is worth reflecting on the unparalleled roles she played in foreign relations." 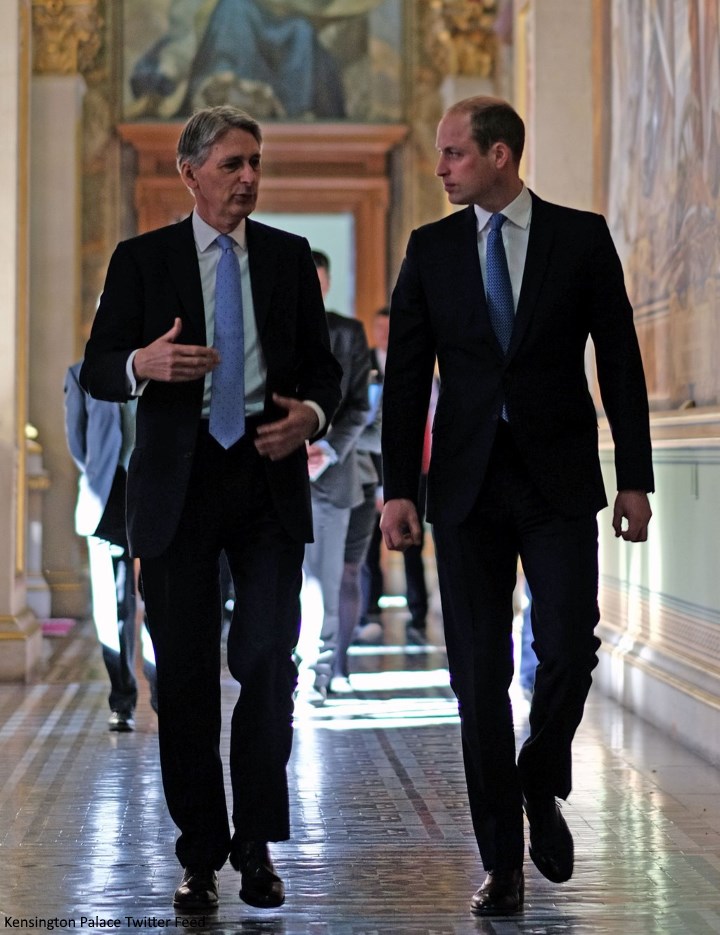 The remainder of William's speech has caused quite the controversy in the press today as the Prince was accused of wading in on the politically sensitive EU reform package. More from the Express:

'In a speech to British diplomats at the Foreign Office, Prince William spoke out in favour of the political and economic benefits of working with other countries in international institutions.

He did not mention the European Union by name but his remarks at such a sensitive time drew comparison with a speech that the Queen gave in Germany last year that upset some Eurosceptic MPs.

"In an increasingly turbulent world, our ability to unite in common action with other nations is essential. It is the bedrock of our security and prosperity and is central to your work," he told the diplomats. "Right now, the big questions with which you wrestle - in the UN, NATO, the Middle East and elsewhere - are predicated on your commitment to working in partnership with others.'


Kensington Palace denied the speech was in any sense an intervention noting the word "Europe" wasn't mentioned.

It's that time of year again... As 2016 gets firmly underway, designers are showcasing their autumn/winter 2016 Ready-To-Wear collections. One of Kate's favourite designers, Jenny Packham, has been hitting the headlines for her latest runway offering with Vogue noting: "Each dress she sent out seemed destined for a night on the town."


There's no denying there's very much a disco vibe to the collection. It was influenced by Ross Whitaker's party photos from Paris during the 1980s. Packham was inspired to "infuse her clothes with a newfound energy".


The embellishment and sparkle we have all come to love from the British designer was there in abundance but unlike previous collections there isn't a dozen looks jumping off the page (web page?) and screaming Kate. I'm thinking the Duchess may opt for more bespoke pieces rather than ready-to-wear with this collection.


Of course, there were sweeping gowns included too...


It's always interesting to see designers offering a fresh take and bringing something new. In terms of Jenny Packham's collection one aspect I am missing is the usual abundance of jewel tones, this time around she favoured shades such as lemon, poppy and blush.


What do you think of the collection? Do you see anything you'd like to see Kate wear?

As you know Kate's engagement with The Huffington Post is tomorrow! The Sunday Times revealed a little more info than previously reported including the following titbits: