We're back with news of Kate's first engagement of 2016!

Kensington Palace announced the Duchess of Cambridge will attend a church service at St Clement Danes Church in London on Sunday, 7 February to mark the 75th anniversary of the RAF Air Cadets. The event will be Kate's first engagement in her new role as Honorary Air Commandant of the organisation. You will recall Prince Philip passed the patronage on to Kate in December, on the same day as the Queen's pre-Christmas luncheon.


Following the service Kate will attend a reception held nearby at the Royal Courts of Justice. This is an opportunity for the Air Cadets to introduce their new Patron, and for the Duchess to learn more about their numerous programmes and activities by meeting a selection of current cadets, veterans and adult volunteers. The Palace noted the Duchess's visit "will be the first in a series of RAF Air Cadet events planned  throughout the year to celebrate the organisation's work and history". 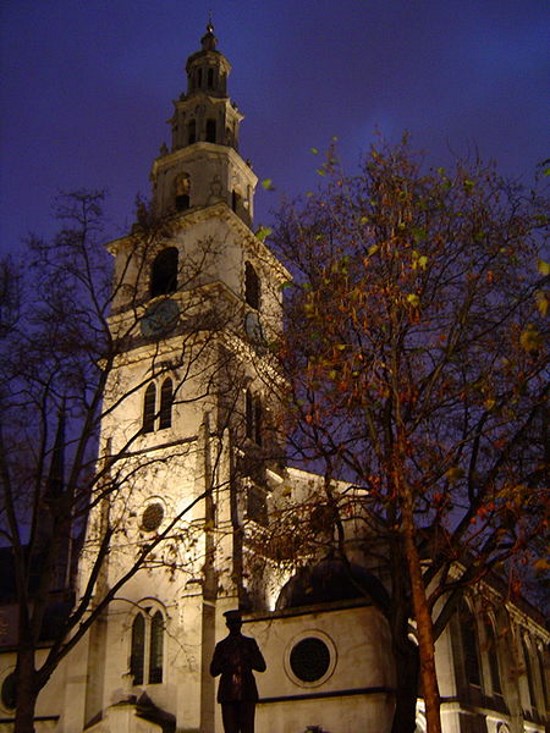 'The RAF Air Cadets, which is made up of the Air Training Corps (ATC) and Combined Cadet Force (CCF), promotes a practical interest in aviation among both young men and women, providing training and encouraging the development of life skills including leadership and teamwork. The organisation currently comprises 42,000 air cadets aged 12-19, and 15,000 adult volunteers across the UK and abroad.'


There has been great excitement among the organisation regarding Kate's patronage. Below we see HRH on the cover of the latest issue of Air Cadet Magazine. You can read it here.


It's great to see an engagement announcement and the event will give Kate a chance to become acquainted with the organisation. It's a pivotal year for the Air Cadets and a very important milestone deserving of celebration. I look forward to seeing Kate supporting them in the coming months. Will we see Kate before then? I don't expect so, at least not in an official capacity, however, there were reports claiming (not confirmed) she has recorded a video message in support of Children's Mental Health Week. If true, I expect the video will be released over the weekend of 6 - 8 February. Potentially the same day as her engagement with the cadets.

Next, we're moving on to all things fashion related! The Duchess surprised us all when she selected a lace dress by Italian brand Dolce & Gabbana for an event with the president of China and his wife. Shortly afterwards, Kate wore a very similar dress in black for the Festival of Remembrance. I've mentioned before that I suspect this is a fashion relationship we'll see continue to grow. Unlike Kate's favourite labels, including Alexander McQueen and Emilia Wickstead, the brand's off-the-rack pieces work perfectly for her, and are very much in keeping with her style meaning she doesn't need to order bespoke pieces regularly. 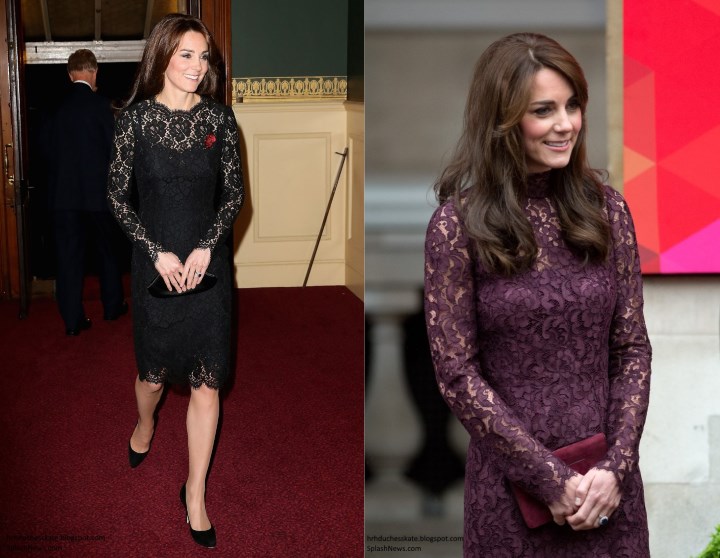 The Dolce & Gabbana dress has become something of a royal staple. Below we see Crown Princess Mary in two elegant frocks by the brand; Queen Letizia in striking green; and Queen Máxima, Crown Princess Victoria and Princess Madeleine. 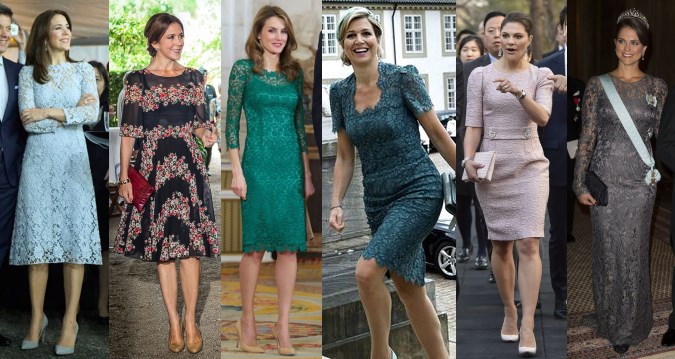 The Duchess is more than likely already preparing her wardrobe for the spring tour of India and Bhutan and will be selecting a variety of designer pieces: both ready-to-wear and bespoke commissions. Looking at Dolce & Gabbana's spring 2016 campaign, it's full of vibrant hues and prints, telling the story of "fruit stalls, small shops, spaghetti, coffee, family, sunshine, and summer. In one world, 'Italy'.

One of these glamorous, showstopping gowns would look 'princess perfect'. If the dress on the far left looks familiar, it appears to be the same one actress Kate Bosworth wore to the Golden Globes.

Looking through the current collection there's a plethora of pieces that are 'very Kate' including the Fitted Floral Lace Dress, the chic Square Neck Dress, the Embellished Daisy Dress and the Floral Lace Midi Dress.

As one would expect, pretty prints dominate the collection. Below, we see the Daisy Macramé Lace Midi Dress, the Floral-Print Cotton and Silk Blend Dress, the Striped Poplin Dress and the Daisy-Print Brocade Mini Dress.

Dolce & Gabbana's timelessly glamorous takes on the classic LBD include the Off-the-Shoulder Dress, the Embellished Stretch-Crepe Dress and the Cady Mini Dress.

Stylish separates include the Crystal Daisy Crepe Cape, the  Embellished Button Jacket - which would look great with a matching pencil skirt - and also the vivid green Lace Top.

Three more looks: I love the combination of the Tie Neck Blouse and lace skirt. The Tweed Sheath Dress and the Crystal Button Wool Crepe Dress are also elegant possibilities.

We also take a look at one of the label's signature lace gowns. It is described: "With its vivid pink hue, sheer construction and unexpected open back, this floor-pooling cordonetto lace gown is at once elegant and electrifying."

What do you think of the brand? Would you like to see Kate in more of their pieces?

Finally, a quick word on significant discounts on two of Kate's favourite pairs of wedges. The Stuart Weitzman Minx Wedges are reduced from $425 to $213 on the Stuart Weitzman website. The Minx have been a popular choice for the Duchess for a variety of events, from polo to royal tours, in recent years.


There's also a 50% saving on the Stuart Weitzman Corkswoon Wedges. The blue suede wedges are discounted from $398 to $199. As of publishing the post both pairs appear to be available in most sizes.

If the Cambridges are joining the Middletons for their annual holiday to Mustique, we should hear about it over the next few days. They usually travel towards the end of January. We'll update if any news emerges. Until next time, have a lovely weekend! :)
Posted by Admin at 22:12:00