Over the course of the month you have voted for Kate's best sartorial selections of 2015. As always, it was fascinating to see your favoured pieces along with your votes for Kate's stand out designer of the year, and of course I was very eager to see your winning choice of tiara. Without further ado,  let's get to it - our annual Kate Fashion Awards winners are... 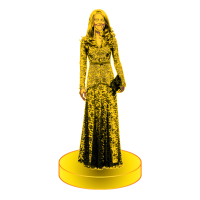 Whilst 2015 was a quiet one in terms of royal appearances, Kate still debuted a number of striking coats, adding to her already fabulous collection. The winner of the Best Coat award goes to the bespoke cream Alexander McQueen coatdress the Duchess wore to Princess Charlotte's christening. It's a timeless piece and a very worthy winner. 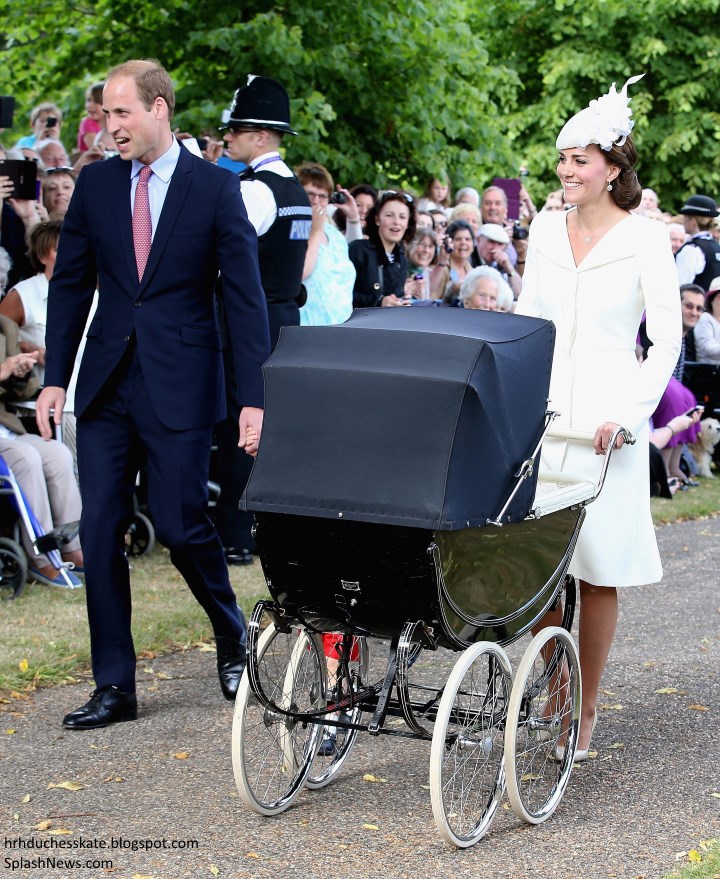 It was our closest poll yet - with just three votes separating our winner and your second choice - Kate's blue bespoke Christopher Kane coat worn in Scotland in October. 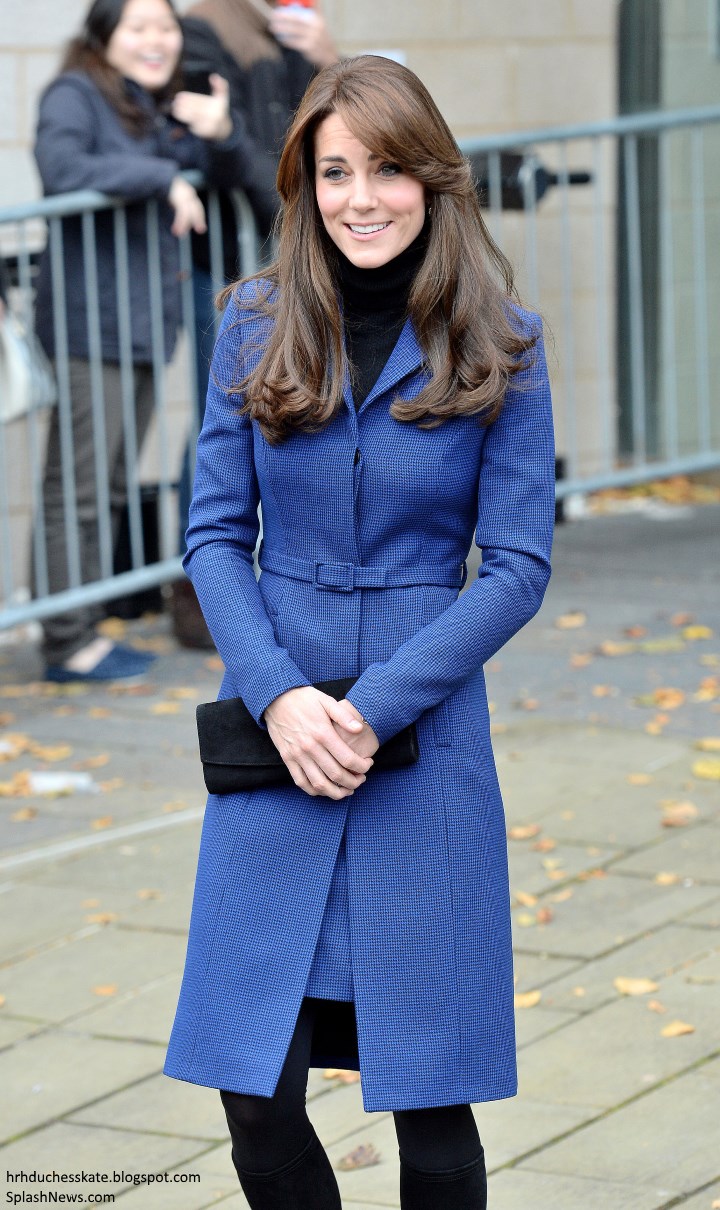 A look at the results; showing just how close the vote was.

The least popular options were the blue SportsMax coat, the Hobbs 'Celeste' and Kate's black coat which was designed by her private dressmaker. With the latter two, they are both repeats. In the case of the Hobbs Celetse it has been seen many times over the past several years - a factor which may have accounted for its low votes. 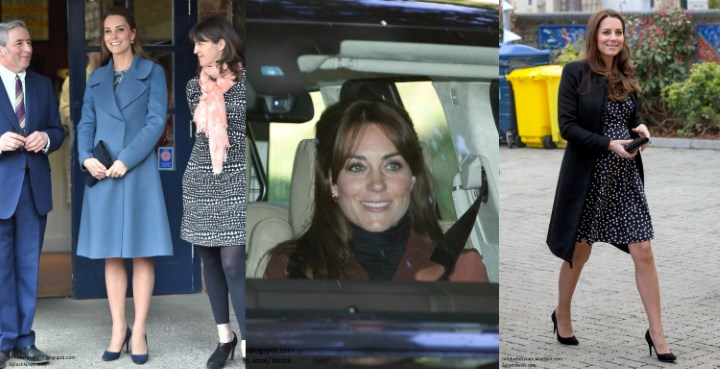 Whilst the coat poll was a close race, it was a very different affair when it came to voting for Kate's best evening gown. With almost 50% of the vote, the sparkling red Jenny Packham gown the Duchess wore for her first state banquet is your winner. There was so much to like about this look: the symbolism of the colour, the very princessy style, and the fact it was beautifully complemented by an elegant updo and tiara. 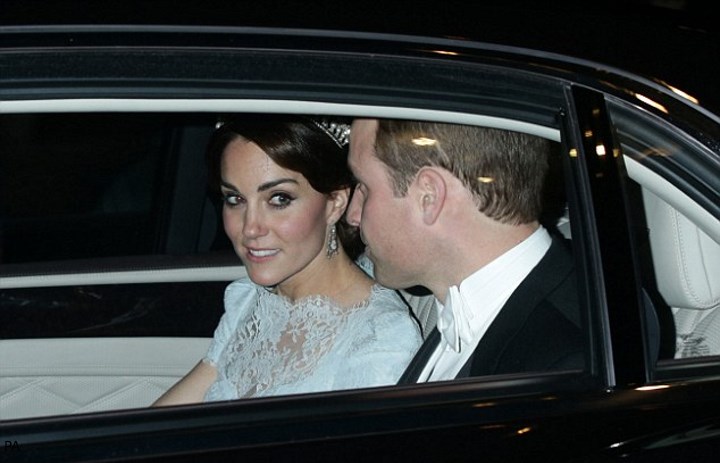 With twenty possibilities in our 'Best Dress' poll I suspect it may have proven one of the most difficult decisions, and I know I had three or four clear favourites from the year. The award for the Best Dress of 2015 goes to very sophisticated 'Eaton' dress by The Fold London. The structured garment with peplum detail offered a professional, chic look for the Duchess without appearing "too old" for her. The Fold is a fantastic British brand and one I hope to see Kate champion in the future. 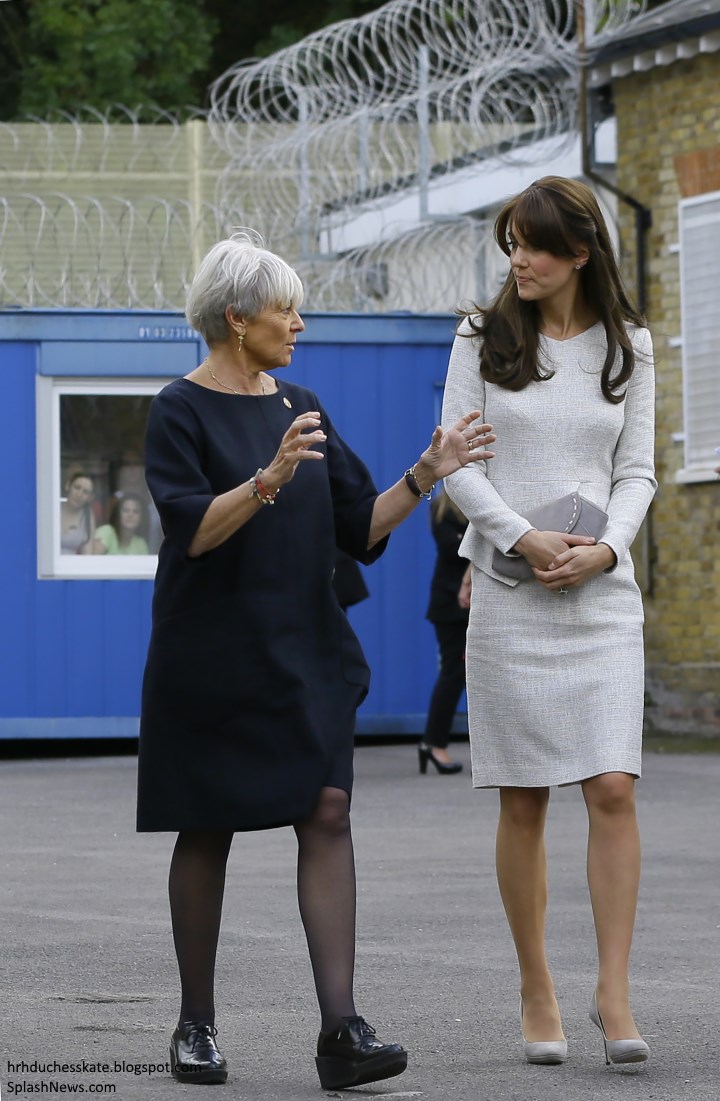 In second place we have the Dolce & Gabbana Guipure lace dress Kate wore for a creative industry event during the state visit. On the day, many felt the Duchess was overdressed but in hindsight it's proven very popular indeed. The third spot is taken by the summery Jenny Packham frock Kate wore when she left the hospital with Charlotte. 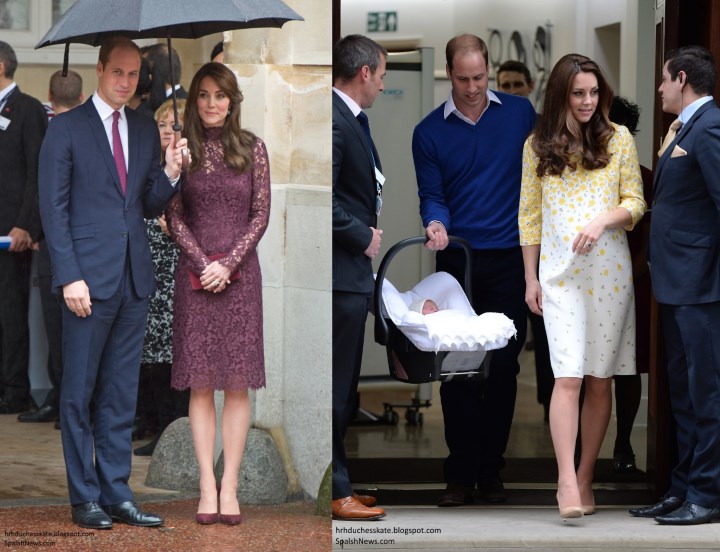 With a meagre seven votes the Hobbs Animal shirtdress was the least popular option. 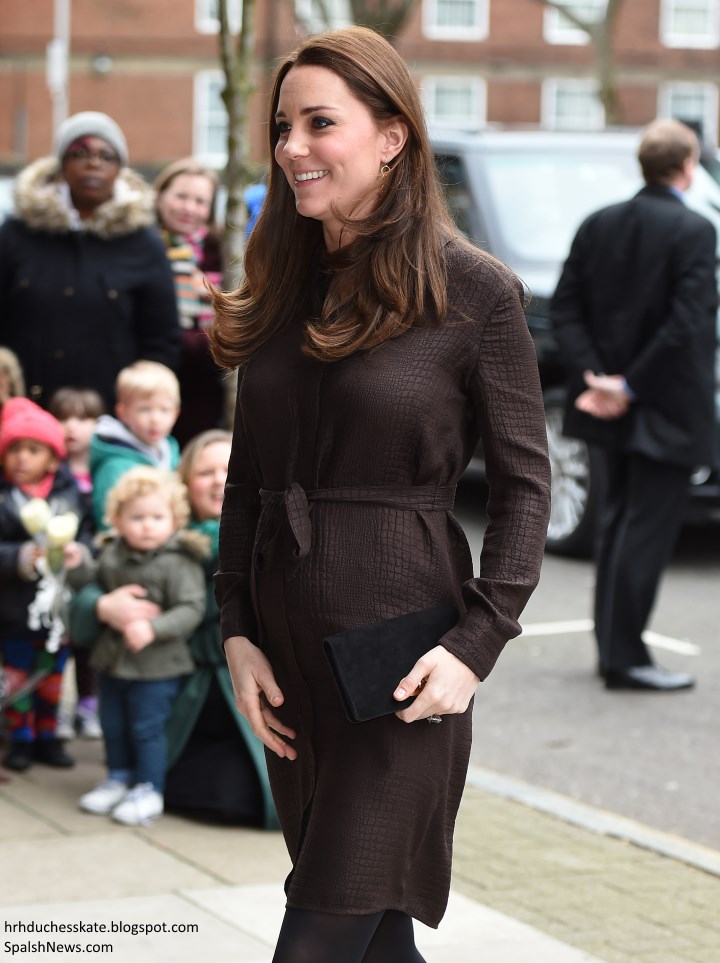 The awards for Best Separates Look goes to the Christopher Kane bespoke slim-fitted, dogtooth wool, tailored coat and mini dogtooth wool kilt. The popularity of this look is undeniable, and in fact, I would say it's arguably Kate's Best Look of 2015. Looking through photos of the day one possible reason for this was clear: this is very much reminiscent of 'Kate Middleton's style', in the months before and after the royal wedding particularly, and I feel that's one of the reasons readers are so fond of it. The boots, shorter skirt and stylish coat are very, very Kate. 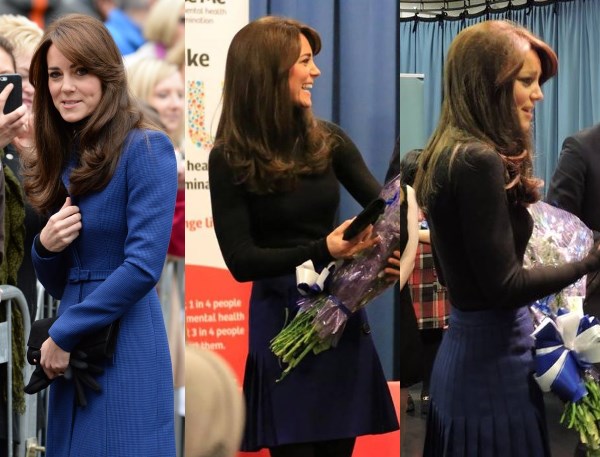 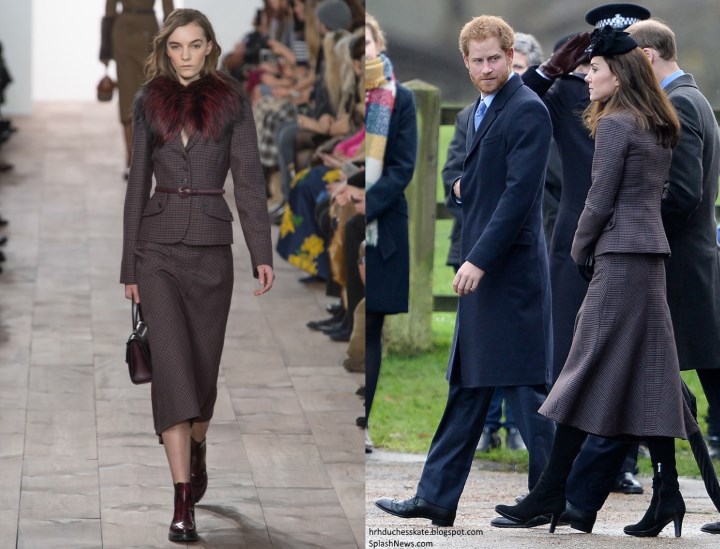 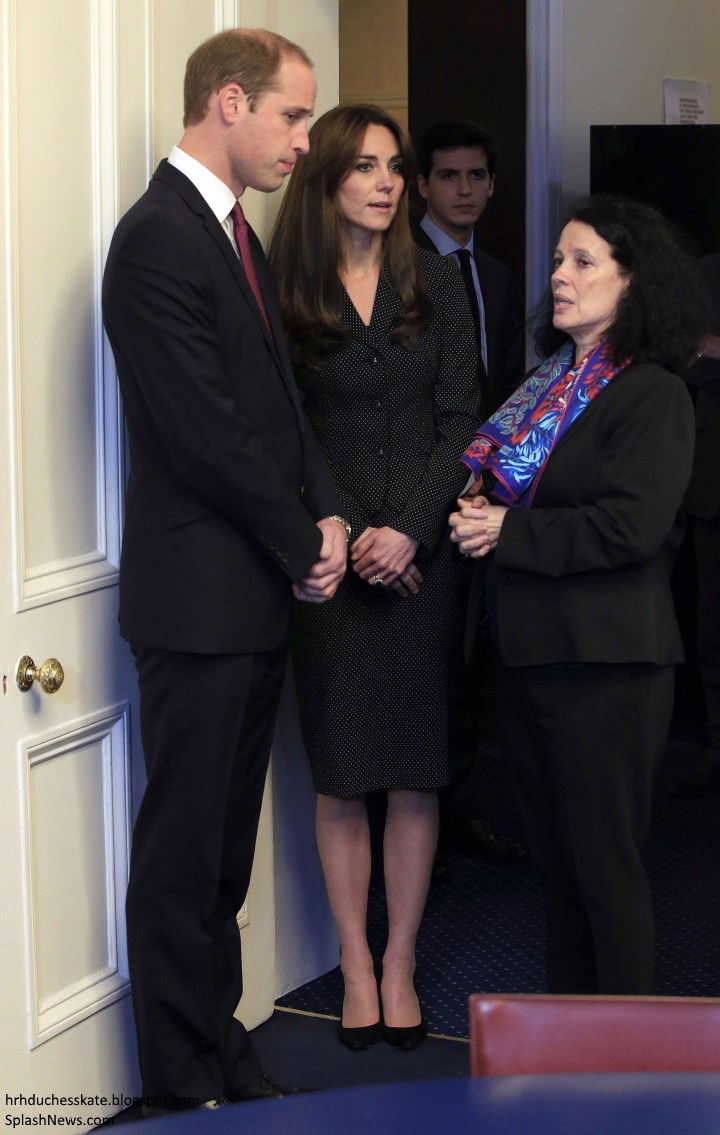 The award for best designer goes to the immensely talented Sarah Burton for Alexander McQueen. Since the royal wedding Kate and Sarah have collaborated to produce HRH's most memorable and outstanding looks. 2015 was no exception, as we saw iconic looks such as the cream coatdress worn at the christening showcased.

Jenny Packham was just 300 votes behind. Another of Kate's go-to designers, Ms. Packham is undoubtedly the Queen of red carpet looks. 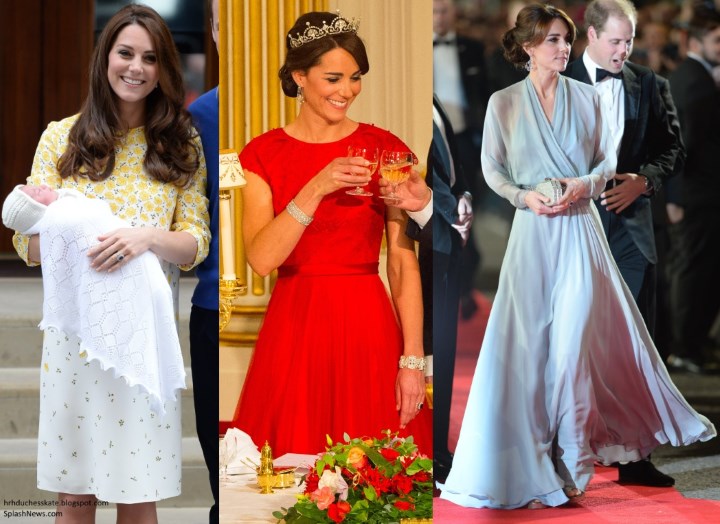 Catherine Walker was awarded the least number of votes, and featured with two coats Kate wore - for St. Patrick's Day and Trooping the Colour. I must admit, I wasn't terribly fond of either look, particularly the floral-print coat at Trooping, as it seemed ill-fitting and the pattern was quite distracting. 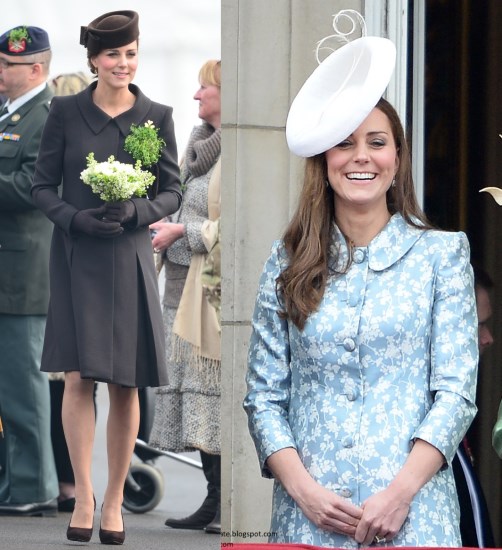 An unexpected new introduction to our polls - the Best Tiara category! I thoroughly enjoyed watching the votes for this one and wasn't at all surprised to see the Cambridge Lovers Knot take the winning place with 68% of the vote. It's such an iconic piece and I expect those who voted for it are looking forward to seeing Kate create a history of her own with it.

Of course, it's worth noting the Papyrus/Lotus Flower tiara is also a beautiful piece. It suits Kate wonderfully and I don't know about you, but I would rather like to see her alternating both in the future.

Thank you so very much for your participation. It's always so enjoyable to see your feedback and votes. We'll be holding our next series of polls after the tour of India and Bhutan this spring. :)

In other news, the Mail on Sunday reports the Duchess plans to concentrate on the complex issue of children's mental health throughout this year. It will reportedly begin with a video appeal to promote Children's Mental Health Week, which runs from 7 - 14 February. This year's theme is 'Building Resilience' and teaching children to 'bounce forward' from life's challenges.

'Unlike some other members of the Royal family, Kate is rarely interviewed on camera, making next month's high-profile appearance an important step in her Royal career. She will be the face of a major seven-day campaign by the charity Place2Be which provides counselling in schools. She is already a patron of the charity, and filmed a similar video message last year. Aides say she has agreed to front this year's campaign in order to shine a spotlight on the cause closest to her heart.

Benita Refson, the charity's founder, said they were delighted to have Kate's support again. 'The Duchess's involvement with the first-ever Children's Mental Health Week last year made a huge impact and her video message of support reached millions across the world,' she said.'


The Mail can be hit and miss with their exclusives, however, I'm inclined to think this one may be accurate. With Kate's focus on mental health, it makes sense she would record a video message for Children's Mental Health Week, and it also coincides with her plans to guest-edit the Huffington Post in support of the cause. The article also reports the royal tour itinerary will feature mental health. While we're chatting about the topic, Victoria Murphy spoke with Nicki Mattocks who met William and Kate in October at Harrow College. Nikki, who was diagnosed with borderline personality disorder, post-traumatic stress disorder, recurring depression disorder and social anxiety after experiencing a traumatic event at 14, spoke about the effect she feels the royal couple's support is having.

"The visit was a massive step forward and got a lot more people talking about mental health. For me it was the first time I’d spoken that publicly about hearing voices. I knew it would go out to a lot of different media outlets because of the publicity that they bring but I was confident to do that because they were doing it in a positive way and a way that was compassionate and helpful.

They helped me to feel like it’s OK and to speak about it more openly. It might have just been an hour that they came and saw us for but they gave us so much more than just an hour. I think they’ve done a lot more in terms of positive awareness than anyone else could have."


Nikki added she feels people need to listen more when it comes to mental health and public figures like William and Kate enable progress in that area.

She concluded: “When people like Kate and William speak about it mental health it’s not something that people can ignore any more. People have to listen, it really goes a long way to that."

Many of you have been enquiring about upcoming engagements. I'm guessing if the Cambridges go to Mustique, appearances should pick up in mid-February. King Felipe and Queen Letizia of Spain are to make a UK state visit in March and I imagine William and Kate will be involved in some capacity. In the meantime, several of you have been submitting excellent ideas for posts. I'm taking note of them all and have several 'Kate Loves' planned, covering a range of topics I think you'll enjoy. :)
Posted by Admin at 22:41:00