There's a plethora of annual events on the royal calendar to look forward to each year, and one of my favourites is the Queen's pre-Christmas luncheon.  It's traditionally held a week or so before Christmas Day when the seasonal atmosphere is in full swing and the festivities are just days away. 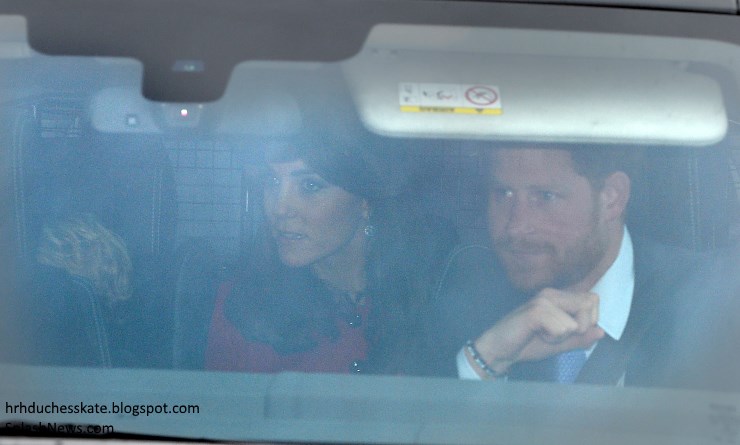 Kate, Harry and an adorable Prince George were photographed arriving at Buckingham Palace. 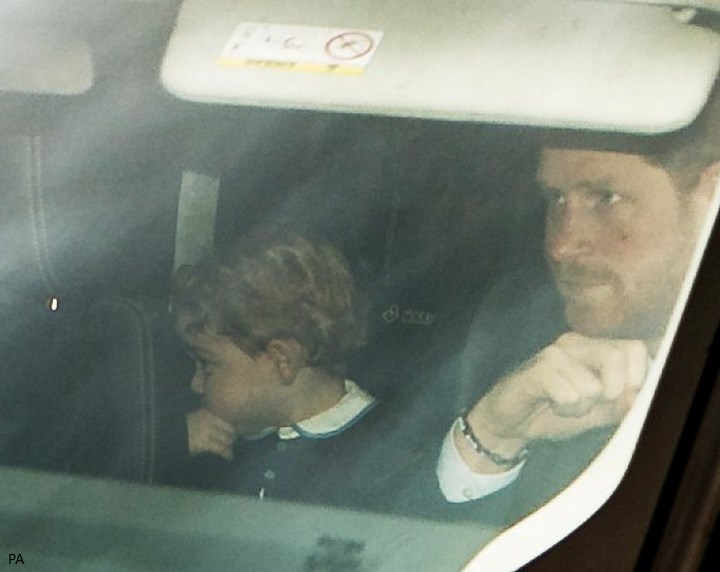 Royal reporter Emily Andrews said Princess Charlotte was also in the back of the vehicle. Prince William was absent from the event because he attended a memorial service for Guy Pelly's father in Wiltshire. 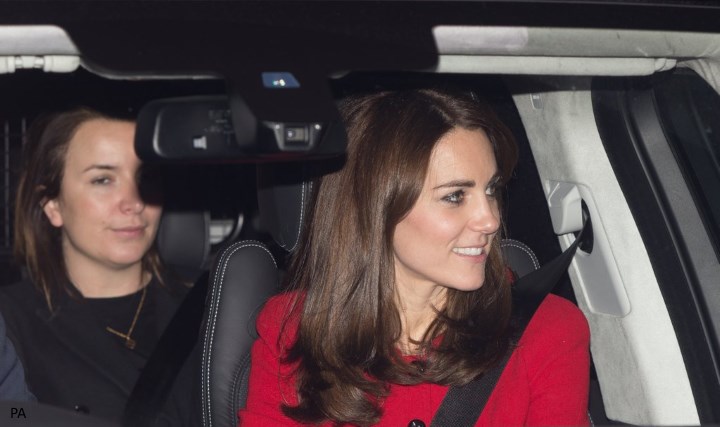 The royals usually stay for two hours or so. It is the sixth consecutive year the Duchess has attended the luncheon.

Below we see Nanny Maria Teresa.

It's also one of the few occasions when so many members of the Royal family assemble at Her Majesty's request. Roughly fifty guests gathered today allowing the Queen to catch up with distant relatives who will disperse to their choice of destination for the holidays. Attendance at the event is said to be very important to Her Majesty, and family members rarely miss it.

Traditionally, a couple of days after the luncheon the Queen and Prince Philip depart London for Sandringham where they will welcome their children, grandchildren and other relatives. William and Kate will also make the trip to Norfolk shortly, where they are expected to join the Royal family for present opening and a lavish dinner on Christmas Eve before hosting their own Christmas celebration at Anmer Hall with the Middletons. It promises to be a very special year with the addition of Princess Charlotte.

Prince Eugenie was all smiles upon arrival.

The British Monarchy's Twitter feed shared a photo of Christmas preparations underway at Buckingham Palace. The crown ornament is both very apt and an eye-catching addition to the tree.


In surprising news, it was announced today the Duke of Edinburgh passed his patronage of the RAF Air Cadets to Kate during an audience at Buckingham Palace. I expected this most likely took place after the luncheon. It is Kate's first role with an official link to the military and a very fitting choice given William's service with the search and rescue force and Kate's grandfather Peter Middleton was a RAF pilot.


To welcome her to her new role as Honorary Air Commandant of the Air Cadets, The Duchess was presented with a copy of Horizons, the history of the Air Cadets, which sets out the proud history and traditions of the organisation she will represent.


What Kate Wore noted the book is available at Amazon for £22.


The Duke relinquished the role as Air Commodore-in-Chief, bringing to an end his 63-year patronage of the Air Training Corps. The Duchess becomes Honorary Air Commandant of the Air Cadet Organisation, an organisation of 42,000 air cadets and 15,000 adult volunteers at more than 1,200 units across the UK and abroad.


More from the press release on Prince Philip's plans to gradually step down from a number of patronages:

'His Royal Highness became Air Commodore-in-Chief of the Air Training Corps in 1953. The Duchess of Cambridge will become Honorary Air Commandant of the Air Cadets.

As announced in 2010, The Duke of Edinburgh intends to stand down from a number of patronages with which he has been directly associated. His Royal Highness remains Patron or President of 780 organisations or charities.

There are no plans for The Duke to step down from a large number of organisations with which he is associated all at once. The reduction in the number of HRH's patronages will be gradual and in consultation with each organisation concerned.'


There's quite a royal history with the air cadets. Prince Philip took up his appointment following the death of the Queen's father King George VI who served as founding patron. Today, Prince Philip passed it on to Kate who will remain in the role for decades. I expect it may be the first of a number of the Duke's patronages Kate will take on. 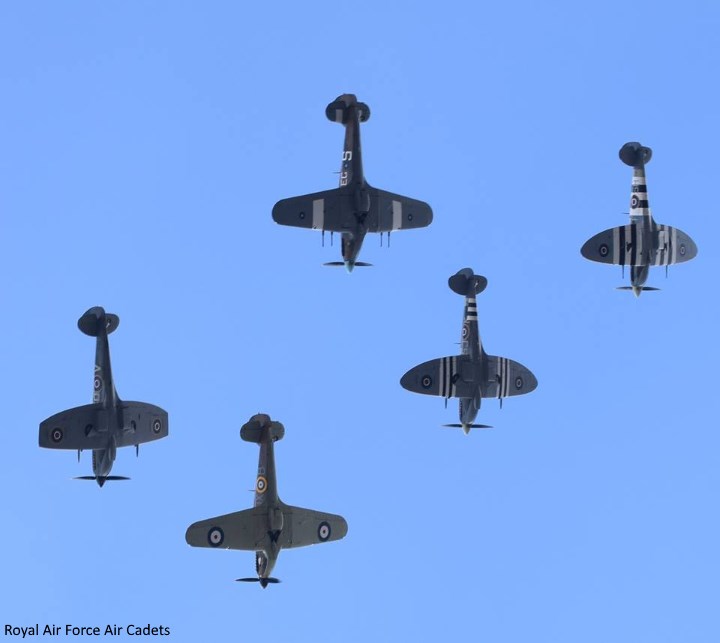 More from the RAF Air Cadets:

'The Duchess of Cambridge has a close affiliation to the RAF following her husband's service with the Search and Rescue Force.The Duchess assumes her new role on the eve of the Air Training Corps’ 75th anniversary which will see cadets celebrate throughout 2016.

Air Commodore McCafferty said: “We are absolutely thrilled that HRH The Duchess of Cambridge has agreed to be our Patron. Her links to the RAF Family are already well established and her desire to support youth development is well recognised around the world. We hope that by acting as our Hon Air Commandant she can see at first hand the amazing work of our adult volunteers who deliver a truly world-class cadet experience to many thousands of young people.'


There are a whole host of events planned to mark the 75th anniversary next year. At least a couple will likely be on Kate's agenda offering the Duchess the perfect introduction to the organisation as their new patron.

The Duchess first wore the suit in 2011 at St Andrews University for a pre-wedding engagement. Kate purchased the suit for £495 at Hollie de Keyser (a boutique frequented by the late Princess Diana when it was known as Emma Somerset) five years ago.

Kate had the dress altered into a skirt and wore it again in Christchurch last year. It's a very stylish suit and a festive choice for the occasion. For those fond of the suit, we've added a great alternative to our Repli-Kate page. 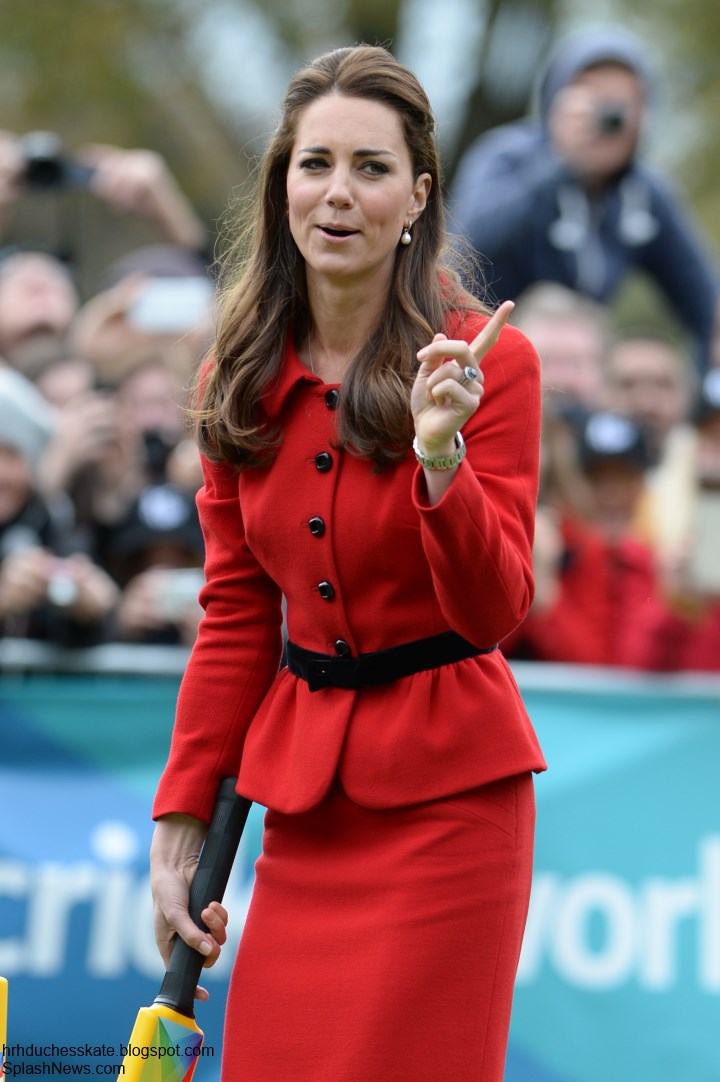 
It looks like Kate accessorised with her Mappin & Webb 'Empress' earrings.


It proved to be a very interesting day indeed with news of a new patronage for Kate. It was also a lovely opportunity for the family to catch up at the luncheon and of course always a treat to see Prince George!
Posted by Admin at 14:46:00