UPDATED: Kate in Michael Kors for Sunday Service at Sandringham

Hello hello, we hope you're all enjoying the festivities and have had a wonderful Christmas! We had an unexpected Kate appearance today. 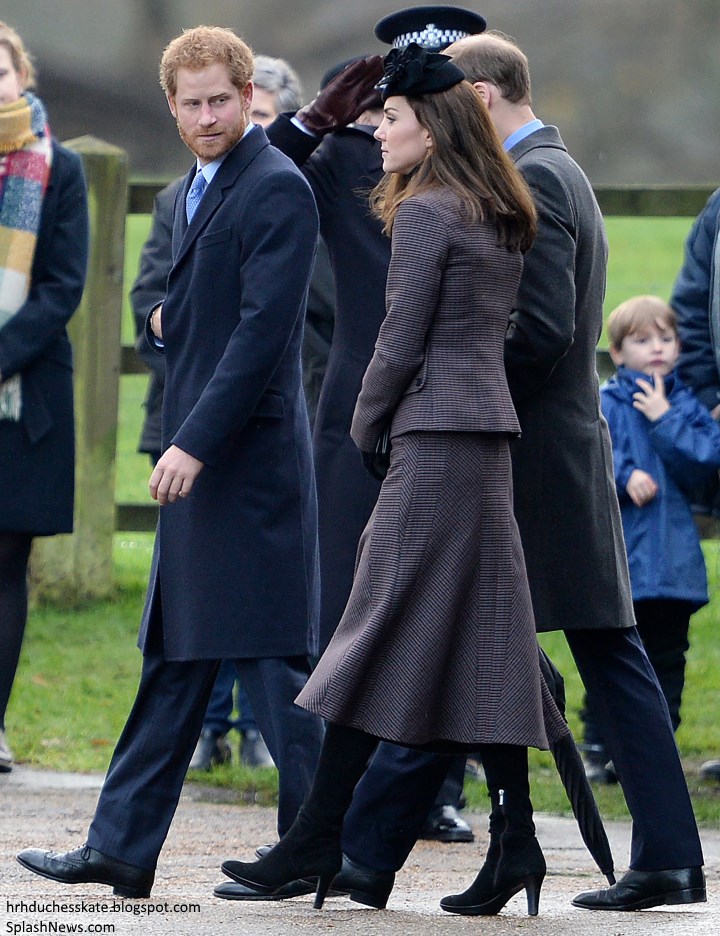 The Duke and Duchess of Cambridge joined members of the Royal family for Sunday service at St. Mary Magdalene Church on the Sandringham estate. 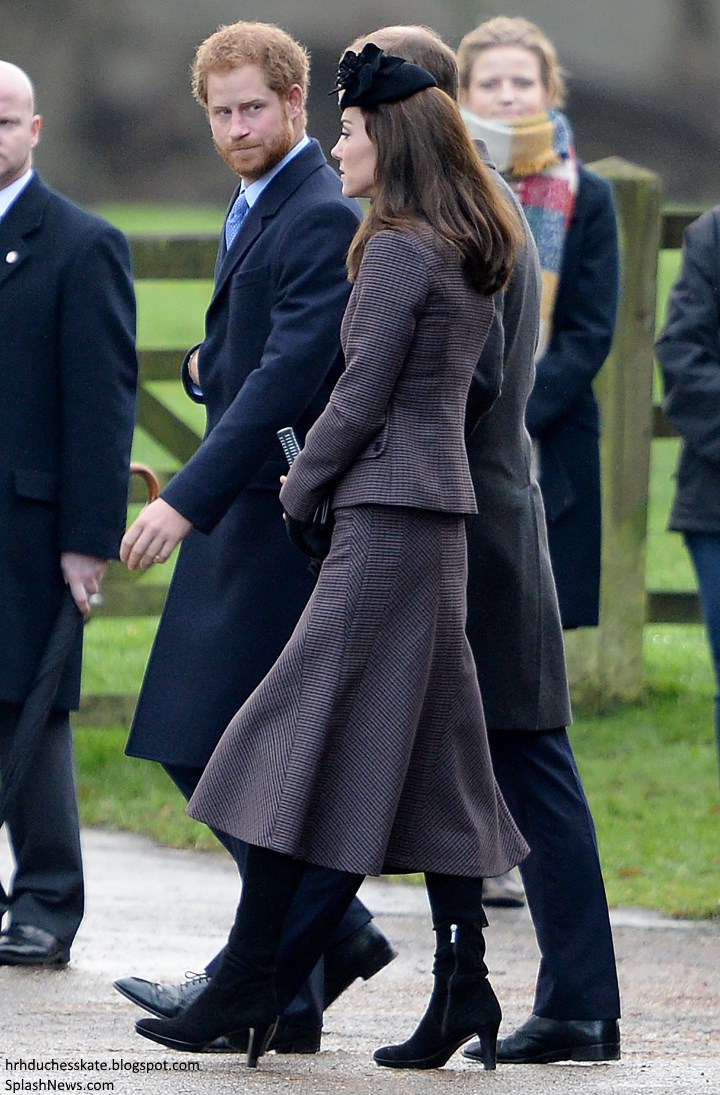 William, Kate and Prince Charles chatting outside the church. 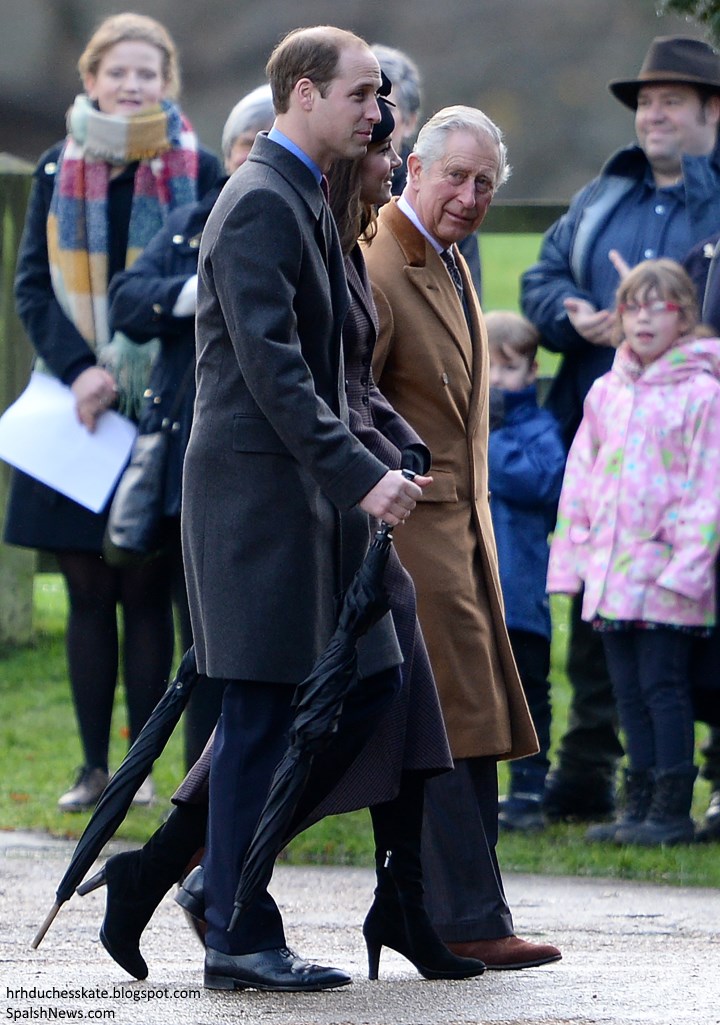 William and Kate celebrated Christmas day with the Royal family at Sandringham house before welcoming the Middleton family to Anmer Hall and later reportedly joined the royals for the annual Boxing Day shoot. The Middletons were not at church this morning, perhaps enjoying quality time with George and Charlotte. 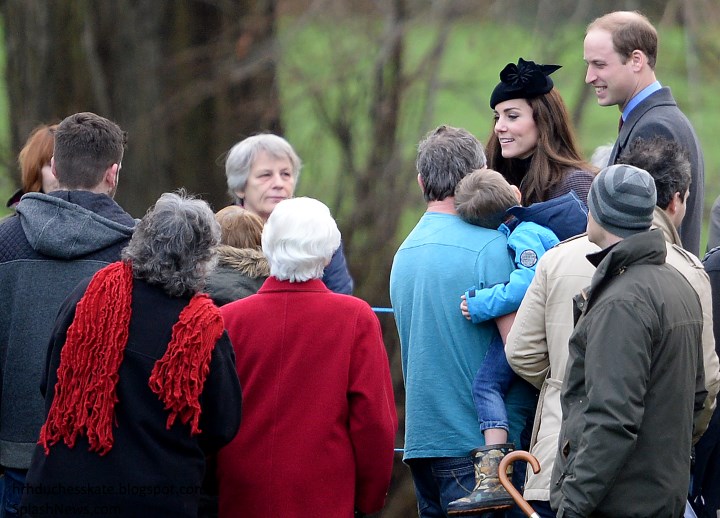 After the service, the royals stopped to chat with well-wishers and smiled as they chatted with locals. There's always a fantastic turnout from people in the Norfolk area when the royals are staying on the estate over the holidays. 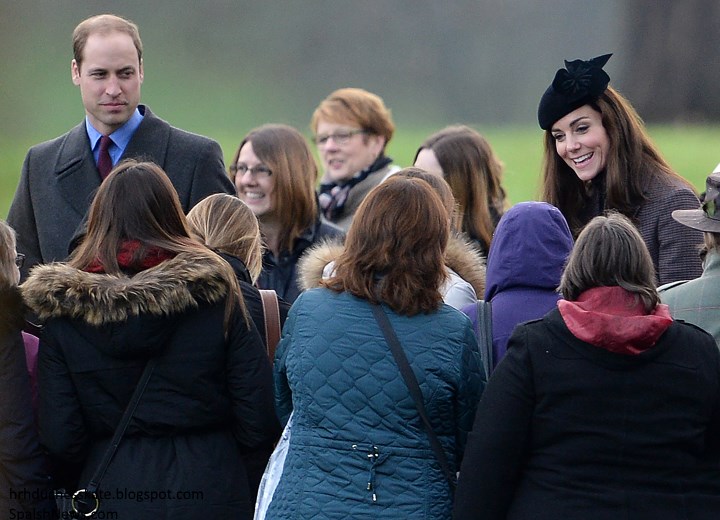 Kate looked delighted to receive a bouquet of yellow flowers. 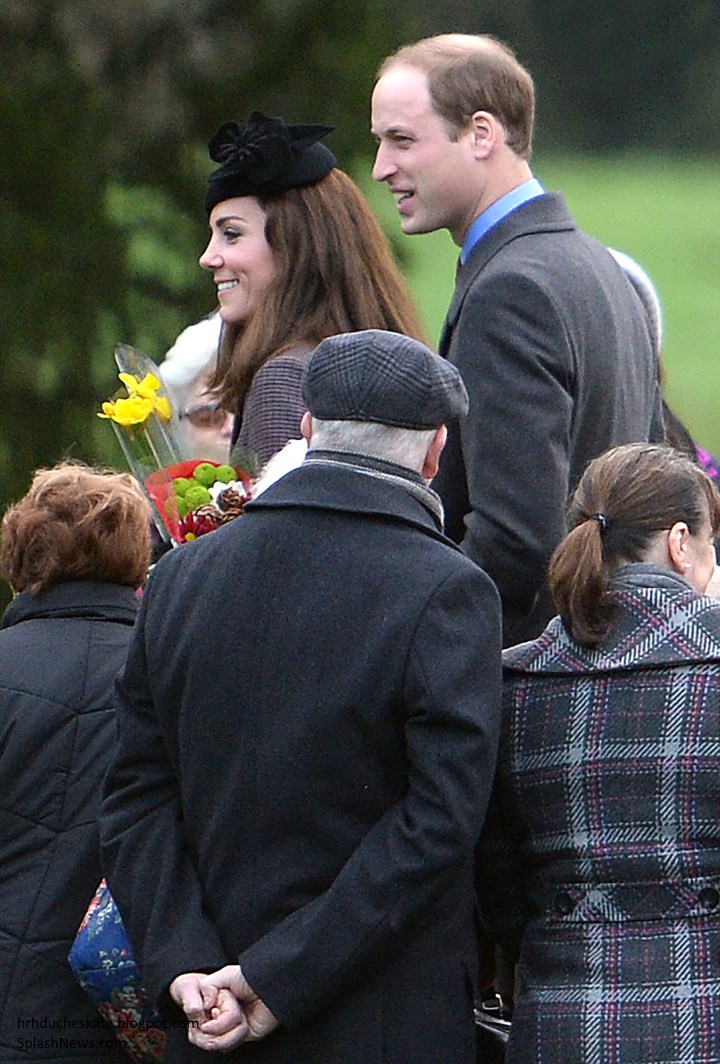 More from the Telegraph on heightened police security checks for well-wishers:

'Officers carrying bodyscanners even checked a little girl and a baby in a pram as all arrivals were subjected to extensive searches. Experts who watched the scenes outside said the extent of police checks at the Queen's Norfolk home was "unprecedented". Unlike on Christmas Day, the Sunday service is not considered a public appearance by the Royals.

A spokesman for the Queen said: "This was a private attendance. The Queen continues to worship over the festive period." There were smaller crowds than there had been at the Christmas Day service, when around 1,000 well-wishers, some wearing festive jumpers and Union flag fancy dress, lined the roads for hours.'


Her Majesty the Queen leaving after the service. 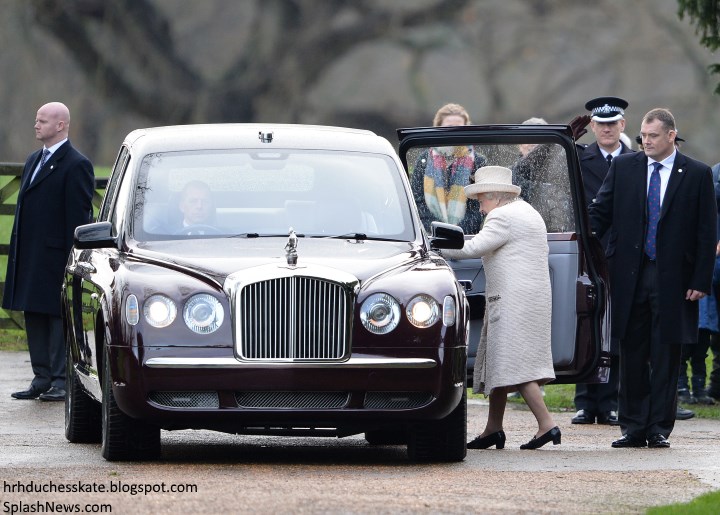 Prince Philip walked with the Princess Royal who was festive in a red coat. 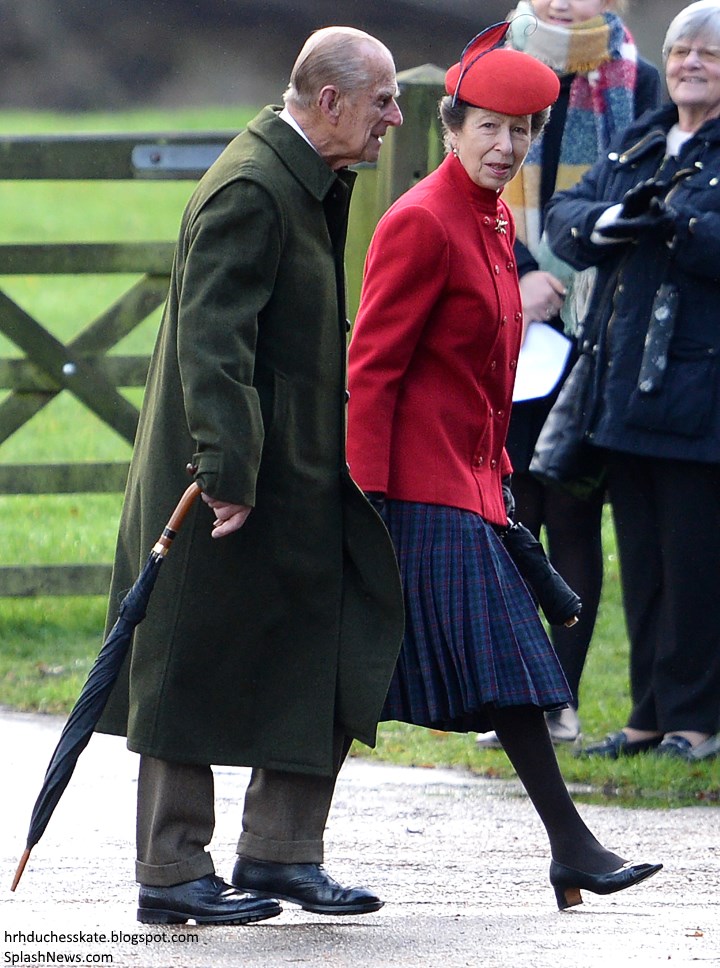 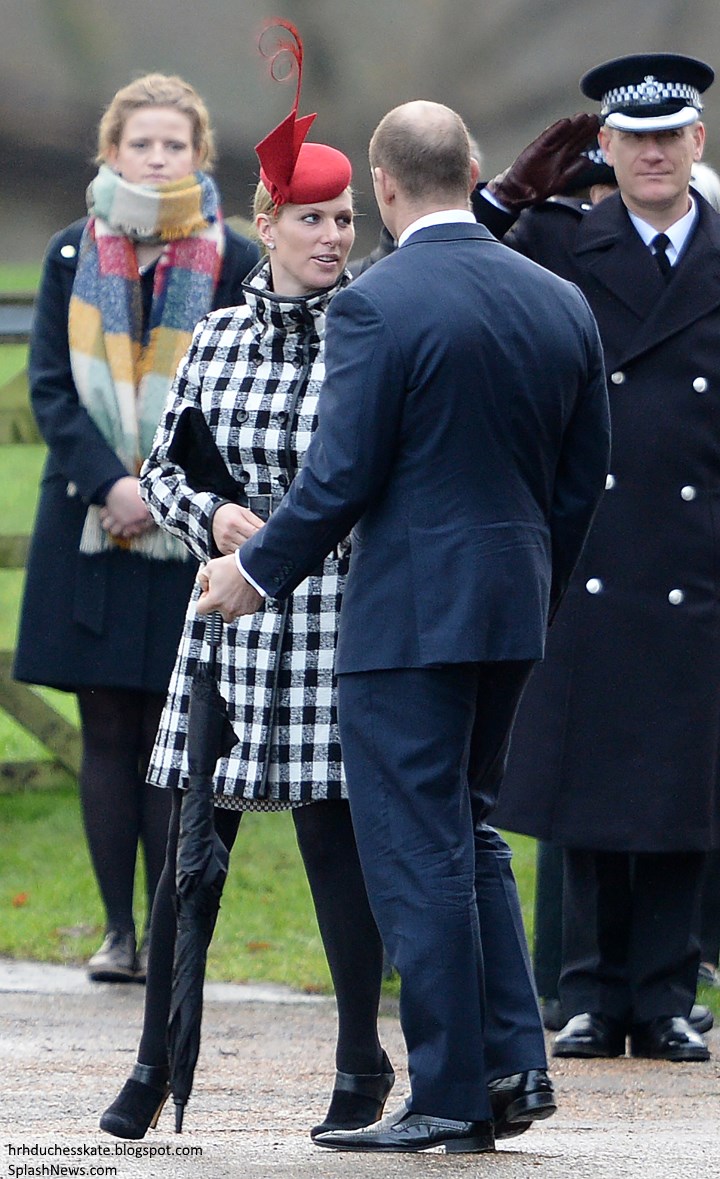 The Duchess debuted a new suit today. This is a very elegant look for Kate; the tailored fit of the jacket and the length of the skirt suit her perfectly. Unfortunately, photos of the front of the suit are not available (should that change the post will be updated).

Following quite the search the talented Janet Evelyn discovered the suit is from the Michael Kors Collection and originally shared the information on the What Kate Wore Facebook Page. The Virgin Wool Plaid Blazer is described as a "vintage-inspired equestrian silhouette" with notched lapels, long sleeves, four-button closure and plaid knit print. The piece is reduced from £1090 to £763 at StyleBop. Kate wore a black turtleneck underneath.


The Guncheck Wool Trumpet Skirt is crafted from heritage guncheck wool with the trumpet silhouette offering a flattering feminine fit. The slate/claret piece originally retailed for $995 before being reduced to $228, and is almost entirely sold out.


The print is also featured in the brand's Check Wool Pencil Skirt.


The look is from the Fall 2015 Collection; below we see it on the runway.


When running through the list of potential designers for the look, I considered British heritage brands and the possibility it was bespoke, however, I didn't consider Michael Kors. Looking back at the stylish Indigo Twill Jacquard Swing coatdress by the New York-based designer which the Duchess wore for ANZAC Day during the spring 2014 tour, it's rather easy to see the connection between the pieces. Another outstanding design by the brand. 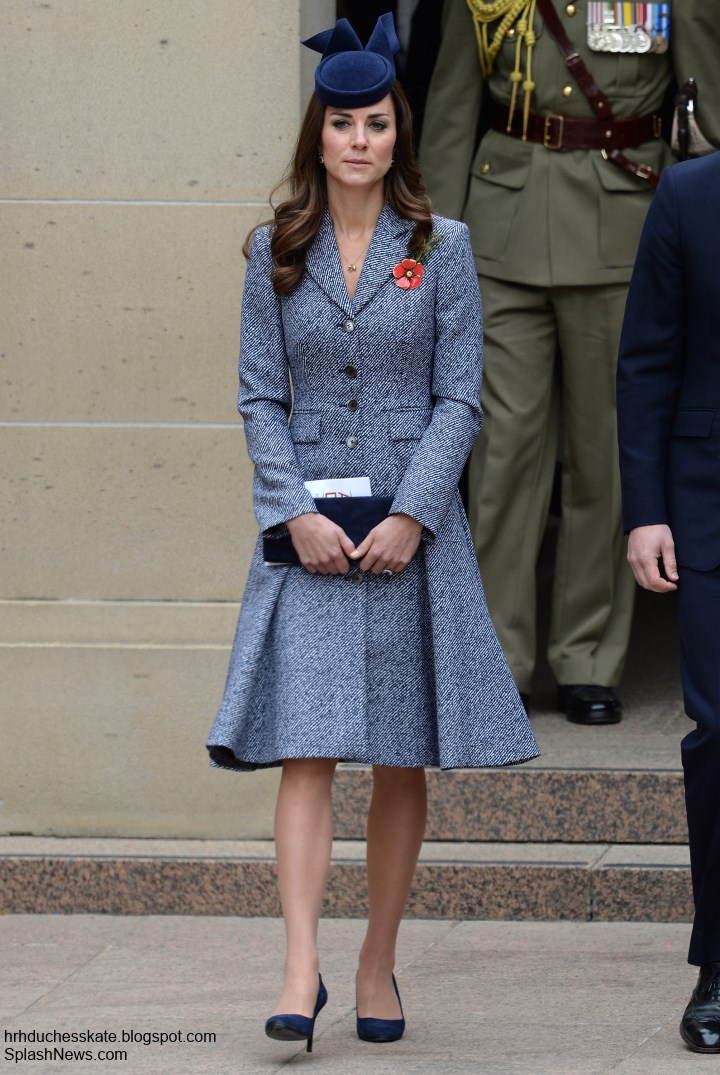 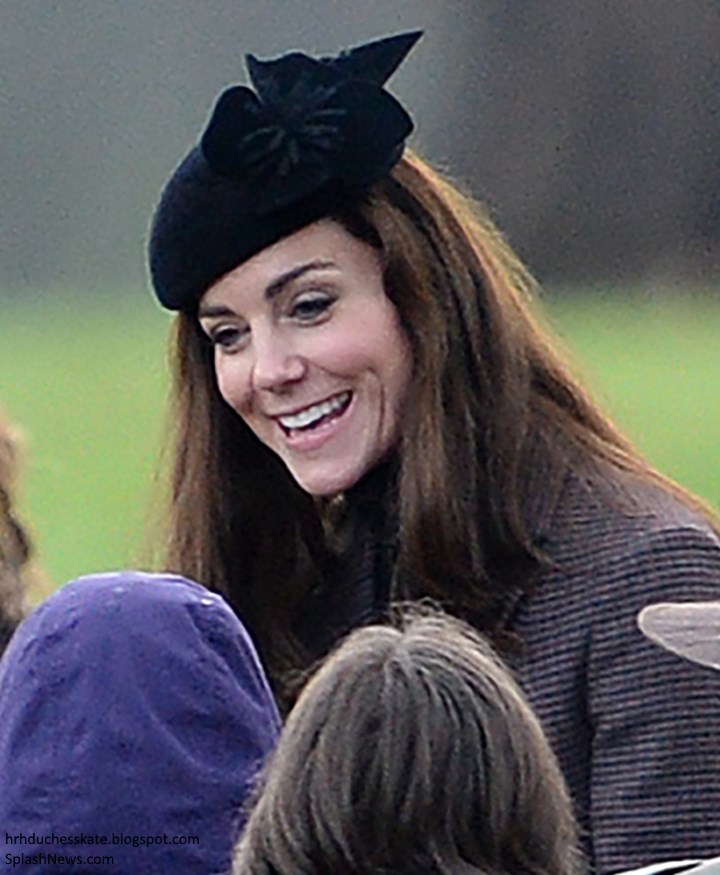 Kate has had the hat for a few years now and has worn it on several occasions. It's one of her best and frames her face beautifully. The piece originally retailed for £245. Below we see Kate wearing it during St. Patrick's Day in 2013. 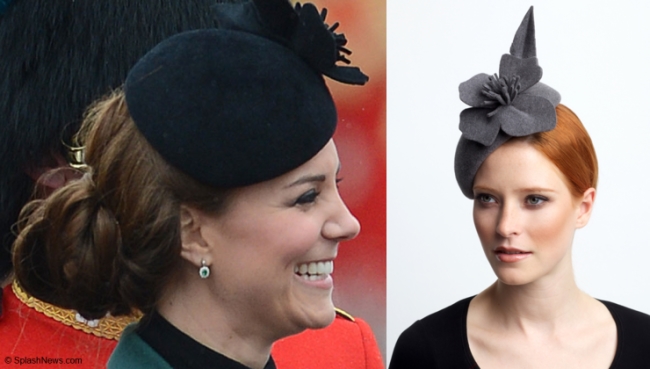 Kate wore her Aquatalia 'Rhumba' boots again today; they're a fantastic option for the current season and add a stylish finish to coats and suits. As we mentioned before the brand have discontinued the Rhumba but suggest the 'Raine' boots as a substitute. They are currently discounted from $650 to $273 at Saks Fifth Avenue.


It was a lovely surprise to see Kate today and her ensemble looked stellar. I expect the Cambridges are looking forward to ringing in the New Year next, and it is thought they will celebrate at either Anmer or the Middleton family home in Bucklebury. We'll be back with our annual Year in Review post :)
Posted by Admin at 16:50:00