The Duke and Duchess of Cambridge and Prince Harry watched the England versus Wales match at Twickenham tonight. 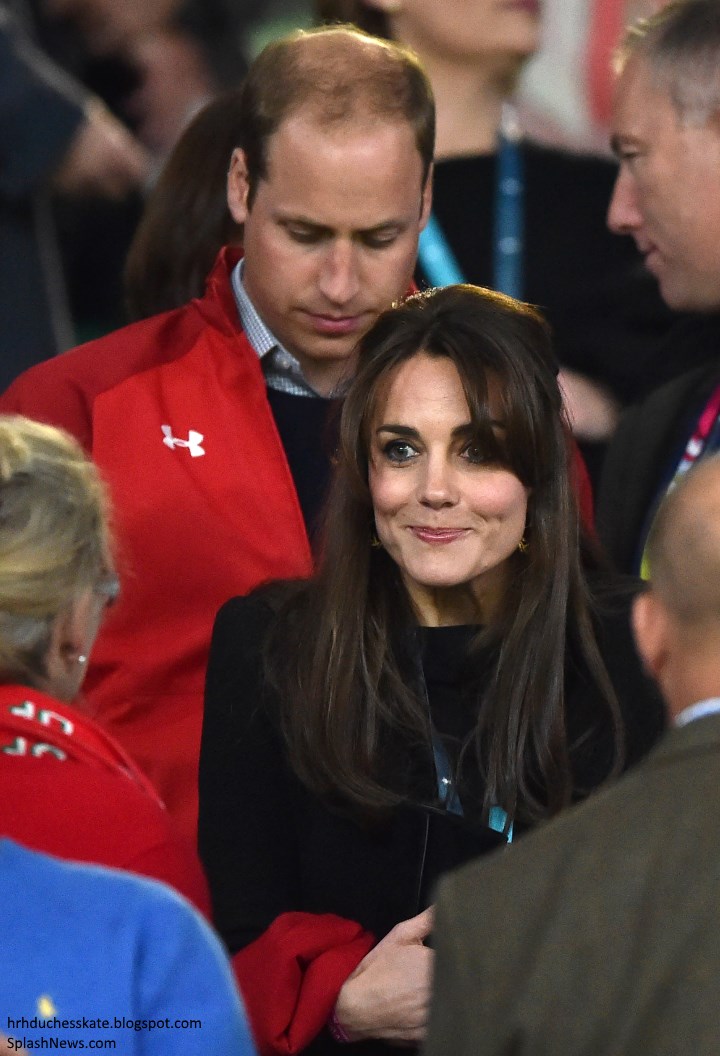 The royal trio carried out separate engagements during the week before coming together for tonight's game. Yesterday, the Duchess made an unexpected visit to HM Prison Send in Surrey where she met people involved in an addiction programme. 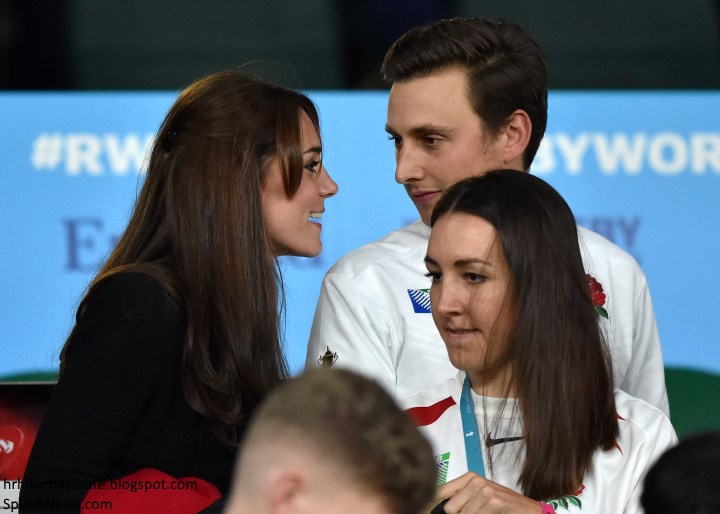 Tonight's match is perhaps one of the most eagerly anticipated in the Rugby World Cup; indeed it's a rather competitive one for the Princes who supported opposing teams. Prince William is vice-patron of the Welsh Rugby Union and Prince Harry is honorary president of England Rugby. Official roles aside, the two are avid fans of the sport. 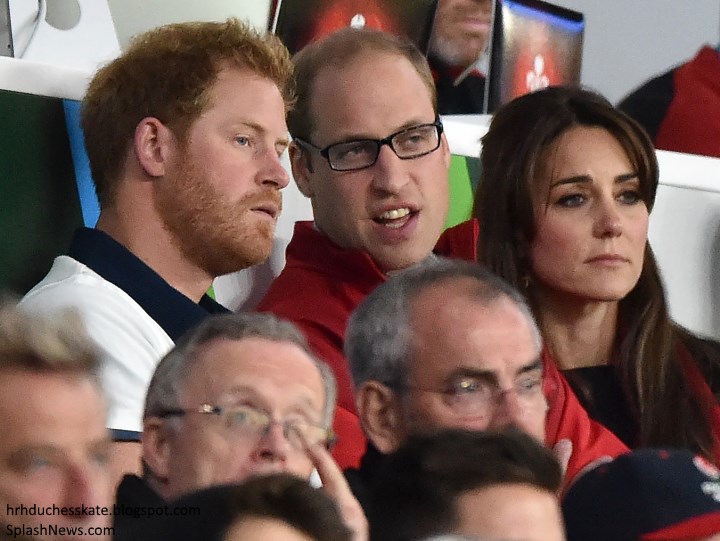 'The brothers, and Princess Kate, were back in the stands, where they had been for the opening ceremony Sept. 18, to watch England take on Wales at Twickenham, London. William and Kate were rooting for Wales while Harry backed England.

Kate and William, both 33, could be seen at the start heartily singing the Welsh national anthem – in Welsh, no less – a clear sign of their support. William donned the Welsh jacket while Harry wore a white shirt for England. '


Experts predict the game will be the most lucrative of the tournament with fans at Twickenham spending £10 million. An estimated 10 million viewers (including my other half) tuned in to see which team would be victorious. 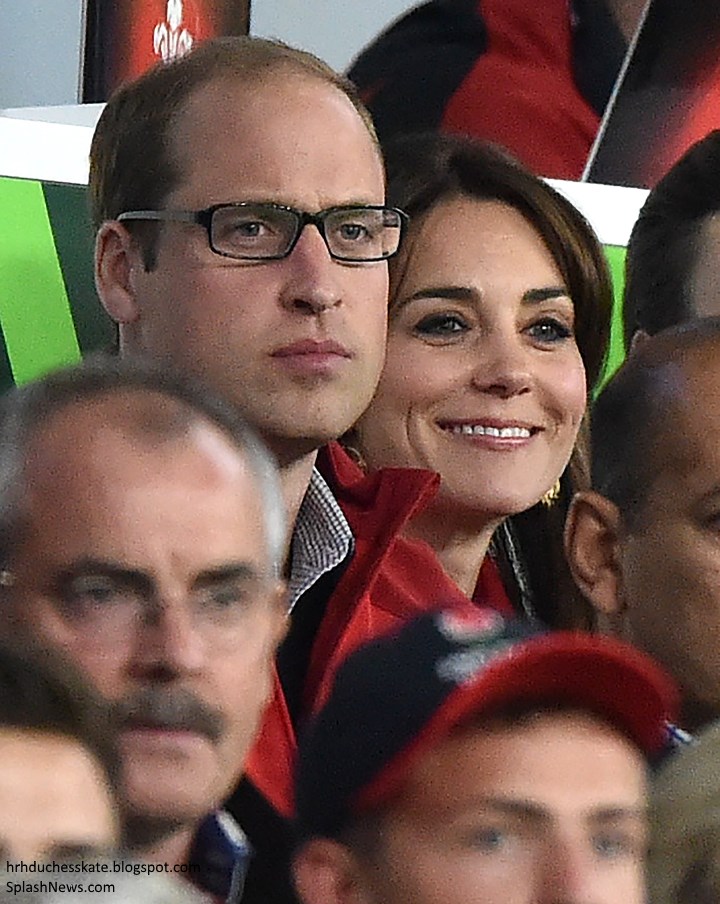 The Duke and Duchess singing the Welsh national anthem. 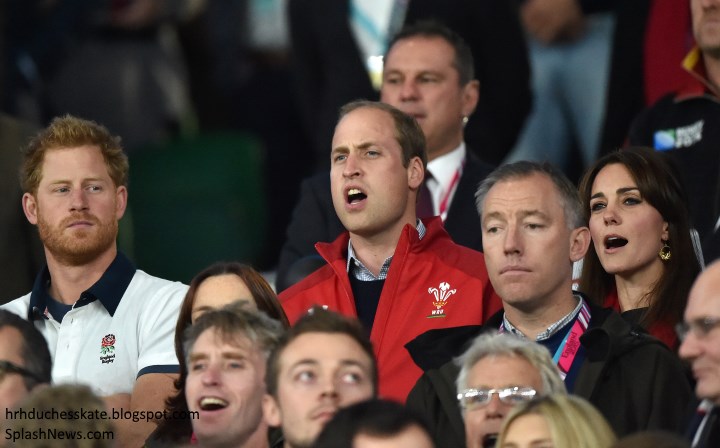 There was an enormous turnout of support for both teams.


A look at the players in action.


There were plenty of tense moments.

One of the best photos of the night.

Whilst it was looking like the momentum was with England, Wales fought back and levelled before Dan Biggar scored a penalty from fifty metres handing the victory to Wales with a final score of 25-28.


A delighted William and Kate embrace.

It's always quiet lovely to see the two sharing a romantic moment.

As a stunned Harry looks to the heavens wondering what went wrong (again, a direct quote from the other half who was very much experiencing the same reaction as Harry).

We waited hours for photos of Kate's outfit to emerge and there was enormous surprise when we discovered she was wearing print trousers. It was very much expected Kate would choose her "sporting uniform" for the rugby events, but she completely changed it up. It's wonderful to see Kate having fun with fashion, and I'm very pleased to see her trying a more youthful look.

The hunt for the exact pair Kate wore went on for hours before Angela on Kate's Closet shared a link to a pair from ZARA. The black/ecru floral print trousers are a trendy style and they come with a skinny brown belt. They retail for £26.

For those wishing to Repli-Kate the look, print trousers are very much in style at the moment with a wide selection of colourways and patterns available on the high street. Below we look at the GAP Printed Slim Cropped Pants, Somerset by Alice Temperley Diamond Print Trousers, the Topshop Jodie Trousers and the Hobbs Mackay Trousers (as mentioned by several readers). 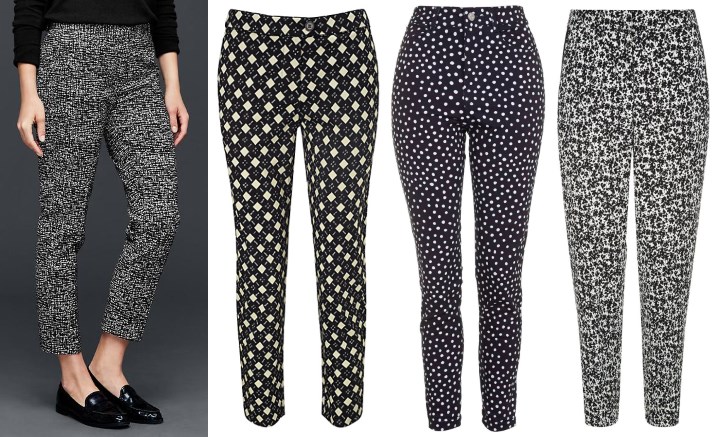 Kate wore a black jacket with large buttons and velvet/faux fur trim. Due to the lack of good quality photographs it remains unidentified. We'll update if the piece is discovered. 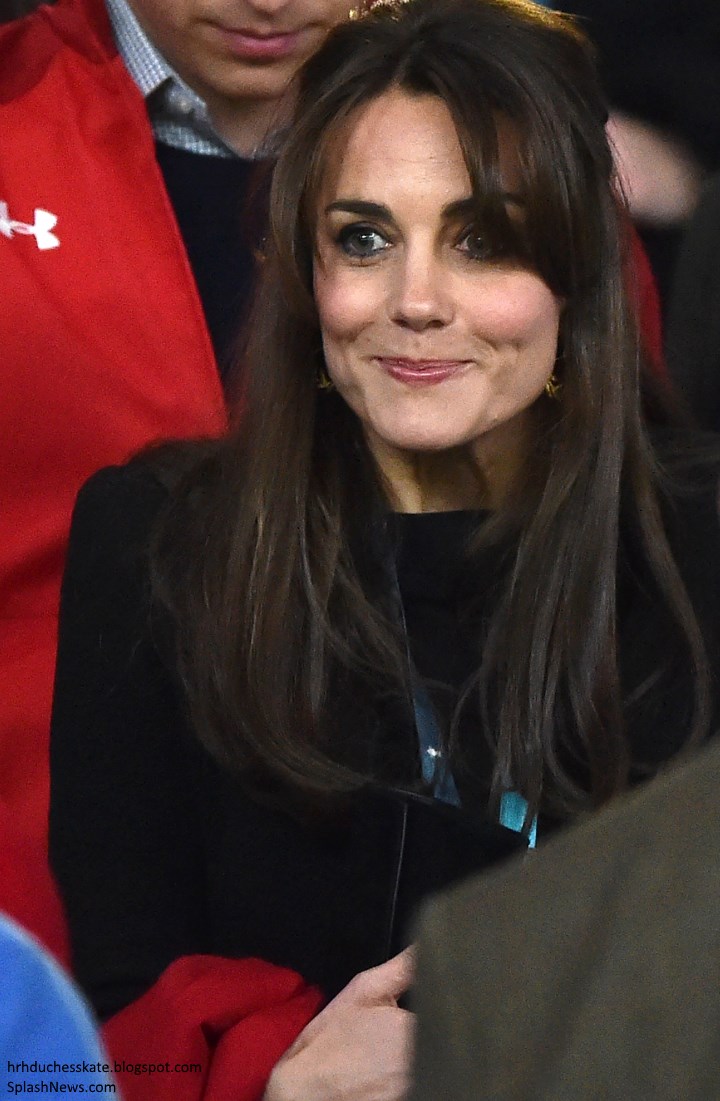 Kate debuted an eye-catching pair of new earrings by jewellery designer Catherine Zoraida (with thanks to Sophie from What Kate Wore FB). The Fern Hoop Earrings are available in gold for £150 and 18 ct solid gold for £700.


Readers will recall Kate wore pieces by the jeweller to compliment her bespoke Alexander McQueen at a State Dinner in Malaysia during the South-East Asia tour in 2012. Below we see the Double Leaf Earrings and Spread Your Wings bracelet.

It appears Kate wore the red Hugo Boss scarf she selected for Christmas Day in Berkshire in 2012 and during the Canada tour in 2011. The choice of red was most likely in support of William's team. 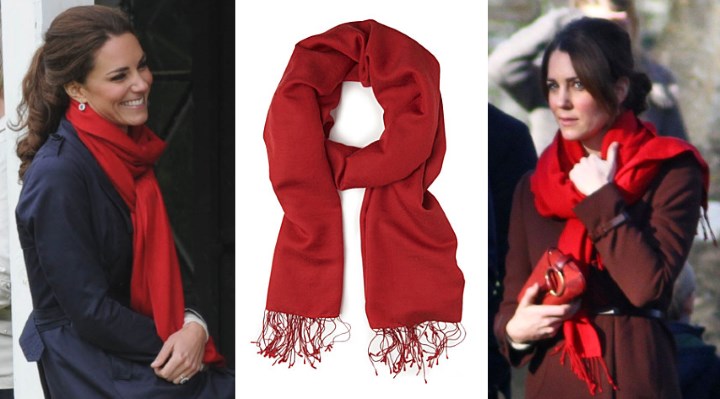 Unfortunately the quality of photographs from the event was very poor. We'll update if better photos become available.

In two other brief updates, our Claudia Bradby giveaway is ongoing. For the change to win the Kate Rose Quartz and Silver Necklace and Biography Pearl Drop Earrings please click here. Readers can also avail of an exclusive 15% discount code by entering HRHAW15 at the checkout.

Kate is expected to have a busy calendar for October and we should begin to hear announcements very shortly. Kensington Palace shared this tweet earlier today.