The Duke and Duchess of Cambridge and Prince Harry attended the Rugby World Cup opening ceremony in Twickenham this evening. 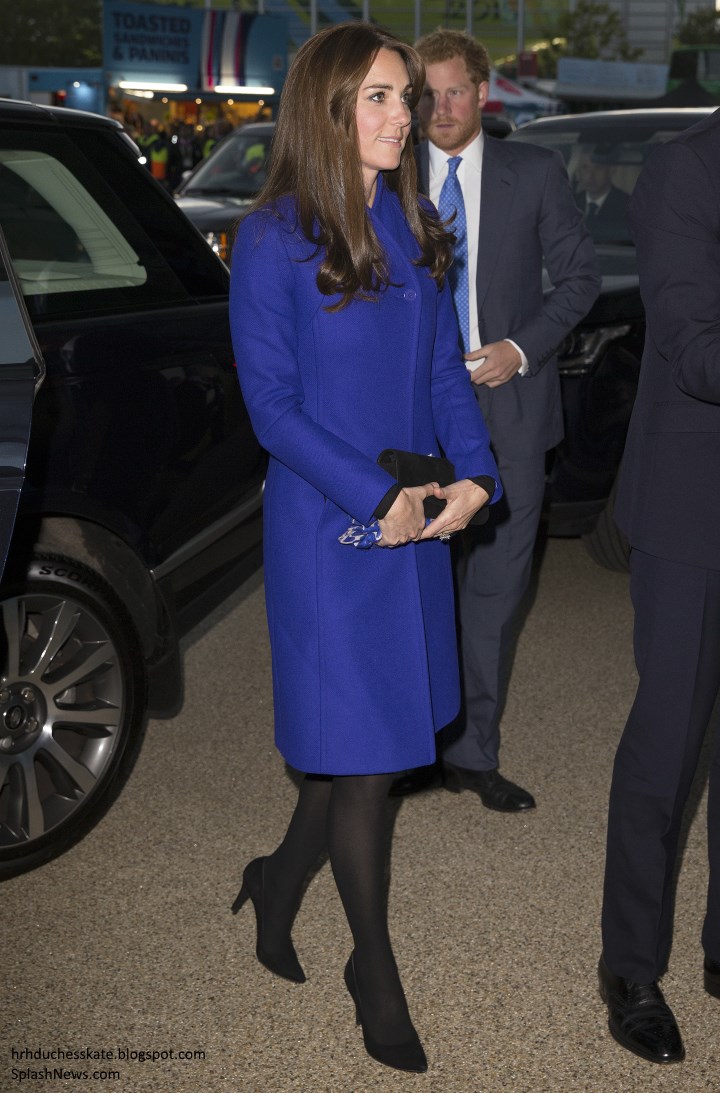 Today's appearance follows on from a successful series of engagements carried out by the royal trio yesterday. Kate returned to public duties with a visit to the Anna Freud Centre, whilst Prince William bestowed a knighthood upon rugby legend Gareth Edwards and attended the inaugural Tusk Trust ball. Meanwhile, a bearded Prince Harry attended the Rugby World Cup welcoming party. 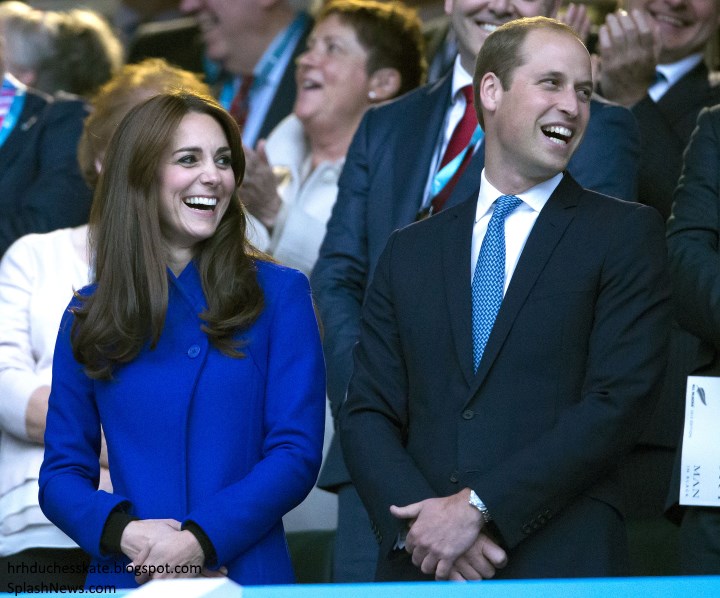 William and Harry have long been devoted rugby fans, and they are also heavily involved in the sport in an official capacity. Prince Harry is honorary president of England Rugby 2015, the organising committee staging the tournament. Prince William is vice royal patron of the Welsh Rugby Union and he and Kate are expected to watch several games throughout the six-week tournament, to be announced in due course. 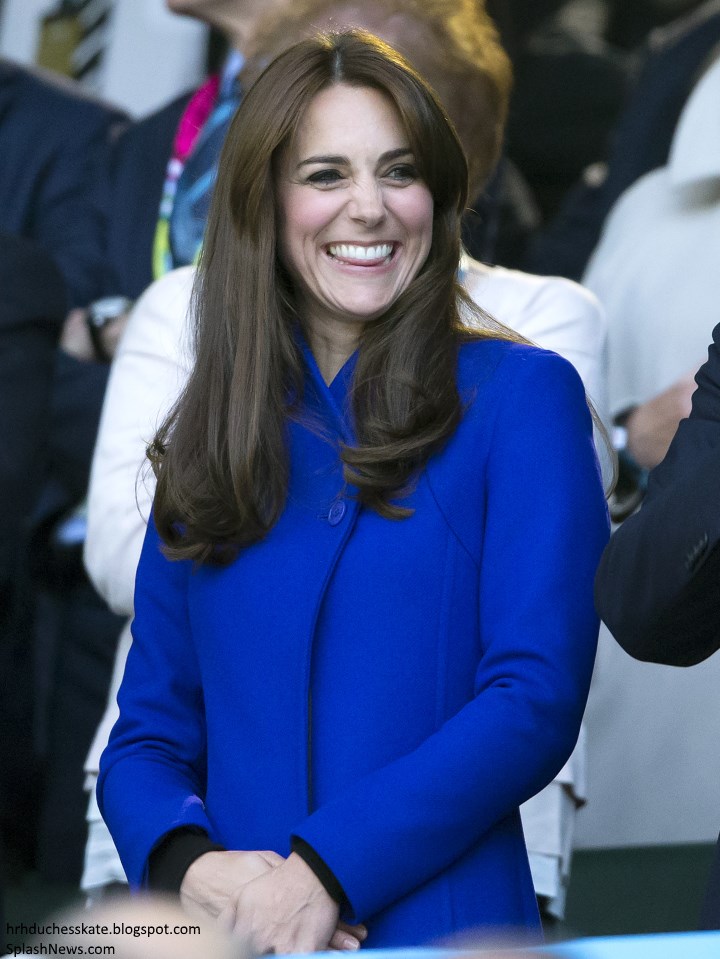 Prince Harry gave a speech at the ceremony and said "there will be moments that will live with us for the rest of our lives".


More from the speech.

"Good evening and welcome to Twickenham, to England 2015 and the eighth Rugby World Cup. “This evening marks the beginning of a celebration of rugby that I hope will inspire current players and new generations.

Who can forget 1995 and President Mandela handing the trophy to Francois Pienaar. And THAT drop kick in 2003. To all the players, we wish you well for he tournament. Your individual skill is to be celebrated and I can think of no other sport in which the success of the team is shouldered so equally by everyone." 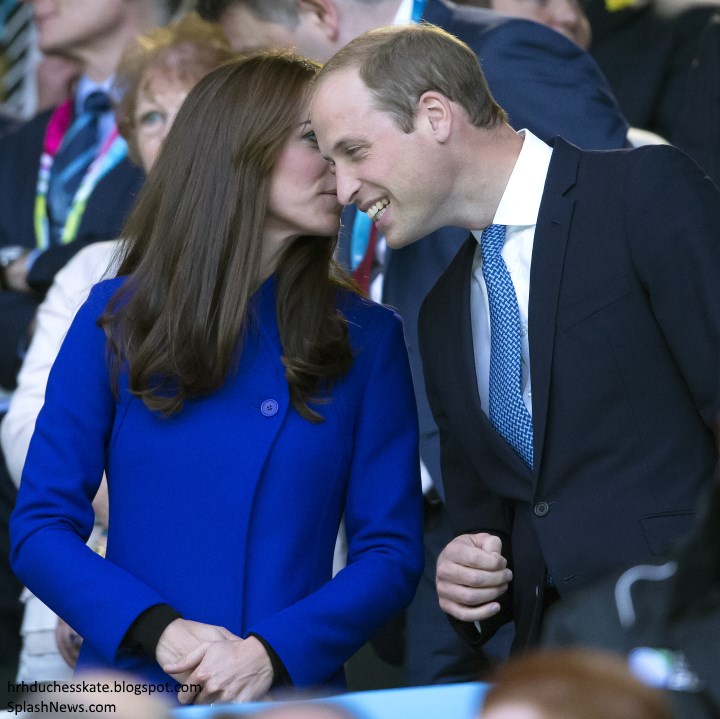 "The tournament promises to be the best ever and it will leave a lasting legacy for the sport in our country and around the world. The sporting drama of the coming weeks will inspire tens of thousands more people to pick up a rugby ball and play the game, and the RFU is investing millions more in clubs up and down the country, training more coaches, and reaching out to make sure rugby is played in more schools.

The whole country will join with the cities hosting games in England and Wales to offer the warmest of welcomes to visiting teams and fans - and I wish all four Home Nations the very best of luck."


The spectacular opening ceremony focused on the theme "breaking new ground" and told the story of rugby's birth in England and its journey to Rugby World Cup 2015 in England and Cardiff.


Prince Harry made a cameo appearance as a gardener alongside Rugby World Cup winner Jonny Wilkinson in a film about the invention of rugby saying picking up the ball and running "would never take off".


Fireworks go off during the opening ceremony.


Throughout the opening ceremony, the centre of the pitch was dominated by a giant rugby ball.
Half-way through, however, 20 'giants of the game' took centre stage much to the delight of the audience. Musical performances from the Royal Marines and singer Laura Wright were also included.


After the ceremony, the royals watched the first match of the tournament as England began their quest for glory against Fiji.


There were plenty of tense moments throughout the exciting match.

Kate's expression says it all.

A great shot of the couple.

The trio were no doubt delighted to see England prevail 35-11.


The bright blue coat features a stand-up collar, a single button fastening and two front pockets, and is neatly panelled to be figure flattering. The Emile is from the brand's Autumn/Winter 2014 Collection and has been entirely sold out for some time. The piece also comes in lilac, but it sold out reduced from $525 to $370.


Kate wore a black dress underneath with black tights.

Kate carried the £85 Beulah London Shibani Scarf. The blue and white heart print piece worked very well with the hue of Kate's coat. It's important to note 10% of sales from the scarf go to the United Nations Blue Heart Campaign which raises awareness of human trafficking and inspires those with decision-making power to effect change. Pippa Middleton also owns this piece.


Below, we see Kate carrying the scarf and her black suede clutch. 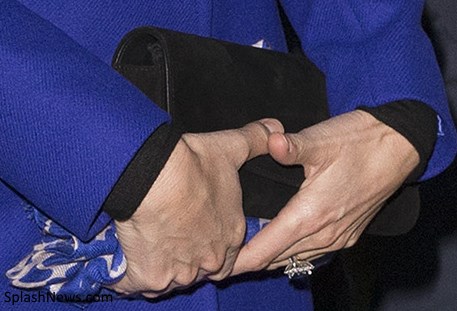 
And her Cartier Ballon Bleu watch.