Before we begin today's post, I know many of you are wondering when will we see the official portrait? First of all, there's been speculation claiming we will not see a family photo until July. My understanding is we will see a portrait any day now, and according to The Sunday Times, there will be an additional photo of George and Charlotte released sometime in July.

Princess Charlotte turned four weeks old on Saturday, roughly the same age George was when a family photo taken by Michael Middleton was released. We may see a photo released for the daily papers as the Sunday papers had the exclusive on Charlotte's birth. I would be very surprised if it isn't released sometime this week or next week at the latest.

Meanwhile, there have been a couple of sightings of the Duchess over the past week. Kate was spotted picking up some groceries at a local Spar shop near Anmer Hall and interestingly, according to one onlooker, Kate and George enjoyed an outing at beautiful Holland Park in London on Sunday.

I often gets emails from our readers across the pond enquiring about places not to miss when visiting London and I cannot recommend Holland Park enough. Situated on 22 hectares in the Royal Borough of Kensington and Chelsea, it is considered one of the most romantic and peaceful parks in London.

The onlooker who saw Kate and George was taking photos for his business, and did not photograph the royals (with thanks to Kate & Pippa Style for the tip).

With Kate back in London, perhaps the Cambridges opted to have Charlotte's official portrait taken there.

As we settle into the month of June (Is it just me or is 2015 flying past?) let's take a look at possible events the Duchess may attend. The Duchess of Cambridge is very much expected to attend Trooping the Colour on 13 June, I've asked several royal correspondents who all said they believe she will be there. 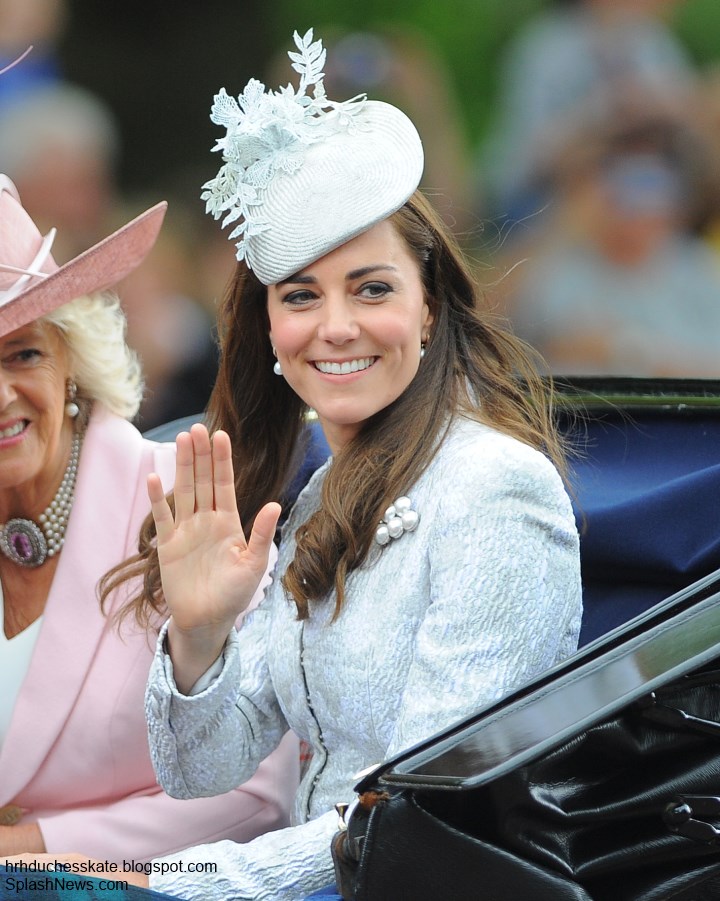 There's even talk of a surprise Prince George appearance on the balcony. Now, that would be a special surprise!


Two days later - 15 June - the annual Order of the Garter ceremonies take place. Kate's attendance is thought to be 50/50 for this one, however, as she'll be in London for Trooping the Colour I'm inclined to think there's a strong possibility.

One of my personal favourite sporting tournaments of the year, Wimbledon, kicks off on 29 June. British number one Andy Murray will be playing of course and hoping to re-take the title. We know Kate is an avid tennis fan and loves to attend a match or two during the tournament. We just might see her support Andy.


Last June, Kate took George to his first of many polo matches, where he cheered on Prince William for a Father's Day match at Cirencester Polo Park Club. The outing produced a selection of adorable photos of the little prince with his parents. Perhaps, though unlikely, we'll see Kate at the polo this year. 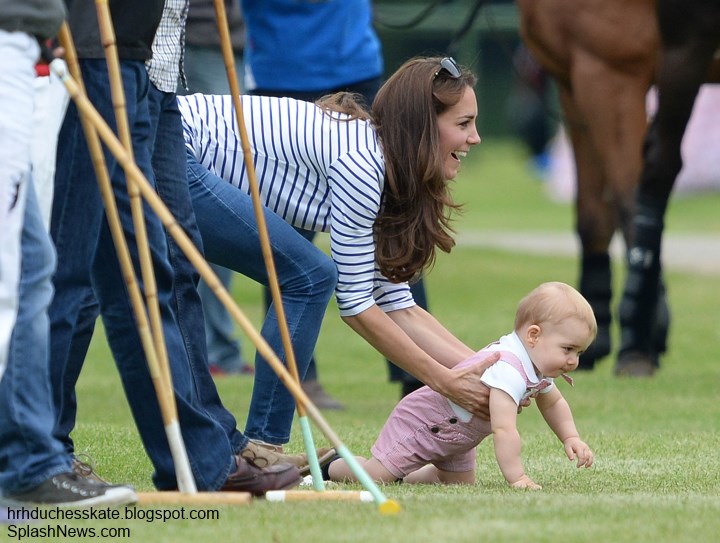 Speaking of polo, princes William and Harry participated in the Audi Polo Challenge over the weekend. The game was in support of three charities close to the their hearts - Centre Point, Child Bereavement UK and Well Child. 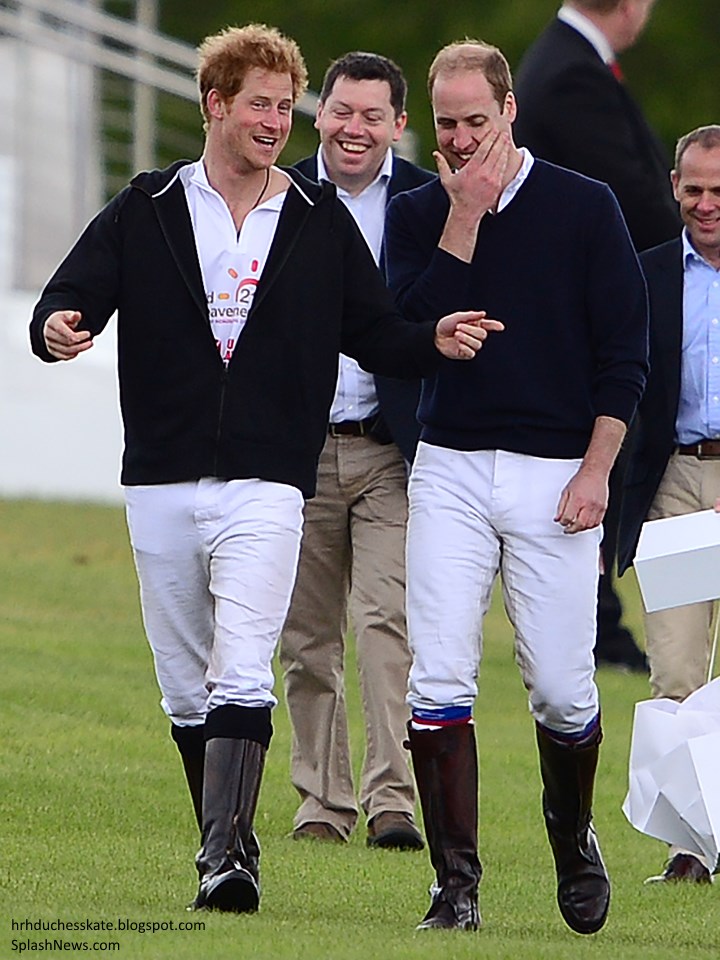 Prince William received a gorgeous pair of Hunter Boots for Princess Charlotte from Andre Konsbruck, Director of UK Audi. Upon receiving them he said "I think George would prefer those".

Angela got in touch with an ID for the boots. They are the Hunter 'First Gloss' Rain Boots. They retail for $50 at Nordstrom with sizing ranging from 8 - 12 months.


A great shot of the princes after the match. 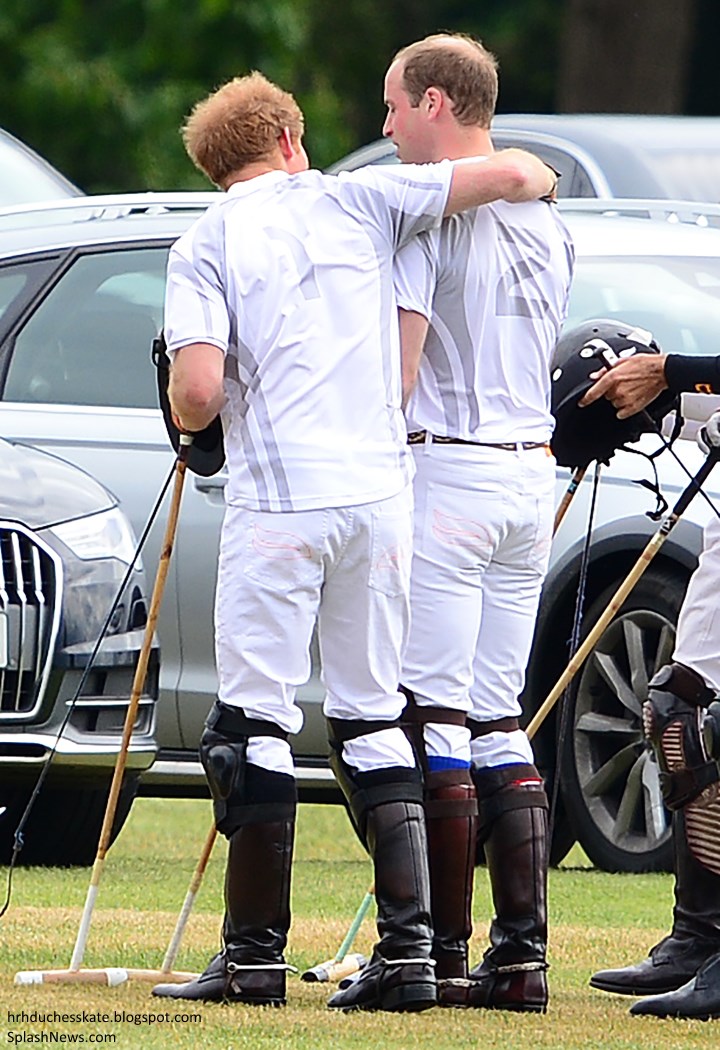 Following a fun afternoon of polo, Prince William returned to work as an air ambulance pilot with the East Anglian Air Ambulance yesterday. More from Hello!:

'On Monday William – who has been on a combination of unpaid leave and paternity leave – resumed his job as a pilot with the East Anglian Air Ambulance. It is understood that the Prince is in the final stages of his pilot training and when he is fully qualified, he will be responsible for transporting patients to hospital.'


William carried out several engagements over the past couple of weeks. Speaking to match of the day presenter Gary Lineker last week he was asked when he would take George to his first match: "I don't know, I'll have to pass that by the missus, see how I can get away with it! At the moment, being only 22 months, it's a little bit early."

We have a few fashion updates to share today too. The identical version of Kate's ASOS Maternity Wrap Dress, the 3/4 sleeve, spot print dress is available in most sizes for £35.

Kate's popular Somerset by Alice Temperley Boat Print Dress is back in stock again. The shift dress features short elbow sleeves and a flattering round neckline. It retails for £99 at John Lewis.

Below we see Kate wearing it in February for an engagement with The 1851 Trust. 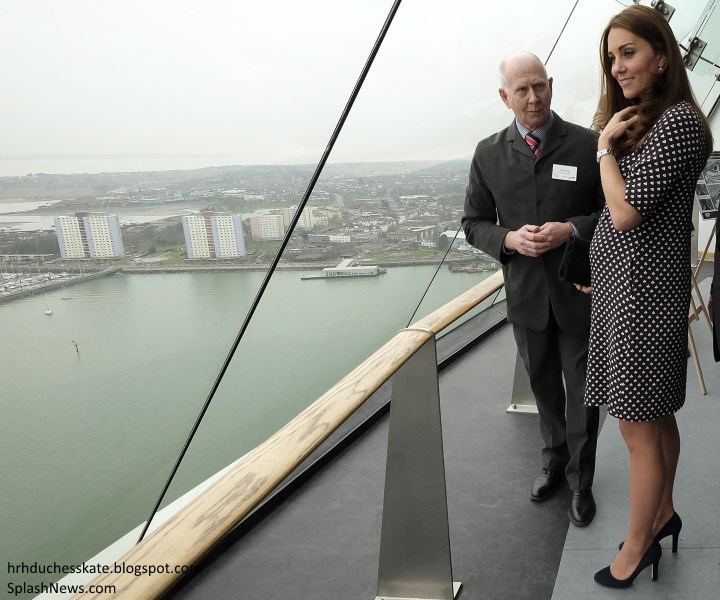 There's a significant sale underway at Nordstrom at the moment with up to 40% off. There's a number of Kate brands available including a significant amount of Jimmy Choo and Aquatalia footwear. Kate's Rhumba Boots remain on sale with a 35% discount.

It's been a very fun week over on our Repli-Kate page. With thanks to everyone who got in touch to share pieces, if you haven't visited yet, you can do so by clicking here. :)
Posted by Admin at 03:44:00