Kate Gets Creative, A Visit to Downton Abbey & Win A Pair of Kate's Mirabelle Earrings!

We're back with the latest updates and an exciting giveaway!

As you all know, the Duchess of Cambridge visited The Goring Hotel on Monday to join in the festivities celebrating the hotel's 105th birthday. The Palace confirmed the visit was not part of her schedule and her attendance was in a purely private capacity. Unexpectedly, The Goring shared a photo of the Duchess putting her artistic stamp on the finishing touches of one of the refurbished rooms on their Facebook Page (with thanks to Kate Middleton Style for discovering it).


The photo offers another look at Kate's floral-print Erdem dress and once again displays her love of art. Below, a photo from inside the reception.


We've seen Her Royal Highness showcasing her creative side quite a bit lately. On a visit to the home of Ben Ainslie Racing last month Kate put the finishing touches to a mural, and she revealed she had been painting with Prince George the day before - an activity they both clearly enjoy. 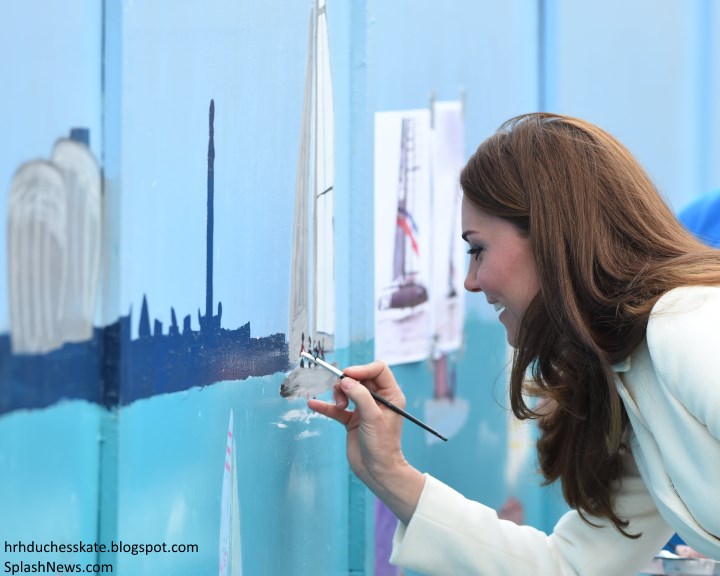 The Duchess also played a part in a collaboration between Emma Bridgewater and East Anglia's Children's Hospices resulting in the design of two mugs which will see £5 from each sale going to the charity. 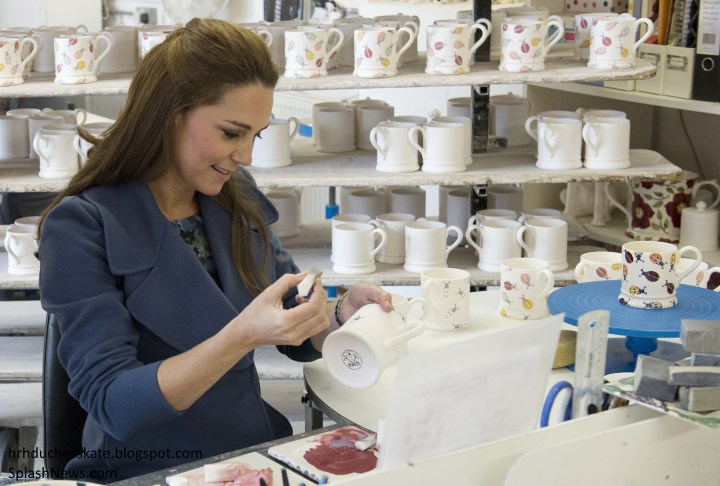 It was great to see a photo from inside the event. It looks like Kate and the other guests had a splendid time!

Another engagement has been added to Kate's calendar for Thursday, 12 March. The Duchess will have the exciting chance to visit the studios of Downton Abbey. According to the Palace the visit is to "celebrate the success of the award-winning production".

In New York last December Prince William revealed the couple are huge fans of the show and planned to tune into the festive special on Christmas Day. Undoubtedly Kate is very much looking forward to this engagement, seeing various areas of the production process and meeting costume designers. 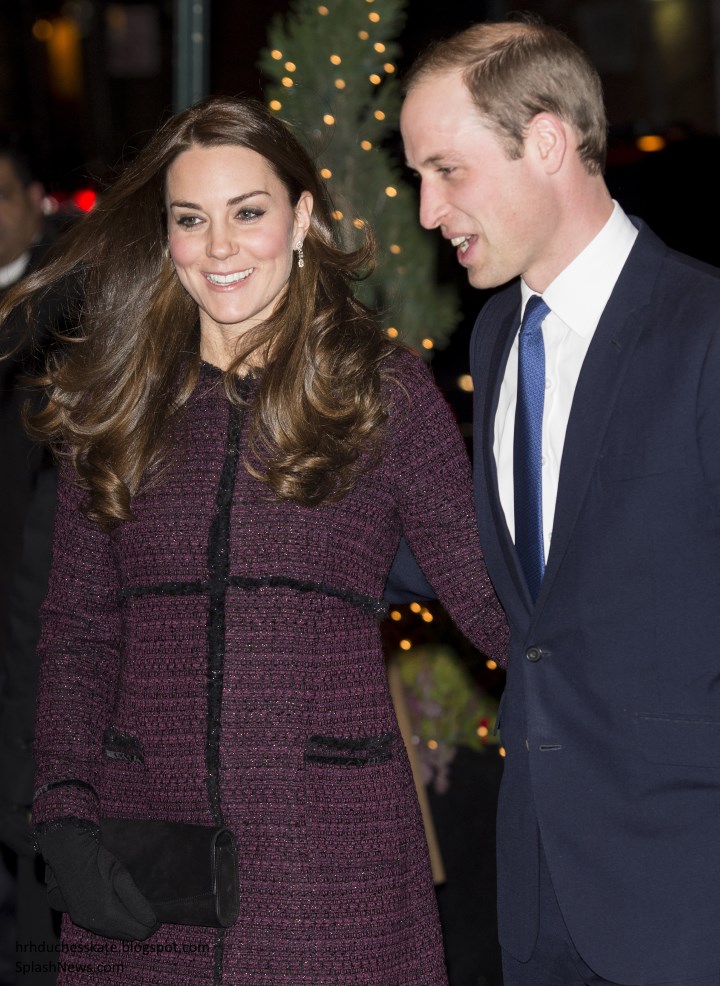 'There will be an opportunity for the Duchess to watch one take of a scene being filmed in the servants' quarters for Series 6 and a second take of the scene via a monitor in the 'Video Village' area, before proceeding to the Servants' Hall to join cast members, writers and producers in an official photograph.

After walking through a covered walkway showing the history of Ealing Studios, the Duchess will attend a brief reception and meet production, editorial and Ealing studios staff, as well as more cast members including Hugh Bonneville (Robert) and Elizabeth McGovern (Cora), before unveiling a plaque to commemorate the visit.'


Downton Abbey's set is proving quite the spot for royals. The stars of the show enjoyed a visit from the Countess of Wessex and Mexico's First Lady, Angelica Rivera, on Wednesday. The President and First Lady made a state visit to Britain which garnered a large amount of press coverage. 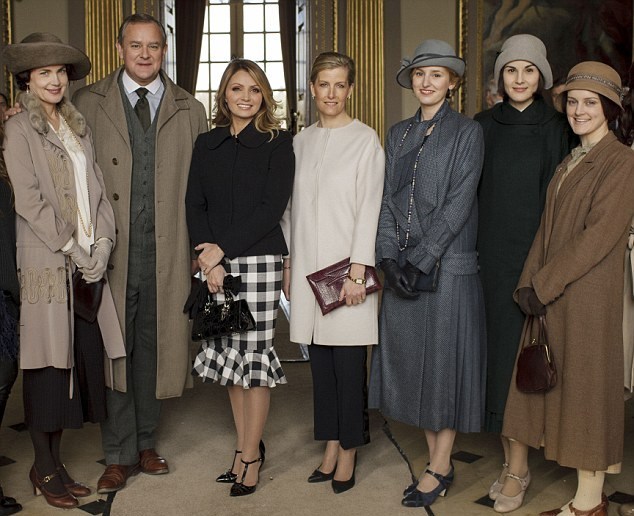 I've loved the show since it first aired and like so many have enjoyed following the fortunes and misfortunes of the Crawley family and their staff. With character driven stories and a stellar cast it really is a fabulous period drama. Do many of you watch it too? It's been an incredible success both at home and across the pond.


The reaction to Lady Mary's shorter hairdo last season provided one of the funnier moments.


And of course, the Dowager Countess of Grantham always steals the show.


A quick reminder of Kate's schedule for March; it's much busier than we had anticipated:

If Kate does attend the parade, I expect it will be her last outing before the baby is born next month (yes, next month; time certainly flies).

Finally, we have an exciting giveaway to share from our friends at Mirabelle Jewellery. Below we see the Duchess wearing the brand's Lolita earrings. 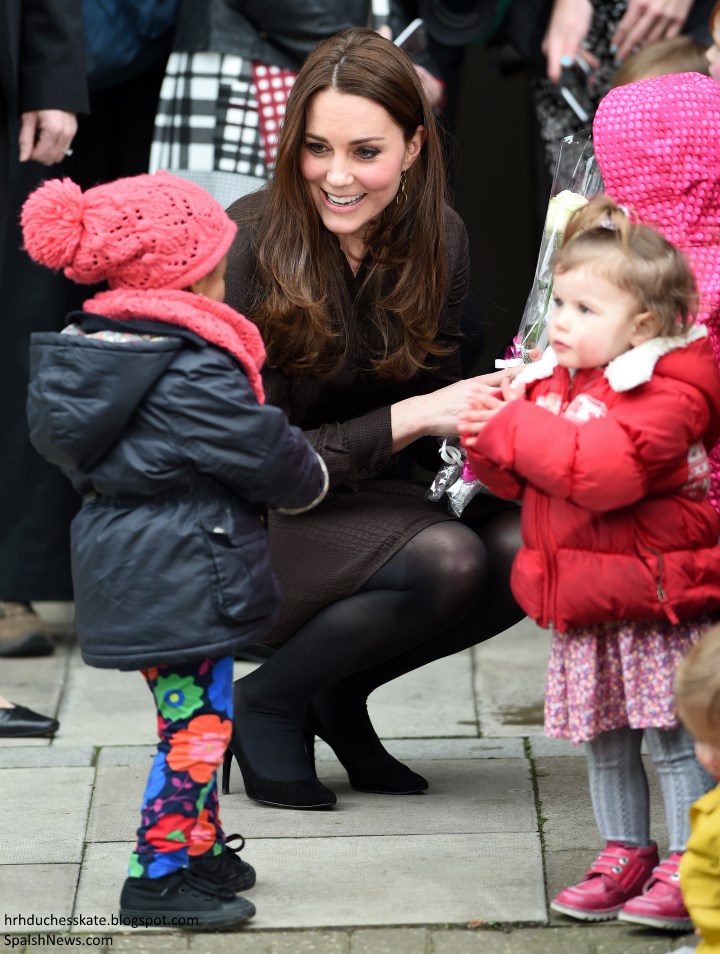 The £30 Gold Plated Loop Earrings are a stylish and affordable addition to any collection. The hand made, fair trade pieces are described as "22 carat on Brass, 4cm long. The hooks are sterling silver gold plated".

The earrings are part of Mirabelle's Mythology Collection.

Mirabelle are kindly giving away a pair of the Lolita earrings to one of our readers. If you would like to participate here are the entry options:

First Entry - Leave a comment letting us know which Mirabelle piece is your favourite. You can visit the website here.

Let us know how many entries you have completed in your comment (each participant can have a maximum of four entries).