UPDATED: The Royal Family Gathers for the Queen's Pre-Christmas Luncheon 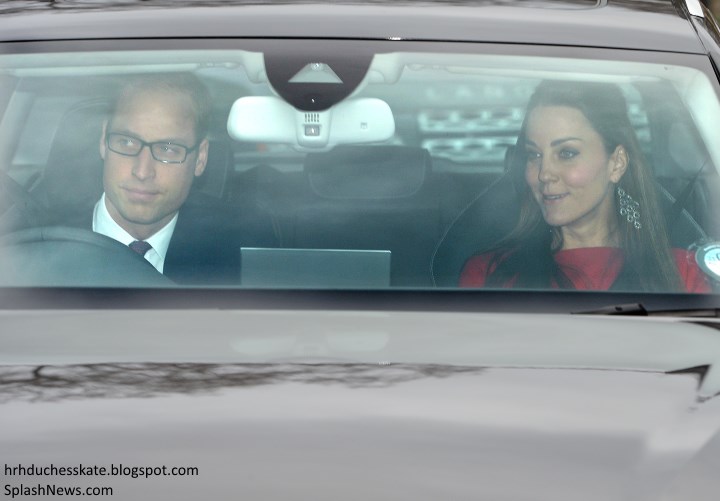 The Duke and Duchess of Cambridge looked relaxed upon arrival following a busy couple of days. Yesterday, Kate surprised the scouts in Bow, East London by turning up for a meeting, much to the delight of the unsuspecting children. They enjoyed a great evening of activities before badges were presented. Meanwhile, Prince William was fresh from an early-morning visit to homeless charity Centrepoint in Soho. 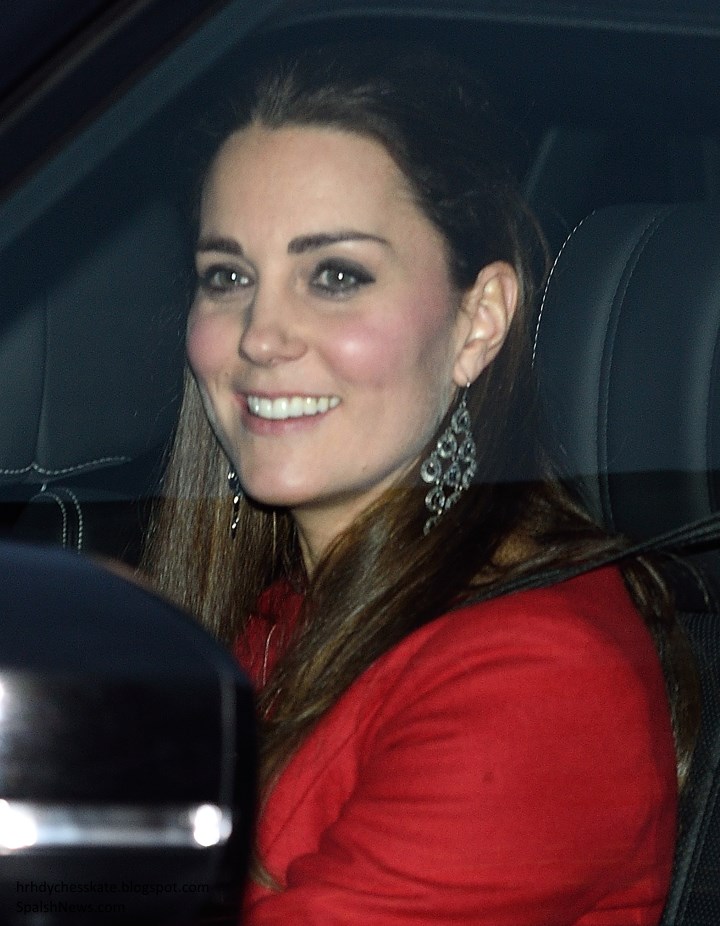 The Queen hosts the 50-strong luncheon every year for the entire extended family, many of who will be spending Christmas with their own children and grandchildren rather than joining the annual gathering at Sandringham. Her Majesty and Prince Philip are expected to make the journey to the Norfolk estate within the next couple of days, where they will settle in before welcoming their children, grandchildren and other relatives on Christmas Eve. 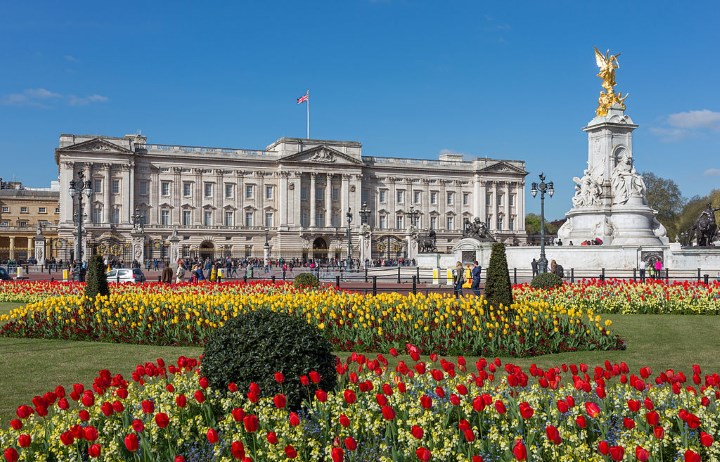 Today's gathering is one of the few occasions where so many immediate and extended members of the Royal family assemble together and Her Majesty is said to take attendance very seriously. Below we Prince Harry arriving. 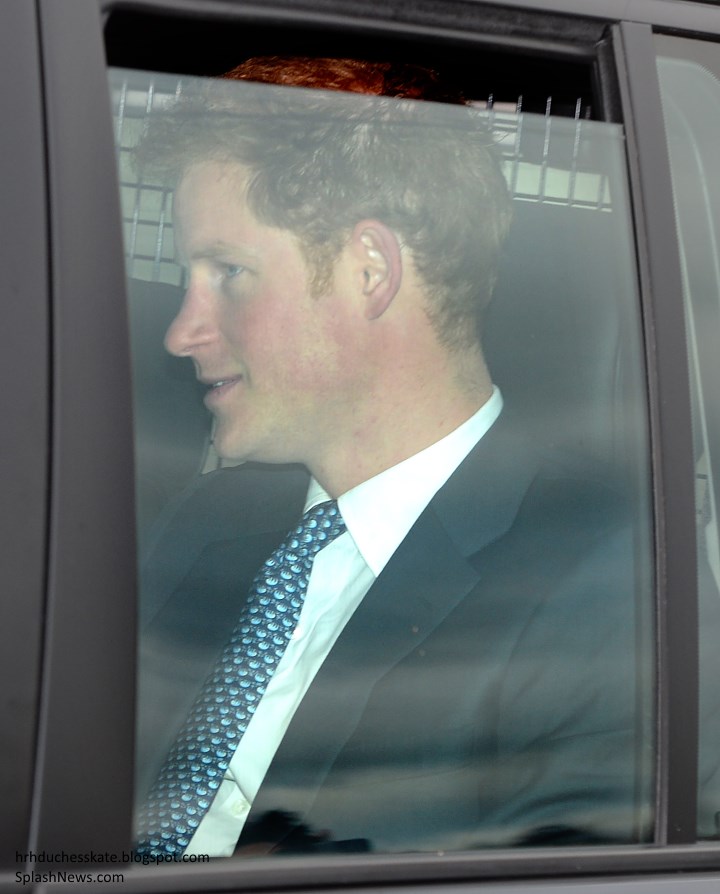 Attendees include Princess Anne's family, the Yorks, the Wessexes, the Wales and the Linleys, and also Lady Helen Taylor and her family and the Gloucesters and Kents. Peter Phillips' wife Autumn looked very cheery and smiled for the cameras. 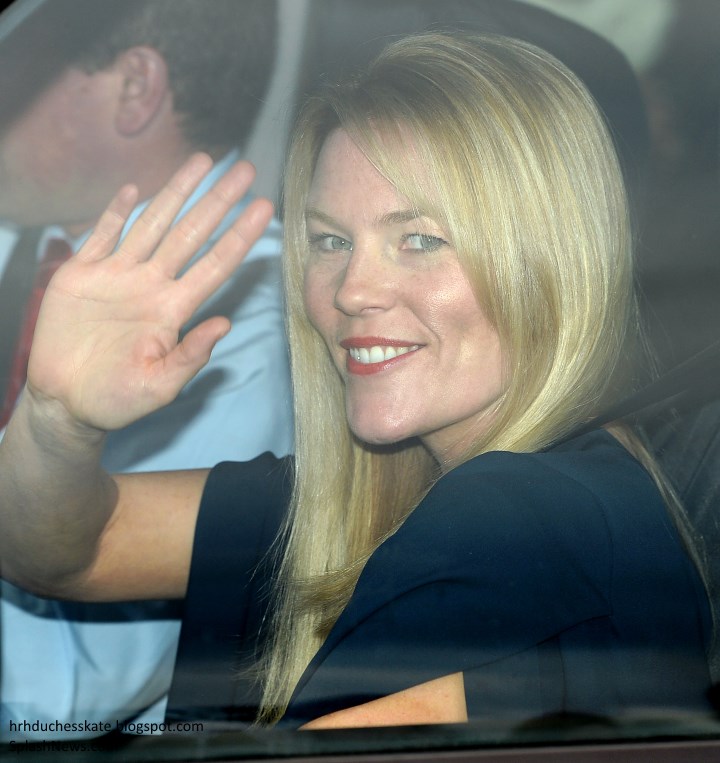 The royals are expected to stay for a couple of hours before departing. It is the fifth consecutive year Kate has attended the event.

Last year Prince George joined his parents with nanny Jessie Webb and although they arrived without him, the little prince was there with his nanny Maria today.

The Mail Online story shows a glimpse of George in the back of a land rover.


Her Royal Highness looked festive in a red dress. 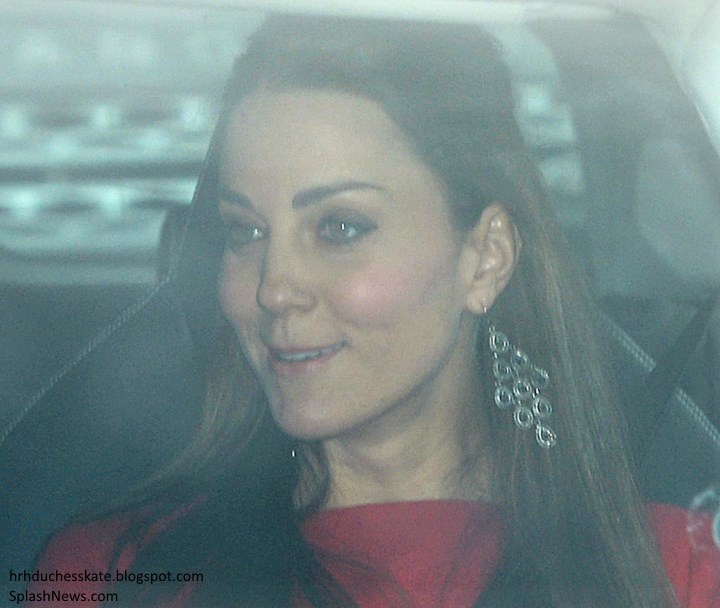 Unfortunately it's practically impossible to definitively determine the designer of the dress, there are a number of strong possibilities we know of including the Katherine Hooker 'Ascot' dress the Duchess wore for a visit to East Anglia's Children's Hospices last month. 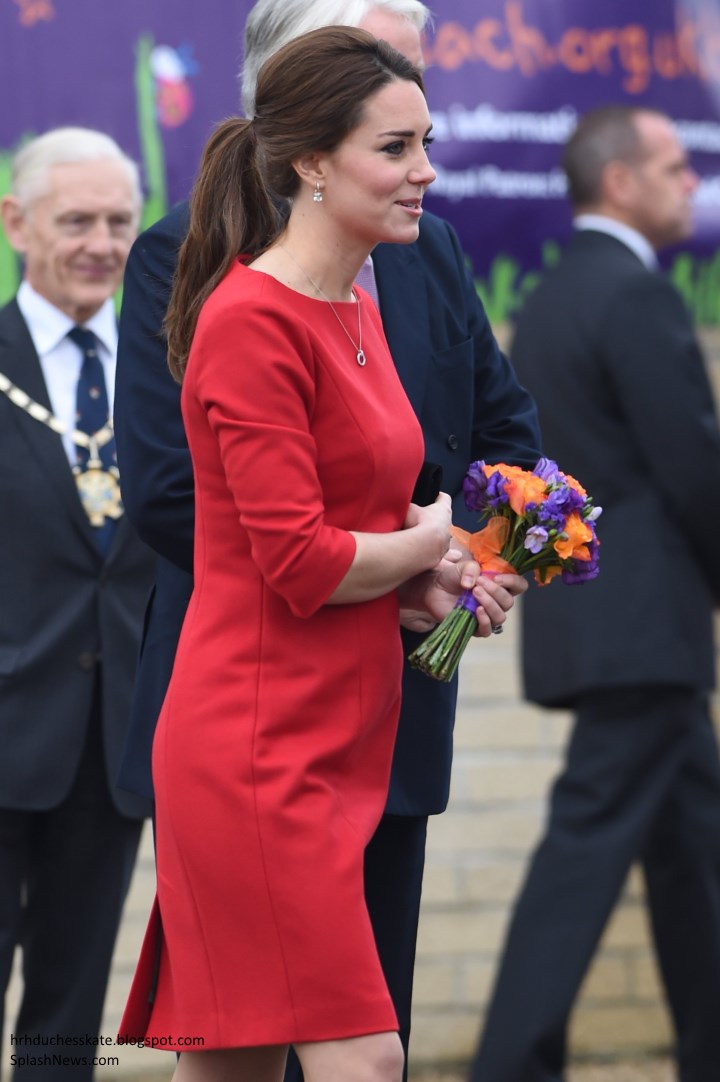 The Beulah London Elsa dress was also suggested, however, at this point in Kate's pregnancy I'm unsure if the garment would still be a comfortable fit.


The Duchess wore a pair of statement earrings she's had in her collection since her pre-engagement days. The dazzling pair have never been identified, Kate has a penchant for bringing back pieces of jewellery she hasn't publicly worn in years and giving them a second life. 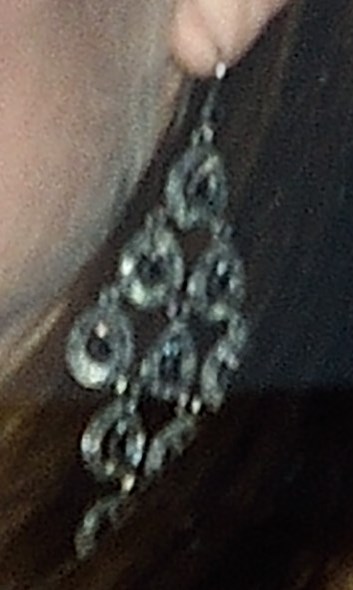 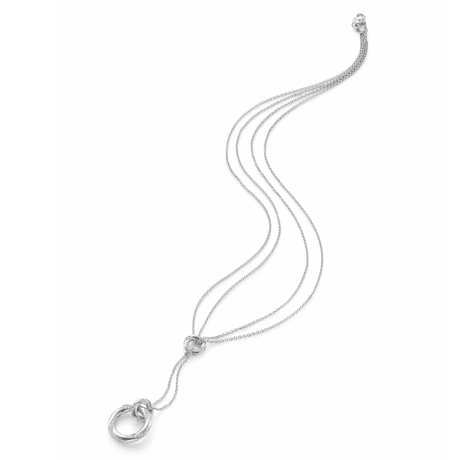 She wore her hair in a pretty partially-up style.

We expect to see the Cambridges next on Christmas Day!
Posted by Admin at 15:19:00