As we begin another week, it looks like it could be a busy one for royal watchers. On Saturday, 8 November, the Duke and Duchess of Cambridge will spend the day in Wales. 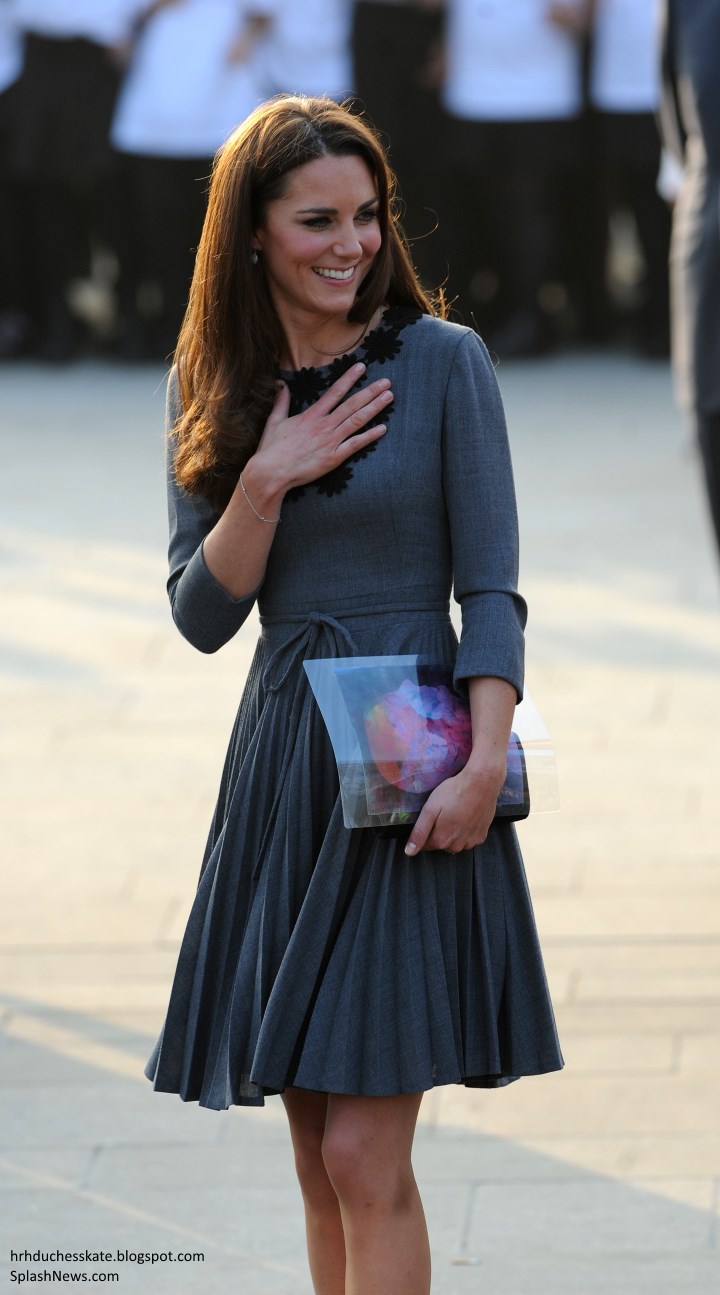 The day begins with a visit to the Valero Pembroke Refinery, a significant employer and part of the local economy in West Wales for the past fifty years. The oil refinery occupies a prominent position on the south bank of the Milford Haven waterway and can be seen for many miles.

'Their Royal Highnesses will view a display which chronicles the 50 year history of the refinery and its relationship with the community, and meet workers, apprentices, placement students and their mentors.

The visit will conclude with a performance by the Young Actors Studio who works in partnership with the refinery through the Royal Welsh College of Music and Drama. Their Royal Highnesses will unveil a plaque and a painting by a local artist upon departure.'


The second engagement of the day is one rugby fan William will enjoy in particular. In his role as Vice Patron of Welsh Rugby Union, Prince William, accompanied by his wife will attend the Rugby Union international match between Wales and Australia at the Millennium Stadium in Cardiff.


William and Kate will observe the Remembrance tribute at the start of the match and afterwards at a reception William, as patron of the Welsh Rugby Charitable Trust, will meet injured players and their families who are beneficiaries of the trust. There's no mention of Kate attending this reception, although I cannot see any reason why she won't join William there.

What do we expect Kate will wear for the day? The best guide is to take a look at her attire for the last rugby match she attended at the same stadium in November 2012. William and Kate supported Wales against the New Zealand All Blacks and the Duchess wrapped up in her L.K. Bennett 'Ami' coat and Aquatalia Rhumba boots.

As we mentioned in our previous post, we also expect to see Kate on Sunday, 9 November for the National Remembrance Service at the Cenotaph. The service begins at 11 a.m and as always there's excellent televised coverage on BBC One, beginning at 10.25 a.m. 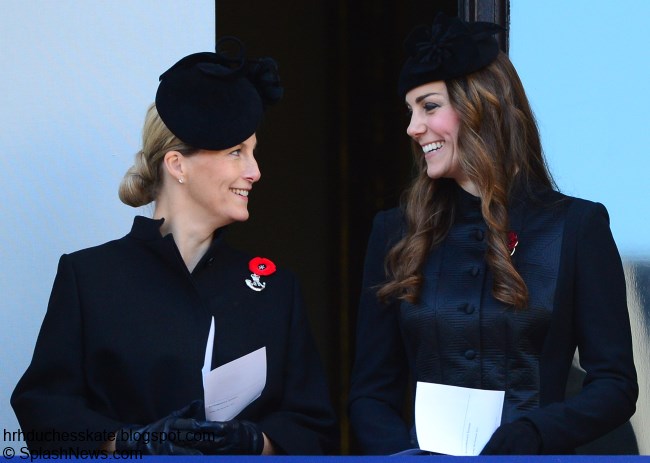 It's a particularly important time for remembrance and commemorating the centenary of WWI.

UPDATE: Next Wednesday, 12 November, The Duchess will attend a SportsAid athlete workshop at the GSK Human Performance Lab. Kate will meet young athletes who are potential Tokyo 2020 Olympic hopefuls as they part in a number of assessments.

Next, we're taking a look at the latest looks from a much-loved British designer Kate has worn several times: Amanda Wakeley. First, a brief look at the Atelier collection.


A gown which caught my eye immediately - the Furashiki Heritage Crepe Back Satin Bias Dress in red and peacock green.

According to the designer's website the Amanda Wakeley woman is "like the women in Helmut Newton photographs; she is statuesque, Amazonian and striking. The collection offers long strapless dresses, tailored corset dresses and elegant shift dresses. Take a look at the Kinuli Satin Dress below.

The Sayo Wrap-Front Silk Gown and the Grecian-inspired Kasai Dress.

Whilst glancing through the ready-to-wear collection I spotted the strapless Senshi Dress with side slit and thought it a tad too daring for the Duchess.

And then I remembered this: the jade Jenny Packham gown which was really quite a style departure for Kate and extends the possibilities in terms of her sartorial choices in the future. 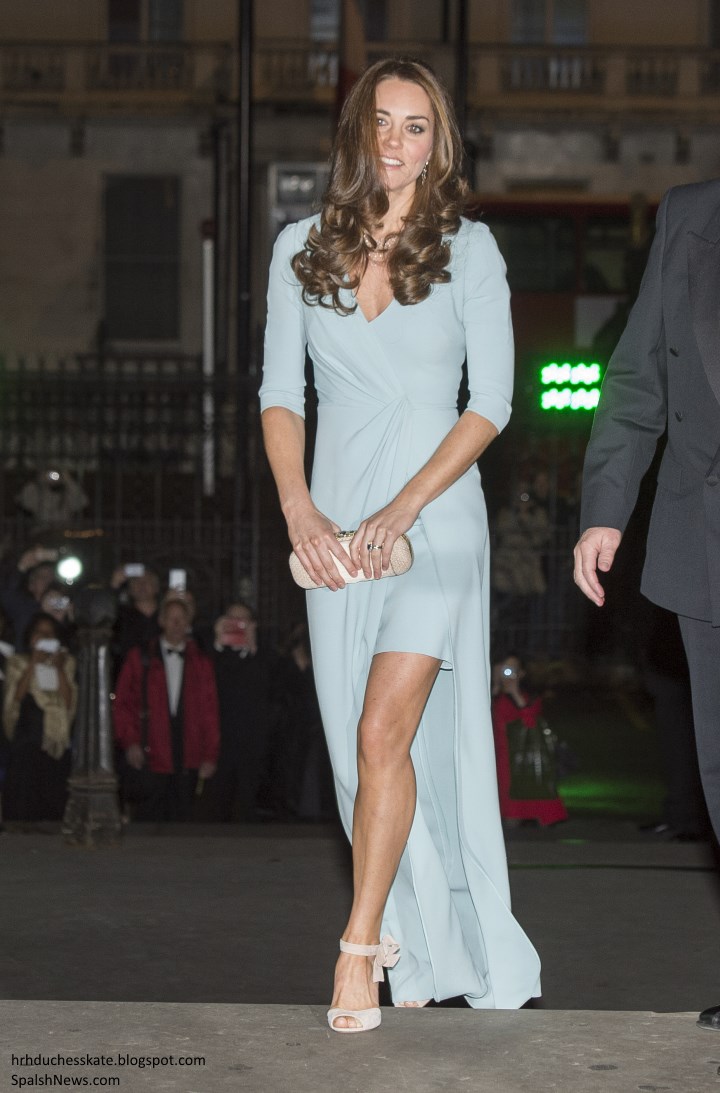 In terms of cocktail and daywear dresses, there isn't a huge selection which instantly scream "Kate", however, notable possibilities include the classic LBD Nadia, the Sorano snake chain embellishment dress, the Nori fitted dress and the Satomi V-Neck fitted dress.

The designer's separates offer cool, sophisticated clothing for autumn/winter with stylish coats such as the Mai Cocoon.

What are your thoughts on Ms. Wakeley's designs? Personally I much preferred her collections from a few years ago, however, I do think we'll see Kate in more of her pieces, and recycling the ones she already has.

The Duchess graces the cover of this week's Hello! Magazine for their 'Top 10 trail blazers of 2014' alongside Amal Clooney, Victoria Beckham, Cheryl Fernandez-Versini and Emma Watson.


Lastly, we want to address issues so many of you have been experiencing when leaving comments. For unregistered users, word verification has been implemented on Blogger blogs. For the moment, it looks as if it's here to stay (in an effort to combat enormous volumes of spam), however with this, comments are not coming through for moderation whilst others are arriving in the spam filter. We hope this will be resolved in the very near future and apologise for any inconvenience you may have experienced thus far.

We appreciate the time that goes into leaving comments and love hearing your feedback on appearances and posts. Should the issue persist we'll switch to an alternate commenting platform service. In the meantime, if you have any queries about the issue please don't hesitate to get in touch by leaving a comment or via the contact form on the right-hand menu.