Kensington Palace has announced that the Duchess of Cambridge has taken on another patronage - for a new sailing charity The 1851 Trust. 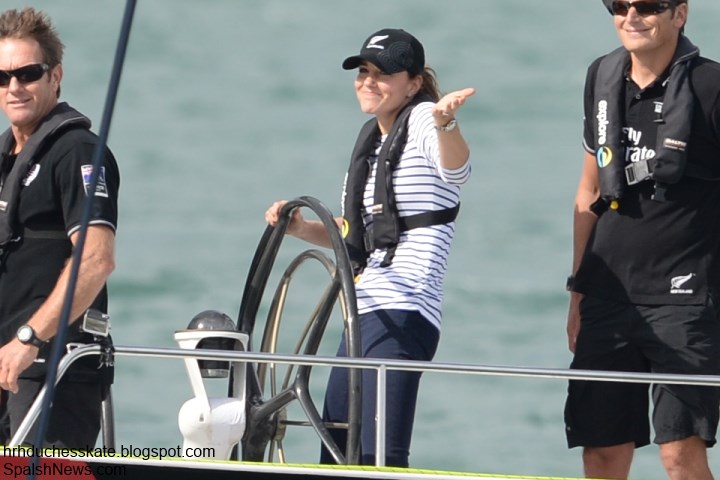 Supported by Ben Ainslie Racing, the trust hopes to inspire and engage a new generation through sailing and the marine industry, providing young people with the skills and training to become innovators of the future.

The trust has been launched in tandem with Olympic gold medallist Sir Ben Ainslie's bid to enter a team in the America's Cup in 2017 to bring the trophy back to Britain for the first time since 1851. Kate supported the bid at a reception in June and had scheduled an engagement to visit the team base last week, but had to cancel due to suffering from Hyperemesis gravidarum. One expects the Duchess had hoped to announce the good news at that event. 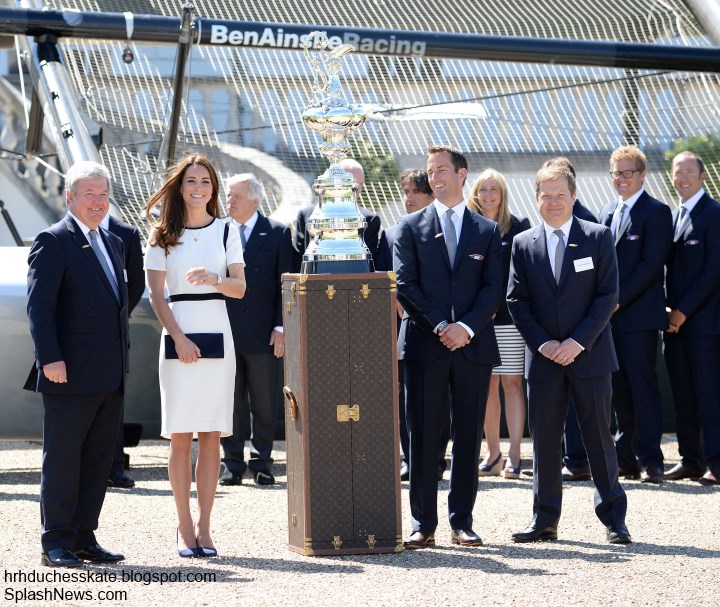 In a statement released by the Palace, Kate spoke of her love of sailing and her delight at playing a role for the fledgling organisation:

'I'm delighted to be royal patron of the 1851 Trust. I feel very fortunate to have enjoyed sailing from a young age and I know it is a great way of providing young people with the opportunity to developed skills and confidence.

It is a hugely exciting time for sailing as the British Challenger bids to bring the America's Cup back to Britain. I am looking forward to being part of this journey and I hope that through the 1851 Trust we can engage and inspire a new generation into sailing along the way.'

Ben Ainslie has reported Kate is keen to take "a very active role" in the trust and was "itching to get out on the water". No doubt we'll see the Duchess attend several events in association with the bid over the next couple of years.

Kate's love for sailing stems back to her childhood. During her gap year she got a job as a deckhand on a sailboat which involved long days beginning at 6.30 a.m. and physical work. Tasks included everything from waiting tables, chatting to guests and ensuring they felt comfortable, to cleaning the boat and helping get the sails down. Impressive social skills were an essential part of the £40-a-day job.


It is the first patronage announcement for Kate since January 2013 and in many ways an obvious selection for the Duchess. We know Kate thoroughly enjoys sailing and is a keen sportswoman. At sporting engagements, we regular see Kate participate whether it be hockey, volleyball or cricket.

Indeed, supporting sport is arguably going to become a specific area for Kate. The couple's official website has added a page dedicated to Kate's interest in sport.

The announcement brings Kate's total number of solo patronages to eight. The Duchess also shares two joint patronages with the princes. In January 2012, Kate's first chosen charities were confirmed by the palace. The choices concentrated on utilising her art history degree and working with children. The first of these - East Anglia's Children's Hospices is one you all will be familiar with.  The organisation supports families and cares for children with life-limiting conditions.

Action on Addiction was considered a very interesting choice for the Duchess and at the time it was very much thought this may become an area we would see Kate champion similarly to William's work with conservation and Harry's dedication to military charities. The organisation helps people with addiction problems through prevention, treatment, support and rehabilitation. 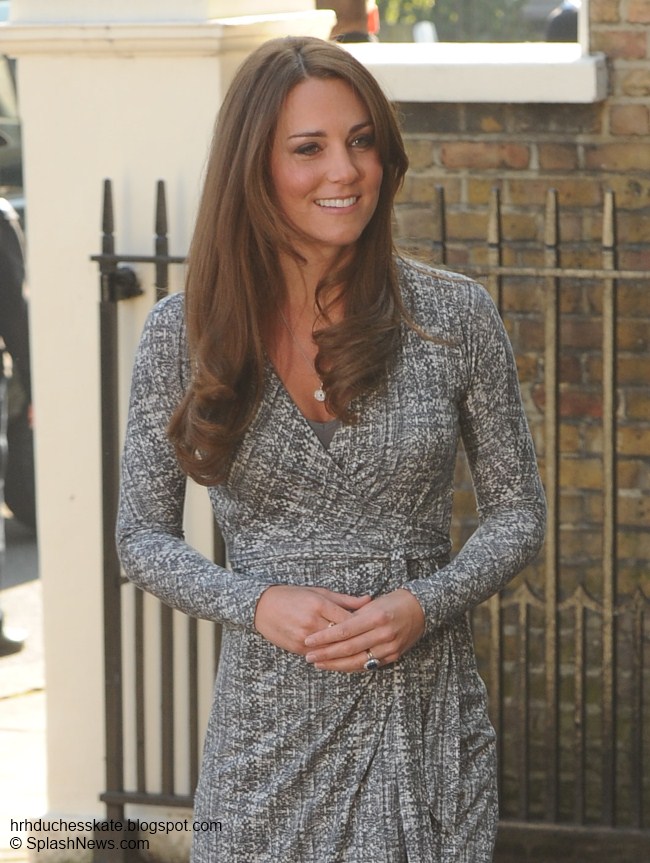 The Art Room is an Oxford based charity aimed at helping 5 to 16-year-olds experiencing emotional and behavioural difficulties. They currently have five schools and offer art therapy as a means of helping to increase children's self esteem and sense of independence. 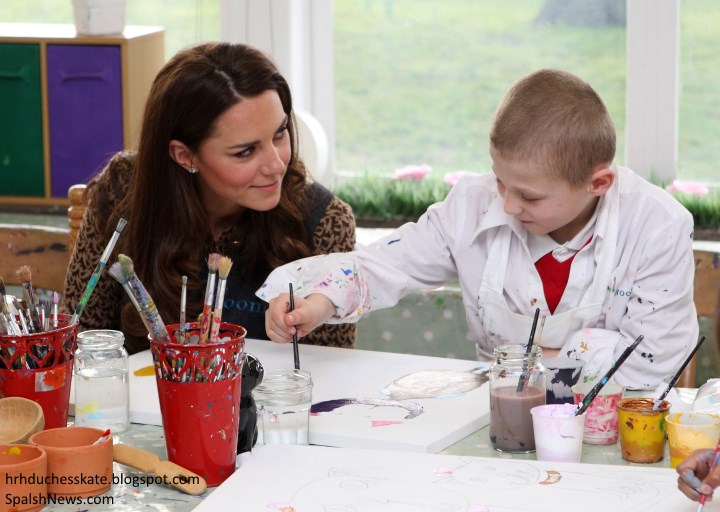 The National Portrait Gallery was an obvious choice for art history graduate Kate. The gallery holds the most extensive collection of portraits in the world.

Kate also officially became patron of The Royal Foundation of The Duke and Duchess of Cambridge and Prince Harry which was established by the princes in 2009 and became fully operational in 2011. The foundation is used as the main vehicle for their philanthropic initiatives focusing on young people, conservation and armed forces.

The Palace confirmed Kate planned to volunteer with the scouts during her spare time in Anglesey. Aides were eager to stress William and Kate wanted to give something back to the isle where they enjoyed their first home together, and the Duchess plans to continuing supporting the scouts across the UK.

Along with the announcement, St James's Palace released this statement:

'The Duchess of Cambridge considers it an honour to be associated with her patronages and is very much looking forward to getting stuck in.

Of her four patronages two were selected from letters sent to St James' Palace and the other two through research. Action on Addiction was chosen because, as she visited young people's charities, almost everyone working in the field pointed to addiction as a major problem and she wanted to help highlight that.

More organisations will follow but she wanted to pick a few she can get involved with on a regular basis.'

Eight months later, the Palace shared news William, Kate and Harry had become joint patrons of 100 Women in Hedge Funds philanthropic initiatives. It is a fundraising arm for professionals in the investment management industry and has supported royal charities Action on Addiction, WellChild and The Art Room. 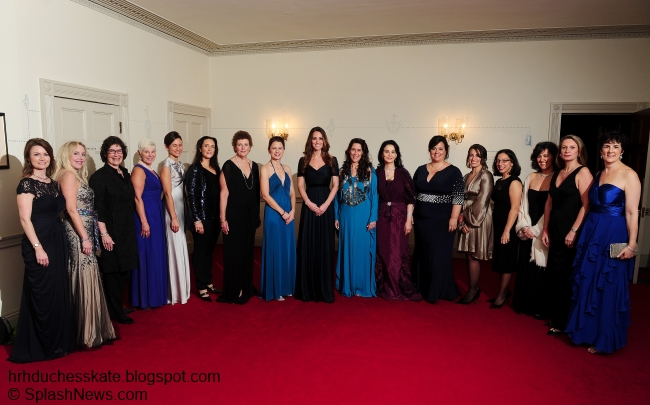 In April 2013, Kate's next three selections were released following a series of private visits. The Duchess decided to lend her patronage to The Natural History Museum in London, a role whose previous incumbent was Diana, Princess of Wales. Diana was patron until 1993, when she gave up many of her posts following the divorce.

The museum is home to world's largest and most important natural history collection, with over 70 million specimens. The Butterfly Exhibit at the museum proved the perfect backdrop for the first birthday photos of a very special little boy!

Place2Be is a national charity providing emotional support to children in schools. A spokesman for St James's Palace said that it was through her work with Action on Addiction that the Duchess became interested in the charity rather than any personal experience of bullying (Kate reportedly left Downe House School after two terms because of bullying, moving on to board at Marlborough College). The Duchess' inspiration for choosing the charity came from her belief in increased understanding of the need to intervene early with children.

Kate was inspired to become patron of SportsAid after her role as London 2012 ambassador during the Olympics. The organisation helps teenage able-bodied and disabled athletes to fulfil their potential by funding their training and the cost of travelling to competitions. 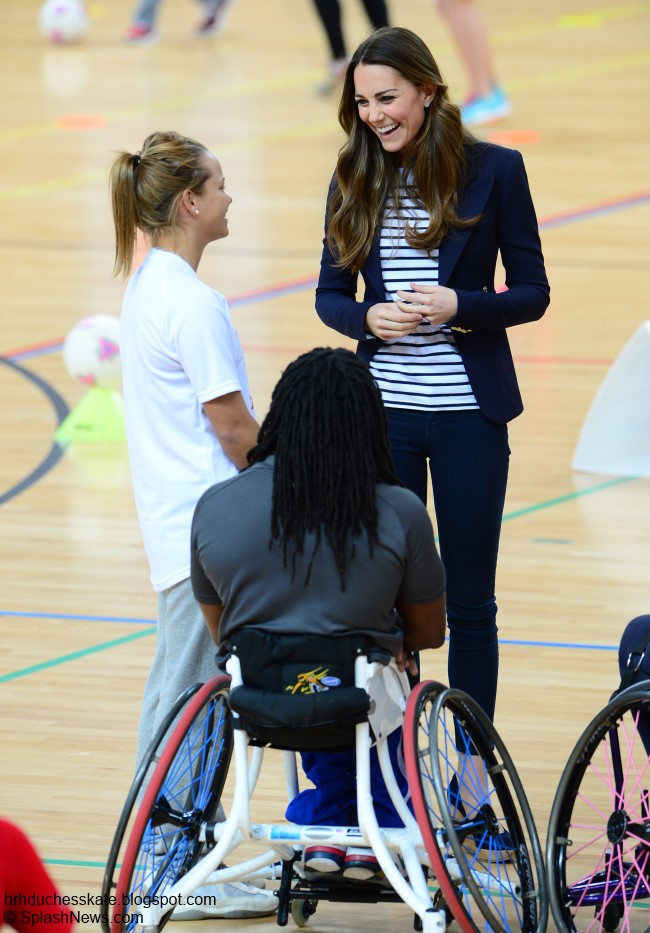 Scrolling through the list, there's certainly a nice mix of organisations, combining Kate's interests, education, love of sport and the prominent social issue of addiction, along with the incredibly important role of supporting hospices. It would be excellent to see the Duchess build on these patronages further and continue to support the individual charities both publicly and privately. Thinking ahead, it would be very interesting to see Kate draw on her personal experience and support a pregnancy sickness organisation.

One cannot estimate the value of a royal patronage. I had the opportunity to speak with a key member of staff at an organisation once supported by Diana, and it was mentioned that the charity has been feeling the strain without the media coverage and increased donations it enjoyed during Diana's time.

It's always wonderful to have a post dedicated to charitable endeavours. Learning about them and their work remains one of my favourite aspects when writing this blog. What do you think of Kate's latest patronage selection and her choices thus far?
Posted by Admin at 22:34:00