What to Expect now Kate's Expecting

Last week we heard the joyous news the Duke and Duchess of Cambridge are expecting their second child. Many have estimated the baby will be due around April - more than estimated in fact. British odds-makers began making predictions about names and birth dates for William and Kate's second child. When Kate hits the twelve-week mark the Palace will confirm the month. Until then, how much will we see of Kate during this pregnancy? 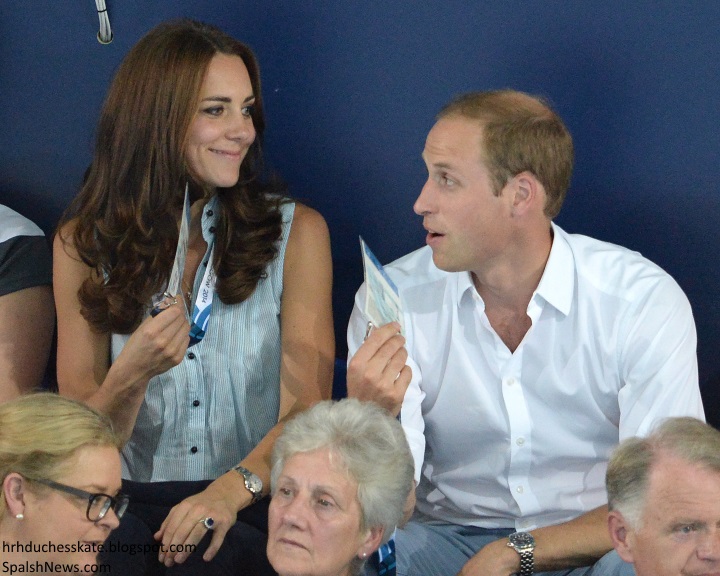 At the moment the Duchess is with her parents in Bucklebury. William joined the Queen and Prince Philip at Balmoral last Thursday, went shooting on Saturday and was spotted at a church service yesterday. The imminent decision on Kate's mind is her much anticipated first solo trip to Malta, scheduled for this weekend. This was marked as an important milestone for the Duchess in her role as a member of the Royal family and it was seen as a special gesture by Her Majesty to send Kate to the country she spent some of the happiest times of her early marriage in. 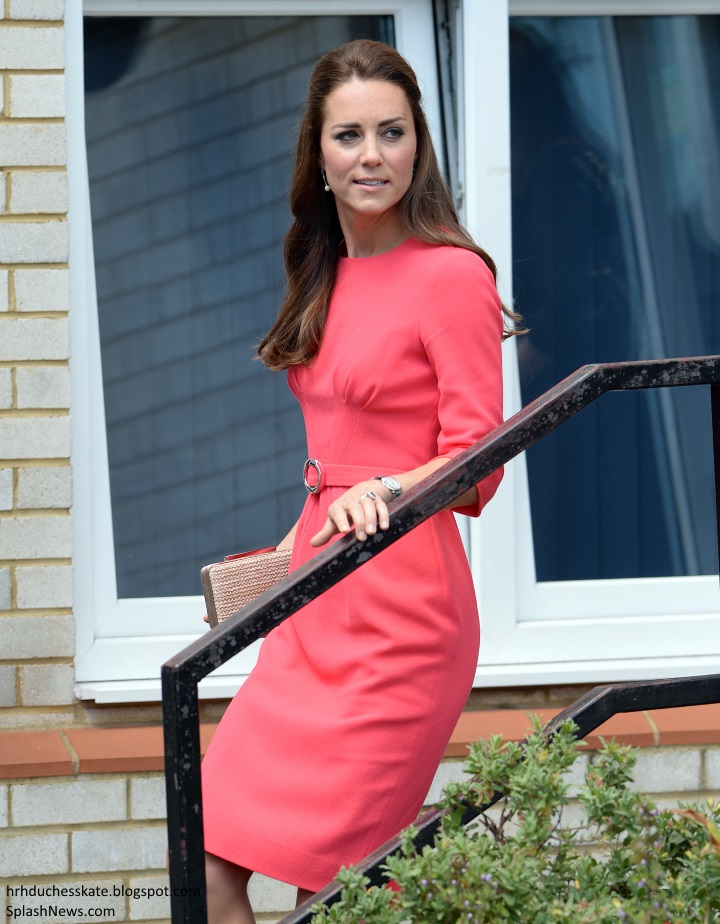 The Palace confirmed Kate will make her decision by Wednesday, and while I believe she would like to go I think it very unlikely at this point. Even if she feels somewhat better by Wednesday, there are absolutely no guarantees she will not be very unwell by Saturday.

Meanwhile, Palace staff have been busy searching for a replacement to fill in for Kate. William is thought to be the frontrunner for a variety of reasons. As Kate's husband it would seem fitting, press and media have booked their accommodation and are expecting to have a senior member of the family there. However, if Kate is feeling very poorly she may well want William by her side leaving the role open to other royals, including Prince Harry. One imagines Princess Beatrice would be very eager to attend (she's incredibly willing to become more involved in royal duties) but she may be considered too junior a royal for such a visit.

As you can see, this is following a very similar pattern to Kate's first pregnancy, although it's important to note each pregnancy is different and a nurse I was speaking to informed me Hyperemesis gravidarum can be considerably worse with successive pregnancies. 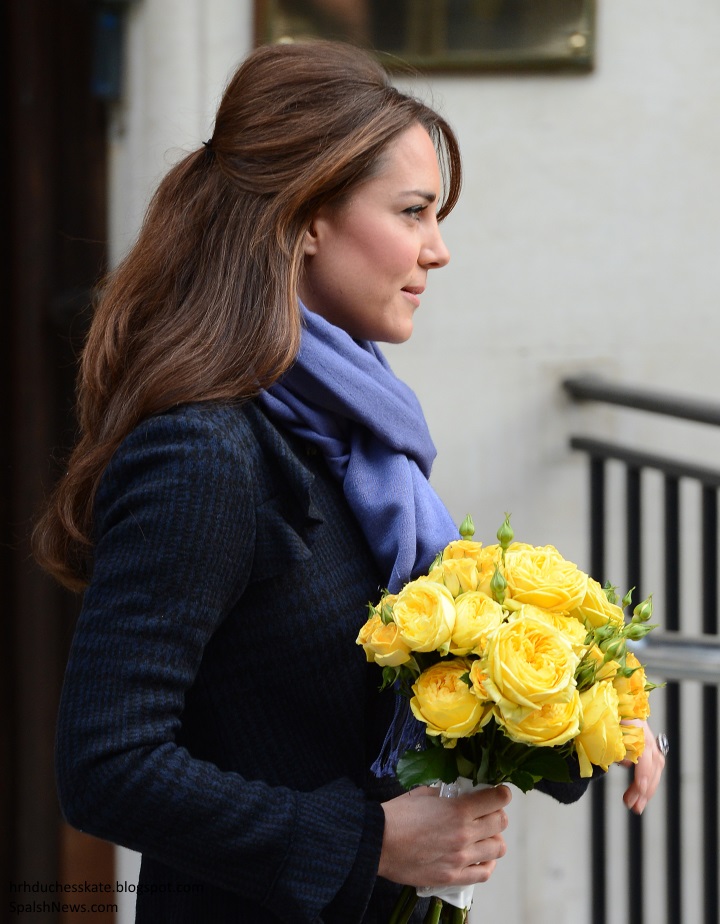 Kensington Palace said engagements will be taken on "a case-by-case basis" meaning we may not see anything scheduled for some time and if we do they may be announced with very little notice. Just a couple of weeks after her first pregnancy was announced Kate made a surprise appearance at the BBC Sports Personality of the Year Awards. The press were informed of the news Kate was feeling well that day and wanted to present an award just hours before the show. The Duchess wore a stunning green Alexander McQueen gown but looked quite tired and pale; she elected to stay for only 45 minutes. 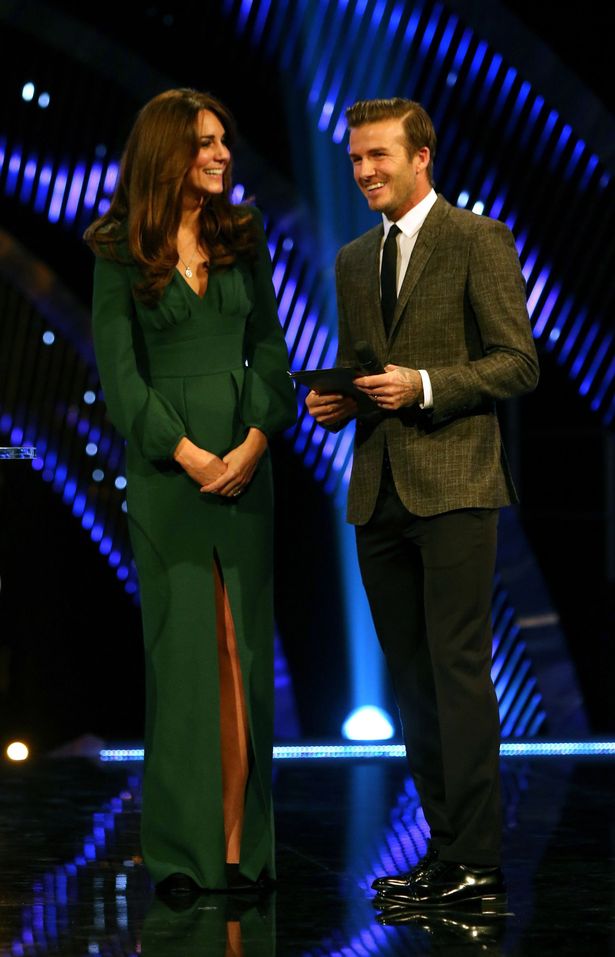 A couple of months later Kate was feeling considerably better and began taking on a few engagements here and there and rounded up her official appearances with Trooping the Colour, before taking maternity leave five weeks before George's arrival. 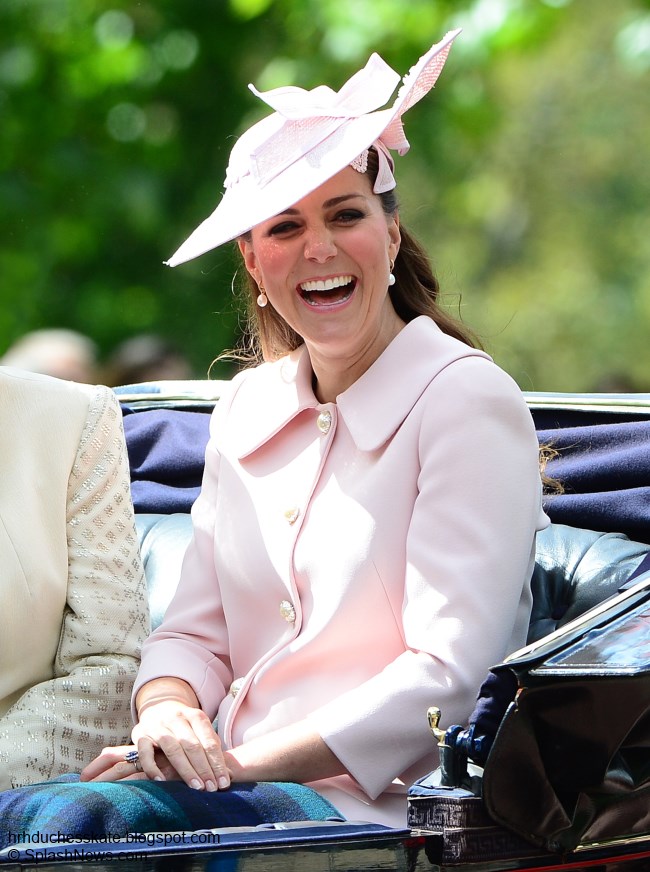 Annual events attended by the Royal family, such as Remembrance Sunday in November, are ones I would pencil in for Kate's diary. 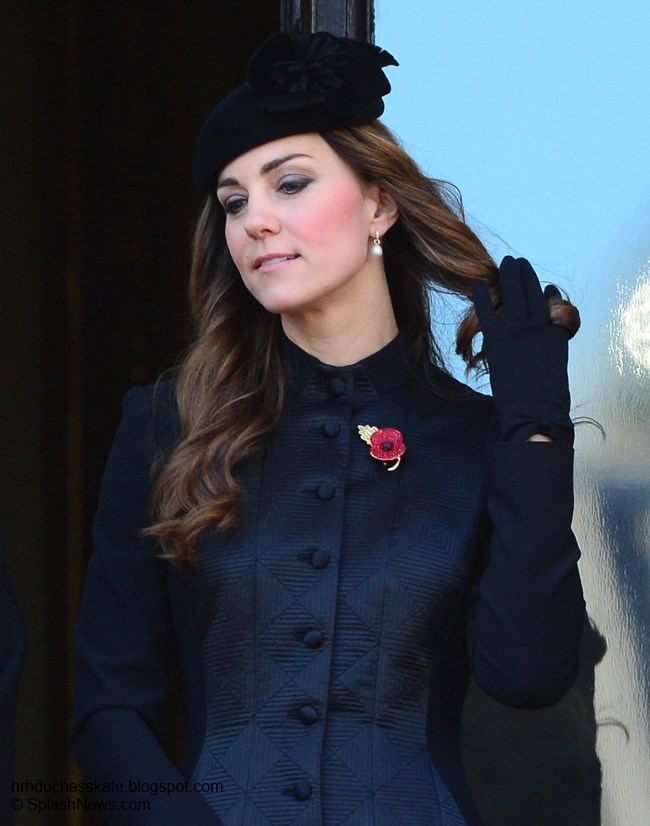 Where the Cambridges will spend Christmas this year has been another topic of conversation. Last year they enjoyed the festivities with the Royal family at Sandringham, and the previous year at Bucklebury with the Middletons. It is believed this is a pattern they mean to continue, ensuring neither family is left out.


If the couple do plan to alternate family Christmases, this year they will celebrate with the Middletons. It would offer a more relaxed family setting than Sandringham which involves meeting well-wishers, the walk to Church, awaiting the press and several outfit changes. 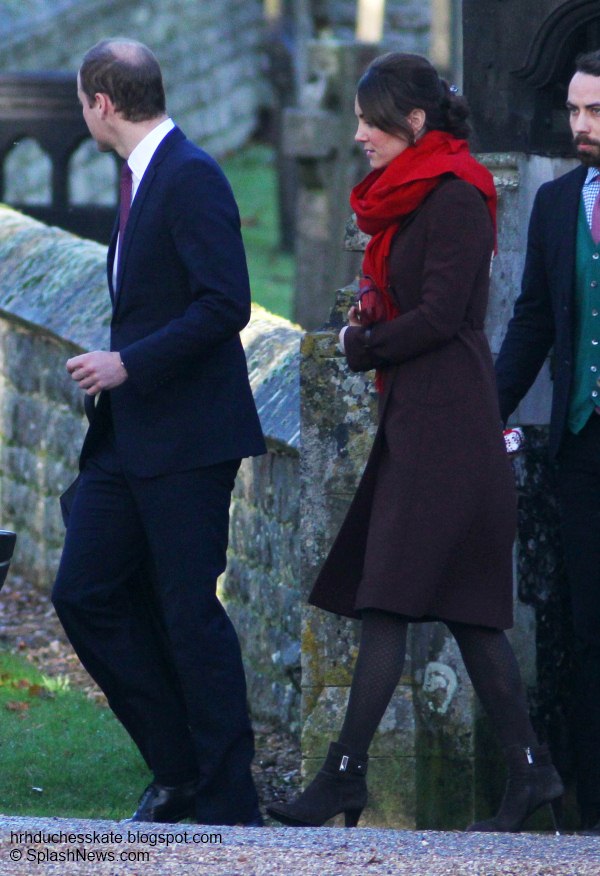 In terms of fashion, the thrifty Duchess will almost certainly repeat her maternity wardrobe for official and private events. Which pieces from Kate's wardrobe would you like to see her wear again? Immediately the beautiful bespoke blue Emilia Wickstead dress Kate wore to an Art Room reception springs to mind. It was very Jackie O, just perfect and very stylish maternity wear. 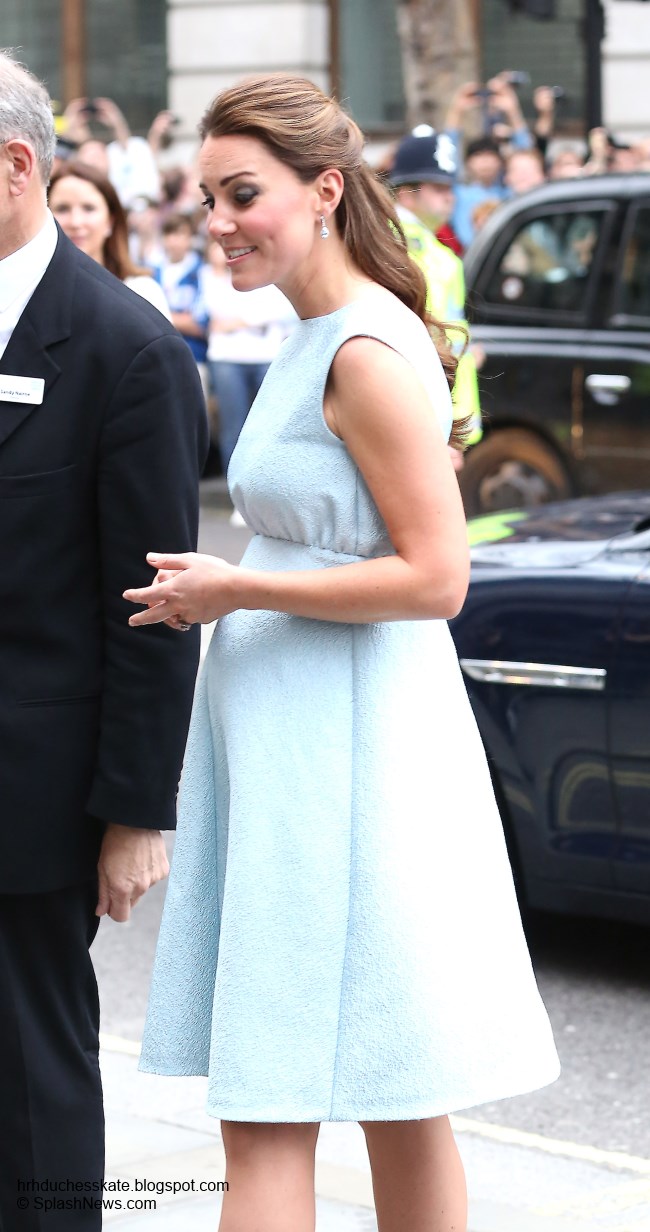 The Tara Jarmon coat and matching bespoke dress would be lovely for Kate as she approaches the later stages of her pregnancy. 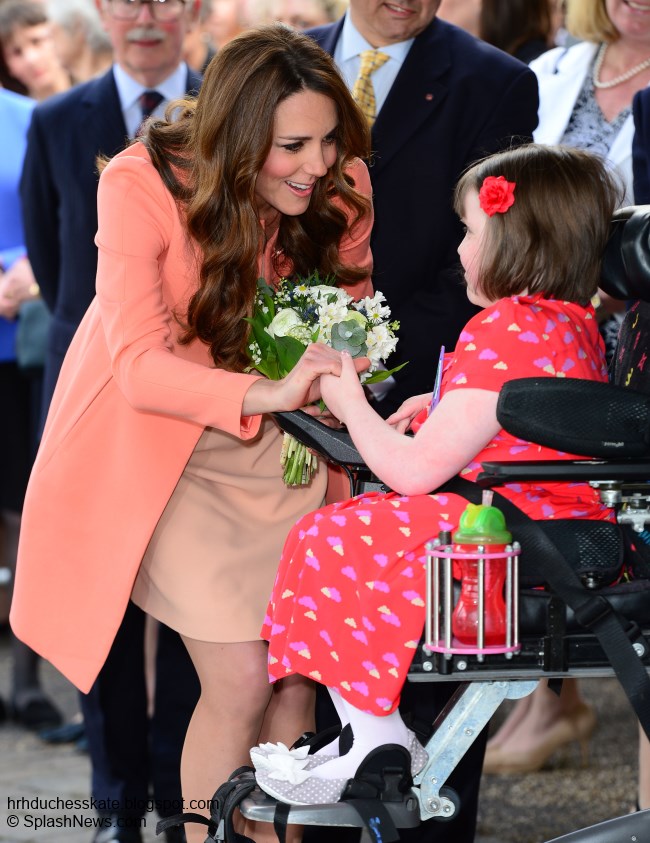 The Duchess selected Séraphine as her go-to maternity wear brand and ordered a number of dresses and other pieces from the label to wear throughout her pregnancy and in the weeks afterwards Séraphine founder Cecile Reinaud discussed her delight upon discovering Kate was a fan: "The Kate effect is huge and we have been enjoying a 400% growth in sales since it became public that Kate bought Séraphine dresses back in April 2013". Below we see HRH in the £46 fuchsia Jolene Dress for the first official portrait of Prince George taken by Michael Middleton.

Of course, the eyes of the world's media will be focused on the Lindo Wing once again as we await the first glimpse of the little prince or princess who will be introduced as his parents leave the hospital for the second time. After the birth of the baby, it is believed the couple plan to spend the first weeks at their country home, Anmer Hall. 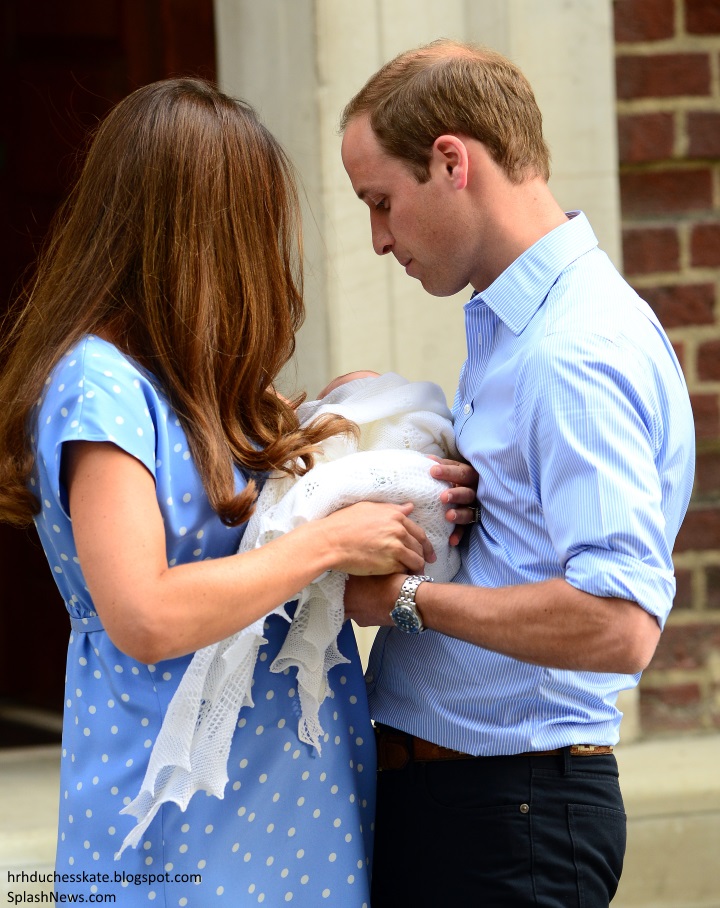 Popular names being guessed for the little one already include Alexander, James, Louis, Arthur for a boy, and Alexandra, Victoria, Catherine, Elizabeth and Charlotte ;) for a girl. Do you have any name predictions? I expect the couple will stick with tradition but may surprise us by incorporating more Middleton family names this time round.

It's a very exciting time for the couple and indeed for royalists around the world. We'll keep you updated as news comes in and in the meantime we hope Kate feels better soon!
Posted by Admin at 12:26:00