Hello dear readers, we hope you all had a splendid weekend!

As we prepare to start another week let's take a look at what William and Kate got up to in recent days. The Duchess spent yesterday enjoying a spot of retail therapy at Bicester Village, the designer outlet complex in Oxfordshire.


Home to over 130 brands including Kate favourites Jimmy Choo, LK Bennett, Jaeger, Mulberry, Burberry, Hobbs, Tod's and many more, all of which sell past-season and end-of-line pieces at significant discounts. From ladies apparel and footwear to home ware, children's clothing and excellent café's, it's becoming a go-to destination for shoppers both at home and abroad.


Fellow shoppers were incredibly pleased when they spotted Kate shopping beside them.


The Duchess shopped at Ralph Lauren, a brand she has previously selected for casual sweaters, nautical tops and dresses. She was also spotted browsing through clothes at Reiss before picking up a pair of pyjamas for Prince George and bathroom accessories.


Kate spent quite a bit of time at the Gucci store.  It is not known which items she purchased but wouldn't it be interesting to see Kate in a piece by the Italian brand. According to her uncle Gary Goldsmith, Kate's passion for fashion began when he gave her a handbag by the designer when she a teenager. Below we see her carrying her red suede Gucci clutch. 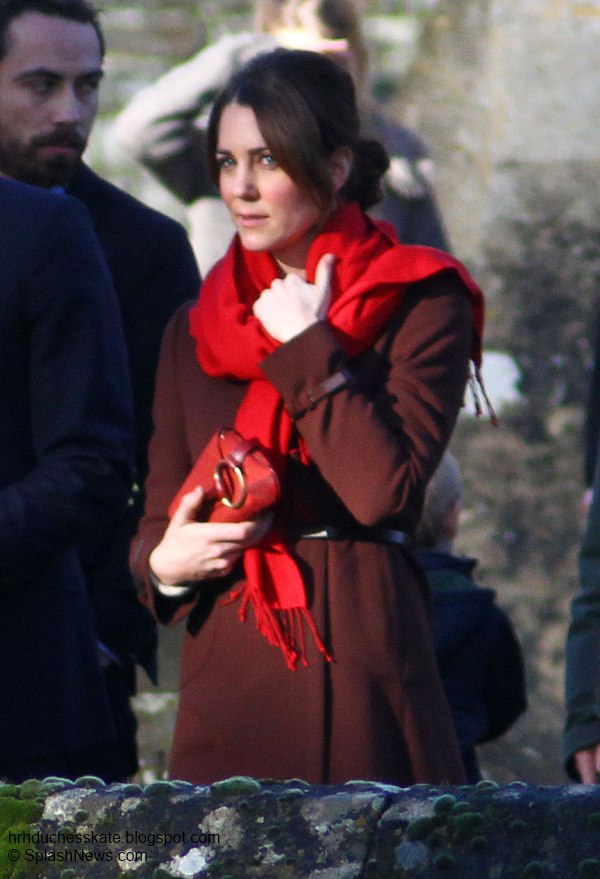 
Kate has been a huge fan of the outlet for years and is regularly spotted shopping there. Back in 2012, during the first day of the South-East Asia tour Kate mentioned it to Sadiah Bte Shahal at Changi Airport and said she "loved it" because "everything is so contained". 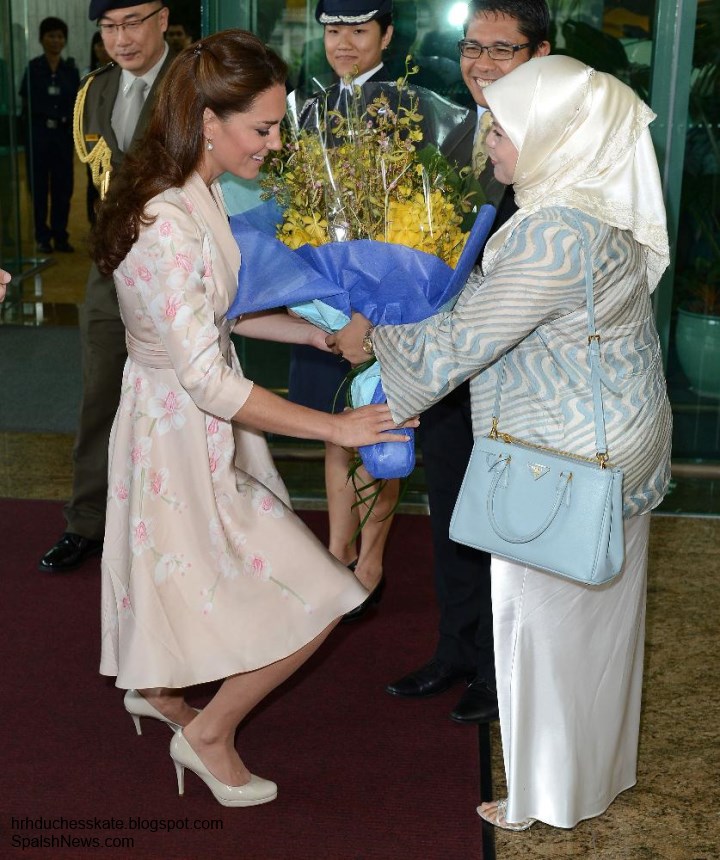 In fact Kate is a familiar face at Bicester. Last year a sales assistant at Reiss told author Mark Ellwood she visits frequently:

'Kate Middleton is here all the time. You look up and there'll be Kate going through the 60 per cent off rack. You have no idea she's there and security must be outside but she comes in all the time. And she's totally different to the Prince of Thailand, who I heard shut down a restaurant and brought his own staff when he visited Bicester.'


In March 2012, Kate purchased a blue coat and scarf at the M Missoni outlet - staff were very pleased when she wore it during an engagement with Her Majesty and The Duchess of Cornwall at Fortnum & Mason. 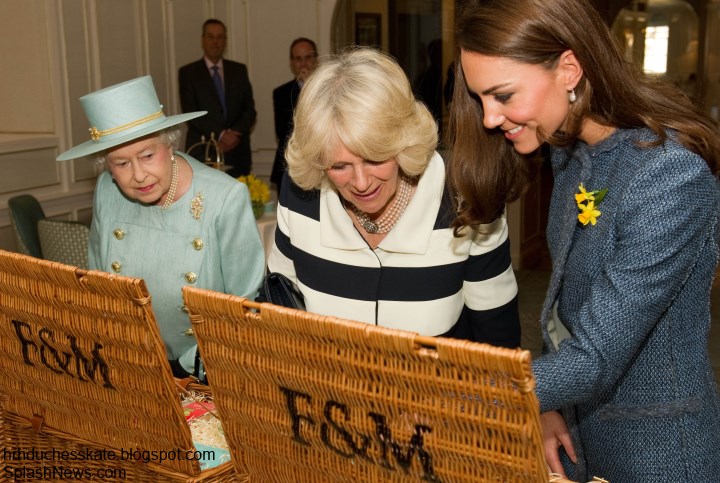 Bicester Village is a great place to spend a day and there's always an excellent, friendly atmosphere. It's great Kate can still enjoy a day out like this without photographers surrounding her.

In a touching tribute to the late Princess Diana, Kate introduced George to the playground built in her memory last week. 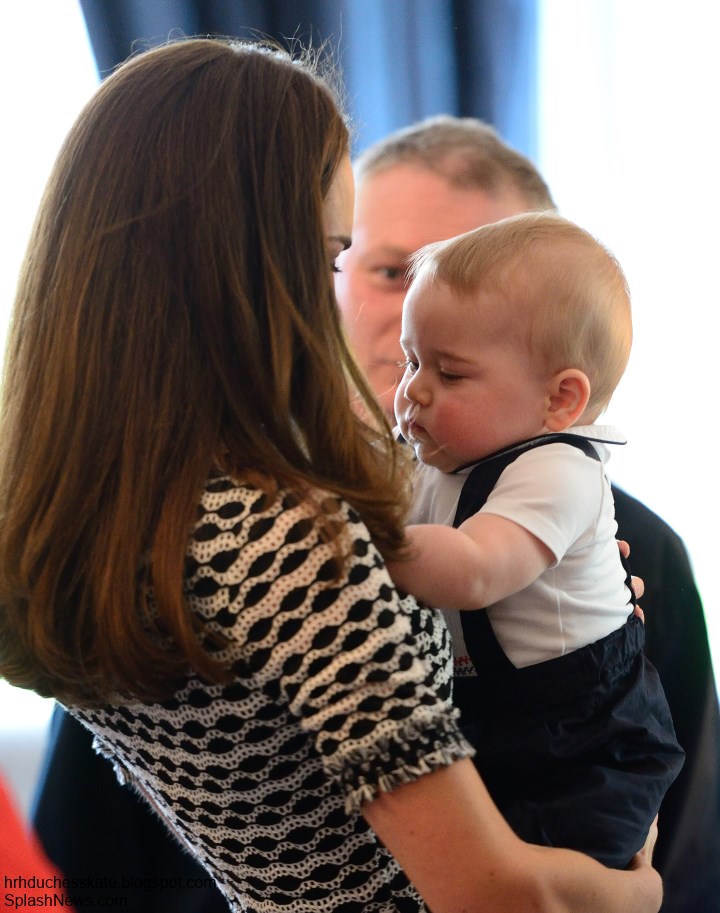 More from the Express Story:

'Last week she was spotted playing with the spirited toddler on "the beach" in the Diana Princess of Wales Memorial Playground in Kensington Gardens, a few yards from Kensington Palace where she and Prince William have an apartment.

"It was lovely seeing them play together in the sand. They stayed for about fifteen minutes," I am told. "They had three protection officers with them but Kate seemed oblivious to anyone except her gorgeous baby enjoying himself."'


The children's wonderland opened in June 2000 in memory of the late Princess. Located next to her Kensington Palace home, the playground is a fitting tribute for Diana, who loved the innocence of childhood. Over 950,000 visitors enjoy the playground each year and kids, like Prince George, enjoy the beach which surrounds a huge wooden pirate ship, toys and play sculptures.


It's always lovely to hear of Kate and George enjoying walks and playground visits around the beautiful Kensington Gardens.

With the Cambridges calendar a decidedly quiet one for the coming weeks, we may see them and Prince Harry attend a friend's wedding in Italy next month. The royal trio have been invited to Charlie Gilkes' wedding which is set to be quite the social event. Mr Gilkes attended Eton with the Princes and has spent the last decade running successful restaurants and nightclubs. 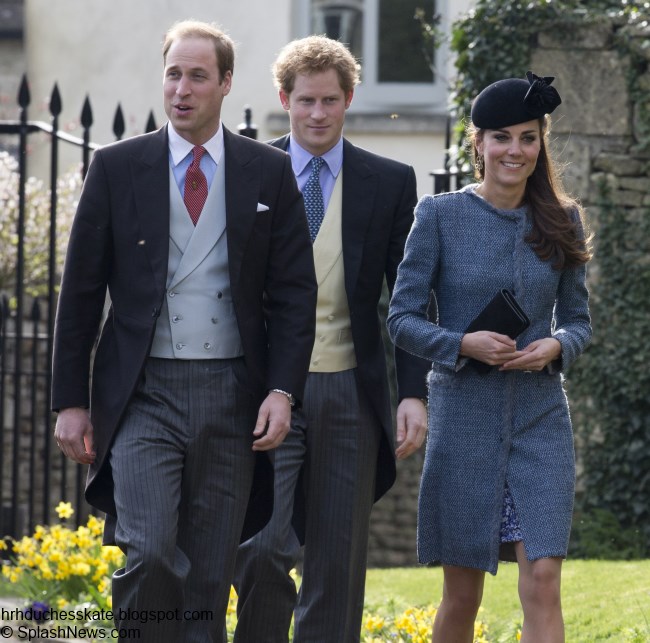 More from the Vanity Fair story:

'"The Cambridges are really looking forward to it and William and Kate are planning to leave Prince George with Kate's parents so they can go and have a good time," a chum of theirs tells me.

Gilkes is also a former flame of Pippa Middleton's, and is reported to have popped the question to Anneke von Trotha Taylor, his girlfriend of three years, using a message inside a specially crafted fortune cookie.'


It's quiet possible Kate will attend this one as, unlike Guy Pelly's Memphis wedding, she would only be away from George for a night or two.

Speaking of Vanity Fair, following the release of this year's Best Dressed Lists, they have included the Duchess in their International Hall of Fame. Kate earned the honour after appearing on the Best Dressed List for the fifth time.

Meanwhile, Prince William made two surprise appearances during the week; firstly at the Commonwealth Games wrap party where he thanked 1,500 workers who helped to make the games "the best ever". The Prince chatted with workers and volunteers where he had the opportunity to congratulate them on a job well done.

William took to the stage in Glasgow's Merchant Square and gave a speech:

'When Catherine, Harry and I visited last week we saw the slogan 'People Make Glasgow' was written all over the city. You epitomise that slogan in the way you ran the Games - with professionalism and great care, allowing the Games' friendliness to shine through.'

Prince William also joined his brother Prince Harry for a surprise visit to athletes gearing up for next month's Invictus Games at Lee Valley. Inspired by the Warrior Games which sees wounded servicemen from U.S. navy, air force and army compete in a variety of track and field sports, the British version will see 400 competitors from 14 countries travel to London for the games. Prince Harry has worked tirelessly on the project and hopes to make it a regular event.

Harry was left holding the baby when one of the Invictus Games managers asked him to hold his son for a few moments. The Prince looked a natural in his temporary role!

I do expect William and Kate will attend events associated with the games next month.

We leave you with a look at this week's Hello! Magazine cover featuring all three Middleton siblings.


We'll be continuing with her our Kate Loves series during the week :)
Posted by Admin at 04:00:00