Kate to Visit Malta?, Fashion Updates & Prince William: 'Having My Own Family is 'Silver Lining'

As we appear to be approaching a brief quiet period in Kate appearances one will note the upsurge in pregnancy stories, possible upcoming engagements and other unconfirmed rumours (undoubtedly we can expect another story or two, most likely from the Daily Mail, on the kitchens in Anmer Hall and Kensington Palace).

One such story which is gaining increasing coverage is a report from The Malta Times:

'The Sunday Times of Malta is informed that Kate Middleton is expected to be the guest of honour as Malta marks its Golden Jubilee since gaining independence on September 21, 1964. The British High Commission said no decision had yet been taken.'


UPDATED: We've asked around about this and it appears this story may very well be true. The trip will see Kate undertake her first solo trip abroad without William. We also know the Cambridges are set to undertake an overseas trip in the autumn, but the location is as yet undecided with suggestions including the Caribbean.  We'll keep you updated as news becomes available. 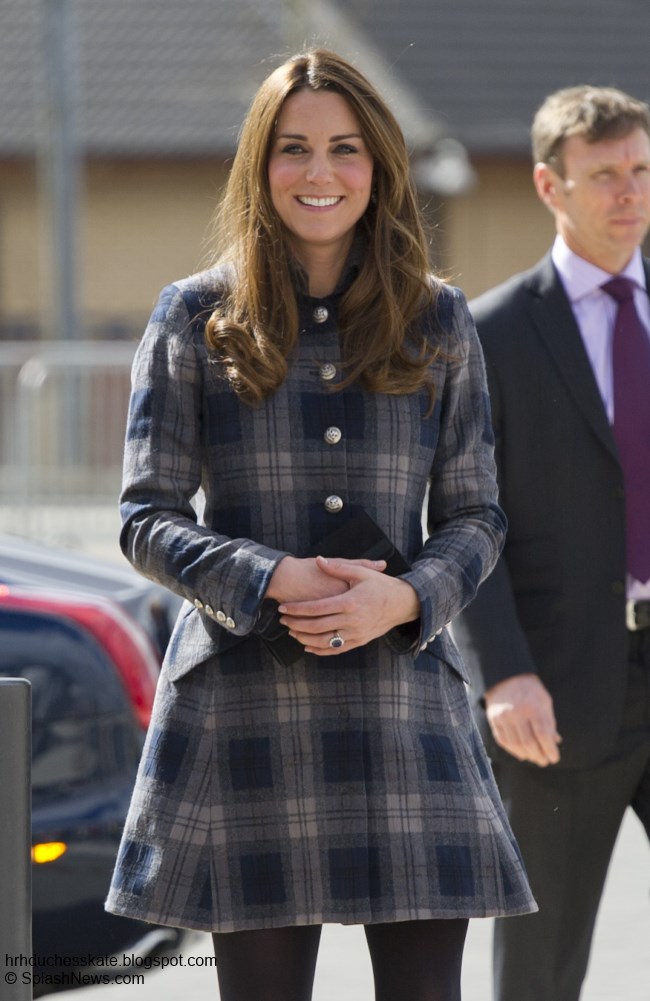 Caroline Smiley, the owner of fashion brand Moloh which Kate has previously worn, shared her thoughts on the topic:

'Kate's clever and often waits before she wears pieces. She's very much in control of her image and I'm sure she likes the idea things aren't still in the shops when she buys them so not everyone can go out and buy her look.'


Ms. Smiley's daughter Sarah revealed Kate sees their look book before anyone else:

'We send our look book to Kate's office first, before sending it to our wider mailing list. As we only produce 20 or 30 of each garment, each style is limited. We usually receive a call within a couple of days from one of her staff, who lists the pieces she has selected.

Once the pieces have arrived at Kensington Palace it's a waiting game. If the pieces don't work, her office will contact us within a couple of days and ask for them to be collected. Other things are kept indefinitely on approval and may or may not be worn.'


It sounds like quite a process and again shows the level of organisation there is behind Kate's wardrobe. The article would suggest Kate's collection from Moloh surpasses the Workers Day Coat she wore in Scotland. Below we see several looks from the current collection.


If there is truth to the theory Kate waits to wear pieces to ensure "not everyone can go out and buy her look" it would be somewhat odd as the Duchess is such a wonderful ambassador for designers and the high street. In fact, Alice Temperley has described her as "the perfect ambassador". One would imagine supporting fashion at home and abroad could only be viewed as a positive rather than a negative. Whilst Kate pays a lot of attention to what she wears I've never got the impression she's obsessed with fashion or trends but always appears conscious of the influence her choices have. What do you think? It's an interesting topic worth debating.

We mentioned one of Kate's favourite designers Alice Temperley above and next we're taking a look at her Resort 2015 Collection. It's been a busy year for the designer who made the difficult decision to merge her diffusion line Alice By Temperley with her main line Temperley London. This collection was the moment for the unveiling.

'I am one person, one vision, so I felt that with two lines, I was confusing my customer, and I certainly didn't want to do that. After all, my customer is queen and I respect that.'


It is a varied collection offering a wide range of looks, from Temperley London's breathtaking evening gowns to a Prince of Wales check suit, structured coats and fitted blazers.


There are also splashes of colour and monochrome print. Fans of the diffusion line will be pleased to see the three looks shown below very much embody the elements they have come to love. There's plenty to like from Kate's perspective, particularly in the gowns and coats shown above, however, it's not my favourite collection from the label.


Evening and bridal gowns on sale include the Christa Dress, the Clover Dress, the Botanical Dress and the Piper Dress.

In our 'We wish Kate would wear' segment today; take a look at these gowns from Elie Saab's drool-worthy Fall 2014 Couture show. During the tour, we saw Kate experiment with new designers, and we think Mr. Saab would be the ultimate choice for a glittering gala which calls for an outstanding frock.

Kate's ever popular Pied A Terre Imperia Wedges are now available in two new colours, pink and blue. Carly from Kate Middleton Style shared the exciting find which comes just in time for fans of the stylish wedges to enjoy them for summer. They're currently available for $141 at Dune London.

Prince William has been busy this week with a number of interesting engagements. During a reception to launch an award for The Queen's Young Leaders the Prince spoke with two brothers who lost their parents in the 2004 Boxing Day tsunami.


From The Telegraph's story:

'The Duke of Cambridge has described having his own family as the 'silver lining' in his life following the tragedy of his mother's death. The Duke, who was 15 when Diana, Princess of Wales died in 1997, said people who lost parents at a young age have to simply "dust yourself off and carry on".'


During the launch William was joined by Prince Harry, and the duo made royal Internet history when they appeared on a live question and answer session to promote the award, which encourages young leaders across the commonwealth to step forward and be recognised. In the web chat with young people from Australia, India and Jamaica, William said, "All I would say is believe in yourself - you've got a lot more to say than you think."


William and Harry posed for this royal 'selfie' (LOVE this). It was such a fun and interesting event and it's lovely to see the princes sharing personal stories and inspiring young people.


Prince William also teamed up with his father Prince Charles as he donned a wetsuit and went scuba diving to mark becoming president of the British Sub-Aqua Club. Wearing a mask, air cylinder, regulator, buoyancy device and fins he swam to the bottom of an open-air pool with a group of other divers at the Oasis Sports Centre in Central London. During his time in Anglesey, the Prince regularly enjoyed diving so this was a nice opportunity for him to display his skills.

Sometimes our parents embarrass us mildly; it's amusing and usually all down to a generational gap. This engagement was proof the royals are not immune to this happening. Prince Charles was left baffled when he was described as being "quite buff" during in his 1970s days.


Looking confused he turned to his son who responded, "Pa, you should be pleased." It didn't take Charles long to adjust to the term and he told the audience, "I know my eldest will now demonstrate his buff credentials".


During a speech Prince William said:

'It's a great honour to be here with my father and accept the presidency of the British Sub-Aqua Club, continuing that from my grandfather as well. I hope that one day my son George might follow in our footsteps. For the moment bath time is quite painful, but I imagine as he gets a little bit older, donning a mask and snorkel might calm him down.'


I don't know about you, but I'm very much looking forward to seeing William team up with his father and brother again soon!

In case you haven't heard, a very special little boy turns one this month :)


To celebrate CNN are airing a half-hour special 'The Little Prince' at 10pm EDT tonight. It includes an interview with Jason Bell, the photographer who took the christening photographs. A clip is available here. It looks like a very insightful and enjoyable watch.