It was quite an unusual day at Kensington Palace as the Royal Family celebrated Prince George's birthday. The day no doubt began with various preparation for the party; icing the cake, preparing food and ensuring the children had plenty of activities to keep them entertained. Earlier, Kate and Nanny Maria Tereasa brought George to Buckingham Palace to see his great-grandfather Prince Philip, who was unable to attend the party due to other commitments.


In the early afternoon onlookers began to gather outside Kensington Palace to see guests arrive.


One could say people were really (and I mean really) getting into the spirit of the day :)

According to one observer there was "a fabulous atmosphere and a sense of excitement in the air as the future king marked his first birthday. It was a beautiful day and all the guests looked very happy as they drove past".


As expected, the party was a small affair including only the couple's closest family and friends. Mike and Carole Middleton were among the first guests to arrive; they travelled separately.

Pippa, who just completed the Bosphorus Cross-Continental Race, arrived solo for her nephew's party. It is thought the author played a large role in organising the event.

James Middleton followed closely behind. It is rumoured James was accompanied by his TV presenter girlfriend Donna Air.

William's cousin and George's godmother Zara Tindall was all smiles as she drove past with her husband Mike and daughter Mia Grace.

The young royals' closest advisor Jamie Lowther-Pinkerton was there too. As someone who has played such a significant role in guiding the Princes in recent years it would have been quite special for him to see his godson George turn one.

William and Kate's close friend, and another of George's godparents, Emilia Jardine-Paterson was also there with her baby.

Fashionistas will recognise Emilia's dress as the Beulah London Blossom Dress; Kate also owns this dress and wore it to Alice St John Webster's wedding in 2012. It's a beautiful piece and perfect for the occasion, which leads me to wonder: what did Kate wear today?

Prince and Princess Michael of Kent.

No doubt the event got underway after the guest of honour, Her Majesty The Queen was inside the palace.

Despite her very full schedule I thought it a lovely gesture she made time for her great-grandson's first birthday party. Charles and Camilla were otherwise engaged with royal duties. 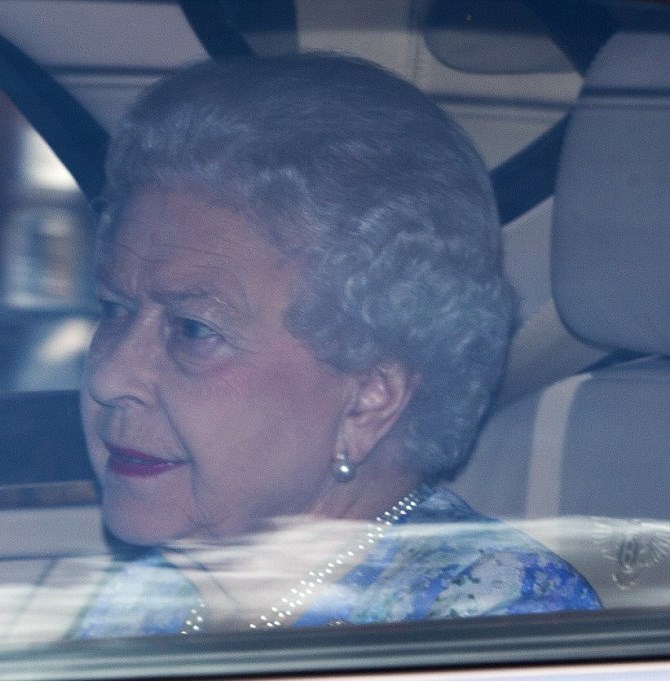 Prince Harry was reportedly there too, and the van Cutsem's were spotted by onlookers and members of the press. It seemed a perfect celebration for a one-year-old with family, godparents and a couple of little playmates in attendance too.

Since we wont be seeing photos from inside, we leave you with a look at Legoland's interpretation of Prince George's birthday party. A miniature Buckingham Palace was recreated with a traditional garden party for the prince. If you look closely you'll see a cake with one candle marking his age, balloons and birthday presents. 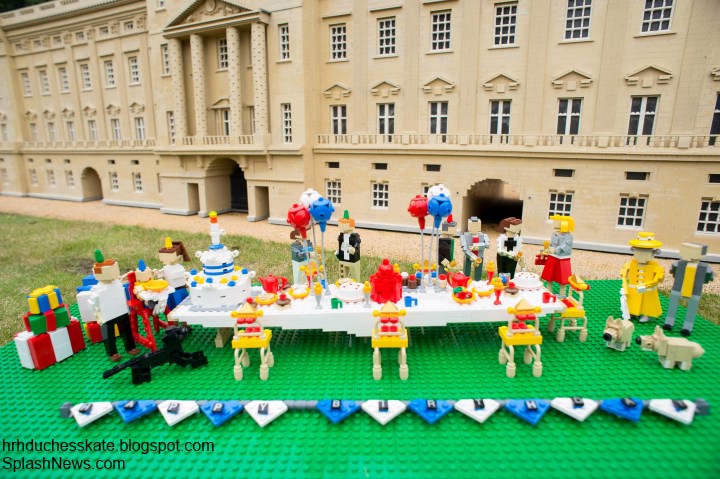 I hope it was an excellent day for all in attendance and a fun one for Prince George!
Posted by Admin at 20:42:00