The Duchess repeats McQueen Favourite at The Queen's Garden Party

For her second official appearance today, The Duchess of Cambridge joined The Queen, The Duke of Edinburgh, The Princess Royal, Prince Andrew and Princess Eugenie at Buckingham Palace for The Queen's Garden Party.


The Duchess was scheduled to attend Thursday's garden party for the 150th anniversary of the British Red Cross but it was announced this morning there was a change of plan. One imagines it's a case of which royal is needed most on the day.


It's a pity Kate won't be there Thursday because privately she has been a big supporter of the organisation. In fact, the entire Middleton family are. It would be an excellent charity for the Duchess to work with, but I thought it interesting to share Richard Palmer's tweets because often times work is carried out under the radar and in an unofficial capacity.


Today is Prince Philip's 93rd birthday and this could very well be another reason the day was switched. The incredibly hard-working prince was in his element celebrating at the 8,000-strong party this afternoon.

No doubt the family will mark the special occasion together later, perhaps with tea and cake? Princess Diana's former chef Darren McGrady shared this photo. 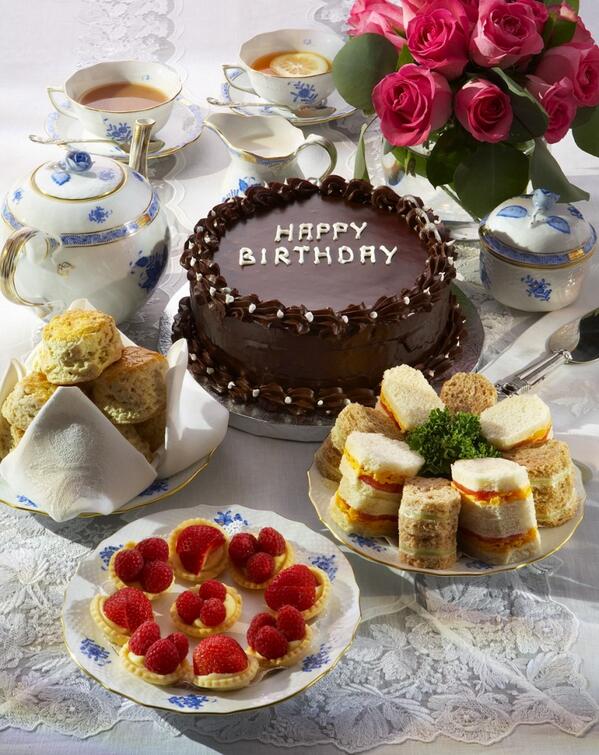 After the playing of the national anthem at 4 p.m. the royals separated and mingled with the crowd to ensure as many guests as possible had the opportunity to meet a member of the Royal Family.

Kate chatting with The Princess Royal.

Her Majesty hosts at least three garden parties every year at Buckingham Palace, as well as one at the Palace of Holyroodhouse in Edinburgh.

The parties are considered one of the royal highlights of the year since the 1860s when Queen Victoria instituted what were known as 'breakfasts' (although they took place in the afternoon).

Quantities of tea and refreshments served are enormous, according to the official website:

'Tea and other refreshments are served from long buffet tables. At a typical garden party, around 27,000 cups of tea, 20,000 sandwiches and 20,000 slices of cake are consumed. Some 400 waiting staff are involved in the serving.'


A guest shared a look at his invitation via Twitter.


Mingling with the crowd.

It is the third consecutive year Kate has attended a garden party, in 2012 and 2013 she selected designs by Emilia Wickstead.


Kate elected to repeat the beautiful lace Alexander McQueen dress she first wore for The Queen's Jubilee Service in 2012. The knee length sheath showcased lace atop a white base and it features long sleeves, a boat neck and satin ribbon at the waist (today Kate wore it without the ribbon). It's a bespoke piece, not bearing any major similarities to anything the brand has produced in recent years. One expects it was a garment created in collaboration between Kate and Sarah Burton. 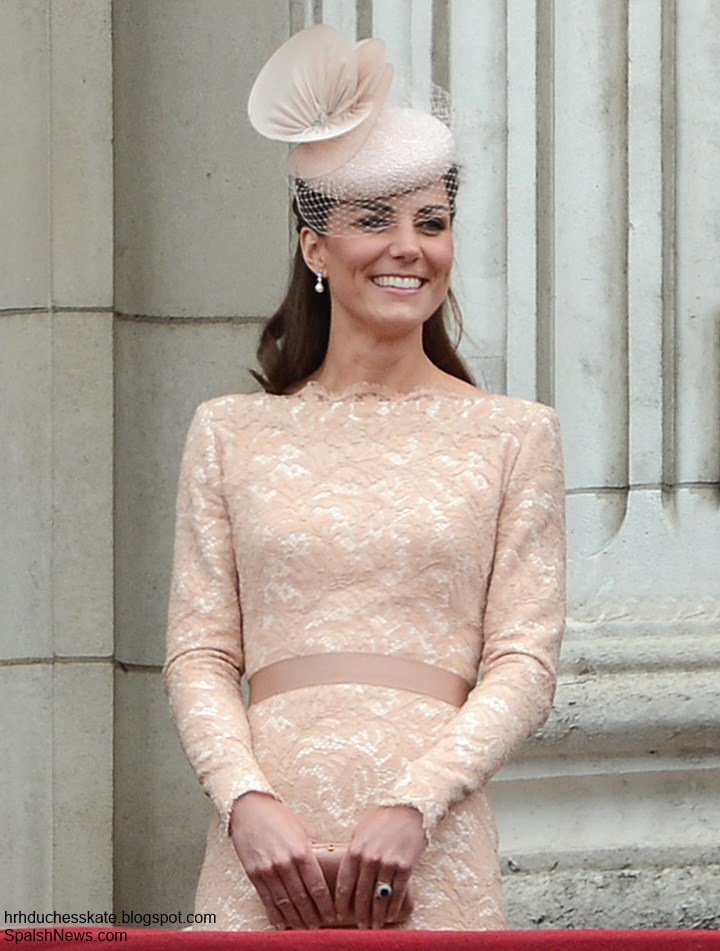 A closer look at the exquisite lace. 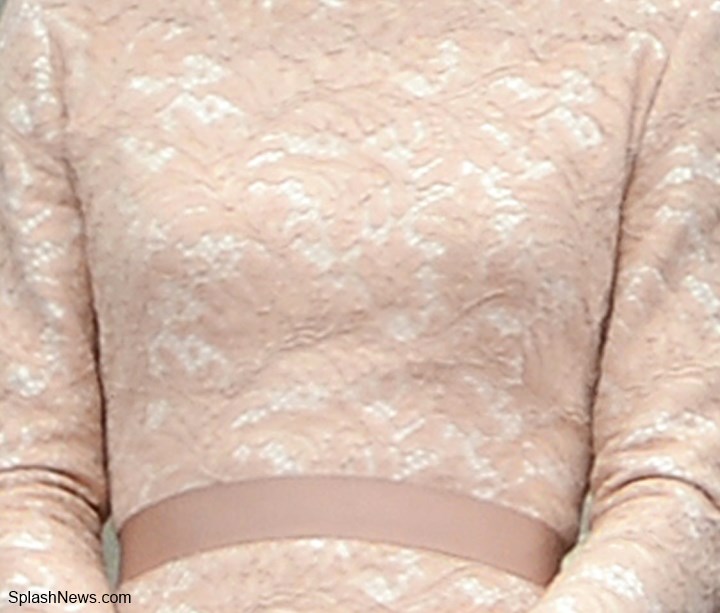 Kate wore a pretty new hat by Corbett. It was specifically designed to be worn with the McQueen dress.


The milliner was delighted to see The Duchess in her creation.


A look at the hat from another angle. Kate wore her hair partially up, a style she is becoming increasingly fond of.

Kate selected her favourite Annoushka pearls for the event.


Kate's pointed toe shoes are by Russell and Bromley (with thanks to Ashley Marie) The 5th Avenue style are from last year and no longer available in the exact colour she wore. Below we see them in metallic.


It was a lovely look for Kate, the lace dress is one of her best.

If you're just joining us today, this morning's post covering Kate's visit to the National Maritime Museum is here. We'll next see the Duchess on Saturday morning for the annual Trooping The Colour parade; there's some talk of little George appearing on the balcony. It's a possibility, but we'll have to wait and see :)
Posted by Admin at 19:04:00