The Duke and Duchess of Cambridge made an unexpected appearance at the dawn service at Canberra's War Memorial. Prince William's name was on the Order of the Service, but not Kate's. Perhaps it was planned William would attend alone - depending on George's routine?

The royal couple were part of a ceremony which is regarded as a sacred commemoration in Australia and New Zealand, when fallen soldiers are remembered and veteran soldiers march down the streets to cheering crowds. It is Australia's most significant anniversary, ANZAC Day.

Later this morning, Their Royal Highnesses will witness a classic Anzac Day March, led this year by veterans of most recent conflicts and peacekeeping efforts including the Gulf War, East Timor, Iraq and Afghanistan.


It's an important day for reflection: "Never forgetting those who have paid the ultimate sacrifice for our freedom."

Just yesterday I had been discussing the lack of Alice Temperley pieces on this tour. The designer is normally a go-to for Kate yet her tour wardrobe didn't appear to include any of her designs - until this morning that is. Kate selected her Temperley London 'Noa' Coat for the service. The elegant piece features a jacquard diamond check design and a pleated hem. It originally retailed for £1,250. 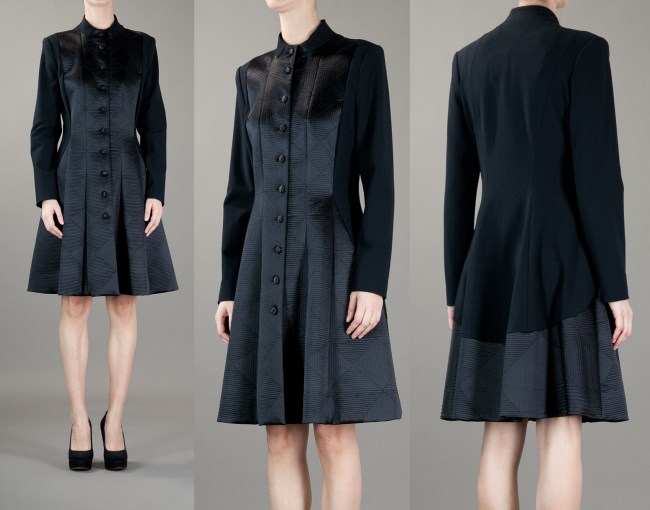 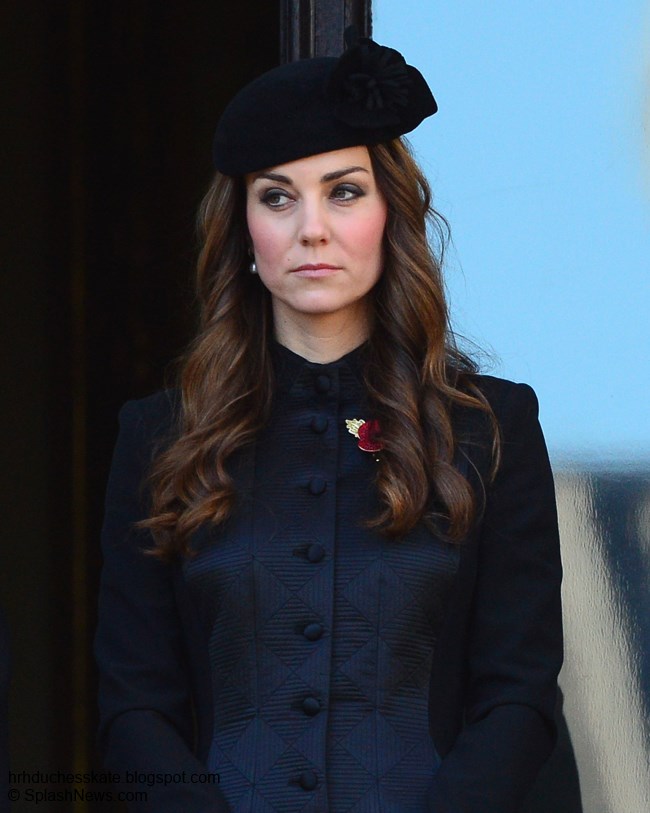 Kate completed the look with black pumps, black tights,black gloves a cream scarf and a sprig of rosemary.

You can watch a clip from the service here. 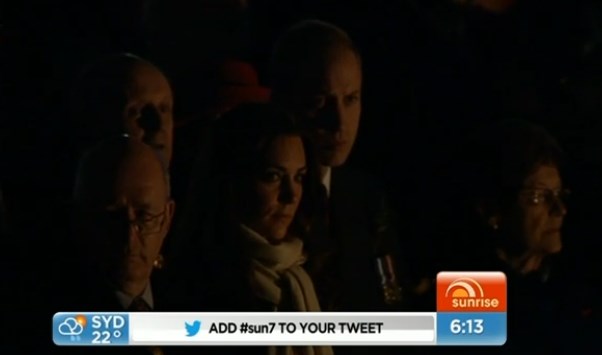