When I sat down at my desk this evening and began to make preparations for tonight's post (originally it was supposed to entail tour style possibilities) I happened to scroll past our last post - 'The Cambridges Holiday in the Maldives' and was incredibly surprised to see there are almost 400 comments, undoubtedly the largest number of comments left on a singular topic since I began blogging almost three years ago. With that in mind it seemed somewhat improper not to address the topic, comments and the multitude of emails and messages via social media I've received in recent days.

When news broke on Thursday that William and Kate had arrived in the Maldives for a week-long holiday, where they rented out the five-star Cheval Blanc Randheli resort on the Noonu Atoll, on the northwest of the Maldives. I instantly knew there would be criticism - not only from those who don't particularly favour the couple at any point - but also from royal fans who have ardently supported William and Kate since their courtship. The Duchess had already spent a week in Mustqiue with the Middletons and Prince George whilst Prince William enjoyed a hunting weekend in Spain.


The general consensus was this holiday was a bad move in terms of PR given the lack of engagements since December. Had Kate made a couple of official outings early last week and the week before that, I think the reaction would have been quite different. Those who have rooted for the couple, while respecting their position as second-in-line and not yet having to undertake a significant workload, had hoped to see them using their profiles to make a difference. A point mirrored in many of the comments left by readers was that they didn't wish to bash the couple exactly, but to see them doing more. There was most definitely an air of disappointment and disillusionment.

Further controversy ensued when it was revealed the Cambridges had elected not to take Prince George with them. George's new nanny was photographed walking him in Hyde Park, close to Kensington Palace prompting conflicting reports on who is looking after him. The photos were taken before William and Kate left, George is in fact with the Middleton family in Bucklebury. The new nanny is believed to be Spanish, in her late thirties, has looked after high-society families for almost two decades, and is "married to the job". She will accompany the Cambridges during their tour of New Zealand and Australia next month. Photos are available at the Daily Star.


The Sunday People and The Mirror suggested the holiday, which has been dubbed as a "second honeymoon" may have been a means of introducing George to his new nanny:

'Kate and William thought it a great plan to let their new employee get to know George's routine and habits while they weren't there. She will be the woman who will be caring for George while Kate and William are doing their royal duties so she needs to get to know him.

They thought it best to be out of the way and leave Carole to oversee the process. It also meant they could have a bit of time together after what has been a very tiring year for both of them.'


In addition, it is believed Prince William's former nanny, Jessie Webb, who has been looking after little George on a part-time basis is working with the nanny to help her settle in.

Comments circulated around the Internet describing the couple as "selfish" and "bad parents" with commenters outraged by the idea the royal couple left their eight-month-old at home. And this is where I began to think it had gone a little too far. Bear with me while I attempt to reiterate my thoughts in a measured and fair manner. For full disclosure, I am British, I am a royalist but I do not believe the royals are beyond reproach. Of course, in these austere times of recession they should be visible and working hard to support and promote charitable organisations who are struggling.


There are enormous perks to being a member of the British Royal Family. Enormous downfalls too, as evidenced this week. Are William and Kate bad parents for leaving George for a week? Of course not. Many, many couples take time away from their babies whether it's a vacation or for work purposes but because the Cambridges are public figures, their every move and decision is scrutinized - something they will have to deal with for the rest of their lives.

Their getaway may be a luxurious one, but unlike the rest of us, they cannot enjoy the privacy of time alone. I have it on good authority paparazzi are staking out the area hoping to snap a photo of Kate in her bikini, or she and William holding hands on the beach. Again, something they will have to worry about during each and every vacation they take. Who could forget the photos which emerged from their last pre-tour break in France? I shall never forget the visible strain on William and Kate's faces in Malaysia when news broke the topless photos had been published. 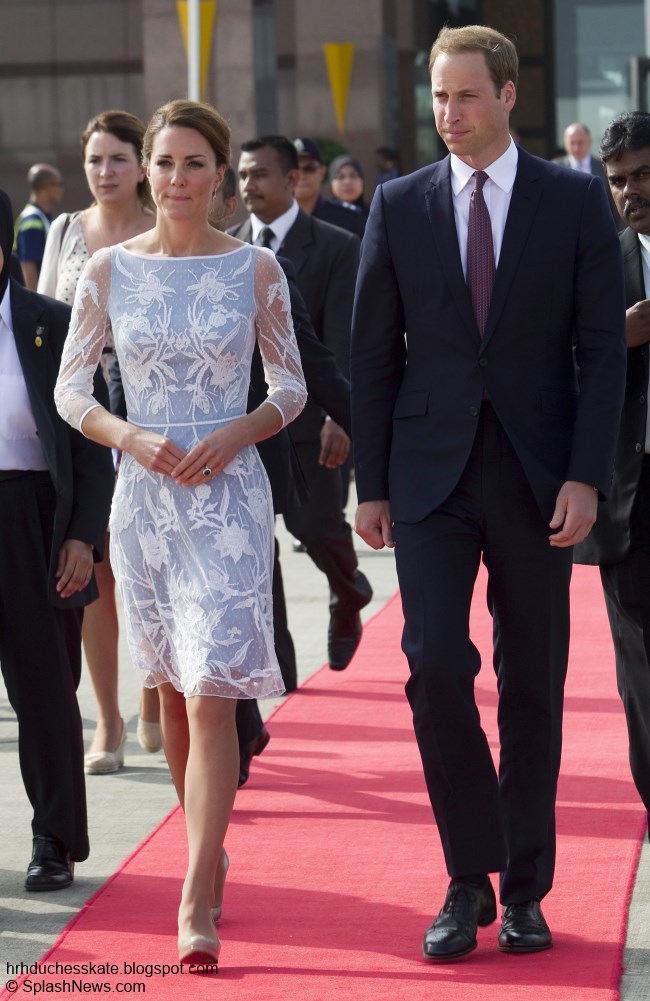 The royals are completely and utterly different to us in almost every way. One of the greatest disservices the press has done the Cambridges is promote the "they're just like us" image. They never said it, their press office never said it, but it has followed them since their marriage began and has led to the point where people were truly surprised to hear George had a nanny. This was always going to happen, as it has for every previous royal baby. Their lives are vastly different from any of ours with many pros - and many cons. One of the occasions I recall most is the day George was born. William and Kate elected not to tell the press for a few hours so they could share those first precious hours with their son before having to share him with the rest of the world.

Their role encompasses much more than public engagements. There are a whole host of duties, meetings, correspondence, planning and behind-the-scenes work, the majority of which we never hear about. For example, last Tuesday, William, Kate and Harry, accompanied by George, hosted a pre-tour reception for selected members of the press. The tour itself will require a huge amount of planning and research. 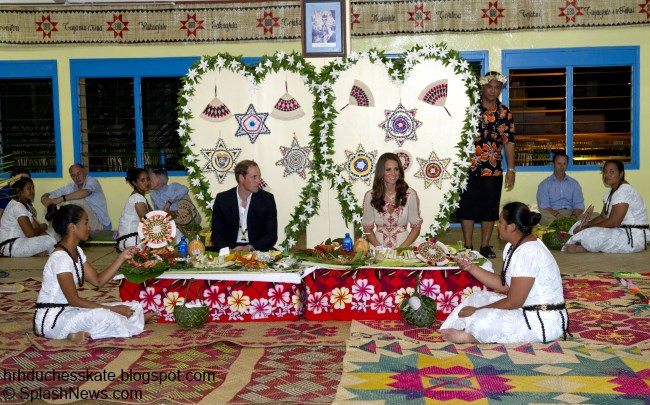 Having said that, it is time the Duke and Duchess take on a more fixed, visible role within the family. It took Diana years to find her feet but when she did she was quite a force, as many of you know. It's important to note we cannot be certain senior members of the Royal Family are not guiding them on this path, and in fact, I believe they might very well be, which is to be expected, given past mistakes.

After the tour, we should see an increase in engagements, and it seems Kate is planning to take on duties involving intervention for young people facing crisis, an area the Duchess could excel at supporting. There's undoubtedly been mistakes. William's gap year, this holiday, clustered engagements followed by long gaps. It goes without saying there will continue to be mistakes before they find their footing.

Above all, we should not forget all the good work William and Kate have done since the royal wedding. Time and time again, charity directors and onlookers mention how dedicated, informed and genuinely interested Kate is in their organisations and the people she meets. This is not said sporadically, but every single time the Duchess attends an engagement. 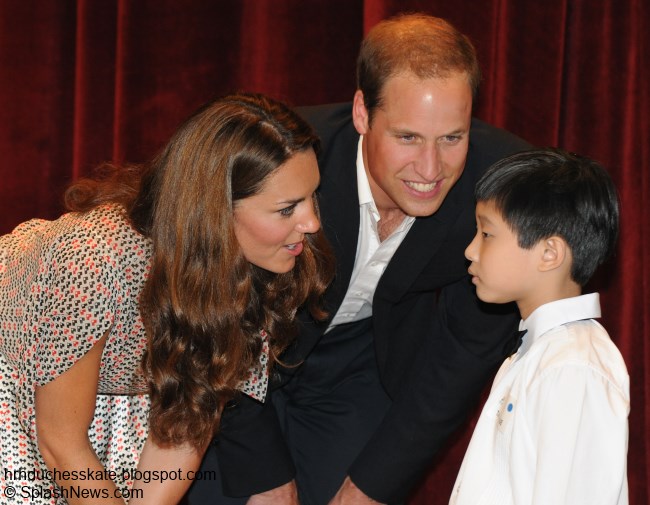 The Royal Foundation of The Duke and Duchess of Cambridge and Prince Harry gave £2.14 million to charity in 2012. The foundation benefits causes supporting young people, the Armed Forces and conservation, and brings a spotlight to bear on key challenges society faces today, at home and abroad.


To those who have supported William and Kate thus far, I say, don't give up on them yet. In terms of PR disasters this was a big one and there's work to be done moving forward. People need to see the couple dedicating themselves and forging identities within the Royal Family. I do believe they'll pleasantly surprise us yet - and sooner rather than later. 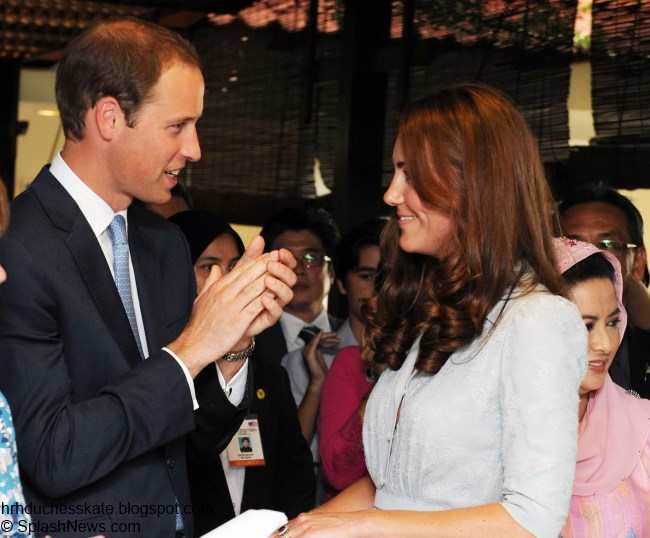 This is just my humble opinion and I continuously look forward to hearing yours.
Posted by Admin at 02:02:00