Kate to Team Up with The Queen, Valentine's Day Seraphine Giveaway

We're back with news of another new engagement for The Duchess of Cambridge (one always finds it's a bit like buses with engagement announcements, you could wait and wait for one and then several come along together). The Queen, accompanied by Kate and other members of the Royal Family, will host a reception for the Dramatic Arts at Buckingham Palace on Monday, 17th of February. 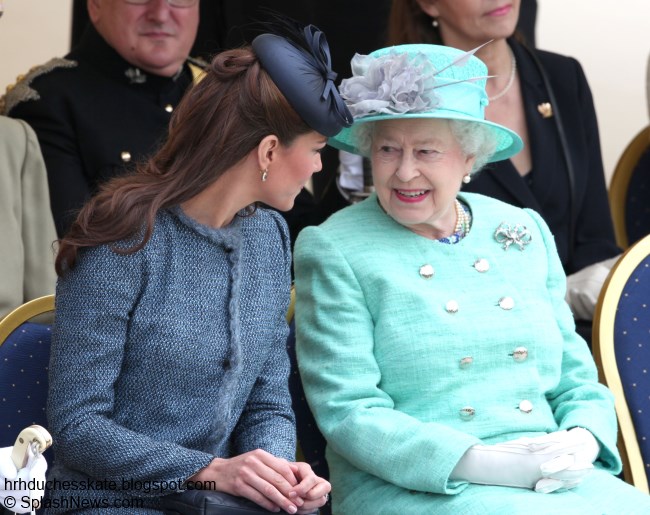 The reception will commence at 6 p.m. BST. Approximately 250 guests will attend the reception including directors, playwrights and actors such as Benedict Cumberbatch, better known as 'Sherlock' to those of us in the UK. (If I was Kate, I would be seriously starstruck). Helen Mirren who won an Oscar for her portrayal as 'The Queen' will also be there. The Queen and The Duchess of Cambridge will greet guests before moving to the Ballroom for a series of short performances before meeting guests in the State Rooms.

It's wonderful to see Kate teaming up with The Queen again. One always gets the impression they enjoy their engagements together and it's a terrific opportunity for the Duchess to learn from the very best. Watching Her Majesty interact with the public provides an excellent insight for HRH. 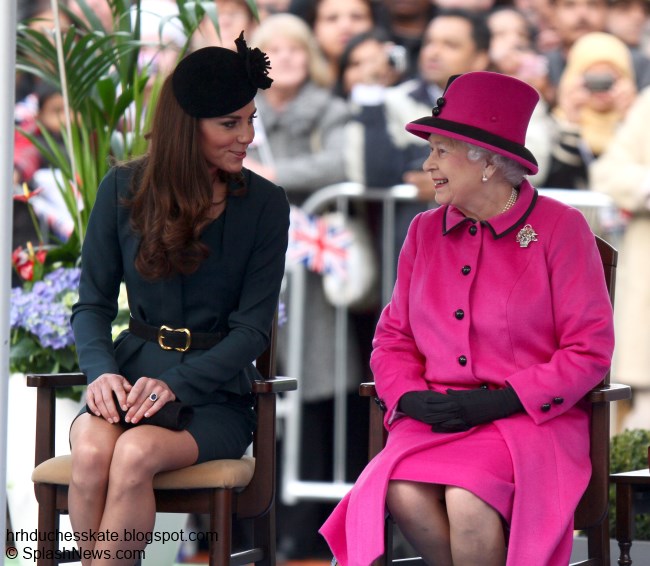 Many of you have got in touch this week enquiring about whether or not Kate will be joining Prince William at the BAFTA's on February 16. Unfortunately the Duchess will not be accompanying her husband to this event. I know, I know, we would have loved to see Her Royal Highness at the British Oscars (Think of the fashion possibilities). Perhaps another year?

We're seeing William and Kate taking on more solo engagements since the arrival of Prince George. I presume this is done to ensure one of them is with George as often as possible. We're also seeing the couple teaming up with senior royals, including Kate's engagement with The Queen and of course, Prince William is joining Prince Charles for a series of engagements to highlight the illegal wildlife trade, a cause they are both extremely passionate about. We'll see the Cambridges together throughout the tour in April for almost a month!

Speaking of Prince William, it has just been announced he has gone on a hunting weekend in Spain.

To say the timing couldn't be worse is an understatement considering his role as a key speaker in next week's illegal wildlife trade conference. He and Prince Harry are said to be frequent visitors to the estate where they shoot stag and wild boar.

One can only hope the conference is not overshadowed by this, but it was undoubtedly a very bad move.


In other news, there's been plenty of excellent discussion regarding a Daily Mail article by Katie Nicholl: 'Out go the short skirts, on with the tiaras: It's Kate's regal makeover by order of the Queen'. I was personally cautious regarding several elements of the story including references to 'a lot more tiaras'. I cannot see Her Majesty loaning Kate a number of tiaras to take with her during the tour. The Papyrus tiara she wore the annual Diplomatic Reception? Absolutely. The Cartier Halo Tiara Kate wore for her wedding? Quite possibly. But 'you can expect to see lots more tiaras'? I genuinely don't believe so. 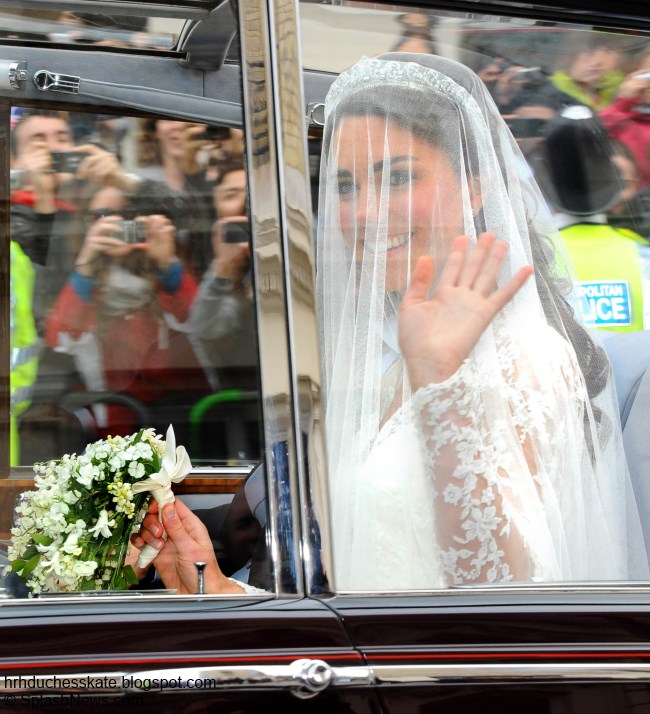 The story also mentioned The Queen offered Kate the personal services of her personal dresser Angela Kelly. This has been reported to be false and a couple of royal commentators have speculated the tour will be quite casual, with formal events thrown into the mix. For such a lengthy tour, one would imagine the Duchess will need a dresser to accompany her, but Ms. Kelly's involvement seems to have been nothing more than a rumour.


Is the Duchess going to opt for longer hemlines? I don't think we're going to see Kate's signature style change greatly during the coming tour. The climate may dictate certain choices but overall we'll most likely continue to see a mix of high street with designer pieces and some very special bespoke items from Jenny Packham, Alexander McQueen and Alice Temperley.

Next up, to mark Valentine's Day we have a lovely giveaway to share, courtesy of the lovely folks at Kate's go-to maternity brand Séraphine.


The Duchess ordered several dresses from the brand to see her through her pregnancy and the months that followed in style. Séraphine founder Cecile Reinaud discussed her delight upon discovering Kate was a fan: "The Kate effect is huge and we have been enjoying a 400% growth in sales since it became public that Kate bought Séraphine dresses back in April 2013". Below we see HRH in the £46 fuchsia Jolene Dress for the first official portrait of Prince George taken by Michael Middleton.

The Duchess wearing the Jolene Dress in Blossom Print.


The brand is not only favoured by royals including Kate and Zara Philipps, but well-known stars including Angelina Jolie, Kate Winslet and Gwen Stefani.

Back to our giveaway, one lucky reader will have the opportunity to win the Claret Knot Front Dress. The pretty frock is remarkably similar to Kate's Jolene Dress, with the addition of longer sleeves making it more appropriate for evening wear and the ideal choice for a romantic Valentine's Day date with your other half. The dress comes in four colours and the winner may choose which one they prefer. Sizing generally runs from 6-18 although this may slightly differ with varying colours. Below we see the Claret dress in red.

More from the product description:

'Séraphine's knot front maternity dress is an elegant option and a staple for any maternity wardrobe. Exuding opulence, without compromising on comfort, this dress is made in a soft silk-like jersey. The stunning front knot creates ultra-flattering gathers over your bump, with a chic V neckline that works perfectly for nursing.'


How do you enter:

It's worth noting, several of our readers who are not expecting have purchased Kate's dress to wear as everyday pieces. With many thanks to Séraphine for this giveaway and best of luck to all our entrants. It closes on Monday!
Posted by Admin at 01:24:00