The Duke and Duchess of Cambridge look relaxed as they were spotted on their way in with Prince George and his nanny Jessie Webb. The foursome arrived fifteen minutes later than the other guests and stayed for roughly two hours. 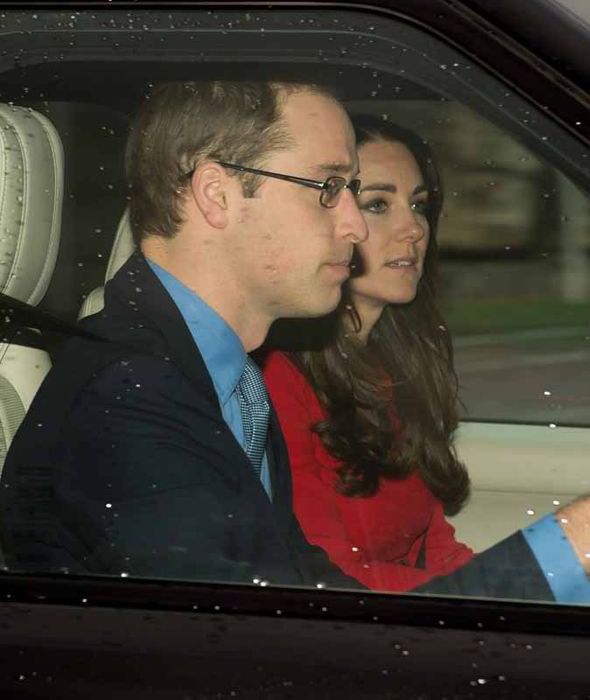 Her Majesty throws the 50-strong lunch every year for the entire extended family, many of who will be spending Christmas with their own children and grandchildren rather than joining the annual gathering at Sandringham. The Queen and Prince Philip are expected to make the journey to the Norfolk estate within the next couple of days, where they will settle in before welcoming their children, grandchildren and other relatives on Christmas Eve. 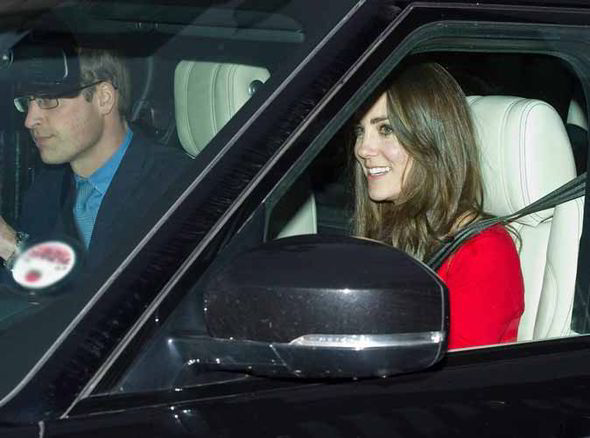 It is one of very few occasions where immediate and extended members of the Royal Family are assembled together. It is said The Queen takes attendance at the luncheon very seriously, although Prince Harry and Princess Eugenie were absent today. The Prince will join his family at Sandringham next week. Indeed, it is not the first time one of Her Majesty's grandchildren has missed the get-together. In 2011, Princesses Beatrice and Eugenie opted to attend Holly Branson's wedding instead.


Among those seen arriving were Prince Charles and The Duchess of Cornwall, The Duke of York, The Earl and Countess of Wessex, Princess Anne, Zara Phillips, Peter Phillips and Autumn Kelly, the Kents and Gloucesters. 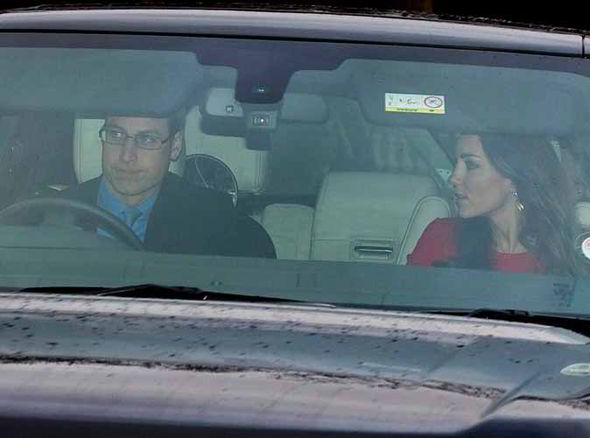 It is the fourth consecutive year Kate has attended. Below we see the Cambridges arriving at last year's luncheon.


It appears Kate wore the bespoke Sarah Burton for Alexander McQueen red dress from the Jubilee River Pageant in 2012.

The striking wool crepe piece features long sleeves and incorporates elements from the designers Pre-Fall 2011 Collection and it worked beautifully on Kate. 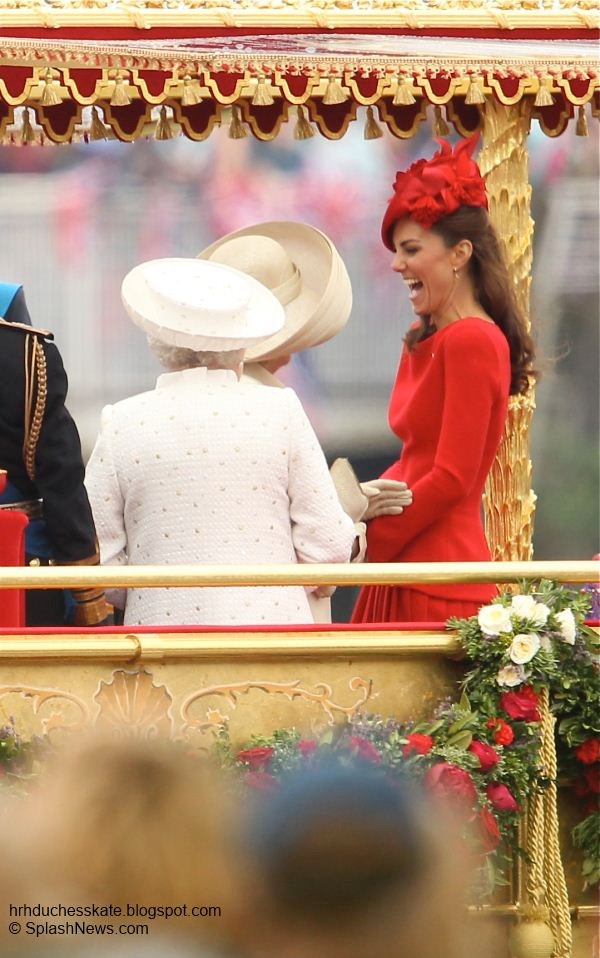 Another contender is the Elsa Dress by Beulah London (with thanks to all of you who have suggested it). The £350 garment features puffed sleeves at the shoulder and a peplum at the waist combined with a crisp fitted skirt and darted detailing. We know Kate is a fan of the brand and from looking at close-ups it's a definite possibility.


As we won't see photos from inside the reception, I doubt we'll ever know precisely which dress Kate wore.

Kate brought back her £140 Catherine Zoraida Double Leaf Earrings Kate wore during a state dinner in Malaysia. The 18ct gold plated silver earrings are very pretty and I imagine they worked very well with the red McQueen dress. Quite a festive pairing? 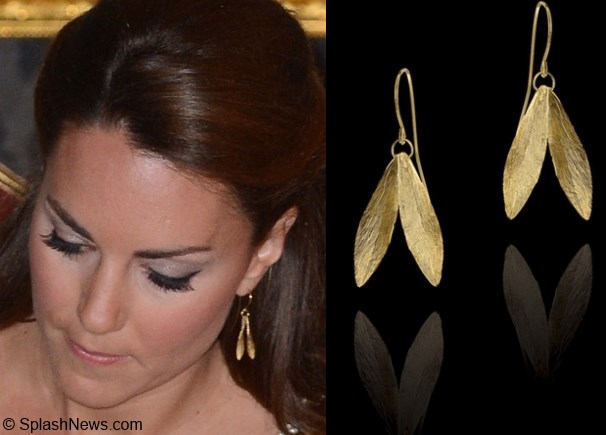 It was a wonderful opportunity for the family to catch up. No doubt Kate is preparing for Christmas at Sandringham next week and making last minute preparations!

We have just a couple of additional tidbits to share (the Cambridges have been keeping a low profile and there's been very few sightings of them out and about). In this day and age of paparazzi and Twitter pics going viral within minutes, the couple have done an excellent job of keeping George shielded from the press. Like any new mum, I imagine Kate has been dressing George in some adorable outfits.

The Duchess allegedly purchased a couple of items fit for a king at the Chelsea branch of London chain Trotters. Kate picked up the aptly named 'George' jumper with a Union Jack on it.

The £34.99 piece is billed as great for "afternoon tea with the Queen":

'Rule, Britannia! The majestic George sweater proudly boasts the Union Jack flag across its centre front as a patriotic statement of Brit cool. Wear with a smart Oxford shirt and preppy chinos for afternoon tea with the Queen.'


Kate reportedly also picked up the £19.99 Guard T-Shirt which is described as the perfect garment for the little boy who dreams of one day becoming a soldier boy. In relaxed marl grey tone, the top features three soldiers with the slogan 'left, right, stop'.


It's the second time Kate has been in the store shopping for little George.

Our next segment may be of particular interest to our male readers. Prince William has added a £250,000 Bentley to his garages. The Flying Spur, which William and Kate will use for travelling to and from official engagements is one of the world's fastest saloon cars with a top speed of 200 mph.

It includes a host of special features including a hand-crafted walnut interior, champagne cooler and Wi-Fi Internet. It is understood the Cambridges opted for quilted leather seats which have a massage function. It's said to be an incredibly safe vehicle with bullet-proof windows and super-hardened steel armour. It is being leased privately from Bentley, a well-known arrangement for official cars used by the British Royal Family.