The Duchess of Cambridge stepped out in London tonight to attend the glamorous SportsBall, the annual gala dinner of her patronage SportsAid. 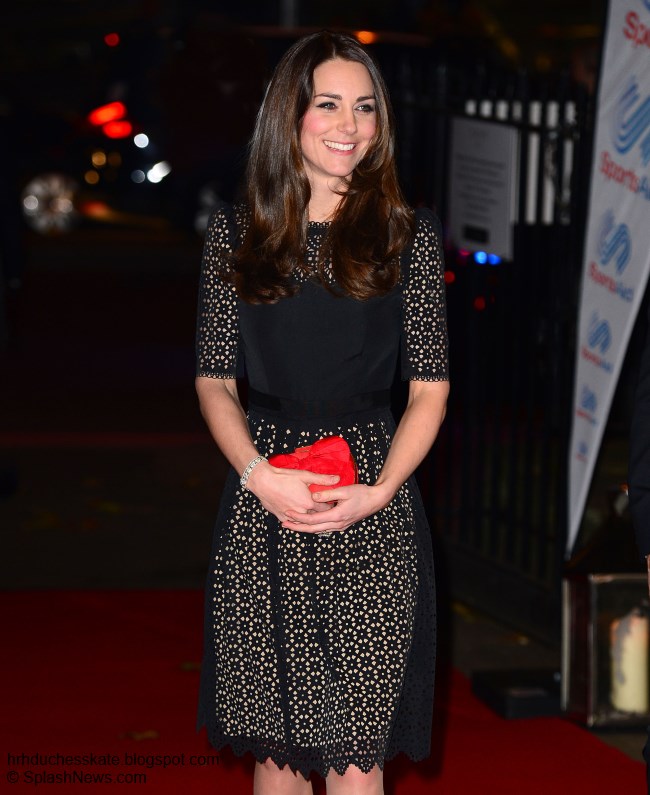 The radiant Duchess was greeted by a large number of photographers and journalists who had waited for hours to catch a glimpse of the event's guest of honour. 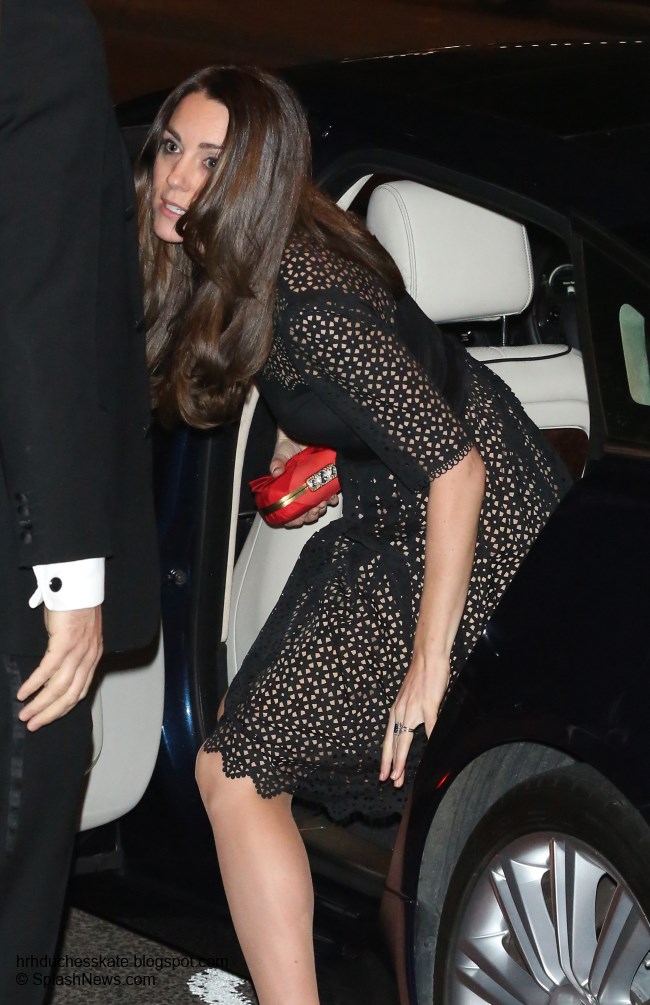 Kate greeted Olympians at the entrance to the venue. 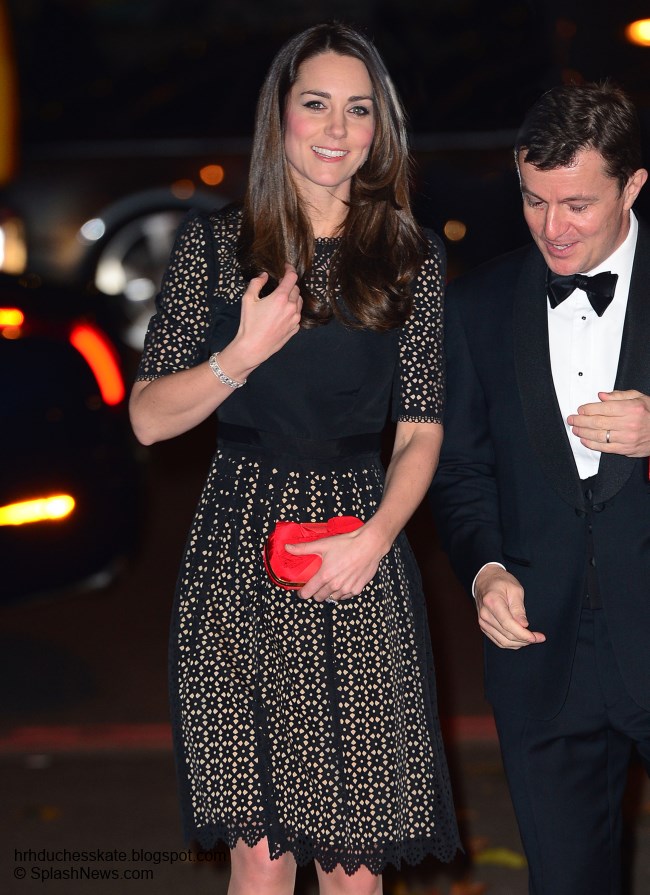 The black-tie event, sponsored by Tiffany & Co. and Laurent-Perrier Champagne was held at a luxurious pop-up venue, Supernova, in Embankment Gardens. Madhen, the band who provided tonight's musical entertainment shared a photo via Twitter. I think you'll agree, it looks fabulous.


The annual fundraising event was a star-studded evening of sports entertainment with a VIP guest list including Olympic and Paralympic legends Ade Adepitan, Anna Hemmings, Anna Watkins, Danny Crates and David Florence, to name a few. This year's ball focused on the 2014 Winter Olympic and Paralympic Games in Sochi, with a look further ahead to Rio in 2016. Also in attendance were Sam Branson and his wife Isabella, sister of Prince Harry's girlfriend Cressida Bonas. 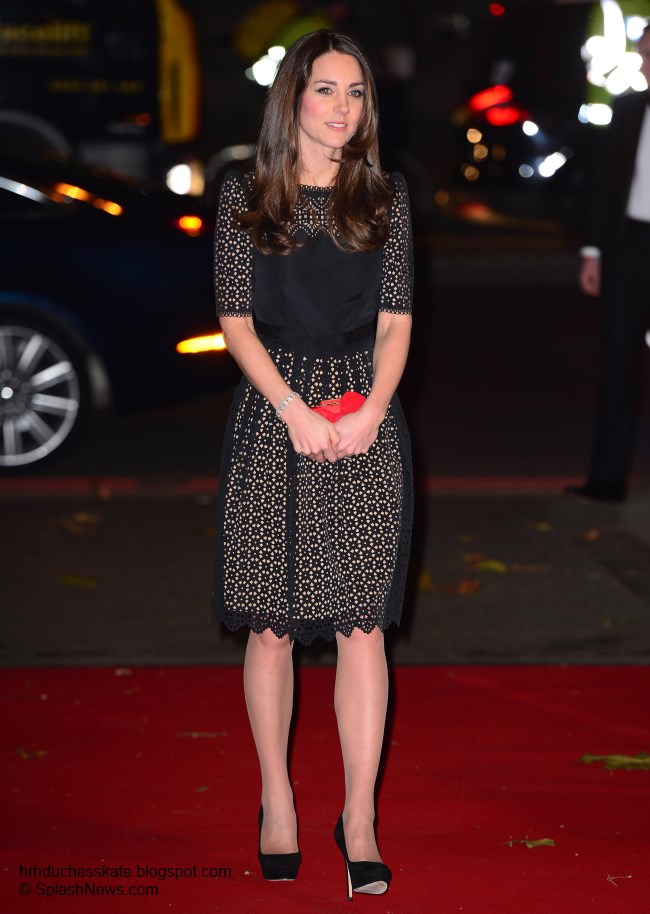 SportsAid supports and celebrates aspiring British athletes and helps sportsmen and women achieve their ambitions by giving them cash awards during the defining early years of their careers. The athletes, who are typically aged 12 to 18 are thought to be the brightest hopes for the country's future Olympic and Paralympic success. 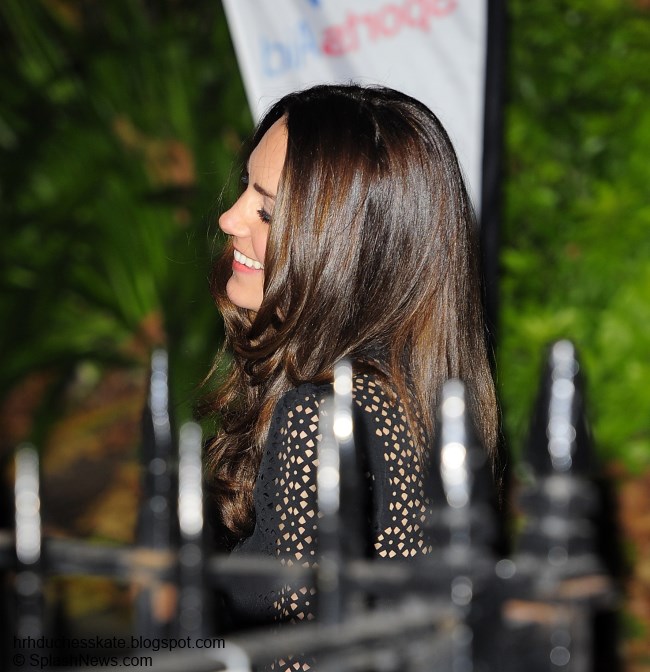 Kate became patron of the charity in April and attended an Athletes Workshop to learn more about the organisation in October. 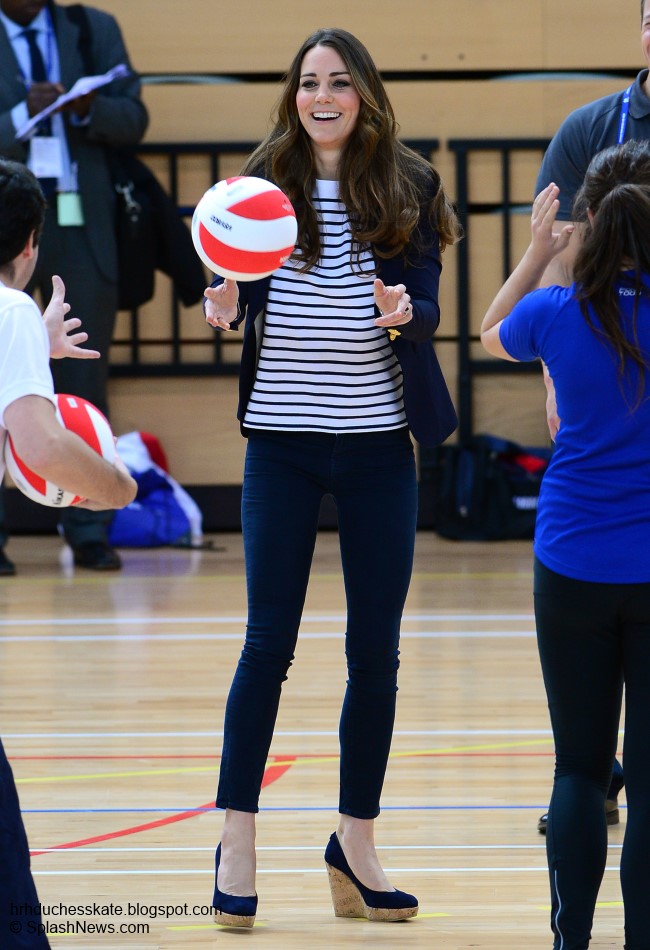 
The Duchess enjoyed chatting with the athletes.


Kate spoke with Olympic gold-medallist rower Anna Watkins who is also a new mum. More from the Express Story:

'Anna said: "I've met Kate before during the Olympics, she's lovely and so interested and supportive of athletes. She asked me what I've been up to since the Olympics and I said 'Well actually I've had a baby. I had a son, William, two months ago'. Kate said congratulations and said 'Will you go back to rowing?' I told her I have no current plans but I'm not ruling it out.'


The Duchess announced the winner of the prestigious One-To-Watch Award and presented it to the delighted winner Amber Hill.


'Recognising young sports people who show through their performance, sacrifices, commitment and attitude that they have great potential for the future, the One-To-Watch Award will this year be chosen from more than 1,300 talented sportsmen and women from across the UK who have been supported by SportsAid in 2013.'


It was hoped Kate might follow in William's footsteps and show off her vocal talents at the ball :) Royal correspondent Rebecca English notes the Duchess can certainly pull off a tune:


For a black tie ball we had expected to see Kate in a dazzling floor-length gown. Instead the Duchess chose a simple little black dress by Temperley London. It is undoubtedly a beautiful dress, very pretty and understated yet it encompasses the timeless elegance we have come to expect from Alice Temperley designs.


The Temperley London Templeton dress originally retailed for £450 before going on sale and selling out. It is described as:

'Inspired by Renaissance stained glass, it is made of a taffeta style fabric and has a plain body with a detailed neck yoke, sleeve and skirt finished with a feminine scallop. Demure and slightly Audrey Hepburn in feel, it has a nipped in waist, slight exaggerated shoulders and full skirt.'


A closer look at the garment.

A look at the back of Kate's dress.

In this photo we also see Kate's hair looks darker than we've seen recently. Darker hair has always suited her colouring much better and this shade looks lovely, very rich and vibrant. 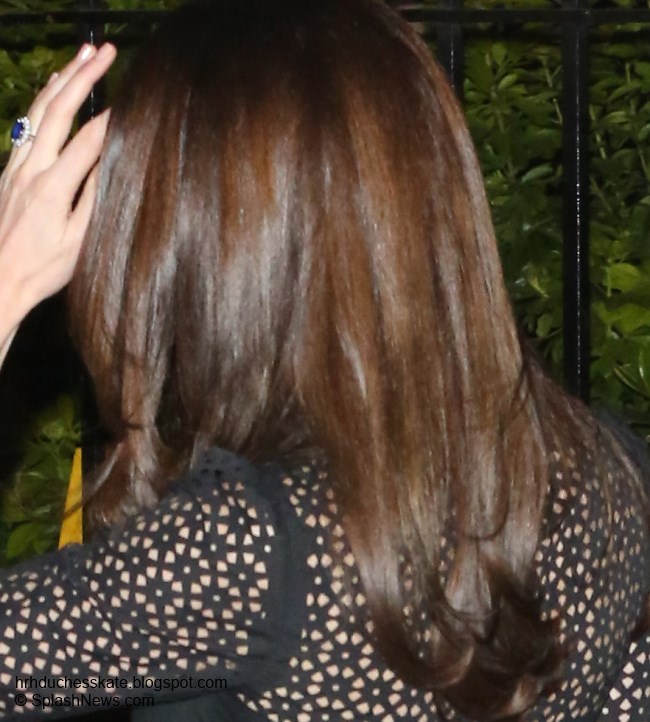 Kate teamed the dress with her black suede Jimmy Choo Cosmic Pumps. They have served Kate very well on a number of occasions and they worked perfectly with tonight's look. They're available in black and nude patent for €542 at Nordstrom.


Kate carried her red Alexander McQueen clutch which added a splash of colour to the ensemble. She accessorised with her Art Deco bracelet and matching diamond earrings, which were a wedding gift from Prince Charles. 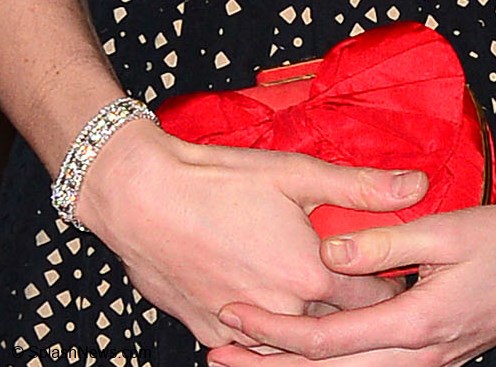 Finally, J. Crew has landed in Britain and who better to sport the brand's designs than William and Kate? I love this mock-up, what a fun concept :)