Who Will Prince George's Godparents Be?

With just over three weeks until the christening of Prince George on October 23 at the The Chapel Royal, St James's Palace, we are all very eager to know who William and Kate have chosen to be their son's godparents. The role of godparent is one of the greatest honours a friend or relative can bestow - particularly when the baby in question is third in line to the throne. 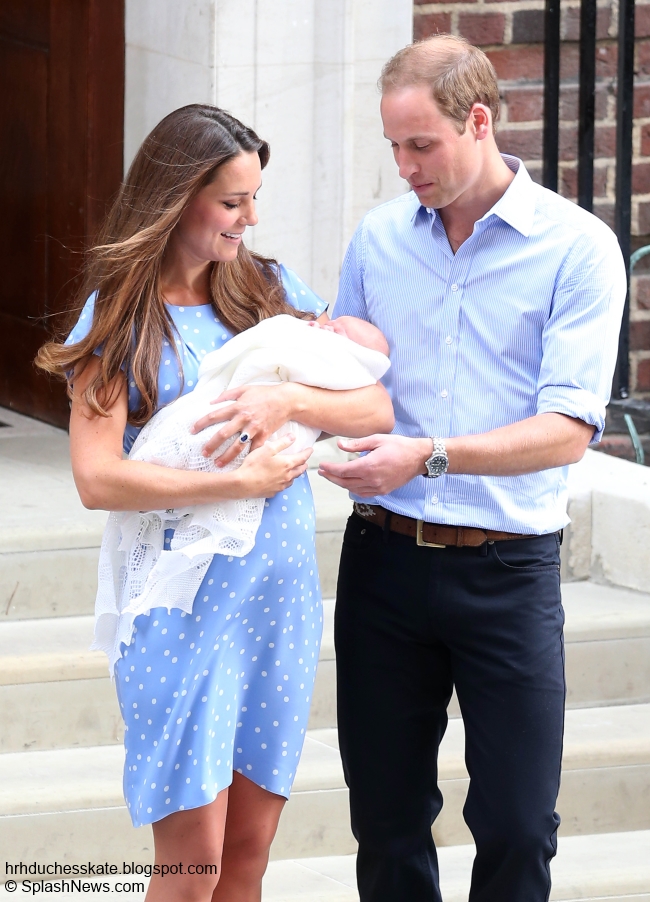 The Cambridges are very much a modern royal couple and predicting royal godparents is difficult at the best of times, but in this instance it's very hard to guess indeed. Prince Charles's cousin India Hicks told People, "you choose godparents for various reasons" and revealed her own method of selecting godparents wouldn't be any different to William and Kate's.

'We chose one that we knew would be there if anything happened to us and be able to take over the mothering for the child, we chose one who was fascinating from a religious point of view and had a very different think on life, could teach the children a different way of looking at religion. We also chose a great artist who could inspire them. Prince George's godparents will guide him in many ways.'


Who did Prince Charles and the late Princess Diana choose? Prince William was baptised in the Music Room of Buckingham Palace on 4 August 1982  and he had six godparents.


I expect we shall see William and Kate making much more personal choices. Will they break with tradition and choose fewer than six godparents? It's been discussed in the media and is most definitely a possibility. Choices will most likely be somewhat less formal and we could see younger godparents than previous royal christenings. Who will the lucky few be? As I mentioned above, we can merely speculate (but it is such fun to speculate), so let's take a look at possibilities...

Like so many of you, when I think of godparents for Prince George, one name springs to mind instantly - and yes it's one of our two favourite princes - Prince Harry. William and Harry share an incredibly close bond. Kate also shares a very strong bond with her brother-in-law, and he has spoken of the Duchess as a 'sister' and will, without question play a pivotal role in George's life. At a ceremony for children last month, Harry described being an uncle as "fantastic", saying to guests "I've literally just seen him. It was the first time I've seen him smile". The beaming uncle's enthusiasm was clear at the reception, and he would be a fantastic choice.

From Kate's side of the family we also look at her siblings, both very strong possibilities, particularly Pippa. The Middletons are a very close-knit family, and Kate and Pippa have always been close, not only as sisters but as best friends. William has always loved the family atmosphere at the Middletons home and Pippa has been a source of support for Kate throughout the years, so I imagine she'll want her to play an important role in George's life.

While Harry and Pippa seem the most likely contenders, nothing is set in stone. Editor-in-chief of Majesty Magazine Ingrid Seward said:

'Pippa and Harry are already going to have a strong presence in Prince George's life so there's no real need for them to be also named godparents. There are no hard and fast rules when it comes to selecting godparents. It's difficult at the best of times but in this instance it's a minefield.'

26-year-old James Middleton is also in contention. I would be surprised if we didn't see either Pippa or James included. 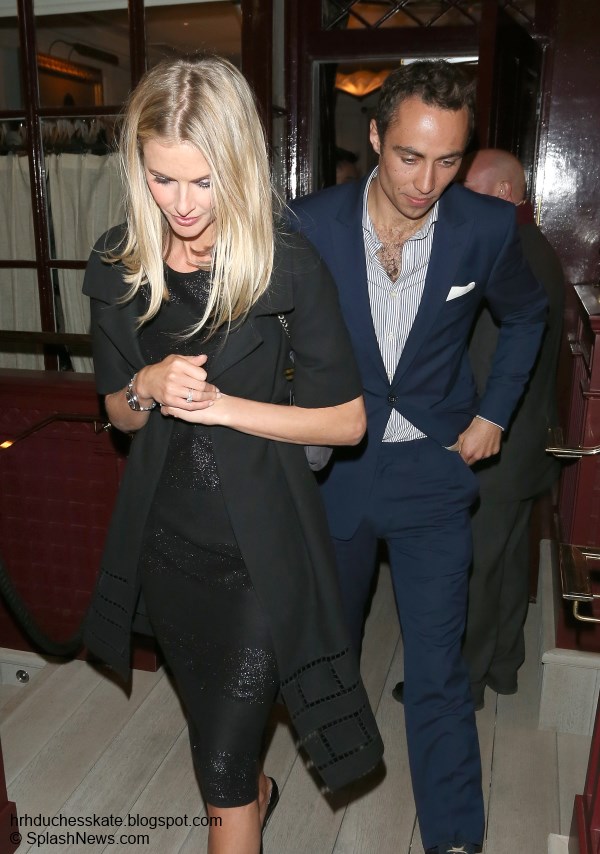 Jamie Lowther-Pinkerton has been in instrumental in shaping the way the young royals present themselves. He served as equerry to the Queen Mother from 1984 to 1986, and for his services was appointed Member of the Royal Victorian Order. He became William and Harry's private secretary in 2005 and has become the Princes' most trusted adviser. Mr Lowther-Pinkerton stepped down from his full-time role last month to take up consultancy roles, but continues to spend one day per week at St. James's Palace to act as a sounding board. I think William and Kate have a tremendous amount of respect for Jamie (his son William was a page boy at the royal wedding), and he could offer George invaluable advice in the years to come.


James Ogilvy, son of William's godmother, Princess Alexandra and the Queen's favourite cousin Sir Angus Ogilvy. Like William, James met his wife when they were both students at St. Andrews. It is believed the Prince spent quite a bit of time at James's home in Edinburgh during his time at university. He is godfather to Princess Eugenie.

Tiggy Legge-Bourke Pettifer, has worked for Prince Charles in a number of positions including the role of personal assistant. She also worked as a nanny to William and Harry. In 1996, at the age of thirteen, William asked both of his parents not to attend Eton's Fourth of June celebrations (to avoid making a difficult choice, the divorce was finalised on August 28 that year) the high point of the school's year. Both Charles and Diana were said to be taken aback when he asked Tiggy to attend in their place. Harry is godfather to Tiggy's elder son Fred, and William is younger son Tom's godfather.

Moving on to Prince William's circle of friends and several names comes to mind immediately. Old Etonian James Meade delivered the joint best man's speech at the royal wedding in 2011. Many of you will recall Prince William was an usher at his wedding to Lady Laura Marsham in Norfolk last month. Mr Meade is also very friendly with the Duchess, whom he escorted to the 2007 Badminton Horse Trials during William and Kate's brief separation. 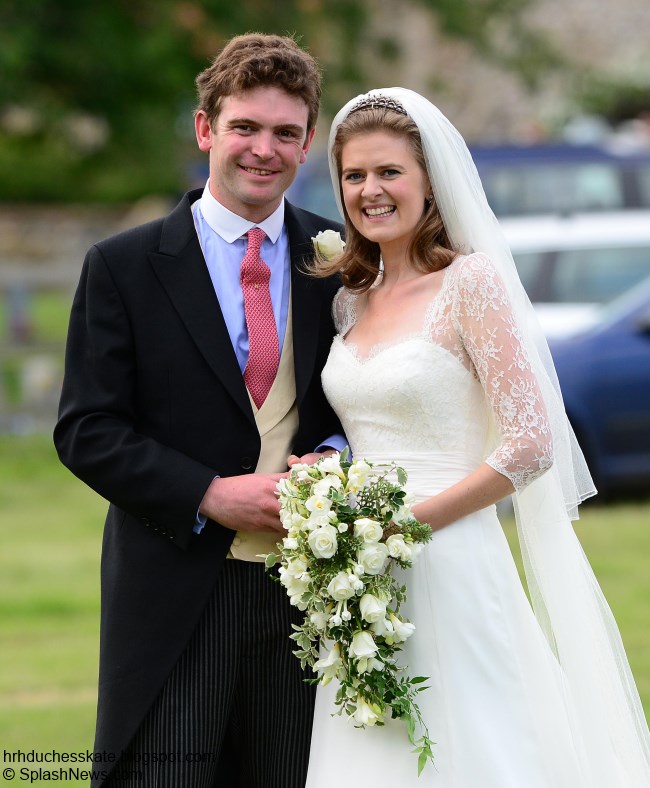 Thomas van Straubenzee went to Ludgrove prep school with William and is one of his oldest friends. Thomas and his wife Lady Melissa Percy joined the Cambridges at Balmoral the week before last for a grouse shoot and to catch up. 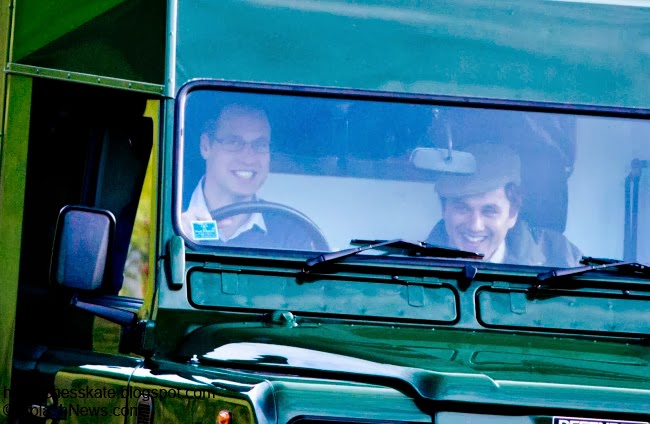 Hugh van Cutsem. William is Hugh's daughter's godfather, the adorable Grace van Cutsem who was a bridesmaid at the royal wedding (who will forget the photos of little Grace covering her ears on the balcony). Hugh's father, who passed away recently, was very close friends with the Prince of Wales.


Trini Foyle is a long-time friend of the Duchess since her days in Marlborough. Kate spent a lot of time socialising and partying with Trini during the 2007 breakup and she was photographed walking with her in Hyde Park earlier this year. Kate and Trini have a lot in common, they're both young mothers and due to the length of their friendship, she's certainly a contender.

Next we take a look at what would be widely considered less likely options, but options that will have been considered by William and Kate beginning with relatives of the late Princess Diana. For his mother's 16th anniversary William and Kate took little George to Althorp to meet Diana's family. It is enormously important to William and Harry to keep their mother's memory alive and I think it entirely probable William will want to acknowledge his mother's side of the family and choose his aunt Lady Sarah McCorquodale (who he enjoys a close relationship with) or her daughter Lady Emily McCorquodale. My only reservation would be the fact the Royal Family are not very keen on Diana's brother, Earl Spencer. 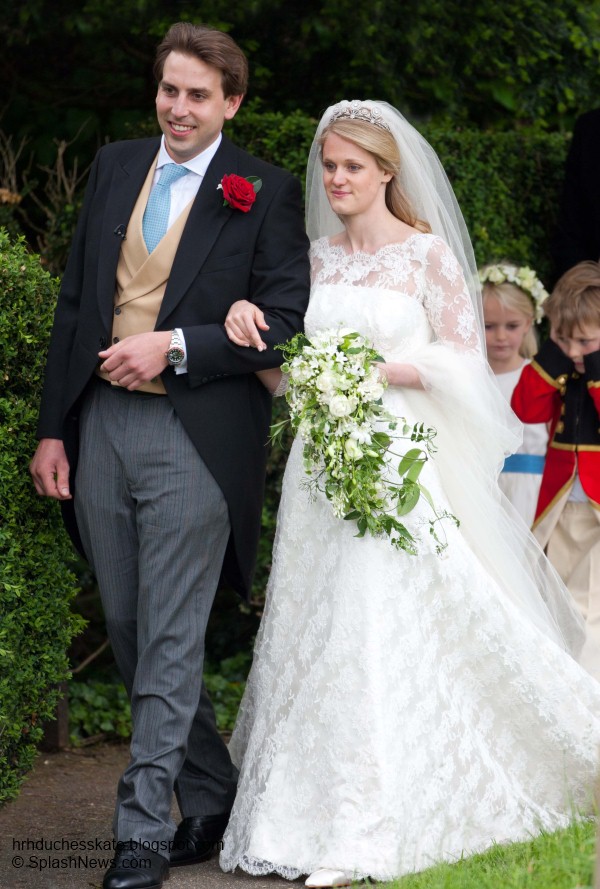 Members of the Royal Family including Princess Anne's children, Peter Philllips and Zara Tindall also make the list. Peter has young children while Zara is expecting her first. If I had to choose between the two, I would say Peter has the edge, as the Queen's eldest grandchild and Prince Charles's godson Peter has always acted as something of a mentor for his cousins.

The Countess of Wessex would be a stellar choice in my opinion. Sophie comes across as warm and personable; she and Kate appear to get along famously and it would please the Queen greatly as she simply adores her daughter-in-law.


Guy Pelly is one of William's oldest friends and organised his stag do. He has something of a party boy image and last month the press revealed he had been chosen as one of George's godparents. Mr. Pelly has publicly denied this meaning we can probably rule him out.


William's stepsister Laura Lopes, daughter of the Duchess of Cornwall has been mentioned. 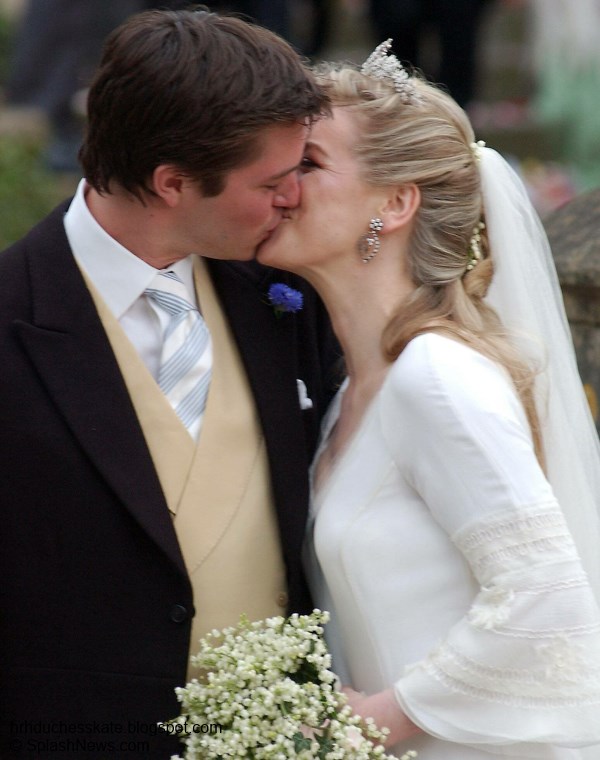 Could the Cambridges choose a European royal? If so, who? The European royals tend to select one another as godparents, but this is not common practice among the Royal Family. The Greek Royals are being mentioned quite a bit; Prince Philip is the grandson of George I of Greece. Prince Haakon of Norway and his wife Mette Marit have also been suggested.

If they do select a European royal, I would love to see Crown Prince Frederik or Princess Mary of Denmark chosen. They're also modern royals and parents who could offer George guidance in his royal life. It is believed William and Kate got along very well with the Danish royals, who reportedly sent the couple a special message following George's birth. 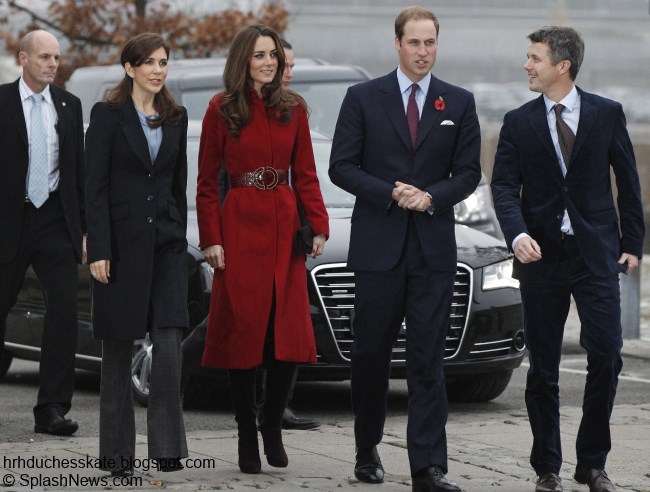 The Church of England website offers the following information on the role of a godparent, particularly important words for godparents of Prince George, who will one day be head of the Church.

'As a godparent, you have a special role. It's about helping a child to come to know God, encouraging them in their spiritual life and supporting them in their membership of the local church.

You will be expected to attend the child's baptism, where you will make promises to help to bring them up in the Christian faith. It's a role that will develop overtime, as your godchild grows and develops their own faith.'

'The most important gifts you can give your godchild are your time, presence, and prayers, but you will probably also want to mark the baptism or confirmation by giving a special gift. Here are some suggestions: Bibles, a silver or gold cross or chain, a small wooden cross, an icon or picture.'

I've shared my choices and popular names in the media and bookies. Yesterday I took to Twitter to ask royal fans from various parts of the world what they think. Take a look at some of their replies, and note one eager tweeter has volunteered to fill one of the roles herself! :)

The Duke and Duchess have many friends and family to choose from, and no doubt they've put a lot of thought into their decision. Who would you like to see chosen?
Posted by Admin at 06:26:00