The Christening of Prince George

It has been one of the most eagerly anticipated and long awaited dates on the royal calendar this year - today Prince George Alexander Louis of Cambridge was christened at The Chapel Royal, St James's Palace. 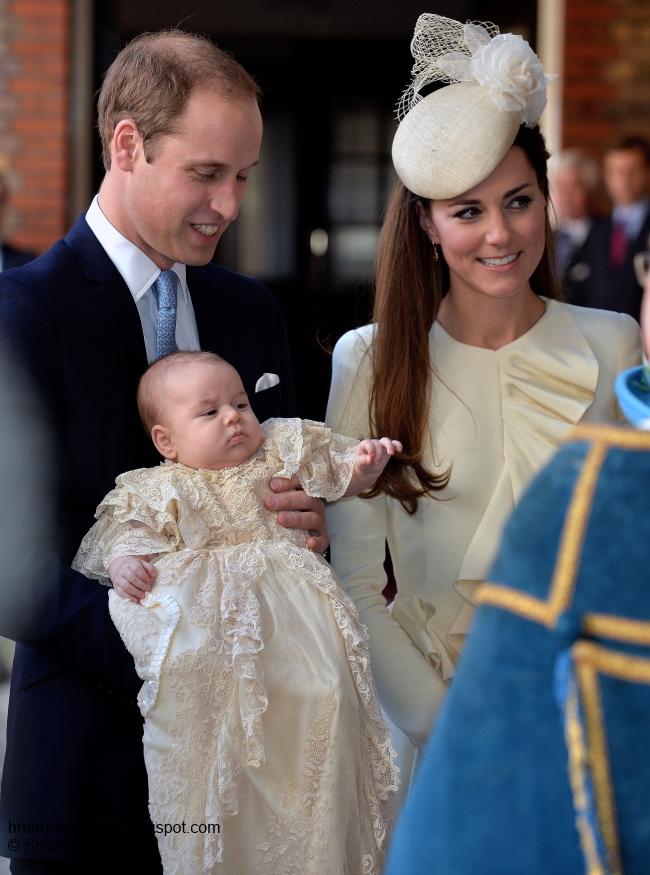 The Duke and Duchess of Cambridge arrived with little George at 2.30 p.m. William sat in the front of a Jaguar XJ, whilst Kate sat in the back with George. 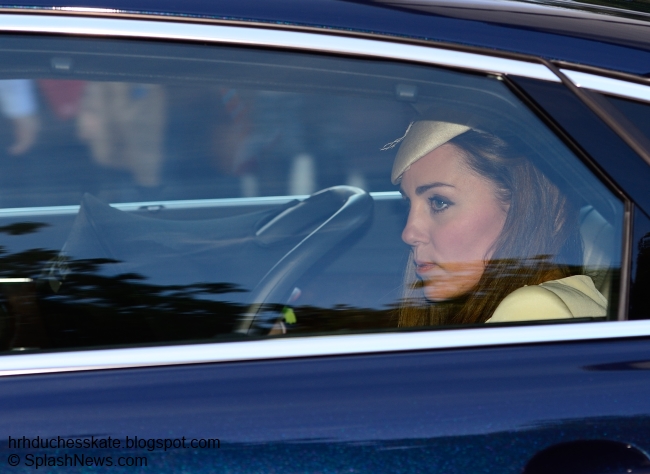 The christening of a couple's first child is always a particularly special occasion and even more so for William and Kate with people from around the globe celebrating the special day. 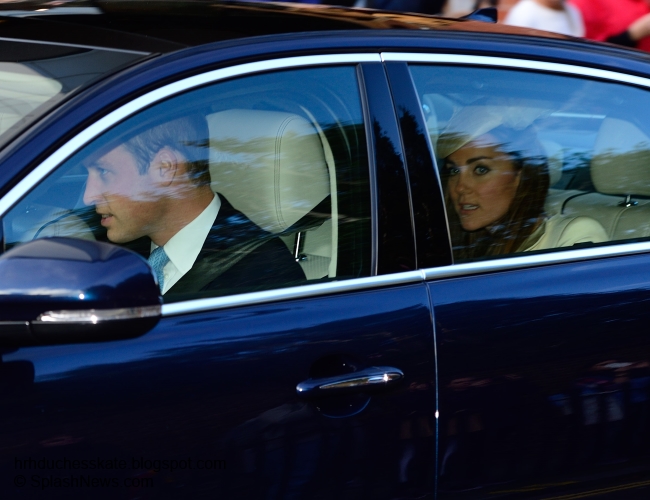 It's the first time we've had the opportunity to see the three-month-old baby properly and initially I thought he looks very much like his dad, although on second glance he bears striking similarities to Kate when she was a baby. Who do you think he looks like?

Ahead of the Christening, Archbishop Justin Welby released a video message in the hopes that George's christening will encourage other couples to consider having their child baptised. He offered the Cambridges the following advice:

'My message to them, would be, what a treat, what an amazing gift, what wonderful times that you will have. There will be great times and tough times, there always are with children.'


The Archbishop baptised Prince George by splashing his head three times with water rather than by dipping his head into the font. The Lily Font and water from the River Jordan were used during the baptism.

Prince George wore a hand-made replica of the royal christening robe, made by Angela Kelly, dressmaker to The Queen. The original Honiton lace and satin robe, which is now 172 years old, was last used in 2004 with Lady Louise Windsor being the last royal baby to wear the piece. After years of wear it had become too fragile to use, so in 2008 The Queen commissioned a replica. It features the same length skirt, elaborate collars and bow as its predecessor. The first baby to wear it was was James, Viscount Severn, son of The Earl and Countess of Wessex. 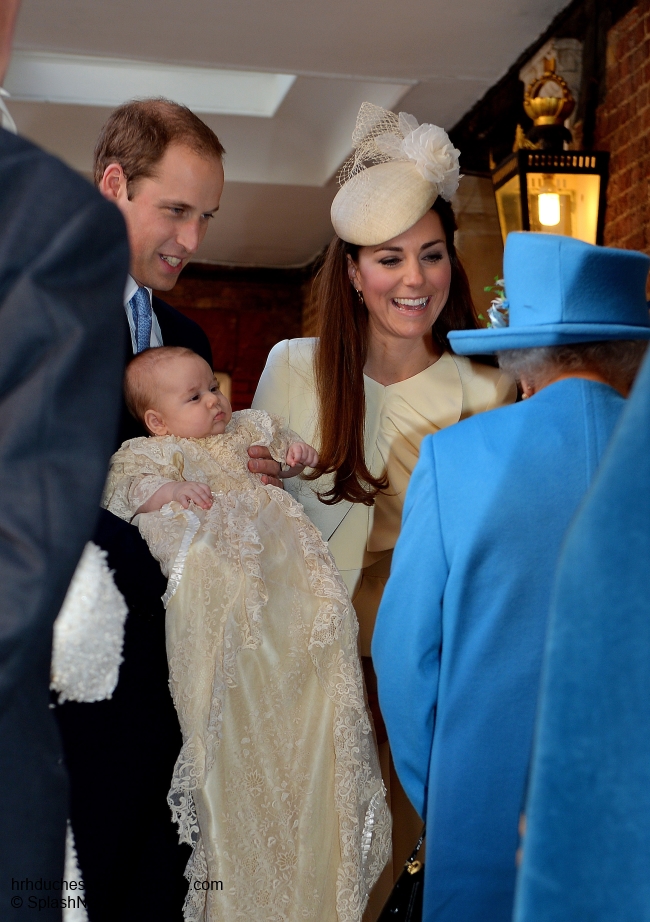 Just twenty-two guests were invited to the christening including The Queen, The Duke of Edinburgh, The Prince of Wales, The Duchess of Cornwall, Prince Harry and Michael, Carole, Pippa and James Middleton. Other guests included Prince George's seven godparents and their spouses.

Yes, William and Kate have selected seven people to be godparents to their first son. 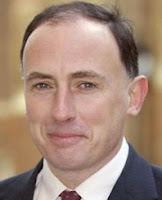 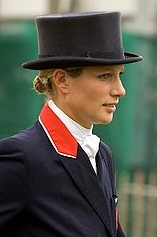 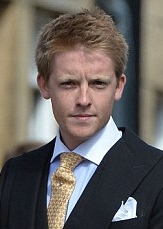 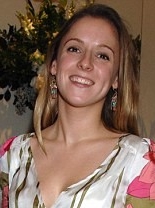 There was much speculation surrounding the choice of godparents, and it had been thought William and Kate would break with tradition by choosing less than six. It is interesting to note they asked seven people. I quite like the mix, from close friends, to a trusted aide and of course including the late Diana by asking one of her dearest friends. What do you think of William and Kate's choices? 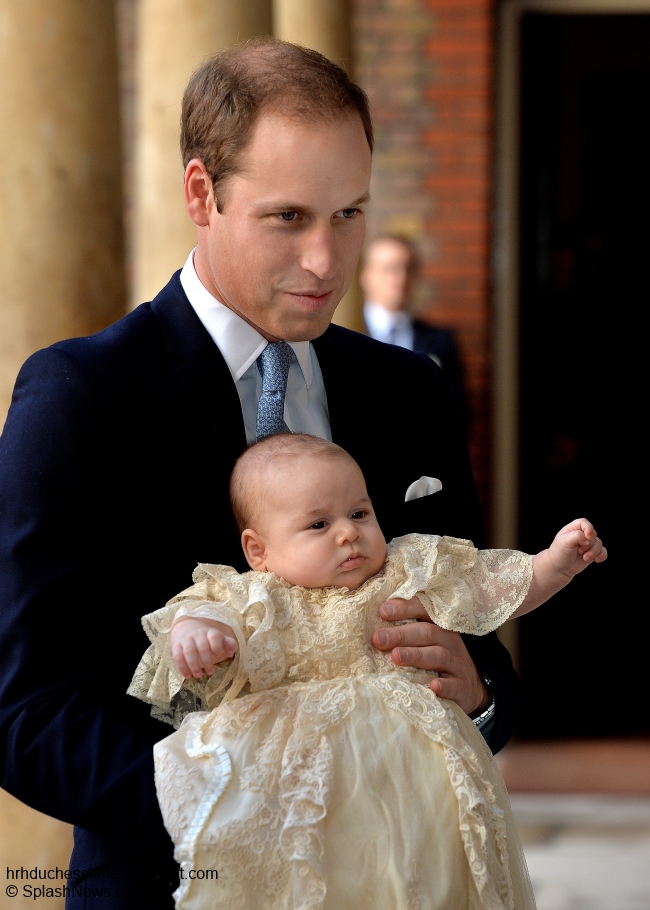 The forty-five minute service featured two lessons from St Luke and St John read by Prince Harry and Pippa Middleton and the following hymns; Breathe on me, Breath of God and Be Thou My Vision. Two anthems, Blessed Jesu! Here We Stand (written for William's christening) and The Lord Bless You and Keep You were performed by The Choir of Her Majesty's Chapel Royal.

The Chapel Royal at St James's Palace was used for the lying in state of Diana Princess of Wales after her death in 1997. The chapel was also the venue for Kate's confirmation into the Church of England in 2011, in a private ceremony before the royal wedding. Built in 1531, the heart of Mary Tudor was laid beneath its chancel step in 1558. Princess Beatrice's christening took place there in 1988, William attended the service with his mother.

William and Kate selected The Chapel Royal because they felt it was the perfect choice for an intimate christening.

The Queen wore a brooch that was a gift from her parents to mark the birth of Prince Charles in 1948.

The Duchess of Cambridge looked regal in an ivory Alexander McQueen dress (with many thanks to Perth Fashion). The ivory piece is from the Spring/Summer 2012 Collection and described as a leaf crepe jacket with wave ruffle panel, jacket has rounded padded shoulders and silk lining. 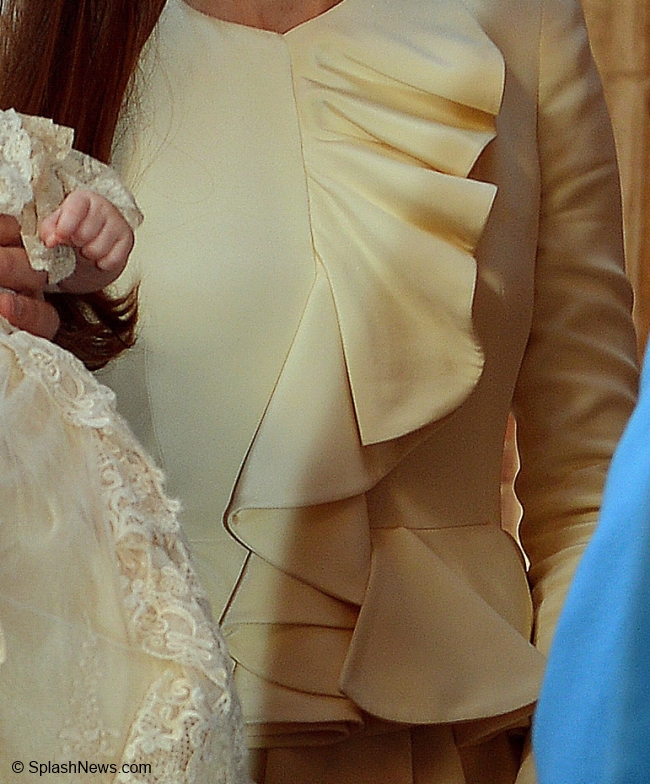 It is thought to be a modified version of the garment show below.


Kate wore the appropriately named Georgie Hat by Jane Taylor Millinery (with a special thank you to CP). The sophisticated sinamay beret with delicate silk/organza rose and classic veiling trim is available for £755.


Kate accessorised with her Kiki McDonough Citrine Drops and her Gucci watch. 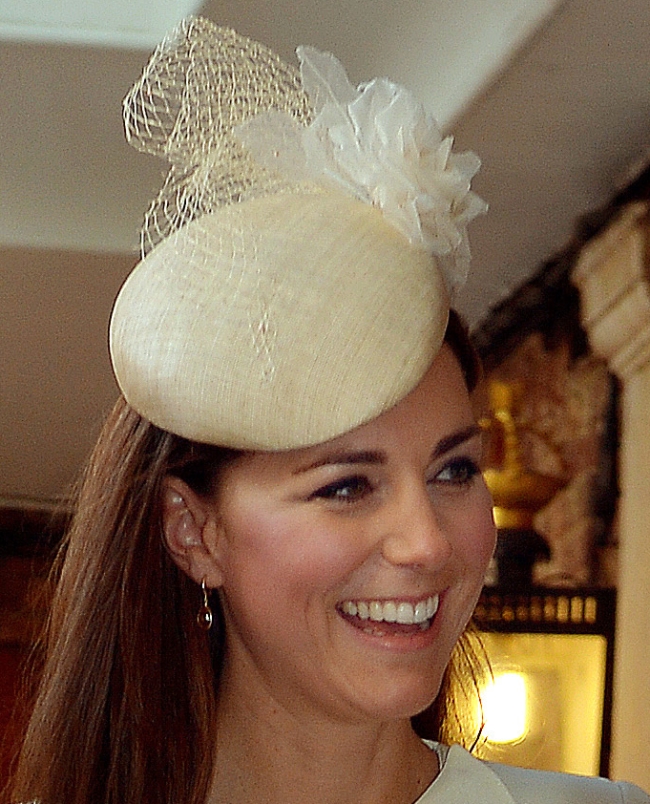 Kate completed the look with her £165 Russell and Bromley Park Ave pumps.


You can watch a video of the Cambridges arriving with little George at ITV and Sky News. 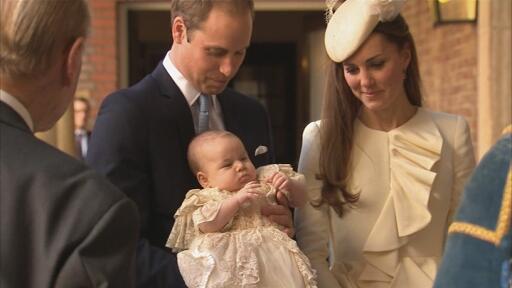 Following the service, Prince Charles and Camilla gave a private tea at Clarence House. Guests were served slices of christening cake, which is a tier taken from William and Kate's wedding cake. After the reception the official christening portraits were taken by noted photographer Jason Bell. The photos will be released at some point tomorrow. 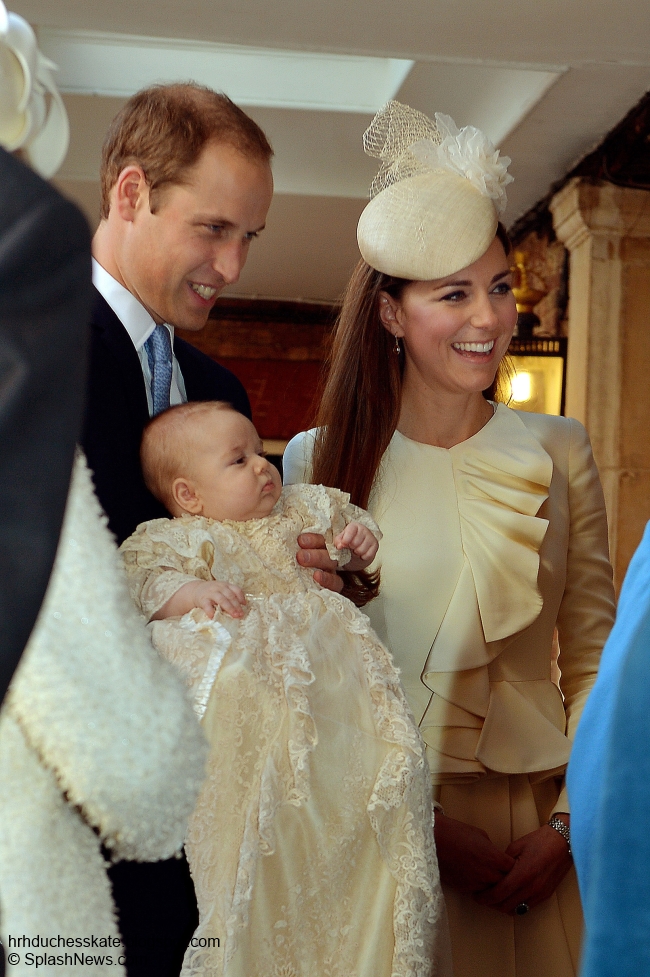 It was a beautiful christening and wonderful to see so many members of the royal family and Middleton family together to celebrate the christening of Prince George. The Duke and Duchess looked incredibly proud and the Kate's McQueen dress was the perfect choice for the occasion.

We'll see you all tomorrow when the official christening portraits are released :)
Posted by Admin at 15:39:00