Today's post primarily focuses on news of the Duke and Duchess of Cambridge's homes - past (Anglesey), present (Kensington Palace) and future (Anmer Hall). In lieu of sightings or engagement announcements there has been a series of articles published in recent days on the couple's residences. Most noteworthy has been information concerning Anglesey. 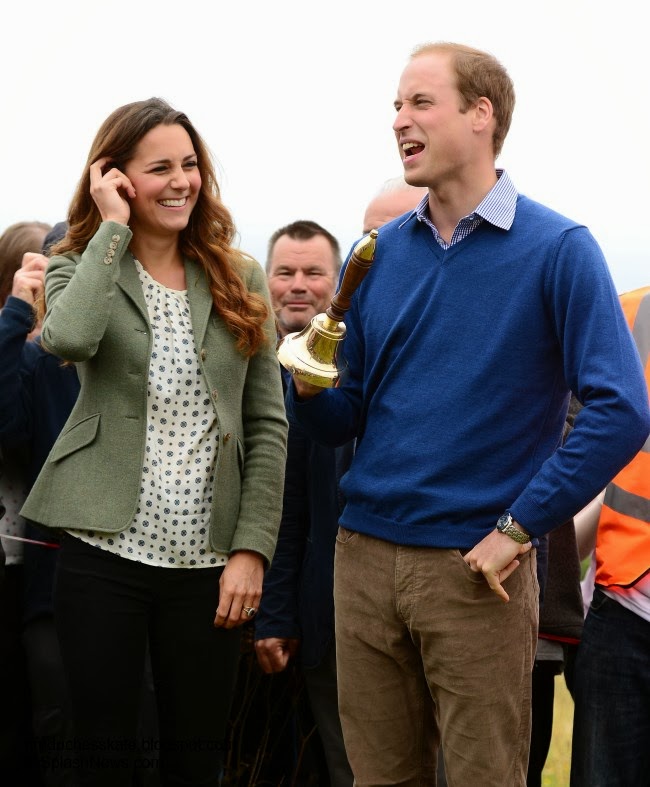 It has been revealed the house William and Kate rented in Anglesey - Bordorgan Home Farm which is on an estate owned by Lord and Lady Meyick - has its own racetrack. Prince William is said to have enjoyed riding his Ducati motorbike around the Island. The farmhouse was originally intended for their son before William and Kate moved in.

It has access to a private beach which nobody else could reach, onto the estuary... You could see the water from the bedrooms on the first floor, which look over the top of the outbuildings. The outbuildings surround a farmyard and you have to go through the farm yard to get down to the beach.

And if you look closely, you can get a glimpse of the view through the window in a photo.'


A first glimpse of the £750-a-month farmhouse has been released, sharing a look into the couple's pastel-coloured dining room complete with French doors, ornate lighting and picturesque views of the beach and Newborough Forest. A fabulous place to entertain guests, I imagine.


In addition to information on William and Kate's home in Anglesey, tidbits are emerging about their life there. The Mail Online's Rebecca English has written a couple of very insightful pieces; below we share an extract from one such article:

'Giggling as they adjusted their Day-Glo comedy afro wigs, the young couple slipped into their seats at the Empire picture house in Holyhead without a hint of fanfare. It was just weeks before Prince William and Kate Middleton announced their engagement - becoming perhaps the most talked about couple on the planet.

But in those last carefree days of the summer of 2010, the future King and Queen were simply two revellers among a group of friends from RAF Valley dressed in seventies-style-get-ups on a "team jolly" to watch Toy Story 3.

Jean Owen, the manager simply couldn't believe her eyes. "They turned up in fancy dress and wore big afro wigs. Prince William's was purple if I remember rightly," she said. "No one knew they were coming until they tuned up, and they said they were wearing the wigs for charity."

Another staff member added: "Although they were trying to be incognito, people recognised them instantly - but no one would have dreamed of taking a photograph. That's just not the way things are done on Anglesey."'

The piece goes on to paint a picture of a young couple enjoying a normal life on the isle, with privacy most public figures could only dream of. William would regularly go jogging through the village and chat with locals along the way; the couple were often spotted pheasant shooting, surfing at nearby Rhosneigr and taking romantic strolls down the beach.

While Prince William was on the base working, Kate was regularly spotted shopping in local supermarkets Tesco and Waitrose. One shopkeeper observed the following:

'She liked a bit of salmon fillet or cod loin. She always asked what was fresh from that day, and always about the price. I got the impression that she was quite careful with her money.'


While we're used to seeing Kate donning designer pieces from Jenny Packham and Alexander McQueen, locals in Anglesey were accustomed to seeing the Duchess very casually dressed with her hair tied back and wearing little or no make up.

One of Kate's favourite shopping destinations during her three years on the island was the Homebase D.I.Y. store on the Penrhos Industrial Estate in Holyhead. According to staff, Kate would spend up to an hour at a time browsing through the store, particularly in the lighting and bathroom department. Among Kate's purchases at the store were a £9.99 love cushion which promises to instantly update any room; a 'faux leatherette magazine file; and a £12.99 memo board, commonly used for treasured pictures.

In stark contrast to their life in Anglesey, Kate will now be firmly focusing on placing the final touches to Apartment 1A, the couple's new home at Kensington Palace. It is thought William, Kate and George will move in over the next couple of weeks and of course everyone is eager to know how the newly refurbished apartment will look.

I use the word apartment loosely:

'It is actually a spacious four-storey, twenty-room property with its own large South-facing walled garden, which takes up half the Clock Tower wing originally designed by Sir Christopher Wren for King William and Queen Mary.


Apartment 1A is marked below as 'Margaret's Apartment'. The Queen's sister Princess Margaret resided there until her death in 2002. We also see the late Princess Diana's apartment and Nottingham Cottage, the Cambridges temporary two-bedroom home in the grounds of the Palace.


It is understood the Duchess has been given her pick of stunning antiques from The Royal Collection (one of the largest art collections in the world, held in trust by the Queen). Members of the Royal Family are permitted to borrow pieces to furnish their homes and my goodness, what a magnificent collection it is. I simply do not know how one would choose, and I have no doubt it has been a highly enjoyable process for Kate, a history of art graduate.

Below we look at three pieces from The Royal Collection: The Opening of the Great Exhibition 1851, the Longcase Equation Clock and the Malachite Vase.


It is believed a state of the art kitchen has been fitted and the Duchess has been spotted shopping for fabrics in department stores such as John Lewis and the Chelsea Design Centre. According to widespread reports, it has been decorated in shades of warm cream.


I have no doubt Apartment 1A looks incredible.

As Kate finishes decorating Apartment 1A, she will soon be turning her attention to Anmer Hall. The Queen has ordered renovation work to begin in the surest sign yet the Georgian Mansion is set to become the Cambridge family's country retreat. 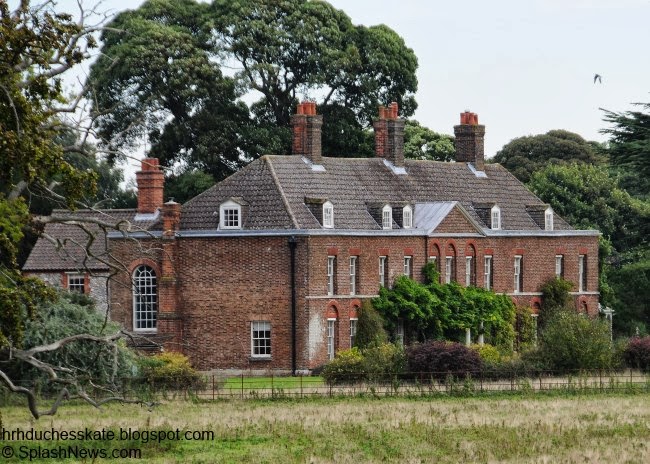 'Diggers are removing topsoil from a field in front of the 10-bedroom home to create a new drive that will provide greater privacy. The recruitment of dozens of armed officers is underway to help provide security.

Work has also started on creating a new car park and path for St. Mary's church next door - as the existing gate will become a private entrance for Prince William and Kate. All the work to Anmer Hall will be paid for privately as it's owned by the Queen.'


It's been quite a year for William and Kate who are no doubt looking forward to settling into their new home with Prince George at KP, while Anmer Hall will provide a secure location for them to relax and enjoy country living away from the public eye, similarly to Anglesey. What are your thoughts on the Cambridges' homes and Kate's reported home décor choices?
Posted by Admin at 04:47:00