The Cambridge family were photographed leaving Kensington Palace just after 1 p.m. today after spending their first night at home with their baby boy in Nottingham Cottage.


Bespectacled William sat in the front of a black range rover and smiled broadly as Kate sat in the back with Baby Cambridge, waving as they left the grounds.


They were accompanied by a four car convoy.

William and Kate received several visitors, beginning with James and Pippa Middleton who met their nephew last night. Prince Harry paid a visit to meet Baby Cambridge this morning and the Queen arrived at Kensington Palace to meet her new great grandson for the first time before travelling to Balmoral in Scotland on Friday. Her Majesty seemed delighted at a reception last night telling guests, "He's enormous."


Kensington Palace officials naturally refused to confirm where the trio were heading and although the couple initially turned in the opposite direction, it was very much thought they were taking their son to the Middleton family home in Bucklebury.

It would seem a logical choice as the press have been camped outside Kensington Palace since the early hours of the morning. Staying with Kate's family will allow both parents to relax and unwind at the manor which is surrounded by 18 acres and boasts a tennis court and swimming pool. Carole and Mike will be able to provide support and will be delighted to have the opportunity to get to know their grandson. 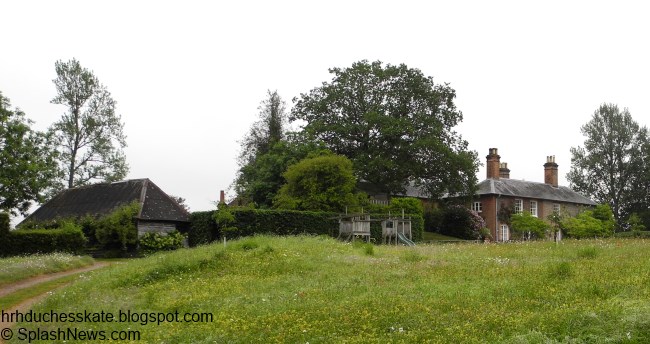 'This is a private and quiet time for them to get to know their son.'

There is a quick video of the departure from Kensington Palace at ITV.

Kate looked radiant in the Short Sleeve Knot Front Dress by maternity brand Séraphine (with thanks to Carly from Kate Middleton Style).  Kate bought several dresses from the brand and has been photographed wearing a couple of them in recent months. The lavender floral print dress features a v-neckline and short sleeves.

'This chic short sleeved maternity dress is the ultimate in effortless style and will ensure that you are perfectly polished for the on the go style in minutes.'


For those fond of the print, it also features on Seraphine's Joy Top which is currently reduced from £45 to £27 at John Lewis.

Kate accessorised with her Givenchy Sunglasses.

Kate wore her long hair swept back in a ponytail.

I don't know about you but I simply cannot stop looking at the photos of William, Kate and Baby Cambridge from yesterday's hospital departure. Throughout my time blogging, it has to be the most special and moving occasion thus far. It was particularly adorable to hear William turned to Kate and said "Come on Poppet" before ushering her back into the Lindo Wing. 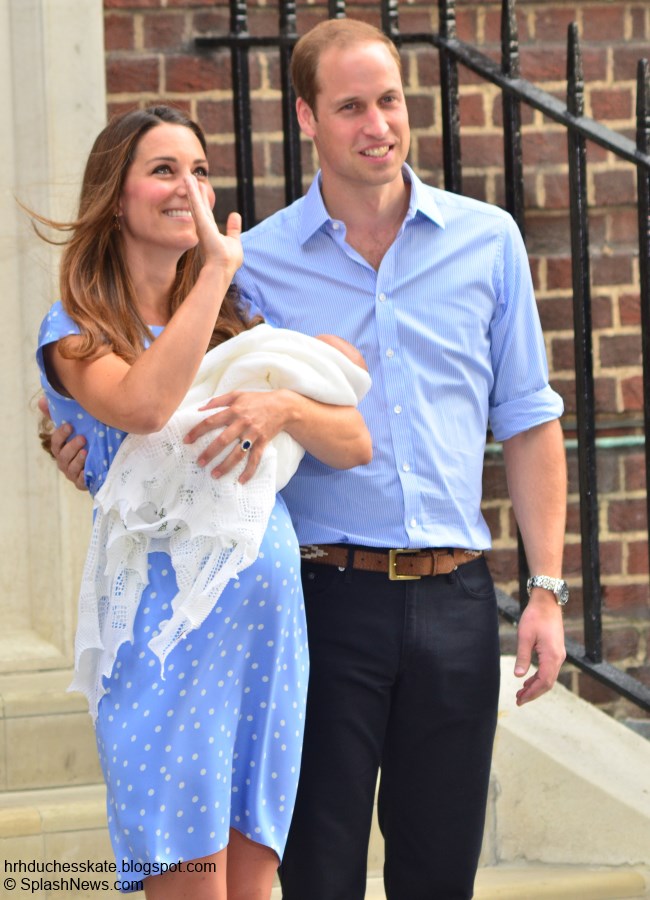 I know many of you were eager to know who made Baby Cambridge's blanket, I have updated yesterday's post with all relevant details. I do hope the Duke and Duchess enjoy their time at the Middleton home with their little Prince.
Posted by Admin at 14:29:00