Kate Gives Birth To A Boy; William: 'We Couldn't Be Happier'

What a glorious day it has been for royal watchers, members of the Royal Family, the Middletons, and most of all William and Kate.


At 4.24 p.m. on July 22nd 2013, Kate gave birth to a healthy baby boy weighting 8 lbs 6 oz. Both mother and baby are doing very well. Prince William was by Kate's side throughout the delivery and will spend the night with his wife and son at St. Mary's.

The full statement from Kensington Palace.

The birth was announced four hours after the birth, allowing the couple to spend the previous hours with their baby in complete privacy. The couple spent the time alone with their baby without any visitors.

In an unexpected move, the announcement came via an email to the press before the notice was placed on the royal easel outside Buckingham Palace.

William and Kate's press secretary leaving the Lindo Wing with the notice for the easel, which was taken by car to Buckingham Palace. 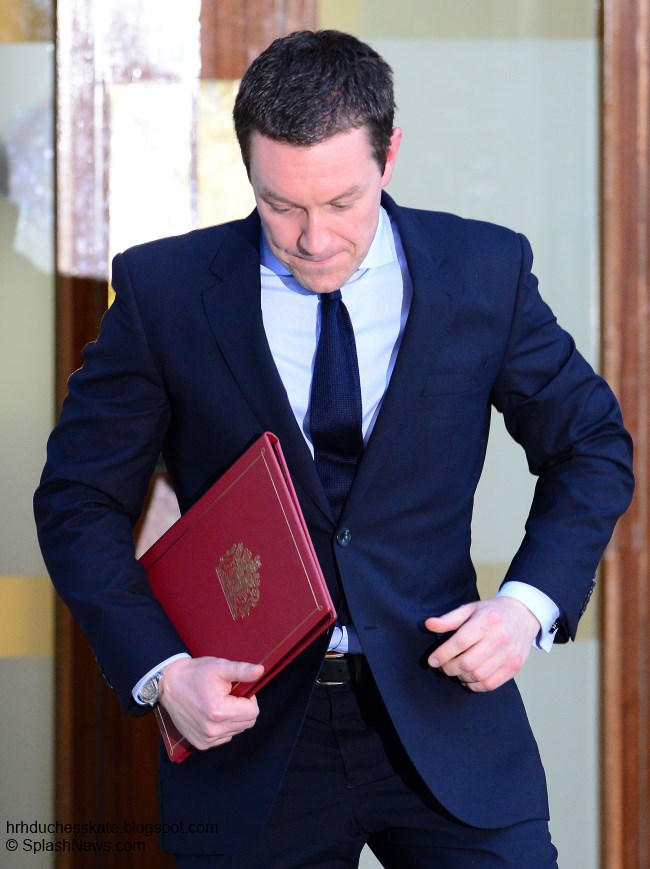 The announcement was placed on the easel by the Queen's press secretary Alisa Anderson. 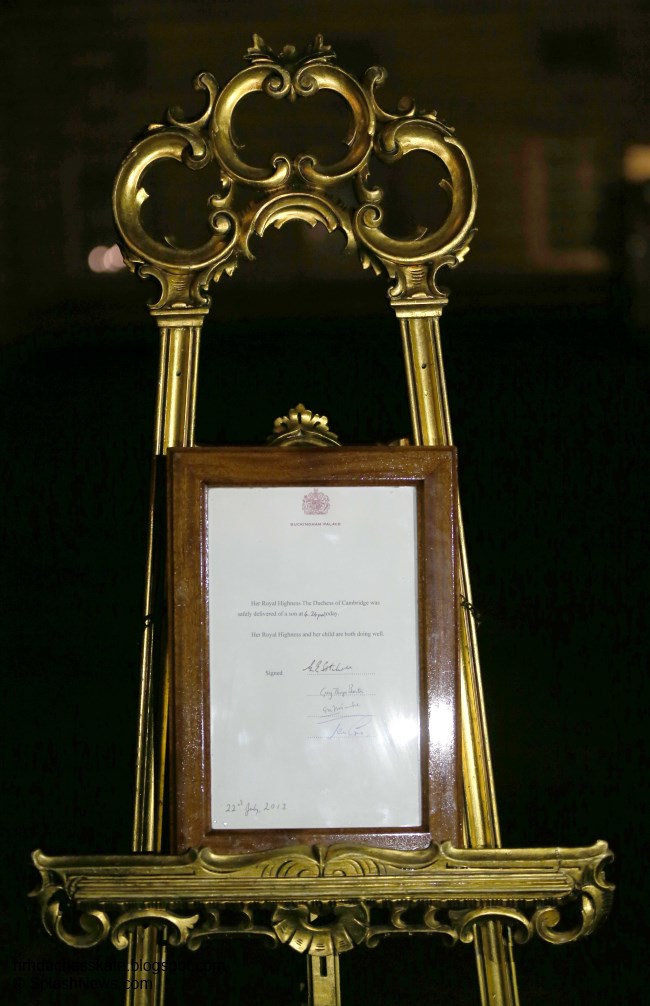 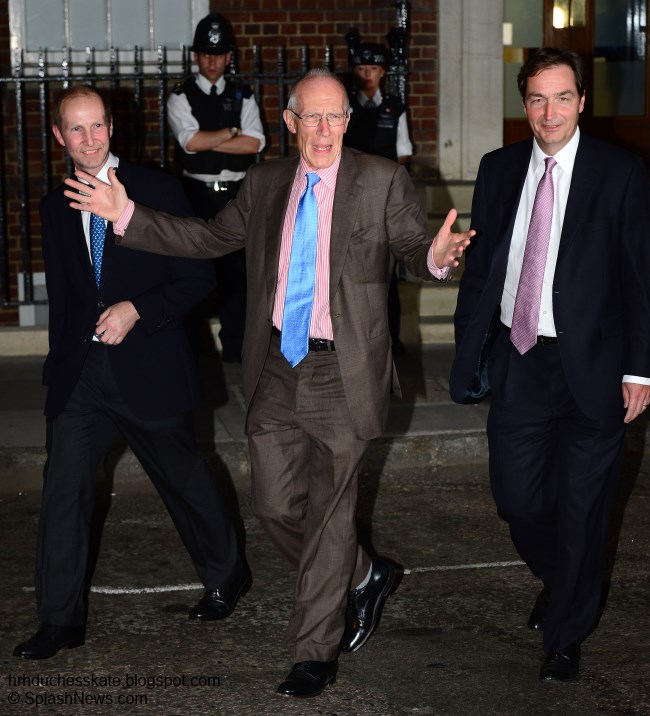 Mr Setchell had this to say about the little Prince:

The Queen and Prince Philip expressed their delight in a Palace statement and grandfather Prince Charles had this to say:

'My wife and I are overjoyed at the arrival of my first grandchild. It is an incredibly special moment for William and Catherine and we are so thrilled for them on the birth of their first boy.

Grandparenthood is a unique moment in anyone's life, as countless kind people have told me in recent months, so I am enormously proud and happy to a grandfather for the first time and we are eagerly looking forward to seeing the baby in the near future.'


There is a carnival atmosphere in Britain and there's only one story everyone is talking about as evidenced by tomorrow's papers.


London landmarks were lit up in blue, with the BT Tower reading "It's a boy".


Those wanting to send their best wishes to the couple can do so via the Clarence House Google + Card.


We had hoped to see Prince William read a statement on the steps of the Lindo Wing, instead he released a brief but perfect statement via the Palace:

'We couldn't be happier.'

I think Williams words spoke volumes, and we couldn't be happier for the couple. I know that sentiment is echoed by those of you who commented and read our Live Blog throughout the day. It was wonderful to share in the excitement with all of you and to read your comments. I expect it is quite possible William, Kate and their baby boy will leave St Mary's at some point early tomorrow. It will be wonderful to see the Cambridge family together and of course to find out the Prince's name, which the Palace said would happen in "due course".