It's Day 12 of Royal Baby watch and royal fans and media from all over the world have their eyes firmly fixed on St Mary's Hospital in Paddington, West London. Kate, who is now roughly nine months pregnant, is apparently expecting her first baby within the next few days and is said to be feeling very well; so well in fact, she considered attending last night's gala evening of music and dance at Buckingham Palace as part of the Coronation Festival.


Specially invited guests were treated to a spectacular feast of music, dance and entertainment. Mike, Carole, Pippa and James Middleton were seated in the Royal Box. No doubt they are all eagerly anticipating the arrival of Baby Cambridge. It's lovely to see the Middleton family included in events like the Coronation Festival and last year's Jubilee celebrations.

Also at the Coronation Festival, Charles and Camilla spoke of their anticipation:

Prince William stifled speculation Kate was due earlier this week by agreeing to participate in a charity polo match on Sunday at Cirencester Polo Club in Gloucester. William committed to playing in the Jerudong Trophy match at the Cotswolds and will raise funds for the Prince's patronages Child Bereavement UK and homeless charity Centrepoint. 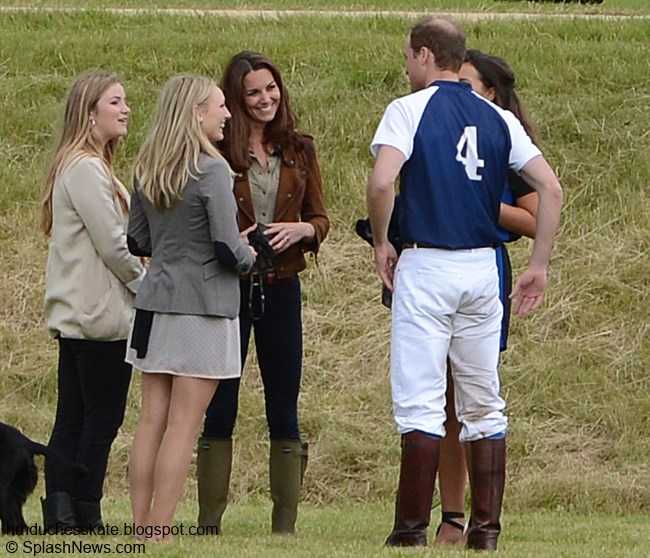 'The Duke will play at Cirencester on Sunday if he can and obviously he won't if he can't.'


The polo club is almost one hundred miles away from London but I don't believe it is an indication of Kate's due date being later than expected. In the event Kate should go into labour William would be able to return to London within a relatively short time. As a first time father, I'm sure William is excited and nervous and most likely wants to keep busy and of course support his patronages at the annual event.

In other news, it is being reported the couple plan to tour Australia and New Zealand in Spring 2014 with Baby Cambridge. Should the trip go ahead it would mirror one undertaken by Charles and Diana who took William to Australia as a baby in 1983. I just love this photo and should the Cambridges tour go ahead as rumoured I'm sure we can all look forward to some adorable photo opportunities. 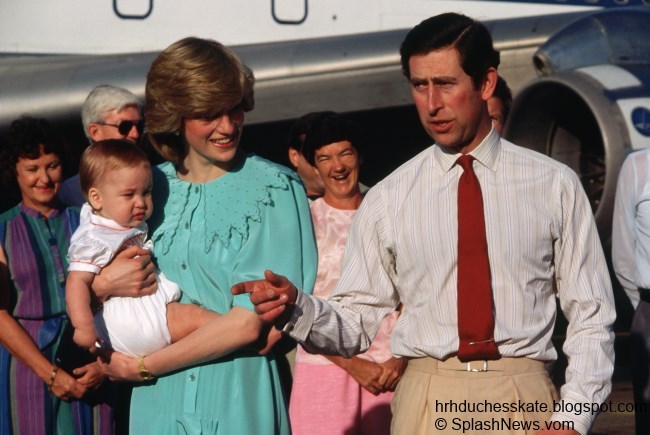 
Back at St Mary's, things are a little crazy, not least with the arrival of these individuals. I think they're supposed to be dressed up as the royal baby. Not quite sure, but it looks quite weird :)

Sky's Paul Harrison shared a photo of a well wisher who arrived a little too early to congratulate the couple.

And the sighting of every helicopter within the vicinity of St Mary's is causing pandemonium with false alarms reported on twitter every couple of hours.

************
I've received a lot of queries asking when official confirmation that the Duchess is in labour will come. Once Kate is settled in the hospital the Palace plan to tell the media and the public Kate is in labour. Below Richard Palmer asks the question: will she be spotted first? Apparently Kate had a check up at St Mary's last Monday and managed to avoid the media glare. I think it entirely possible she will enter the hospital unnoticed.

The Duchess graces the cover of Hello! this week which appropriately reads: "The Time Has Come!"

Finally, the lovely Trisha over at A Petite Princess has set up a store in collaboration with jewellery designer Imogen Sheeran, mother of the immensely talented Ed Sheeran. A selection of Imogen's fun and quirky pieces are available to purchase via Trisha's site with 40% of the proceeds generously donated to the Baby Cambridge Fundraiser. 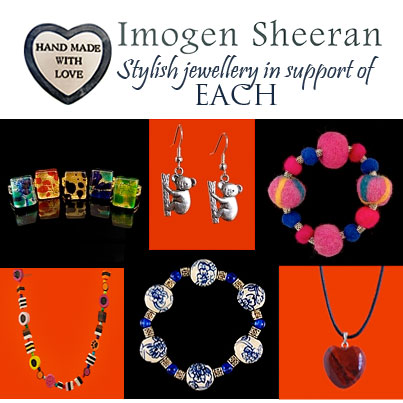