Prince William arrived at Alnmouth station last night for the society wedding of the year.It had been expected the Prince, who turned 31 yesterday would be accompanied by the Duchess, however there was a change of plan as Kate is only three weeks from her due date and Alnwick is 300 miles from London, where the Duchess will be give birth at St Mary's.


More from the Daily Mail story:

'While her due date is still some weeks off, the Duchess has decided not to risk the 300 mile drive to the North East. There is a very slim chance she could go into labour. Kate is gutted - as are Tom and Melissa - but she decided not to take any chances.'


While the Duchess couldn't make it today, I decided to cover the wedding because we've discussed it on the blog for some weeks.

The wedding of Lady Melissa Percy and Thomas van Straubenzee has been dubbed 'the royal wedding of the year' and is the biggest society bash since William and Kate's nuptials. Melissa (known as Missy to her friends) is the daughter of the Duke and Duchess of Northumberland and her ancestral home Alnwick Castle (pronounced Annick) might look familiar to you...


The first two Harry Potter movies were partly shot there leading to Melissa gaining the nickname the 'Hogwarts Heiress'.


The castle is a huge tourist attraction in Northumberland, but had closed for a week in order to prepare for the wedding reception.

The Groomsmen arrived quite early for the wedding which took place at 5 pm in St Michael's Church, Bailiffgate. You can watch a video of William at the Northumberland Gazette saying "hello" to the camera.


Mark Stewart shared a photo of final preparations at the church today. 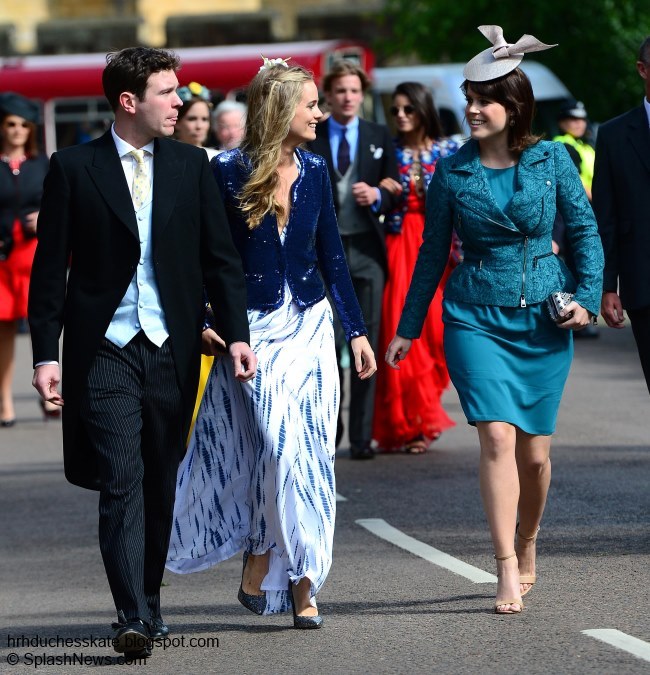 While Harry's ex-girlfriend, trainee solicitor Chelsy Davy, was chief bridesmaid. The royal circle is certainly a close one isn't it? :) 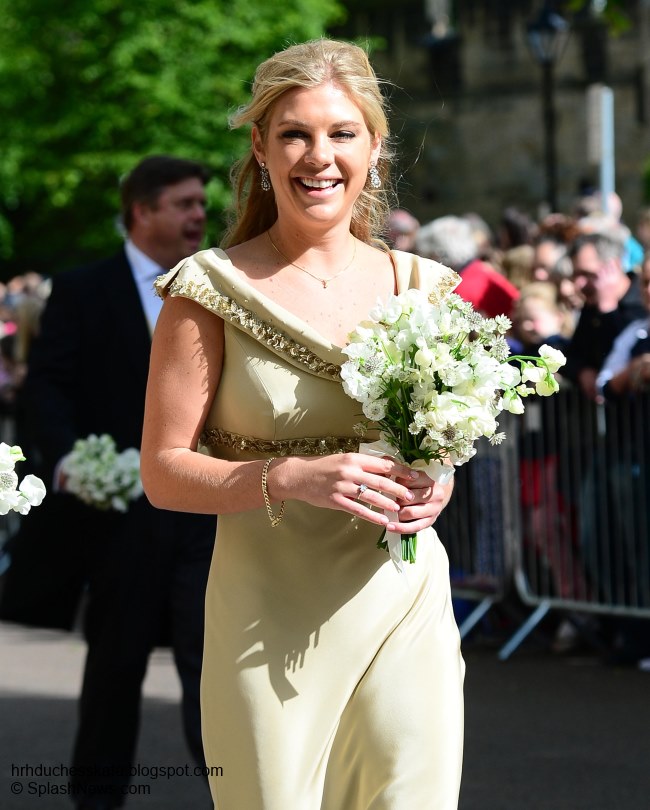 Harry was all smiles upon arrival. 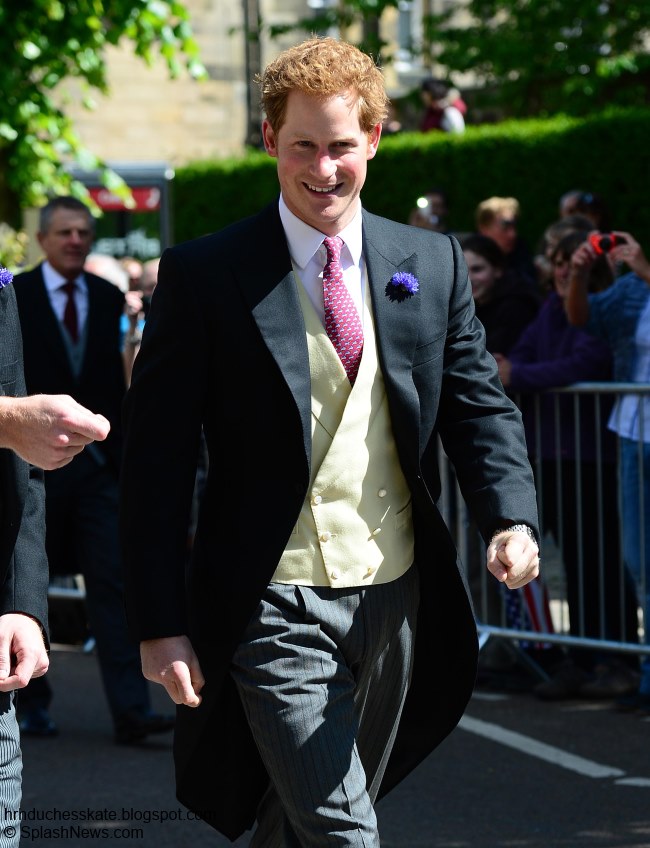 William and Chelsy enjoyed a chat outside the church. 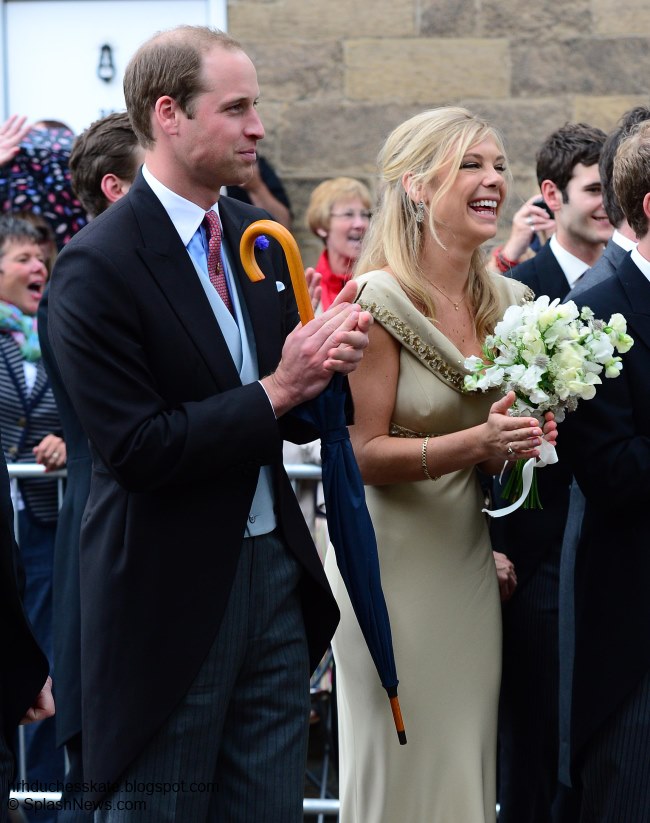 And most importantly, a look at the bride and groom. Lady Melissa looked elegant in a Bruce Oldfield gown with flowers by local florist Caro Dickinson, who also decorated the church. The couple left in a restored horse-drawn carriage that is almost 200 years old.


It appeared to a beautiful wedding and the reception in Alnwick Castle will no doubt be amazing. It was also a special day for the locals who lined the streets to see the bride and groom. It would have been lovely to have seen Kate there, however rest is most important for her at this point.

We'll end this segment by wishing the happy couple all the best and taking a look at Kate and Lady Melissa chatting at a polo game in 2010. 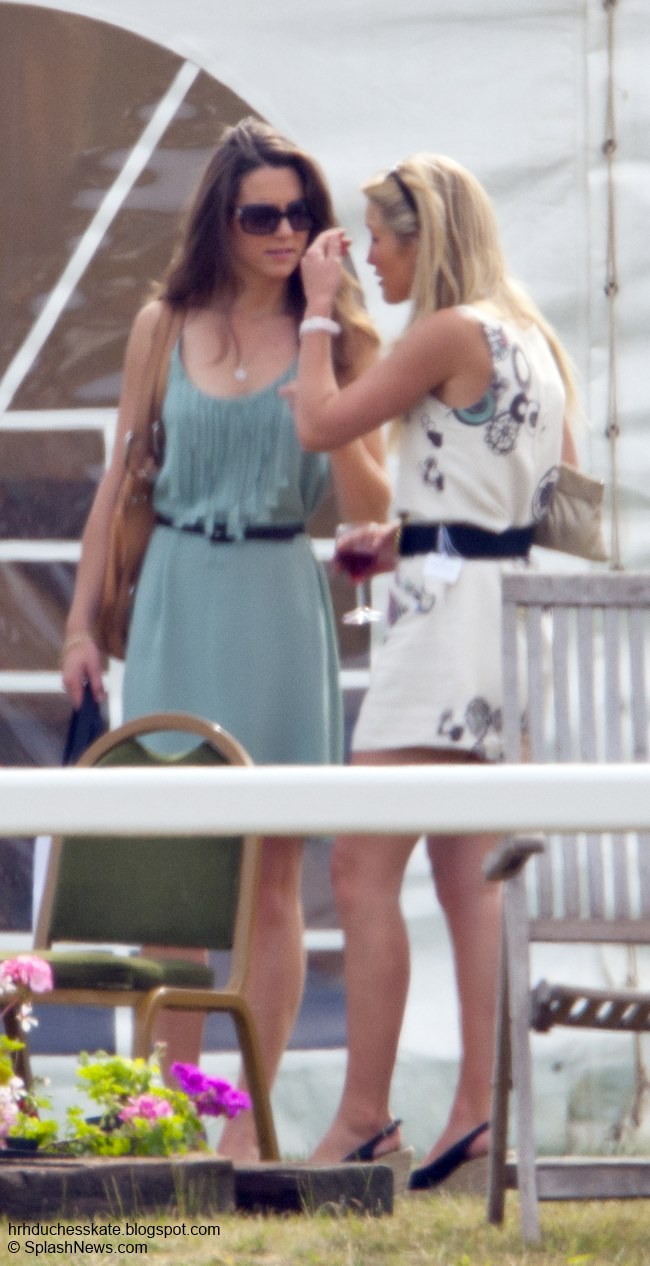 With under a month until the royal baby is due, the folks at Adobe have created an e-card for well wishers from all over the world to sign congratulating the Duke and Duchess of Cambridge on their new arrival. The card, which was created by talented British designer Wayne Hemmingway, officially launched earlier this week. Following the baby's safe arrival it will be electronically delivered to William and Kate.

As requested, our lovely commentor Kate From Texas has kindly shared a selection of photos from Trooping the Colour. Kate, who has just returned from her holiday in London, had a wonderful time and the opportunity to see the Royal Family at the Queen's annual birthday parade.


A closer look at Kate.


The Royal Family on the balcony.

The Wessex children appear to be particularly enjoying the flypast :)


An amazing photo of the RAF flypast.


With many thanks to Kate for sharing her wonderful photos! It was so enjoyable to see them :)


We'll see you Monday with news on the next Baby Cambridge Fundraiser activity. Have a great weekend!
Posted by Admin at 20:01:00